Society Health Feb 3, 2020
Assessing the state of the new coronavirus infection and the outlook for Japan.

Just over three weeks after the Chinese government announced the detection of a new coronavirus on January 9, it had spread across the whole country and beyond, leading to 360 fatalities and more than 17,000 people infected worldwide, as of February 3.

Coronaviruses are communicated among human and animal populations. Previous outbreaks include severe acute respiratory syndrome, which broke out initially in China in 2002, and Middle East respiratory syndrome, which spread from Saudi Arabia in 2012 and caused an epidemic in South Korea in 2015. SARS infected 8,000 and killed 774 people worldwide, while MERS infected 2,500 and killed 858 . As the number of infections from the Wuhan coronavirus has overtaken both of these, the situation is becoming more serious by the day.

With a population of 11 million, the geographically sprawling city of Wuhan has more people than central Tokyo. The outbreak is thought to have originated in a seafood wholesale market that also sold live animals; this market has been closed. To prevent further spread of the disease, the Chinese government has shut off transportation in Wuhan and the surrounding area, effectively imposing a blockade. However, almost half of the city’s population left during the major holidays around Chinese New Year on January 24. As they traveled around China, and to Japan and other countries, the number of people infected steadily increased.

Stock markets have plunged around the world as the outbreak takes its toll on the global economy. In addition to the immediate security measures associated with the virus, Japan faces pressure to contain the problem before this summer’s Olympic and Paralympic Games in Tokyo. With a target of 40 million international visitors this year, the host country will want to curb infection before the Olympics begin in July.

On January 28 in Japan, a bus driver carrying tourists from Wuhan was found to have been infected, while the following day the guide on the bus was also confirmed as having pneumonia from the coronavirus. The driver had no record of visiting China, so this was the first case of the coronavirus spreading from person to person in Japan.

From January 29 to 31, Japanese citizens in Wuhan were transported back to Japan on government-chartered planes. Some of those traveling were found to have been infected. 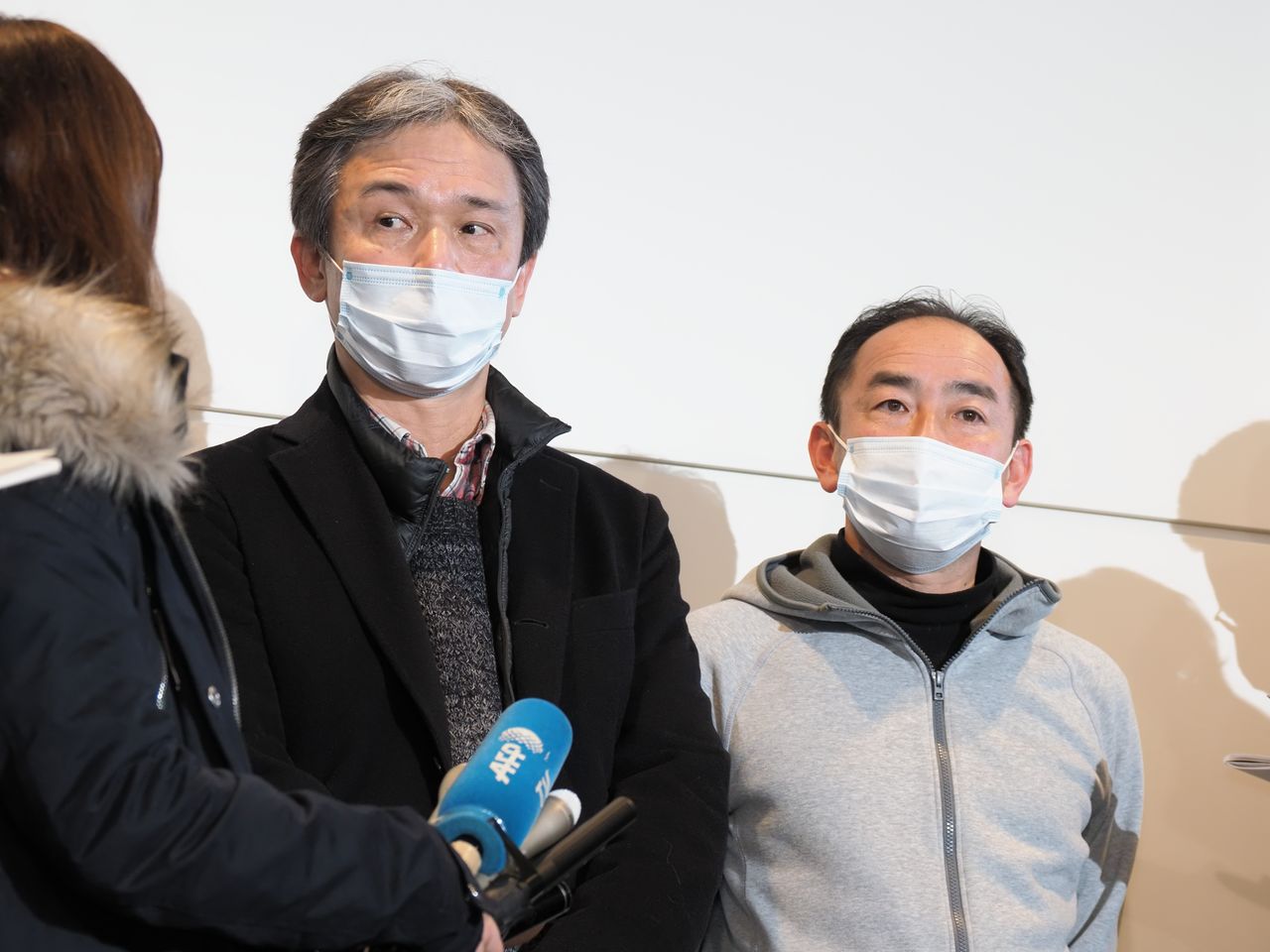 Japanese citizens flown home from Wuhan talk to members of the press at Haneda Airport on January 29, 2020. (© Jiji)

Professor Iwata Kentarō from the infectious diseases division at Kobe University Hospital is a specialist with experience at a Beijing clinic. “Now is the crucial moment,” he says, “which will decide whether the infection will spread or be contained.”

If infection from people entering the country and those around them can be contained, it will prevent an epidemic, notes the professor. “But if the number of patients increases into the dozens or hundreds, their communities will become like Wuhan is now.” The immediate task is to prevent a rise in the number of people infected.

At a meeting of representatives from government ministries and agencies, someone suggested quarantining all returnees from Wuhan for a certain period. However, the Ministry of Health, Labor, and Welfare said it would be illegal to force quarantine on people without symptoms, creating a human rights issue. The MHLW asked returnees without symptoms to measure their body temperature every day and refrain from leaving their homes for two weeks to ensure that they remain healthy beyond the virus’s incubation period. 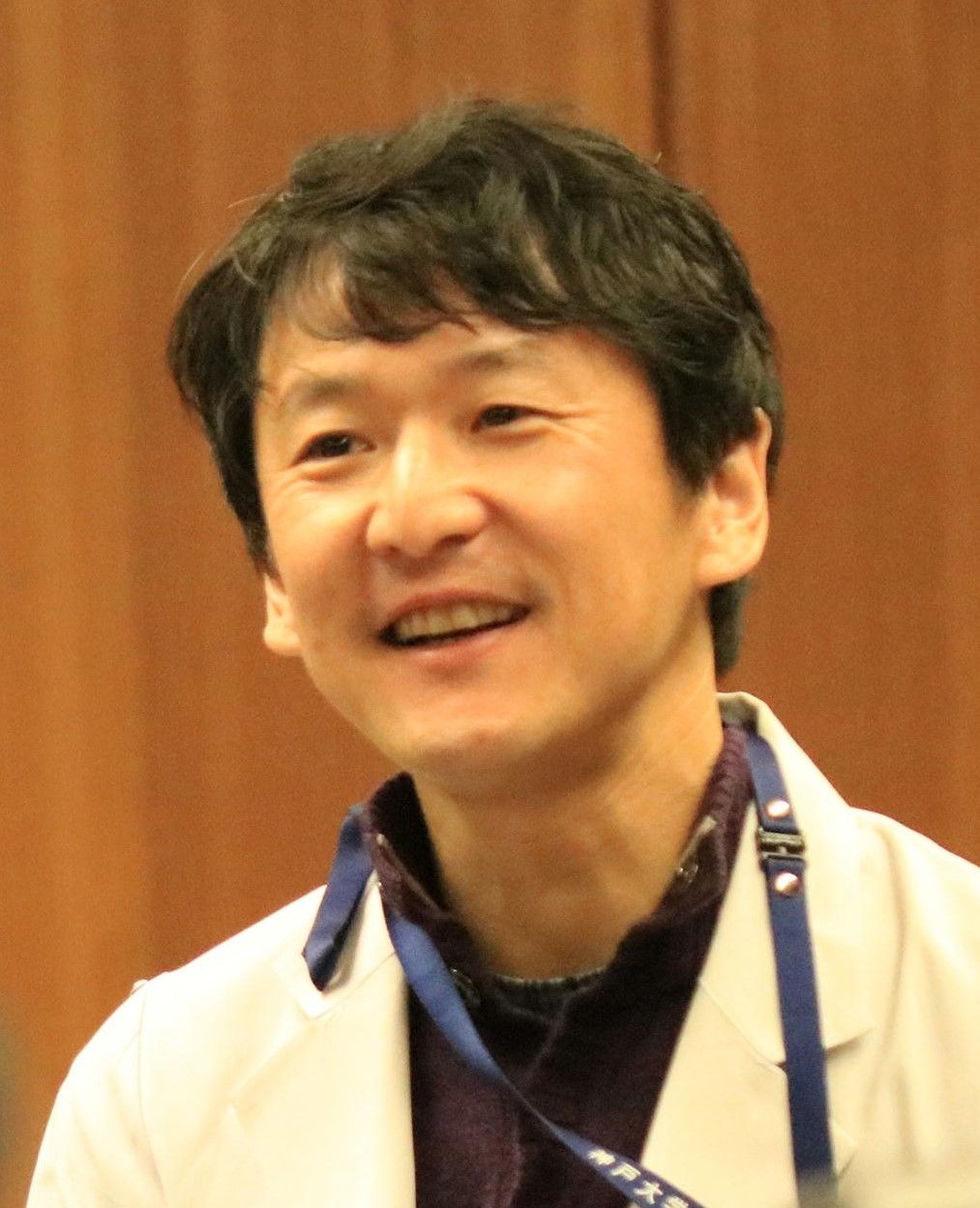 Professor Iwata says, “The 14-day observation period set by the Japanese government is generally good. People should act normally toward the returnees.” He stresses that there is no need to take any unusual action or precautions.

On the question of whether the infection can be contained in Japan before the summer, Iwata says, “It’s difficult to make any predictions. The SARS epidemic came to an end, but the 2009 swine flu virus is still around more than a decade later.” While there are still so many unknown factors, specialists cannot make any judgements about the Wuhan coronavirus, and must focus on gathering more information.

Professor Iwata was in Beijing when SARS was at its height in 2003. “All patients with fevers potentially had SARS, so they were under extreme stress when I examined them. But even though there were thousands of people infected with SARS, the daily life of the city remained the same. China’s a huge country and Beijing’s a big city.”

As yet, no medicine has been developed to tackle the coronavirus, but just passing someone infected in the street is not enough to catch it oneself. Infection requires prolonged contact, so Professor Iwata says, “It’s important not to worry disproportionately and to maintain a healthy everyday life.”

(Originally published in Japanese. Banner photo: A patient thought to be infected with the new coronavirus is carried to an ambulance in Wuhan, China, on January 30, 2020. © Hector Retamal, AFP, Aflo.) 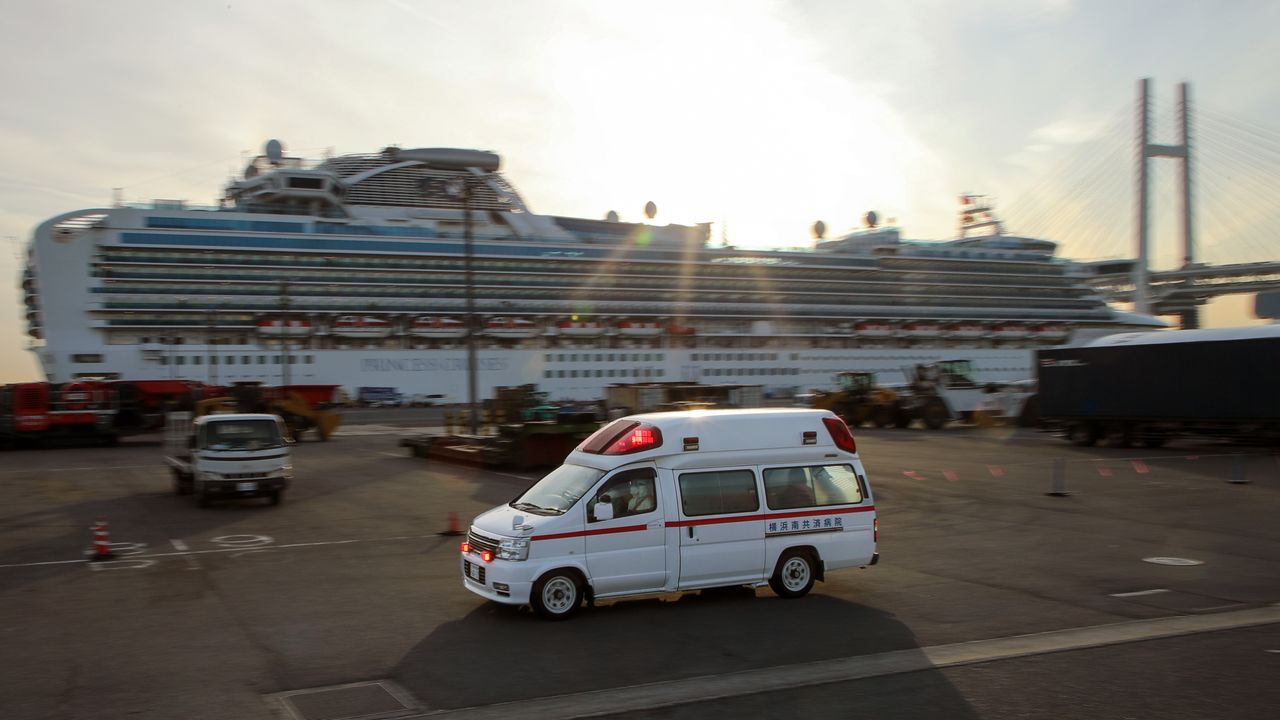