Society Sep 22, 2021
Attack on Titan–themed receptacles for trash and recyclables are raising awareness about marine pollution in Kyūshū.

A startling new can opens its jaws outside Hita Station in Ōita, Kyūshū, inviting passersby to drop in unwanted plastic drink bottles. Based on one of the ferocious titans in the manga and anime series Attack on Titan, written by Ōita Prefecture creator Isayama Hajime, the receptacle is part of a campaign to raise awareness about plastic waste in the world’s oceans.

The receptacle was installed in front of a ramen shop next to the station on June 9 by Coca Cola Bottlers Japan and Change for the Blue, a three-year Nippon Foundation initiative in partnership with the Ministry of the Environment with the aim of reducing marine litter.

Another Attack on Titan garbage can, located near Ōita Station, joined the first on September 14. The two gaping maws will remain in place until November 22. 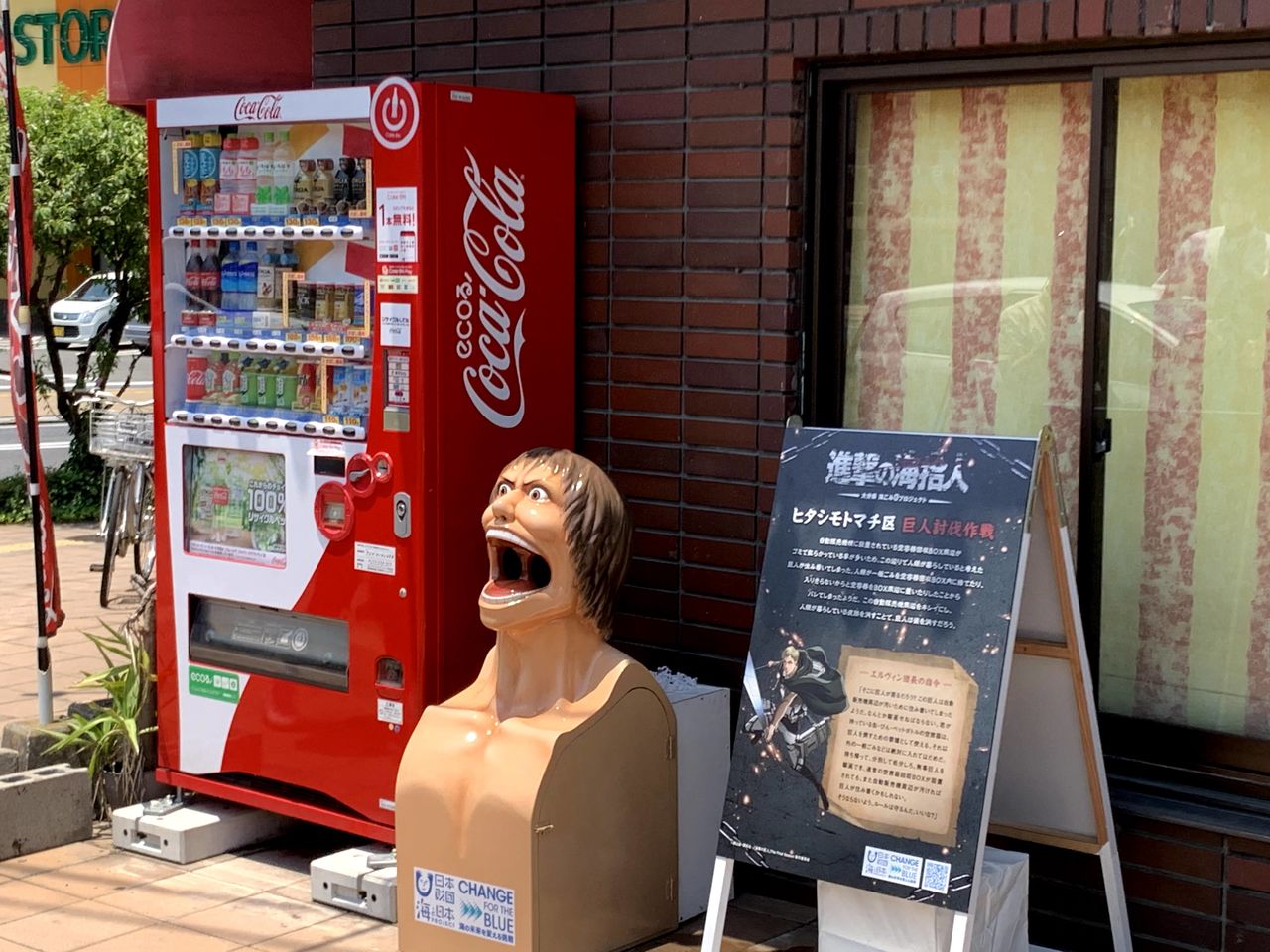 (Originally published in English. Photographs courtesy of the Change for the Blue Ōita Executive Committee.)