Society Education Politics Jun 1, 2022
Japan’s Nippon Foundation has announced a program that will send 15-member groups of volunteers to Kraków and other Polish cities to aid refugees from neighboring Ukraine, especially elderly, disabled, and other Ukrainians in need of particular help.

As Russia continues to mount its military invasion of Ukraine, the Nippon Foundation is arranging the dispatch of student volunteers from Japan to Poland, where they will take part in support operations for elderly Ukrainian refugees, those with disabilities, and others who need special help as they flee the conflict in their country. Seven groups of students will go to Poland—105 volunteers in all—where they will offer aid to the considerable number of Ukrainians who have fled there. Nippon Foundation officials say the Japanese volunteers will join forces with international volunteer groups already on the ground, helping to distribute medicine and food and taking part in mobile assistance activities.

On May 30, 2022, a ceremony marking the departure of the first and second teams took place at the Nippon Foundation headquarters in Minato, Tokyo. Saitō Rinka, a sophomore student at Waseda University, was scheduled to depart with the first team on May 31. Sensorineural hearing loss made her deaf from birth in both ears, but inner-ear reconstructive surgery returned her hearing in childhood, and today she is capable of conversation. Saitō says: “Speaking as someone who has overcome a disability, I know how hard it can be—how much uncertainty you can face, how much of your own emotion you have to repress, just to make it through each day. Through my activities on site, where the refugees are gathering, I hope to share in the worry and inconvenience they are living through in order to do what I can to reduce those feelings for them.”

Sasakawa Yōhei, chairman of the Nippon Foundation, had high praise for the volunteers: “We were pleased to see such enthusiasm, with more than ten students applying for every volunteer spot available. It’s not just the Japanese public who are watching these young people’s actions—the entire world is looking at what these young Japanese, who represent the future of their own nation, are doing. It’s certain to be a valuable experience for them.” 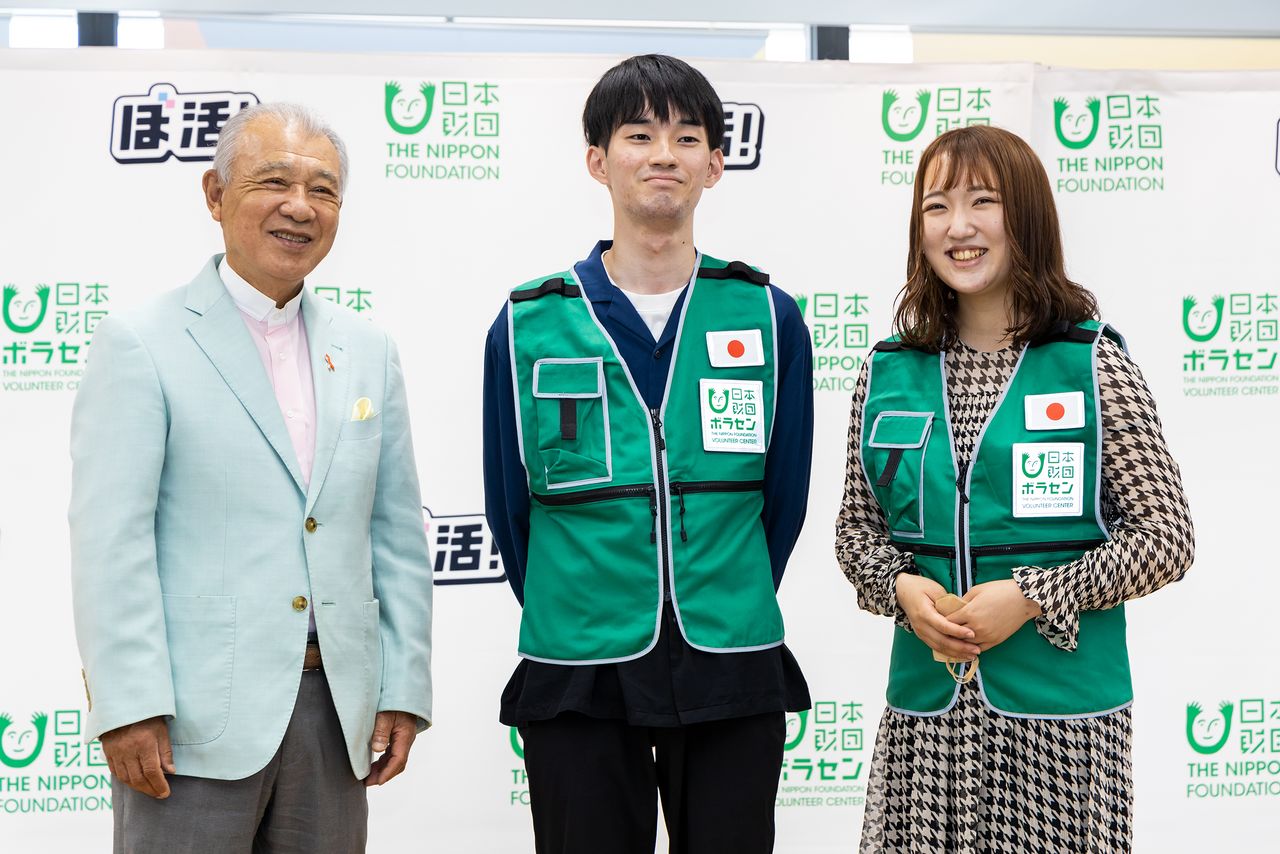 (Originally published in Japanese. Banner photo: Student volunteers in the first two teams to be dispatched to Poland gather at a May 30, 2022, ceremony to send them off. All photos © Nippon.com.)