Japan kicked off its World Cup campaign on June 19 with a stunning win over Colombia at Mordovia Arena in Saransk, Russia. Samurai Blue was aided by an early send-off that reduced the Colombian side to 10 players and was able to convert its advantage into a 2–1 victory with goals from midfielder Kagawa Shinji and striker Ōsako Yūya.

The win is the first for an Asian team against a South American opponent in the World Cup and gives Japan a boost heading into its two remaining Group H matches against Senegal and Poland. National Team Coach Nishino Akira is hoping to steer his squad to the knock-out stage for the first time since 2010 and the third time in the team’s history. 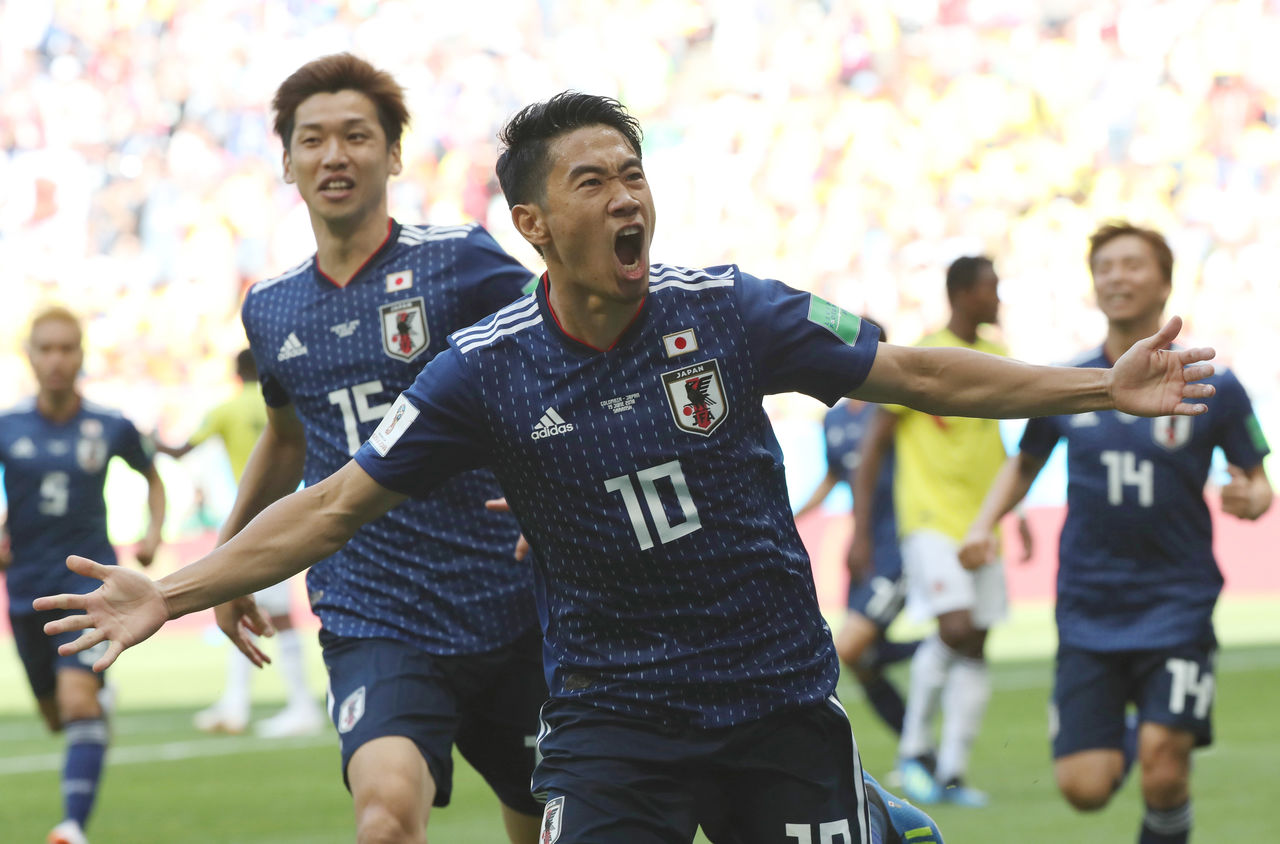 Japan midfielder Kagawa Shinji celebrates after converting a first-half penalty kick to give Japan a 1–0 lead against Colombia at Mordovia Arena in Saransk, Russia, on June 19. (© Jiji) 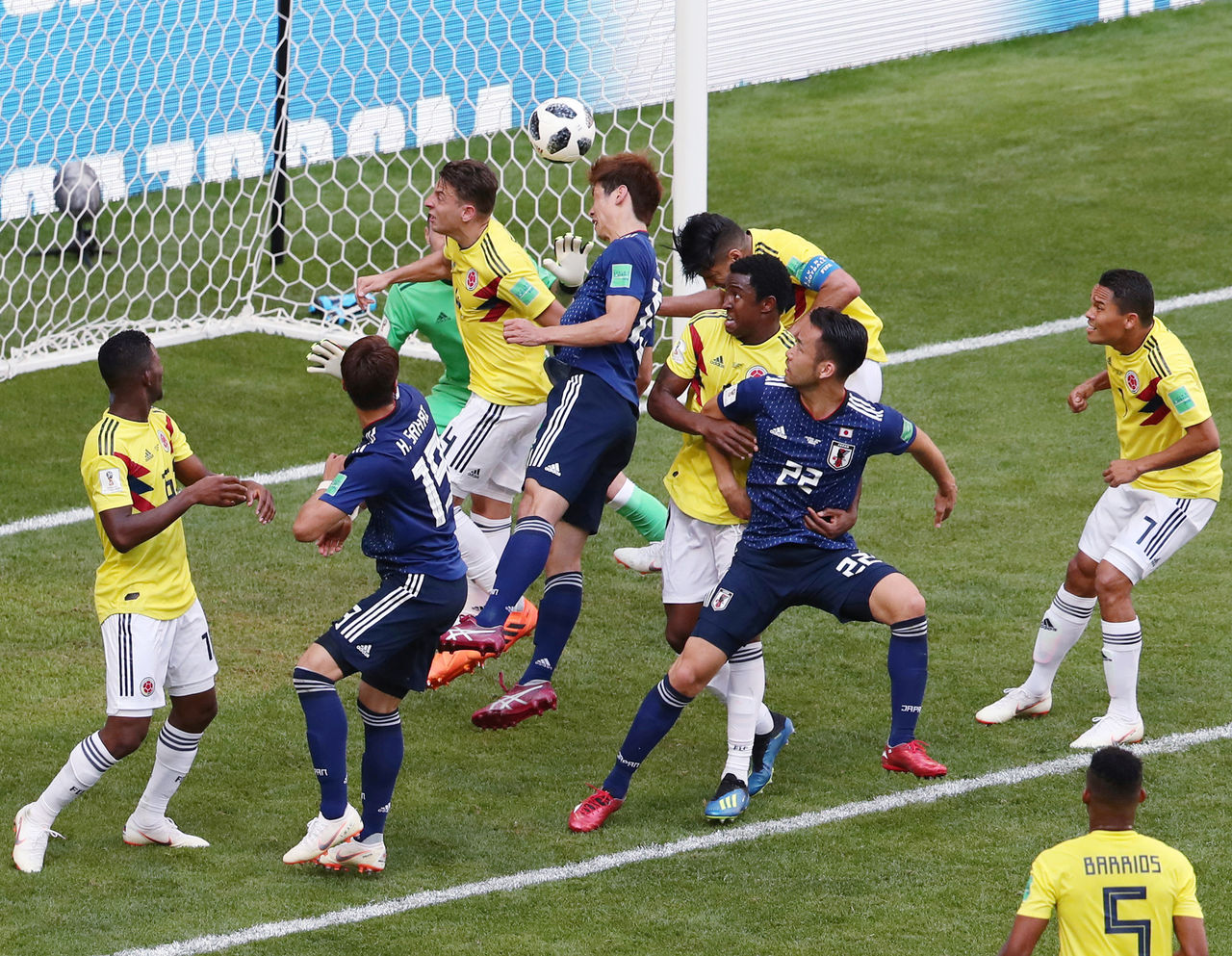 Ōsako Yūya heads a corner into the net during the second half to seal Japan’s historic 2–1 win over Colombia on June 19 in Saransk, Russia. (© Jiji)