In a September 28 Rugby World Cup Pool A game at Shizuoka Stadium Ecopa, Fukuroi, Shizuoka Prefecture, Japan defeated Ireland by 19–12. It was the first time in 10 games for Japan to take down the formidable Irish team, which is seen as one of the leading candidates to win the current championship. And it was the second major upset victory for Japan’s Brave Blossoms in the World Cup, following their 34–32 win over South Africa at the previous championship in England four years ago. 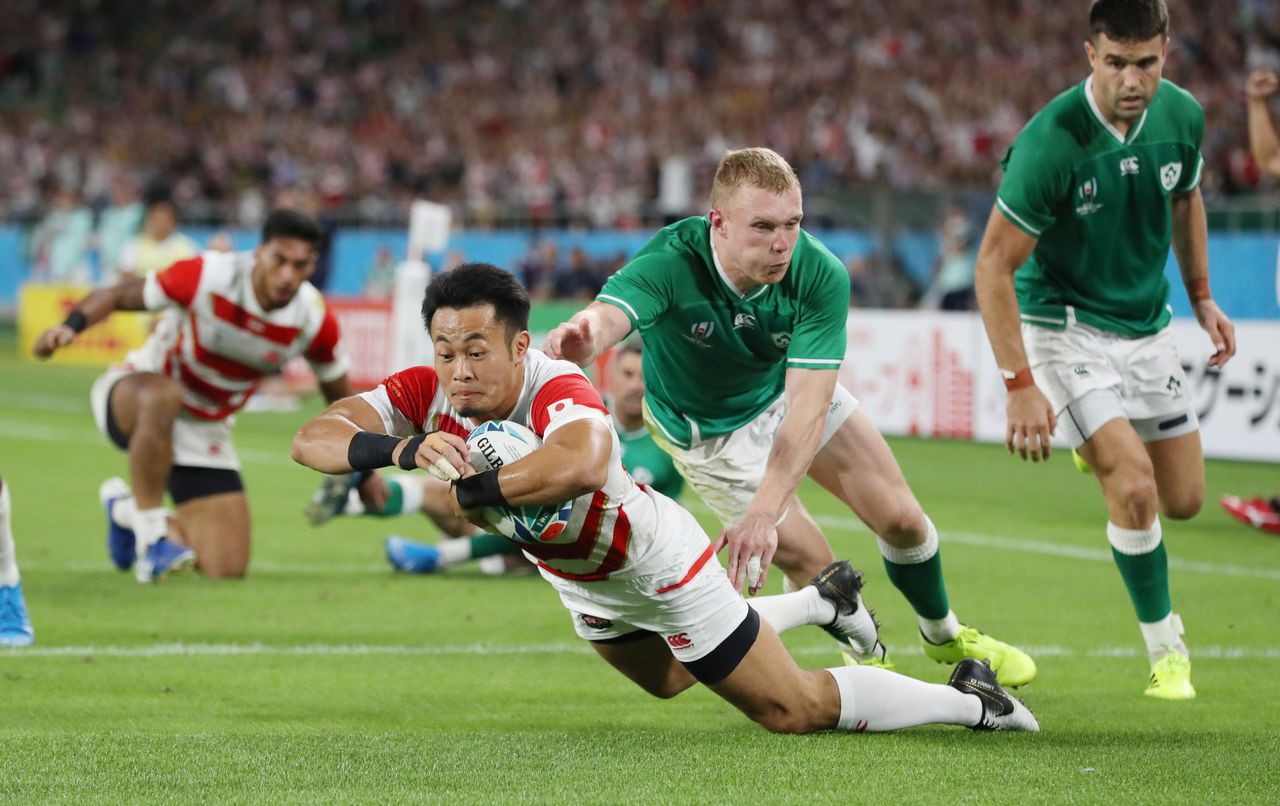 Japan’s Fukuoka Kenki scores a try against Ireland in the second half of the Rugby World Cup Pool A game at Shizuoka Stadium Ecopa on September 28. (© Jiji)