In their Pool A match against Samoa at City of Toyota Stadium in Aichi Prefecture on October 5, Japan’s Brave Blossoms won by a score of 38–19. It was the third straight victory for the Japanese national team playing in the Rugby World Cup, giving them 14 points and substantially improving their prospects for progressing to the quarterfinals. On October 13, in their fourth and final Pool A match, the Brave Blossoms will face off against Scotland. 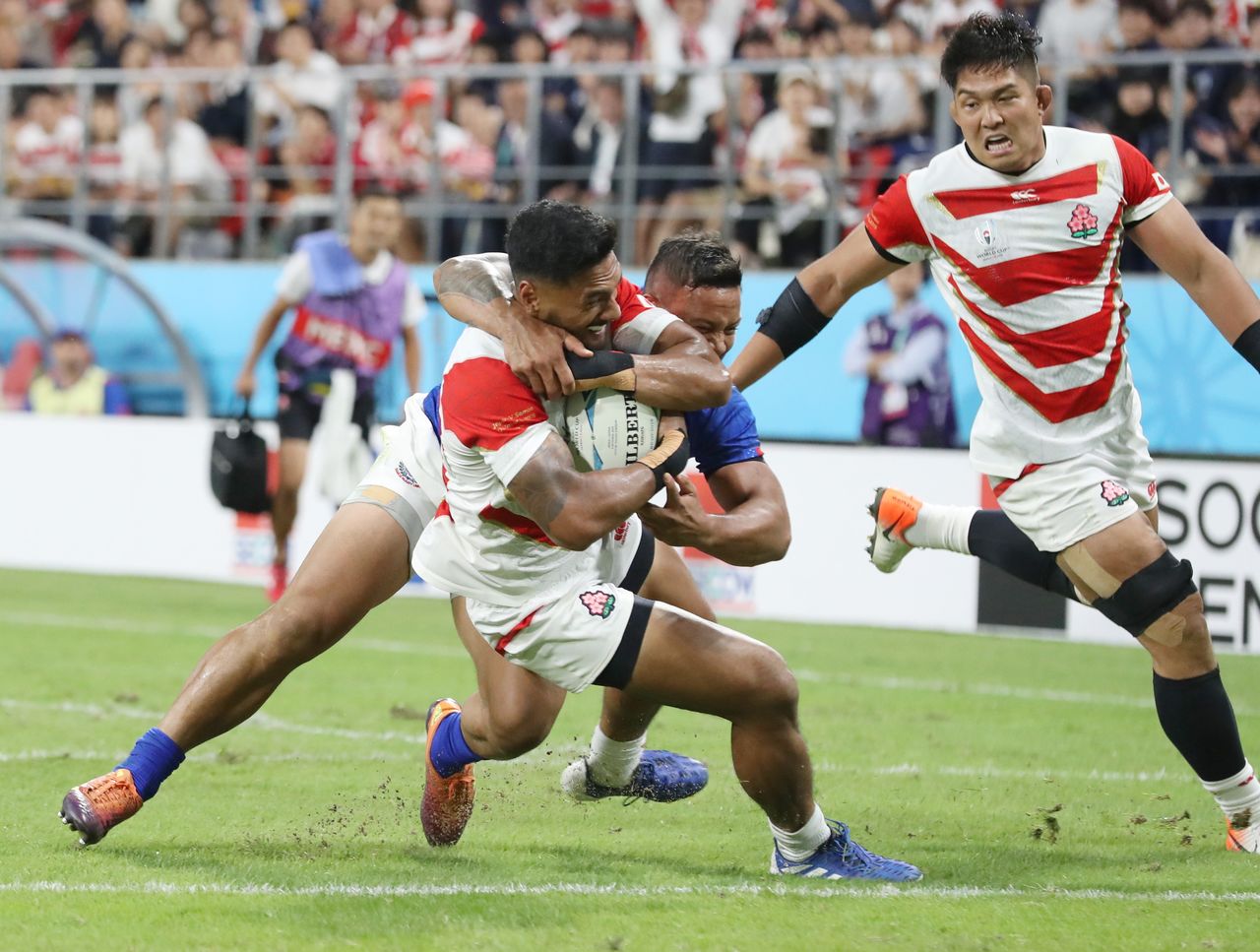 Samoa-born Timothy Lafaele , a center on the Japanese team, carries the ball across the goal line for a try in the first half of the Rugby World Cup Pool A match between Japan and Samoa in Toyota, Aichi Prefecture, on October 5. (© Jiji)