The Shukuga Onretsu no Gi, a ceremonial procession to celebrate the enthronement of Emperor Naruhito and Empress Masako, took place on the afternoon of Sunday, November 10. The imperial couple rode in a specially ordered convertible car along some 4.6 kilometers of a central Tokyo route lined with police and wellwishers from around the country. See the archive of our live coverage of the event. 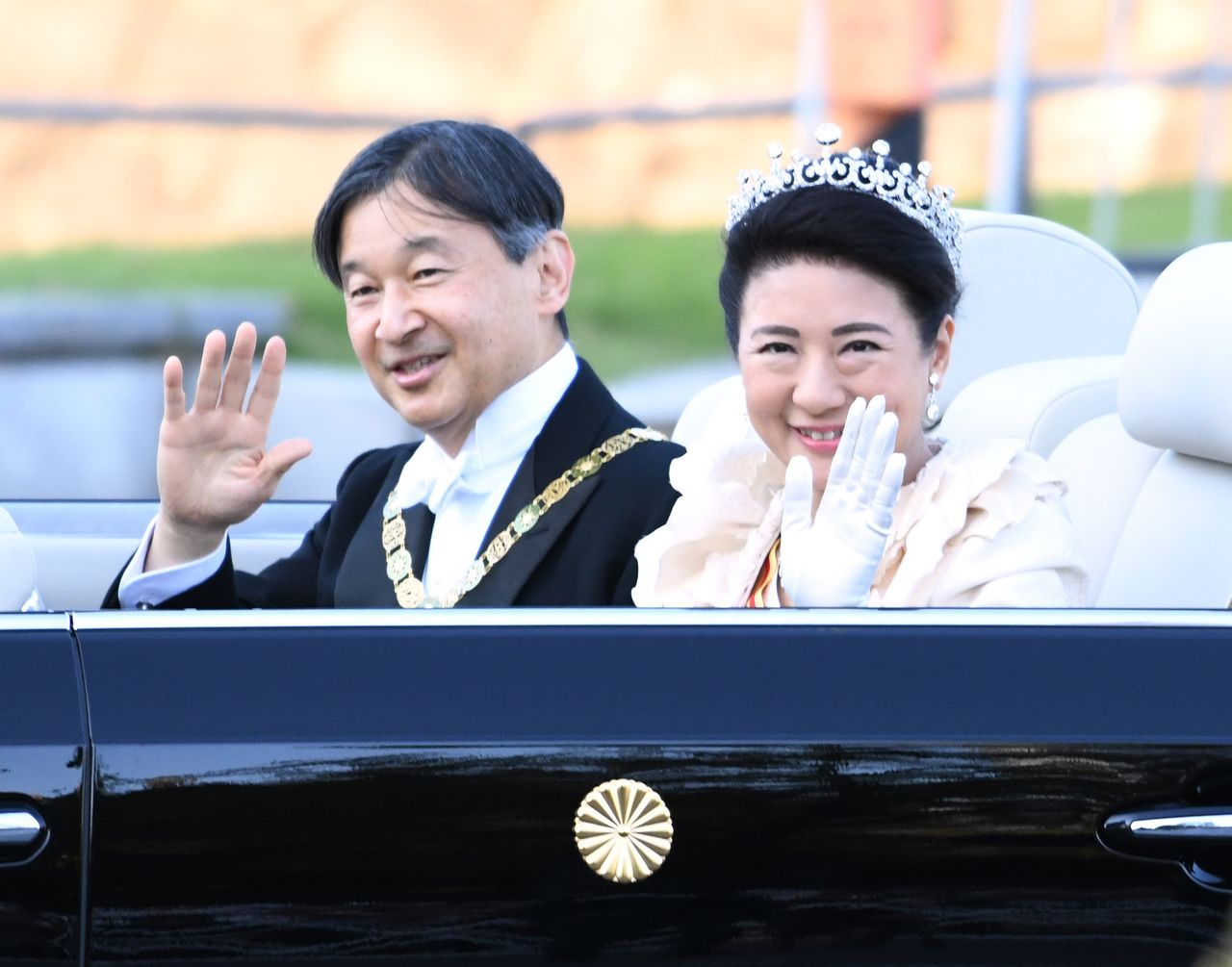 Emperor Naruhito and Empress Masako wave to parade-watchers during the November 10 procession. (© Jiji) 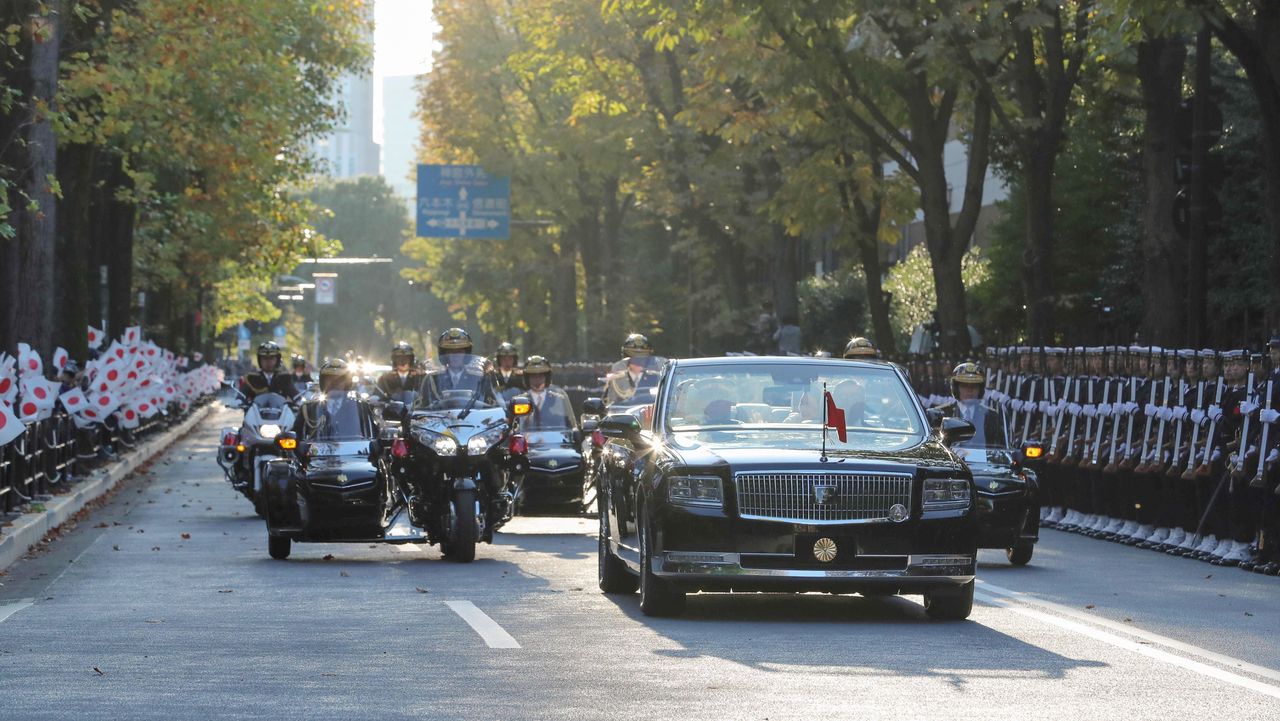 The procession makes its way past a Self-Defense Forces honor guard at right. (© Jiji) 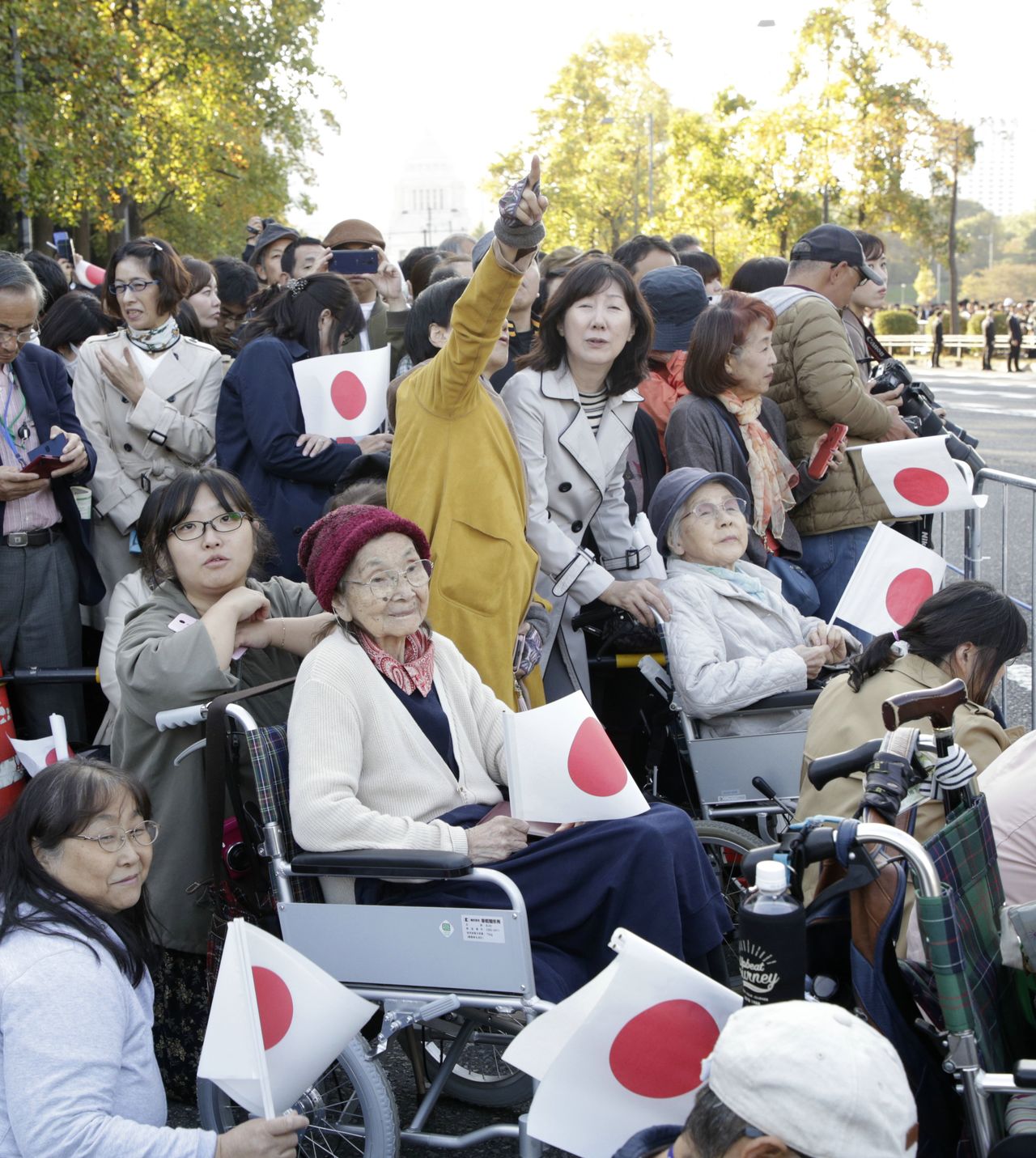 Onlookers wave Japanese flags as they watch the parade from a spot near Sakuradamon. (© Jiji) 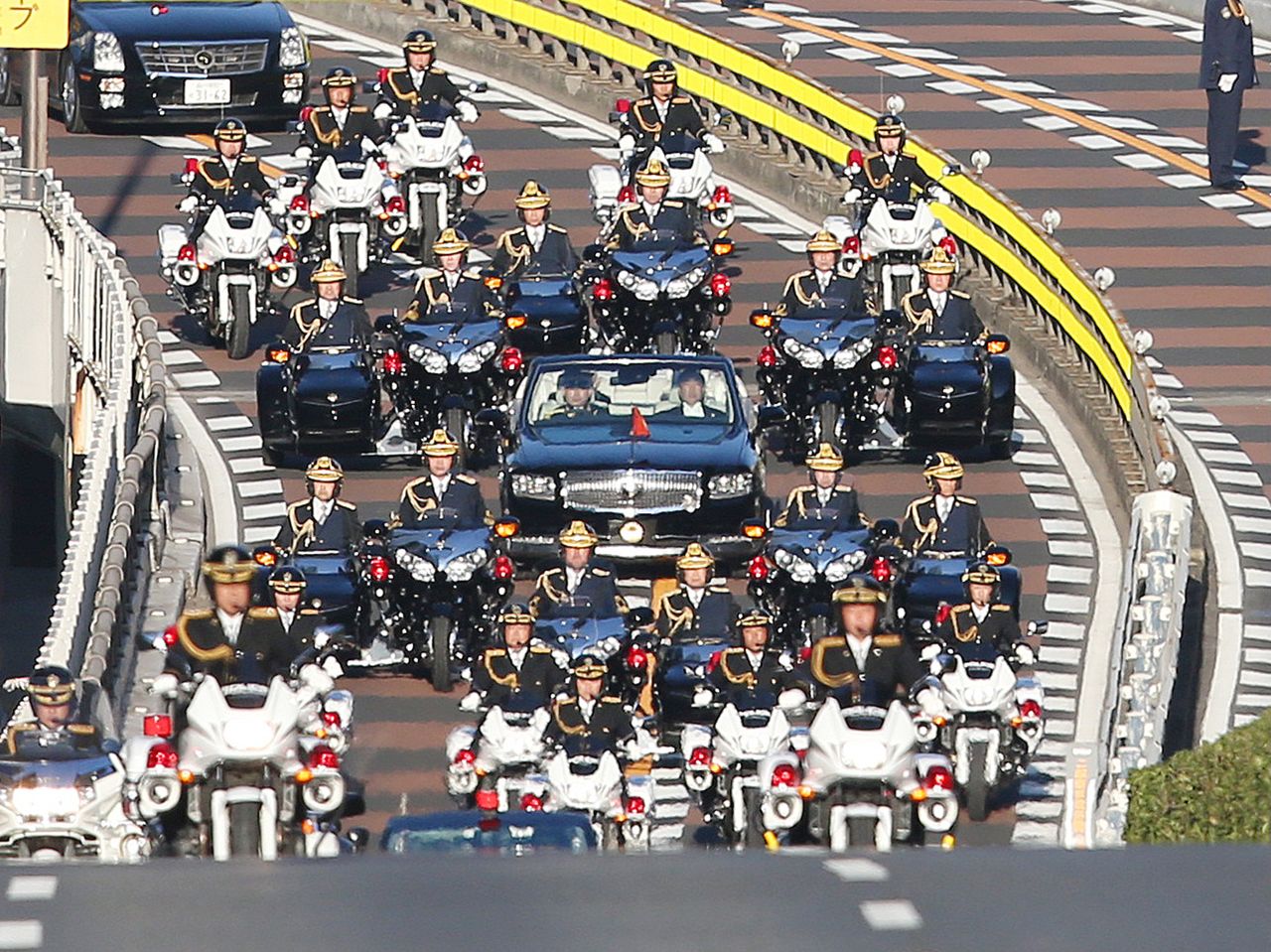 The imperial automobile and its surrounding escorts make their way down Aoyama-dōri in central Tokyo on November 10. (© Jiji)