Society Aug 3, 2020
A rise in COVID-19 infections and torrential rains in Kyūshū were among Japan’s top stories in July 2020.

The Bank of Japan publishes its June Tankan (Short-Term Economic Survey of Enterprises). The business sentiment index for large manufacturers drops to –34, its lowest level since June 2009.

The Government Pension Investment Fund announces that it posted a loss of ¥17.7 trillion during the first quarter of 2020.

The rainy season front brings torrential downpours to Kyūshū. The Kuma River in Kumamoto Prefecture overflows its banks, and there are landslides and flooding. A total of 70 fatalities are recorded across Kyūshū. 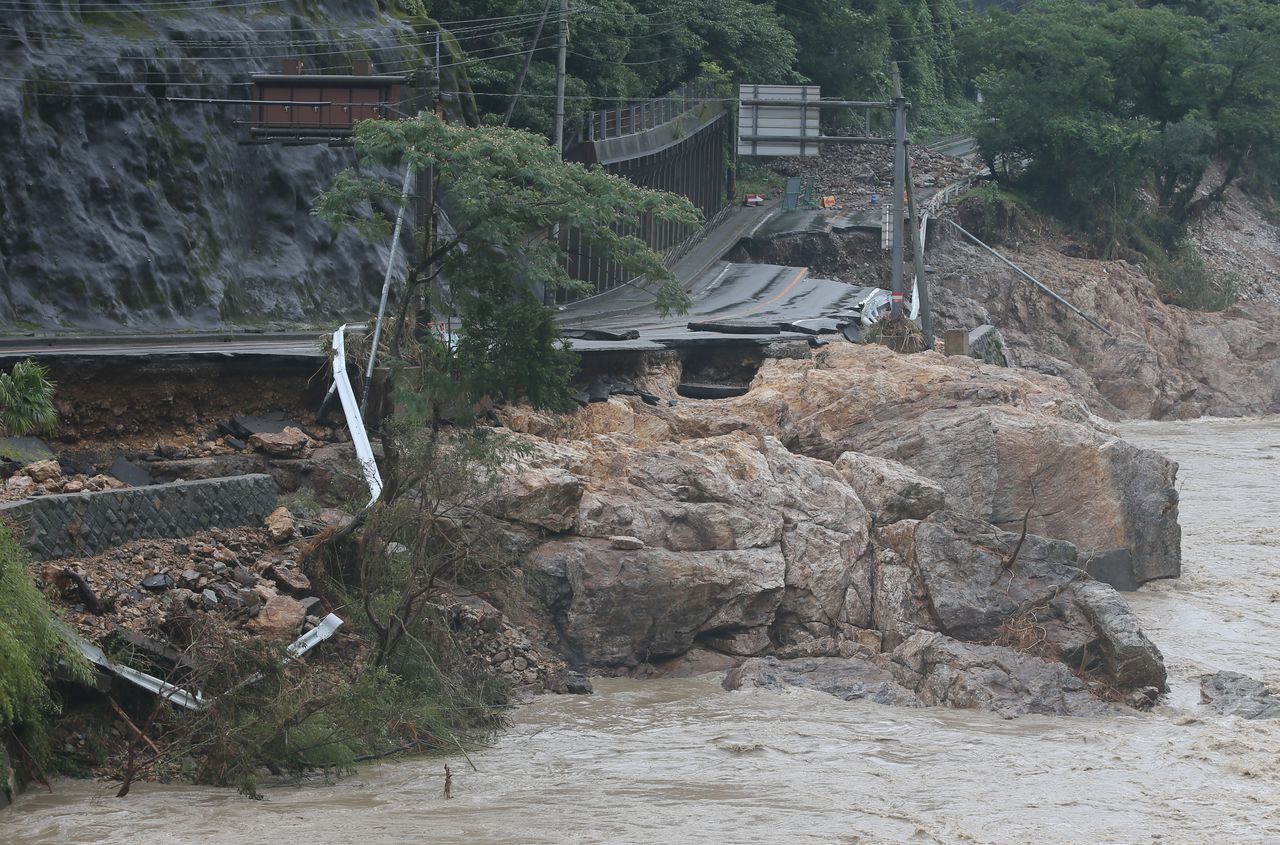 A national highway damaged by downpours beside the Kuma River in Kumamoto Prefecture on July 6, 2020. (© Jiji)

Tokyo Governor Koike Yuriko is reelected by a landslide, receiving over 3.6 million votes, the second-highest total ever received in a Tokyo gubernatorial contest..

Tokyo police arrest Kakehashi Saki on suspicion of neglecting her three-year-old daughter, who starved to death.

Former Justice Minister Kawai Katsuyuki and his wife Anri, both current lawmakers, are charged with buying votes during her campaign in the July 2019 House of Councillors election.

The Ground Self-Defense Force begins provisional deployment of Osprey transport aircraft at Camp Kisarazu in Chiba Prefecture, its first ever use of the aircraft.

Minister of Land, Infrastructure, Transport, and Tourism Akaba Kazuyoshi announces the launch of a “Go To Travel” campaign to support the tourism industry, which has been hit hard by the COVID-19 crisis. On July 16, trips to and from Tokyo, which is seeing rising numbers of coronavirus cases, are excluded from the campaign.

Five professional baseball matches and one J2 soccer match are held in front of supporters for the first time this season. A sumō tournament with fans in the stands also begins on July 19 in Tokyo. A joint meeting between professional baseball and soccer bodies on July 27 decides to maintain the upper limit of 5,000 spectators until the end of August. 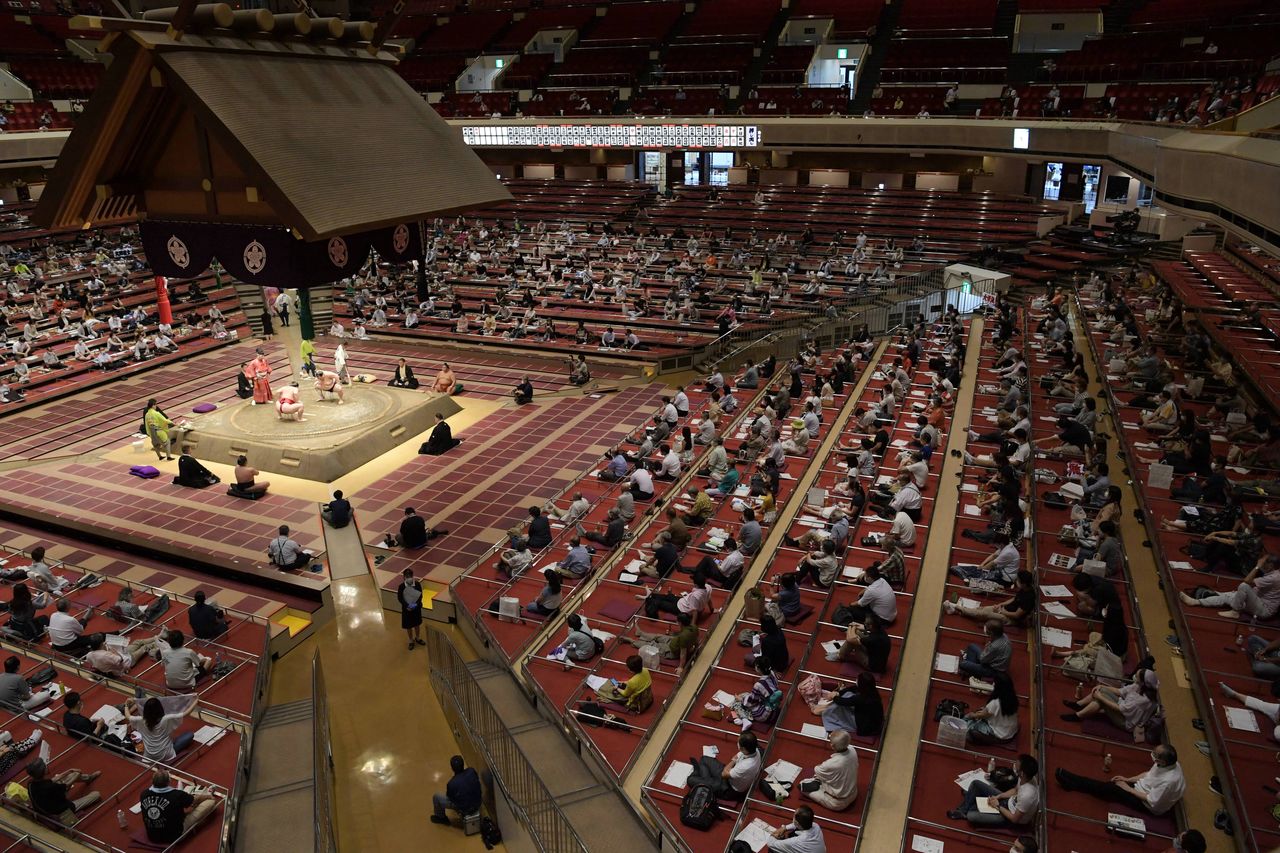 Distance is maintained between spectators at the summer sumō tournament at the Ryōgoku Sumō Hall on July 27, 2020. (© Jiji)

The Akutagawa Prize is awarded to Takayama Haneko for Shuri no uma (The Shuri Horse) and Tōno Haruka for Hakyoku (Breakup). Hase Seishū wins the Naoki Prize for Shōnen to inu (The Boy and the Dog).

Fujii Sōta wins the Kisei title to become the youngest-ever holder of a major shōgi title at the age of 17 years and 11 months.

A memorial ceremony is held on the first anniversary of an arson attack that killed 36 people at Kyoto Animation’s studio in Kyoto’s Fushimi Ward. 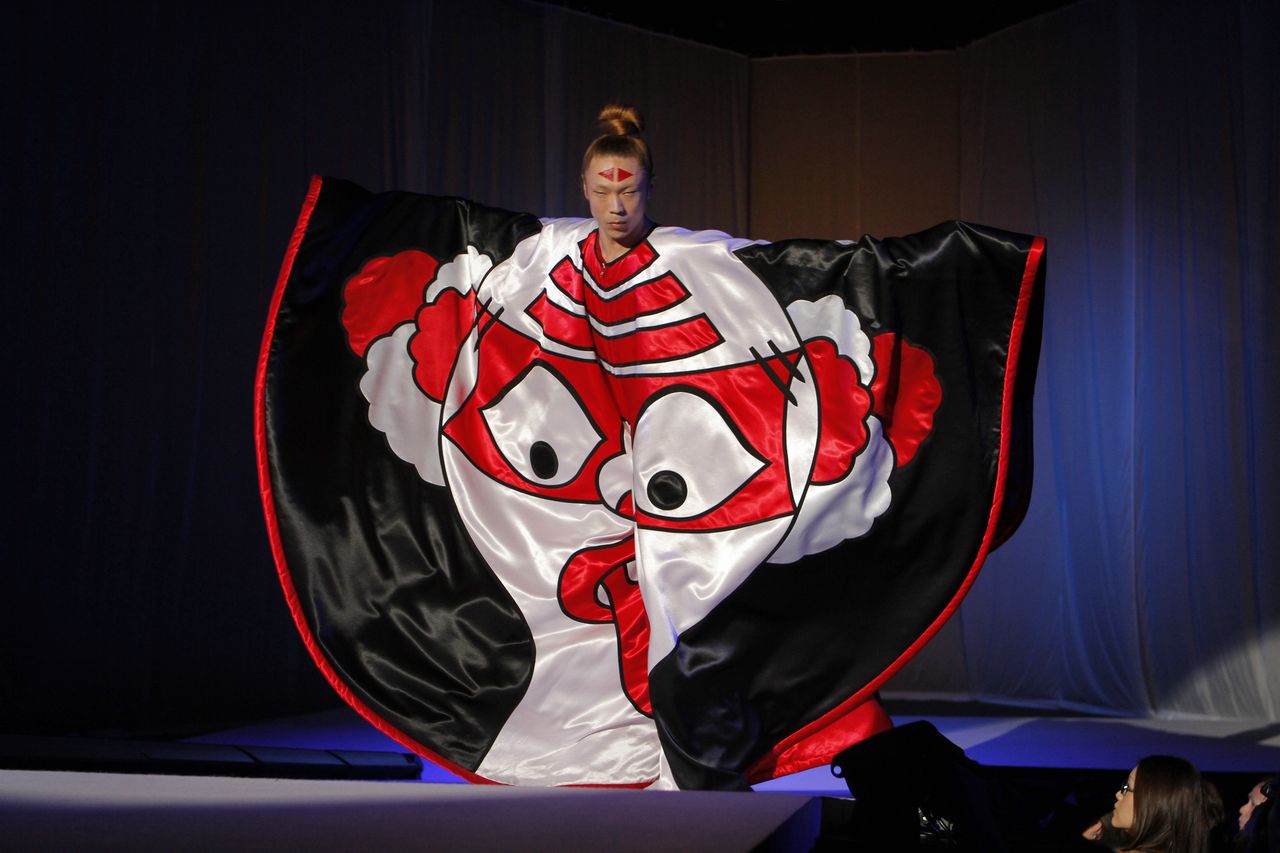 Kyoto police arrest doctors Ōkubo Yoshikazu and Yamamoto Naoki on suspicion of killing a woman with the disease amyotrophic lateral sclerosis at her own request.

Hiroshima District Court recognizes 84 residents of Hiroshima Prefecture as having suffered damage to their health from radioactive black rain that fell after the 1945 atomic bombing, and orders local authorities to issue them with hibakusha certificates.

More than 1,000 new COVID-19 cases are reported nationwide for the first time in a single day, as the daily total reaches 1,261.

The Cabinet Office forecasts Japan’s gross domestic product to shrink by 4.5% in fiscal 2020, which would be steeper than the 3.4% decline during the global financial crisis in fiscal 2008.

(Originally published in Japanese. Banner photo: Fujii Sōta wins the Kisei title to become the youngest-ever holder of a major shōgi title in Osaka on July 16, 2020. He receives flowers from his teacher Sugimoto Masataka. © Jiji.)