Society Aug 2, 2021
Tokyo entered its fourth state of emergency, and the delayed Olympic Games began in the capital in July 2021.

The Government Pension Investment Fund announces a record ¥37.8 trillion in investment returns in fiscal 2020, posting a profit for the first time in two years.

Heavy rain leads to a major landslide in Atami, Shizuoka Prefecture, killing more than 20 people, and damaging dozens of buildings. Improper disposal of landfill on a slope is thought to have triggered the disaster. 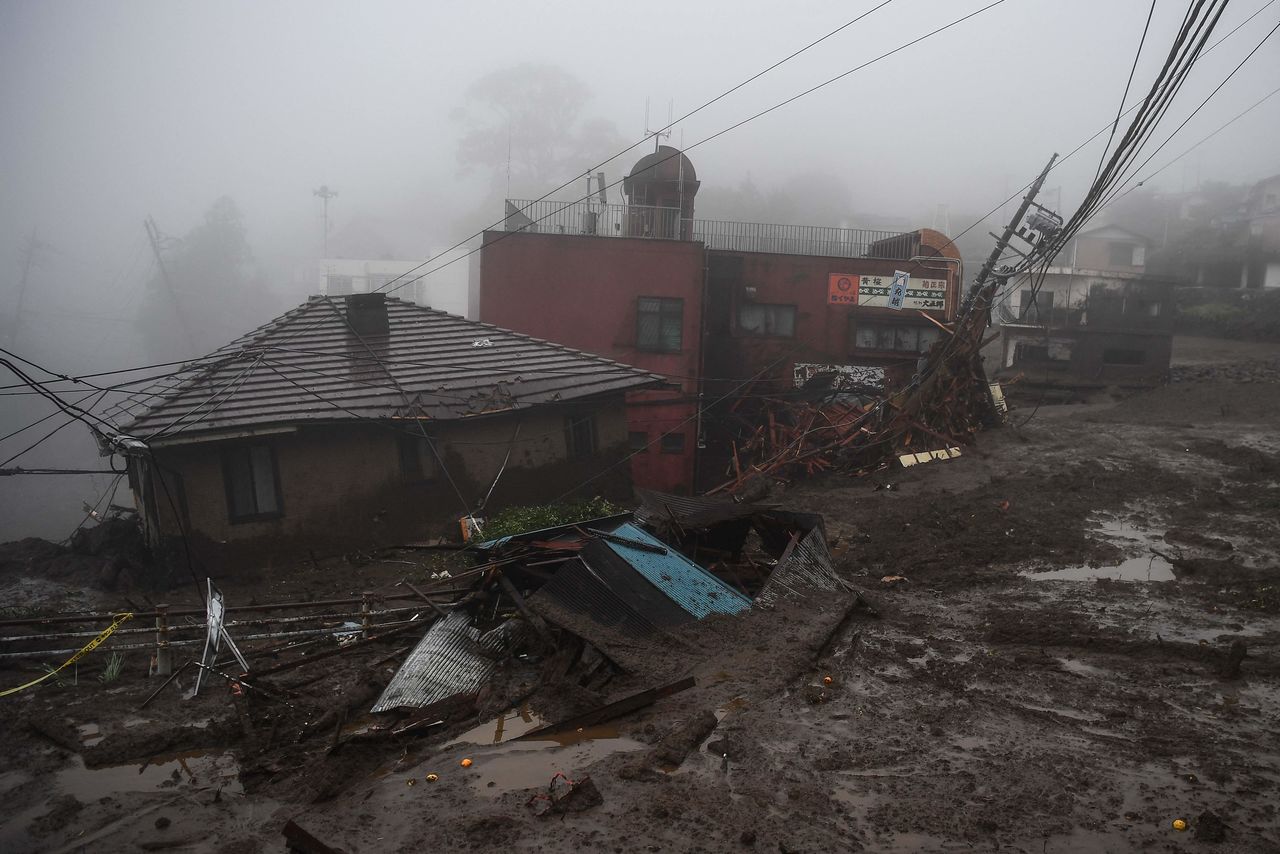 Buildings damaged by the landslide in Atami, Shizuoka Prefecture, on July 3, 2021. (© AFP/Jiji)

Shōgi player Fujii Sōta is promoted to the ninth dan, the game’s highest rank. At the age of 18 years and 11 months, he is the youngest player to reach the top rank, and the first to do so while a teenager.

The Ministry of Finance announces overall tax revenue of ¥60.8 trillion in fiscal 2020, setting a new record for the first time in two years.

Pitcher Matsuzaka Daisuke of the Saitama Seibu Lions, who previously played for the Boston Red Sox and New York Mets, announces his retirement from professional baseball.

Representatives from the Tokyo Olympics and Paralympics organizing committee, the national government, and other involved parties agree that events held in the prefectures of Tokyo, Kanagawa, Saitama, and Chiba will be held without spectators. Fukushima and Hokkaidō are later added to this list.

Ohtani Shōhei of the Los Angeles Angels makes his first appearance in the Major League Baseball All-Star Home Run Derby in Denver, Colorado. He is the first player to be picked as both a pitcher and hitter in the game. 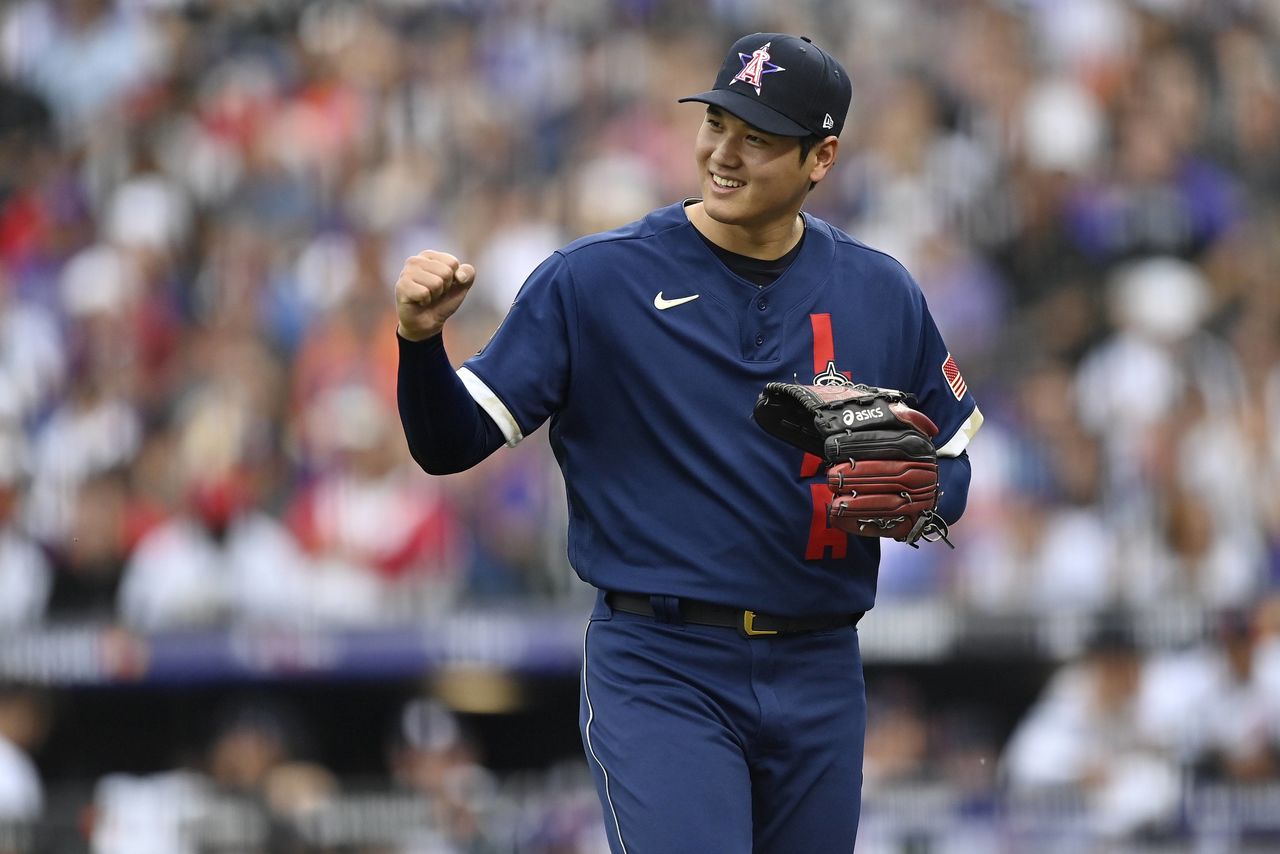 Hiroshima High Court rules that 84 residents of Hiroshima Prefecture should be recognized as hibakusha, having been exposed to radioactive black rain that fell after the 1945 atomic bombing.

The Akutagawa Prize is awarded to Ishizawa Mai for Kai ni tsuzuku basho nite (In the Place by the Shells) and Taiwanese writer Li Kotomi for Higanbana ga saku shima (The Island Where the Spider Lily Blooms). The Naoki Prize is awarded to Satō Norikazu for Tesukatoripoka (Tezcatlipoca) and Sawada Tōko for Hoshi ochite, nao (The Stars Falling, Still). 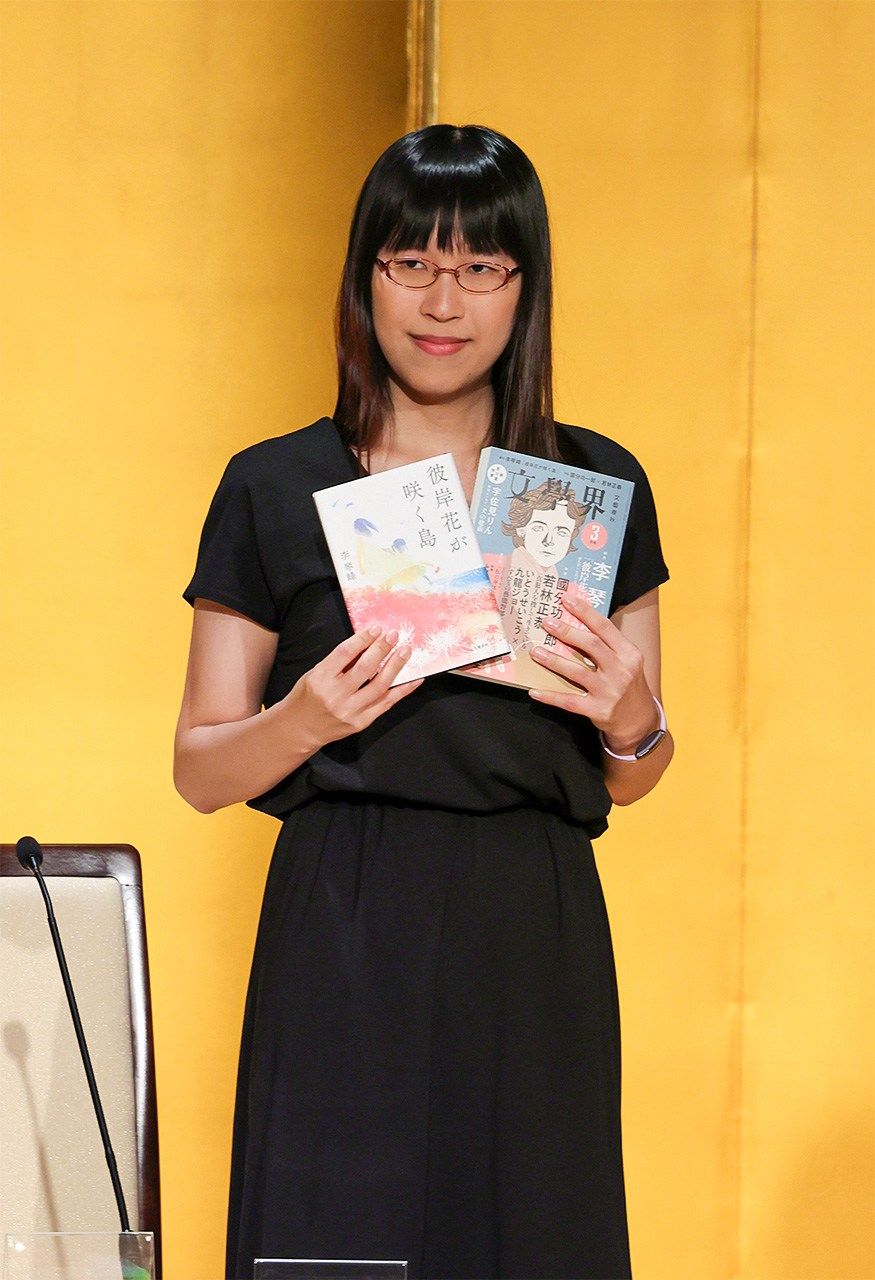 Prime Minister Suga Yoshihide expresses his intention to bid for another term as president of the Liberal Democratic Party when his term expires in September.

Hakuhō wins the Nagoya Grand Sumō Tournament after withdrawing from the previous six competitions. This brings his total championship wins to 45.

The Tokyo Olympics and Paralympics organizing committee announces the resignation of musician Oyamada Keigo (Cornelius) from his role overseeing music at the Olympic opening ceremony, following criticism related to a past magazine interview in which he talked about his physical and mental abuse of disabled classmates.

Chūgai Pharmaceutical receives approval for a cocktail of antibodies for treating COVID-19. It is the fourth COVID-19 treatment to win approval in Japan.

The Japan Sumō Association decides to promote Terunofuji to the rank of yokozuna.

The Tokyo Olympics and Paralympics organizing committee announces that it has fired Olympic opening ceremony show director Kobayashi Kentarō after revelations he joked about the Holocaust in a comedy routine.

The Tokyo Olympics begins after a one-year postponement due to the COVID-19 pandemic. It is the second time the city has hosted the games following the first in 1964. Emperor Naruhito announces the start of the Olympics at an opening ceremony with no members of the general public among the spectators; tennis star Ōsaka Naomi lights the Olympic flame. 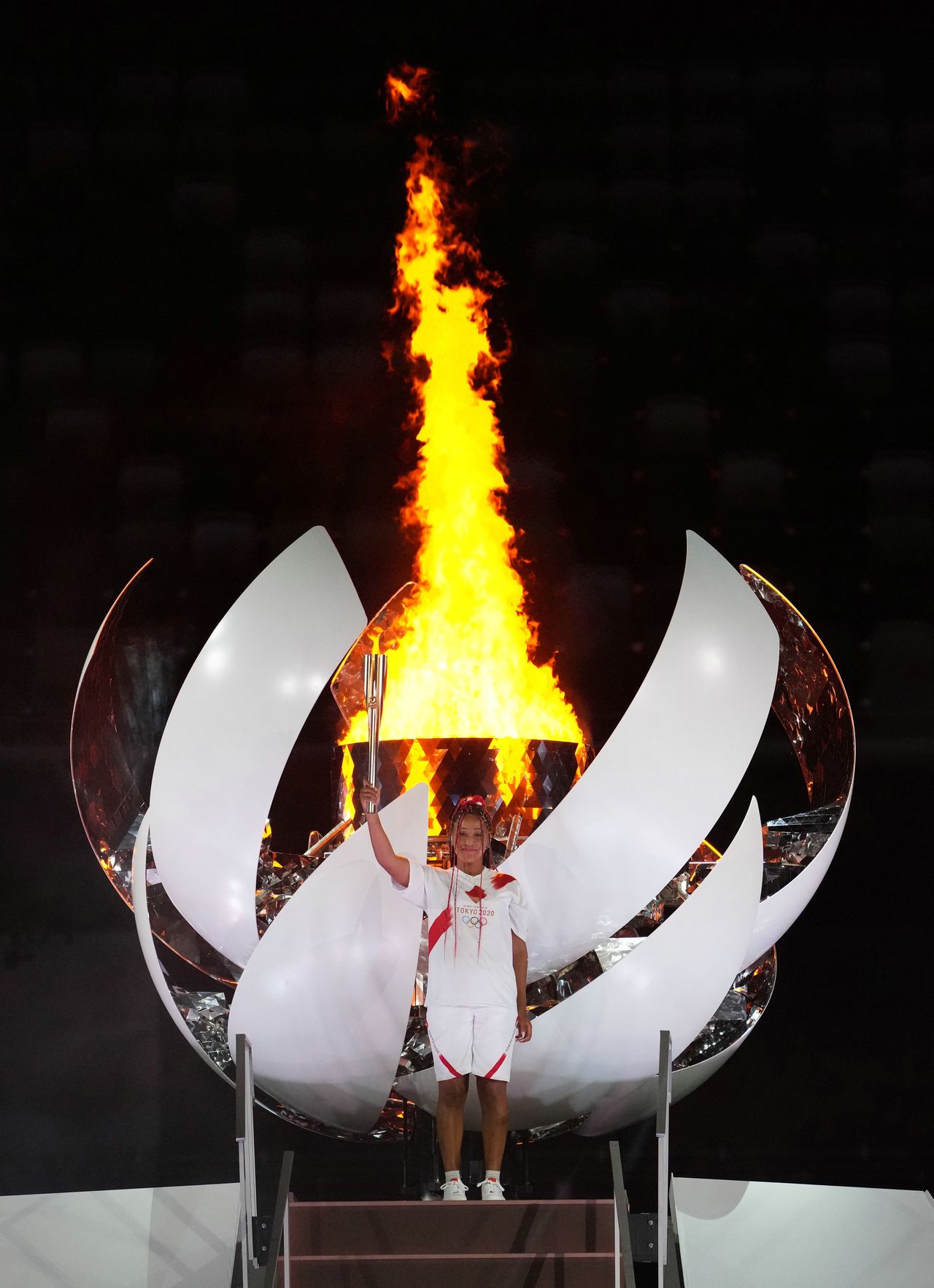 Prime Minister Suga meets French President Emmanuel Macron, who is in Japan for the Tokyo Olympics. They reiterate their support for holding the games as a symbol of global unity in overcoming COVID-19. 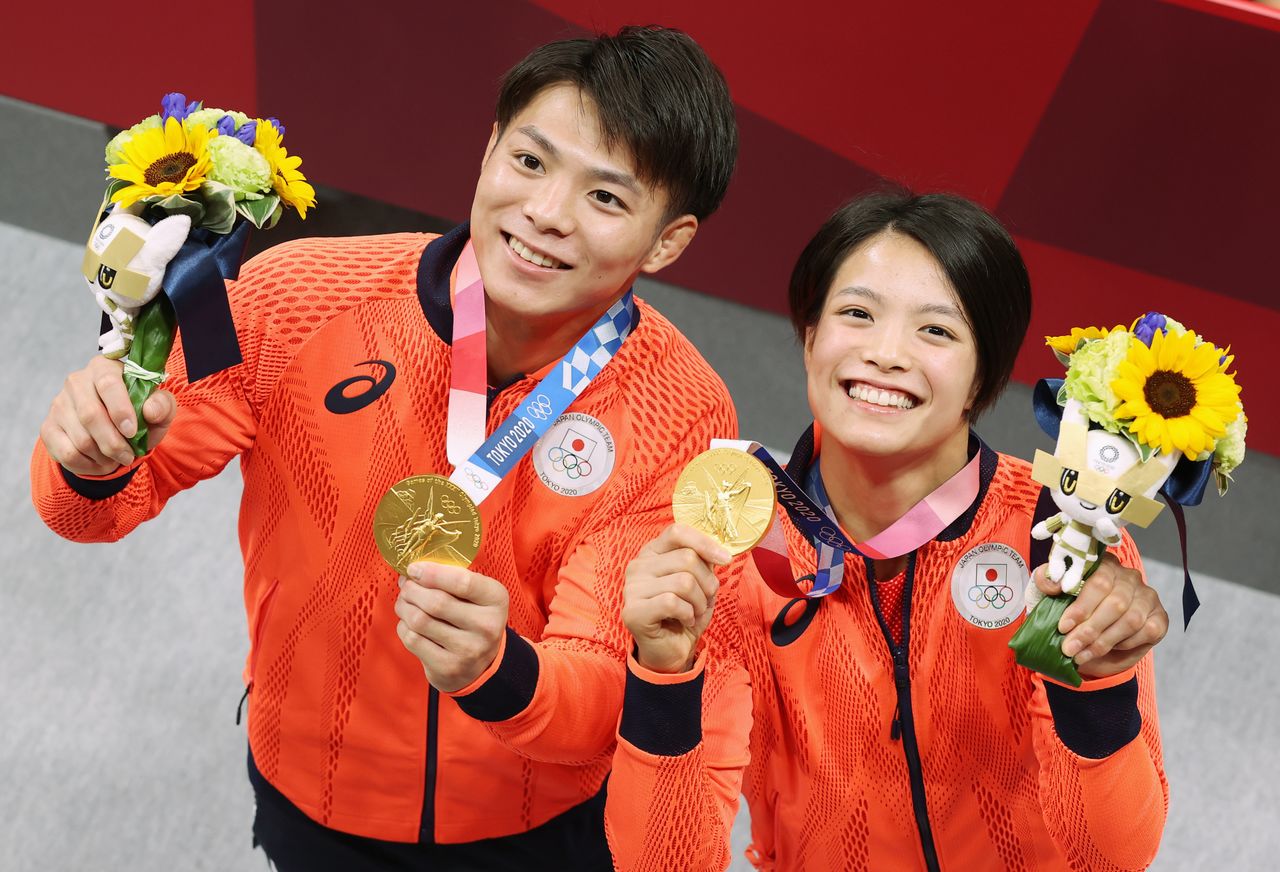 Amami Ōshima and other southern Japanese islands are registered as a natural UNESCO World Heritage site. On July 27, Jōmon prehistoric sites in northern Japan are added to the list of cultural sites. This brings Japan’s total number of World Heritage Sites to 25, of which 5 are natural heritage sites. 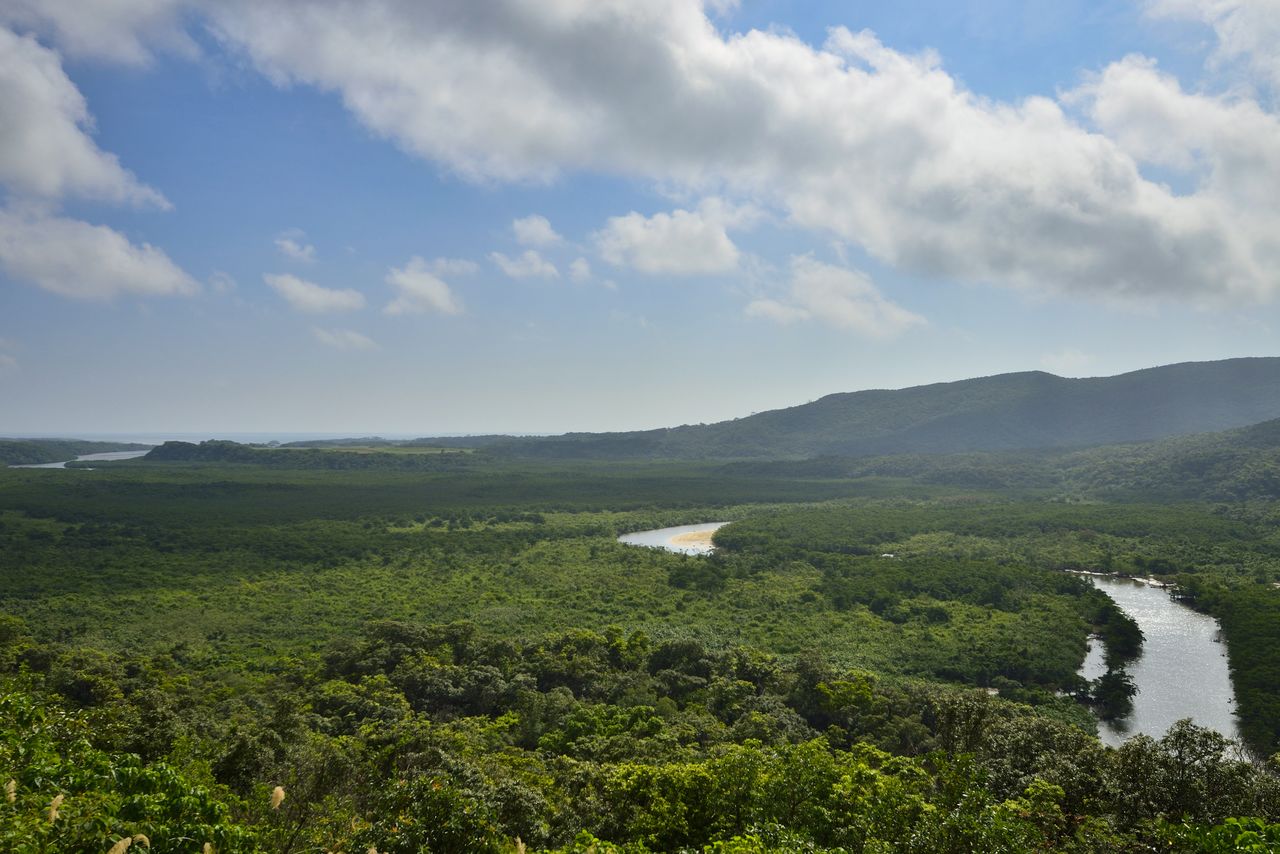 A mangrove forest on Iriomotejima, which is part of a newly registered natural World Heritage site. (Courtesy OCVB)

Eda Satsuki, who served as head of the House of Councillors and minister of justice while a member of the Democratic Party of Japan, dies at the age of 80.

Masukawa Toshihide, a Nobel laureate in Physics, dies at the age of 81.

There are 10,699 new COVID-19 cases across Japan, marking the first time that the total has risen above 10,000, amid a rapid increase in infections.

Sone Akira takes gold in the women’s +78-kilogram jūdō competition and Japan wins its first ever fencing gold in the men’s team épée.