Apr 4, 2022
Japan won seven medals at the Winter Paralympics in Beijing, and COVID-19 quasi-emergency measures were lifted across the country in March 2022.

The Tokyo District Court sentences former Nissan director Greg Kelly to six months imprisonment, suspended for three years, for his involvement in underreporting the compensation of former Chairman Carlos Ghosn. Nissan is also fined ¥200 million. On March 7, Kelly leaves Japan after receiving a replacement passport from the US Embassy in Tokyo.

The Supreme Court’s Second Petty Bench rejects TEPCO’s appeal against the decision in three class-action lawsuits that it should pay compensation to residents forced to evacuate by the 2011 accident at its Fukushima Daiichi Nuclear Power Plant. This finalizes TEPCO’s liability to pay out ¥1.4 billion in compensation.

Tokyo prosecutors arrest four SMBC Nikkō Securities executives on suspicion of market manipulation in violation of the Financial Instruments and Exchange Act. On March 24, a deputy president at the company is arrested for the same reason. 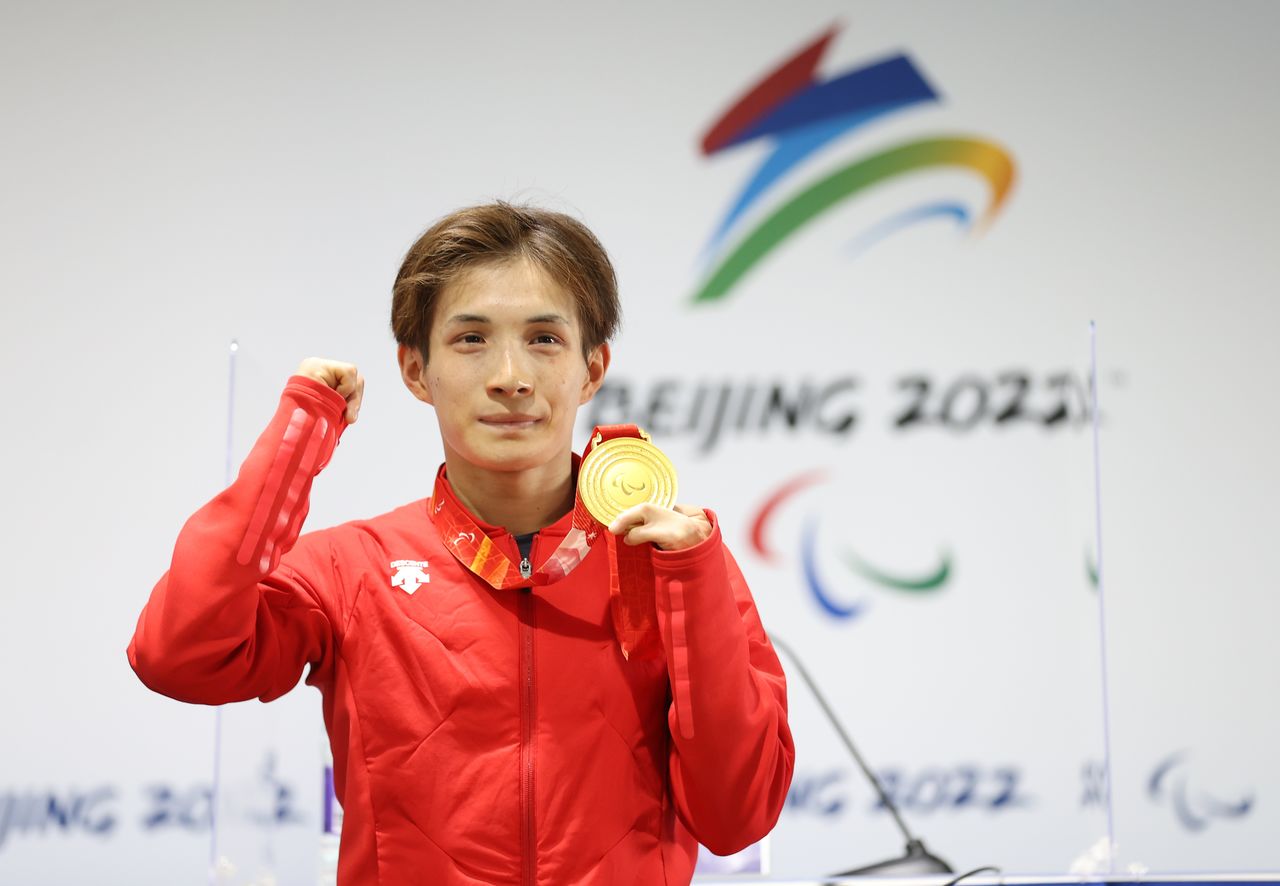 The Ministry of Foreign Affairs raises its travel advisory for Russia to level 3 (avoid all travel), the second highest of four.

Memorial services are held in the prefectures of Iwate, Fukushima, and Miyagi to mark 11 years since the Great East Japan Earthquake. Prime Minister Kishida Fumio attends the event held by Fukushima Prefecture.

The Tokyo High Court overturns a lower court ruling and orders the national government to pay compensation of ¥15 million to a man who was forcibly sterilized under the former Eugenic Protection Act, concluding that this law was unconstitutional.

Hiroshima prosecutors indict 34 people, including local assembly members, for receiving cash from former Minister of Justice Kawai Katsuyuki, who was sentenced to three years imprisonment for his involvement in a major bribery case during the 2019 House of Councillors election.

An earthquake centered off the coast of Fukushima Prefecture causes shaking of upper 6 on the Japanese seismic intensity scale in Miyagi and Fukushima Prefectures. The Japan Meteorological Agency says that the hypocenter was 57 kilometers below the surface, and the temblor had an estimated magnitude of 7.4. There are tsunami warnings in both prefectures, and tsunami waves of up to 30 centimeters are measured in Miyagi. The quake also causes cars to derail from a Tōhoku Shinkansen in transit. As of March 24, there are a total of three fatalities associated with the quake. 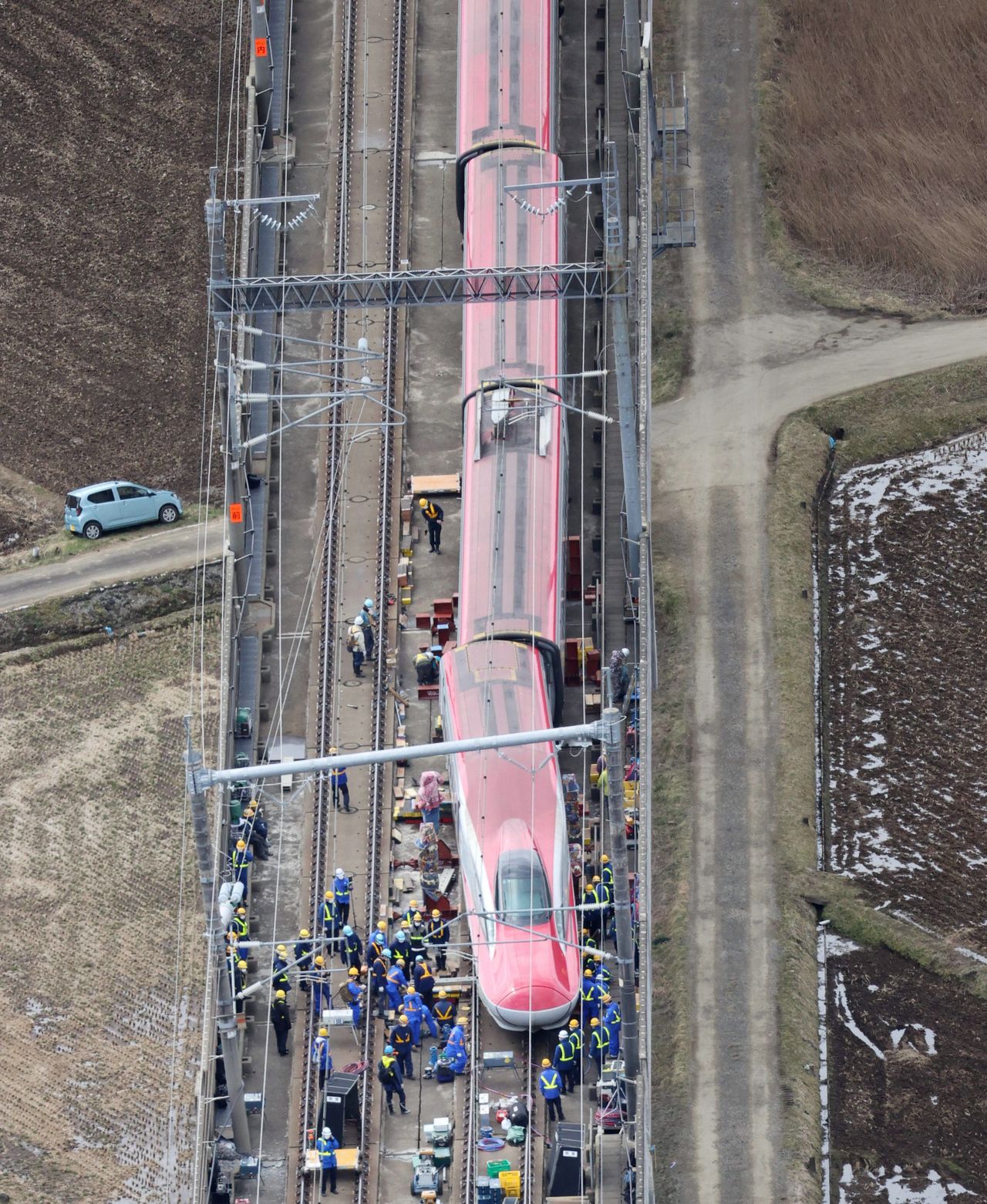 Workers attend to a Tōhoku Shinkansen with derailed cars in Shiroishi, Miyagi Prefecture, on March 20, 2022. (© Jiji)

Princess Aiko, who turned 20 in December 2021, gives her first press conference at the Imperial Palace. 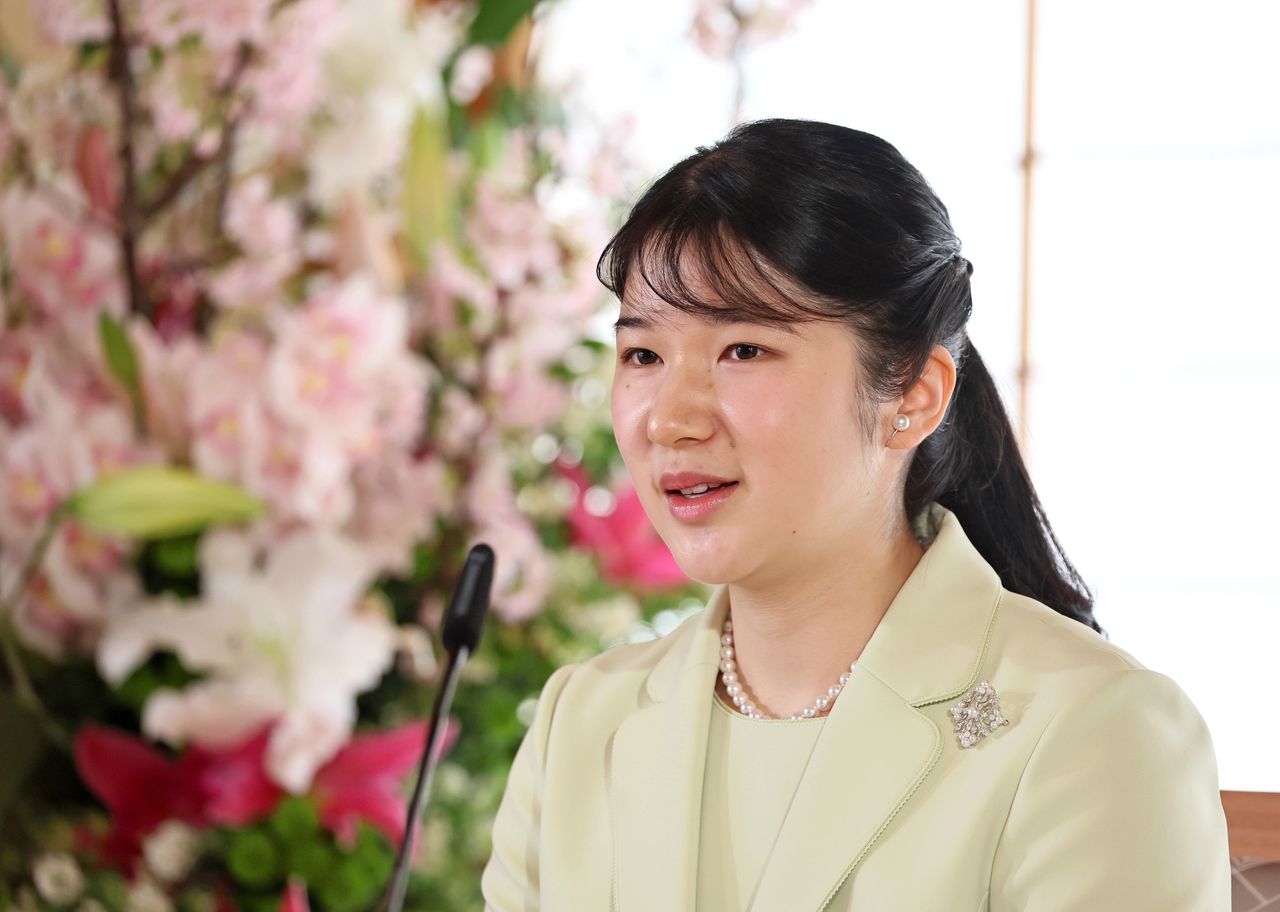 The government issues its first ever power shortage warning, as some plants remain halted after the March 16 earthquake off Fukushima and low temperatures spark increased demand. The warning applies to TEPCO service areas.

COVID-19 quasi-emergency measures are lifted in 18 prefectures, meaning there are no such measures across the country for the first time since early January.

The Diet enacts a record ¥107.6 trillion budget, including measures for containing COVID-19. It is the fourth earliest enactment of a budget in the postwar era.

North Korea launches a ballistic missile, which lands in Japan’s exclusive economic zone off Hokkaidō. Prime Minister Kishida condemns the launch of the weapon, believed to be an intercontinental ballistic missile.

The Japanese national soccer team defeats Australia 2–0 in a FIFA World Cup qualifying match in Sydney to secure its place in the finals to be held in Qatar.

Drive My Car, directed by Hamaguchi Ryūsuke, wins the Academy Award for Best International Feature. It is the first Japanese film to win in the category since Takita Yōjirō’s Departures in 2009.

Newly promoted sekiwake Wakatakakage wins the Spring Grand Sumō tournament. This is the first time for a new sekiwake to win a tournament since 1936. 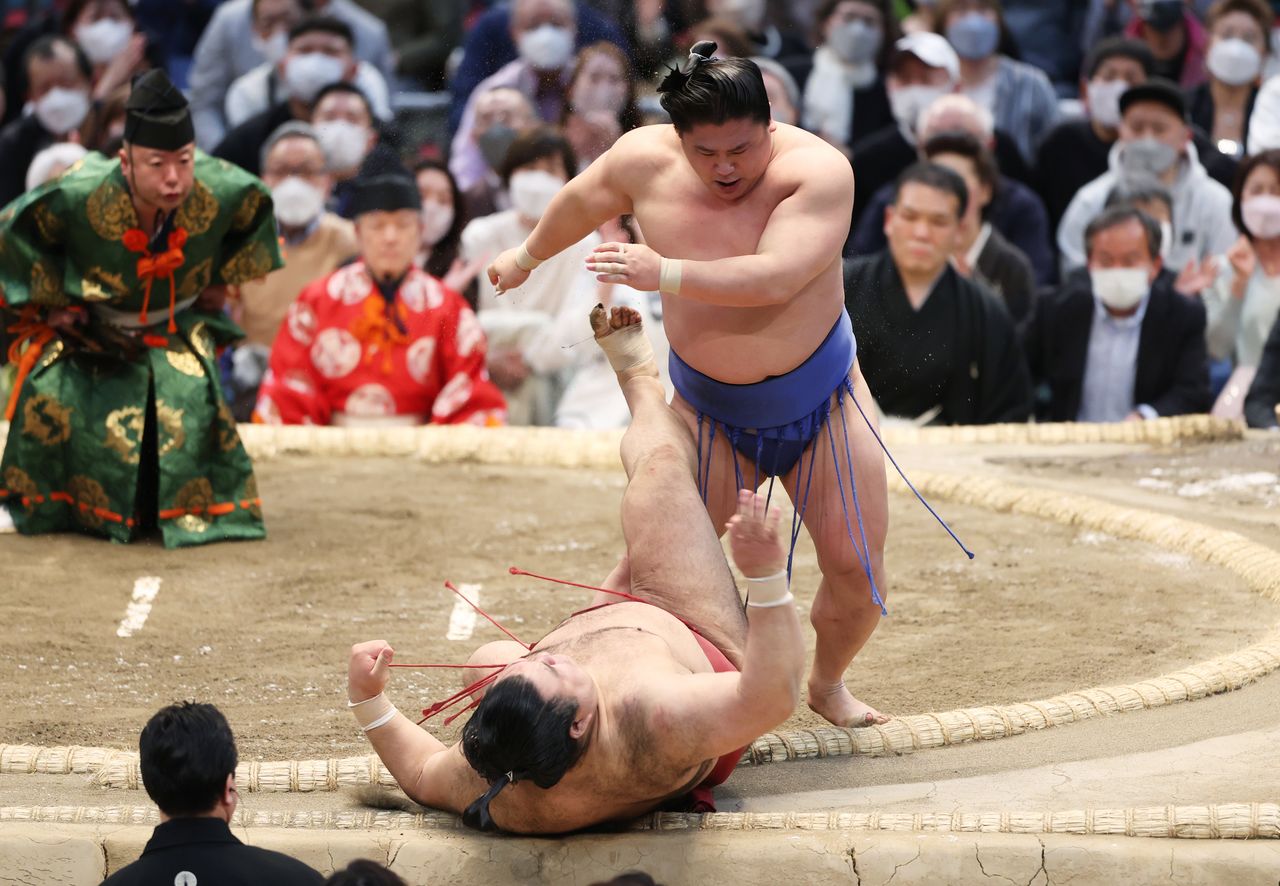 Wakatakakage secures victory in the tournament by defeating Takayasu with an uwate-dashinage (pulling overarm throw) in Osaka on March 27, 2022. (© Jiji)

The Tokyo District Court sentences former Nihon University Chairman Tanaka Hidetoshi to one year of imprisonment, suspended for three years, and fines him ¥13 million for evading income tax on kickbacks from business partners.

The Tokyo District Court sentences former Kōmeitō lawmaker and state minister of finance Tōyama Kiyohiko to two years of imprisonment, suspended for three years, for acting as a broker for COVID-19 relief loans without being properly registered. He is also fined ¥1 million.