Society May 2, 2022
Japan’s top news stories in April 2022 included the sinking of a tourist boat off Hokkaidō, the fall of the yen to the 130 level against the dollar, and a perfect game by pitcher Sasaki Rōki of the Chiba Lotte Marines.

The Bank of Japan publishes its March Tankan (Short-Term Economic Survey of Enterprises). The business sentiment index falls among both large manufacturers and nonmanufacturers, breaking a run of six quarters of improvement.

The government decides to help evacuees from Ukraine by providing temporary places to live and financial support for daily living and medical expenses.

The Tokyo Stock Exchange reorganizes its market structure from four into three new segments: Prime, Standard, and Growth. It is the first major reorganization in some 60 years.

A group of 20 Ukrainian evacuees arrives at Haneda Airport after traveling from Warsaw in Poland on a Japanese government plane arranged by Foreign Minister Hayashi Yoshimasa, who was visiting the country.

Fujiko A. Fujio, one half of the Fujiko Fujio manga duo, dies at the age of 88. He was known for works including Ninja Hattori-kun, Kaibutsu-kun (The Monster Kid), and Warau Sērusuman (The Laughing Salesman). 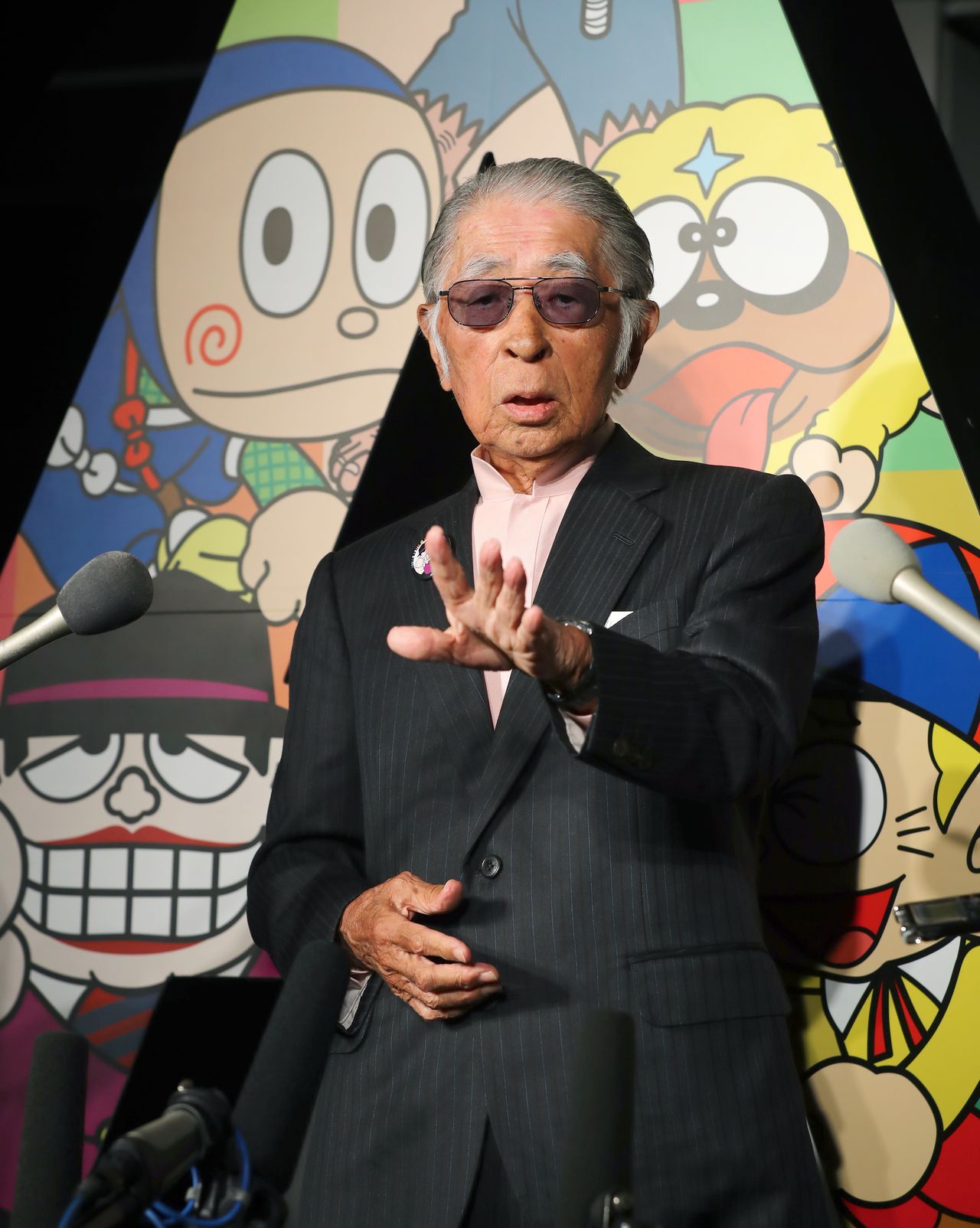 In coordination with the International Energy Agency, Prime Minister Kishida Fumio announces the release of 15 million barrels from Japan’s oil reserves. It is the country’s largest release of oil and its first from state reserves since stockpiling began in 1978.

The first two-plus-two talks between Japan and the Philippines, involving the foreign and defense ministers of each country, are held in Tokyo. The two sides agree that the invasion of Ukraine was a serious violation of international law.

Pitcher Sasaki Rōki of the Chiba Lotte Marines throws a perfect game against the Orix Buffaloes. At 20 years and 5 months, Sasaki is the youngest player to achieve the feat, which was last seen in Japanese pro baseball 28 years ago. He equals a record for striking out 19 batters during one game and sets a new record with 13 consecutive strikeouts.

The BOJ publishes a corporate goods price index of 112.0 for March, which is up 9.5% compared with the same month in 2021. High oil prices contribute to a major rise that is similar to the record climb in February. It is the highest value for the CGPI for over 39 years.

The yen falls to the 126 level against the dollar, its lowest level in 20 years. On April 20, it falls further to the 129 level, and on April 28 to the 130 level after the BOJ announces it will maintain its ultraeasy monetary policy.

The Tōhoku Shinkansen resumes services between Fukushima Station and Sendai Station, 29 days after the route was closed by earthquake damage. 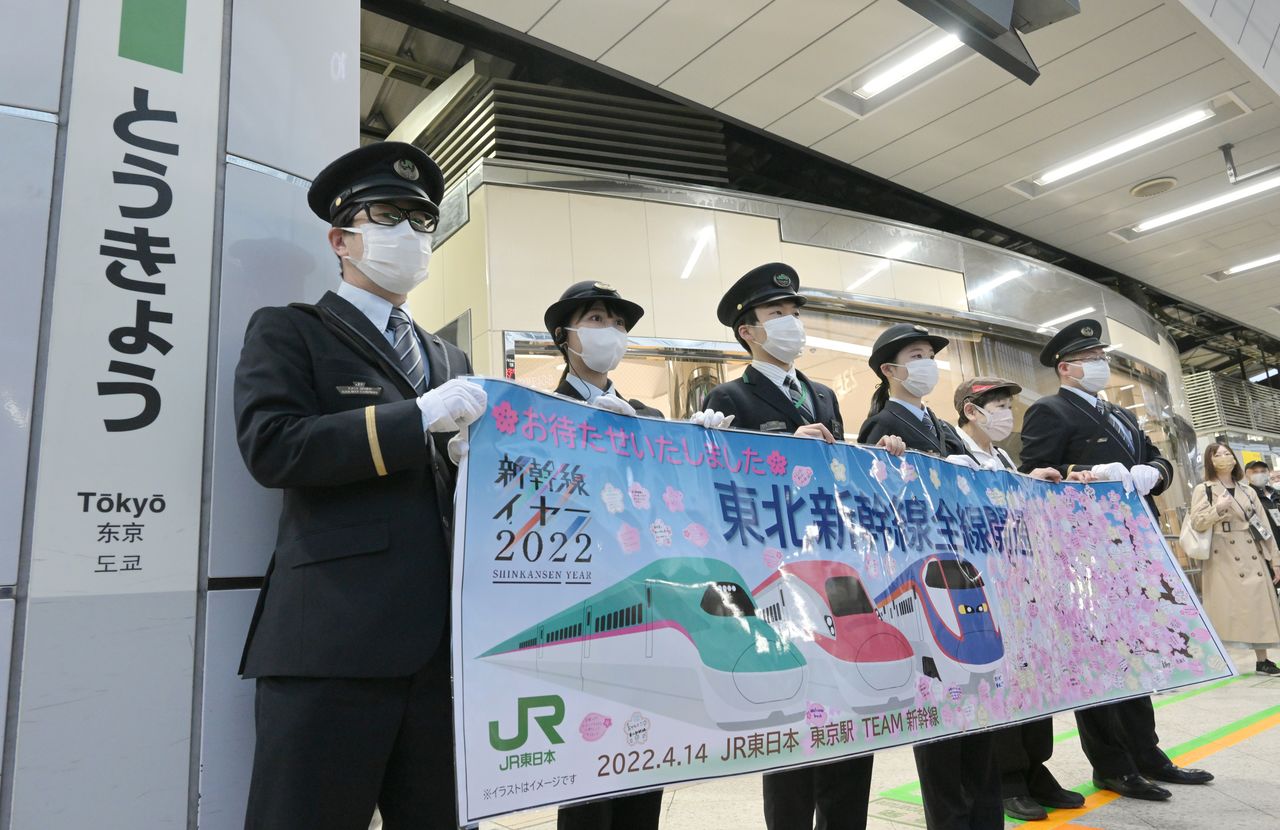 JR East workers hold a sign announcing the full resumption of services on the Tōhoku Shinkansen on April 14, 2022. (© Jiji)

The government introduces the first import ban on Russian goods, targeting some 38 products, including lumber and vodka.

The Ministry of Finance publishes preliminary trade statistics for fiscal 2021, showing a trade deficit of ¥5.4 trillion. This follows a trade surplus of ¥1.2 trillion in the previous fiscal year.

The X Games opens in Chiba, lasting until April 24. It is the first time Japan has hosted the extreme sports competition. Olympic gold medalist Horigome Yūto wins the men’s skateboard street event for the second time.

The Kazu 1, a 19-ton tourist boat carrying 26 people, including children, that was traveling around the Shiretoko Peninsula in Hokkaidō, signals to the Japan Coast Guard that it is sinking before contact is lost. As of April 28, authorities have confirmed 14 deaths.

The Fisheries Agency announces that it has reached an agreement with Russia over a fishing quota for salmon and trout within its exclusive economic zone. The quota of 2,050 tons is the same as in 2021.

Foreign Minister Hayashi meets with a delegation sent by South Korean President-elect Yoon Suk-yeol, and led by Chung Jin-suk, the deputy speaker of the National Assembly, who says the countries will cooperate more closely. The delegation also meets with Prime Minister Kishida on April 27. 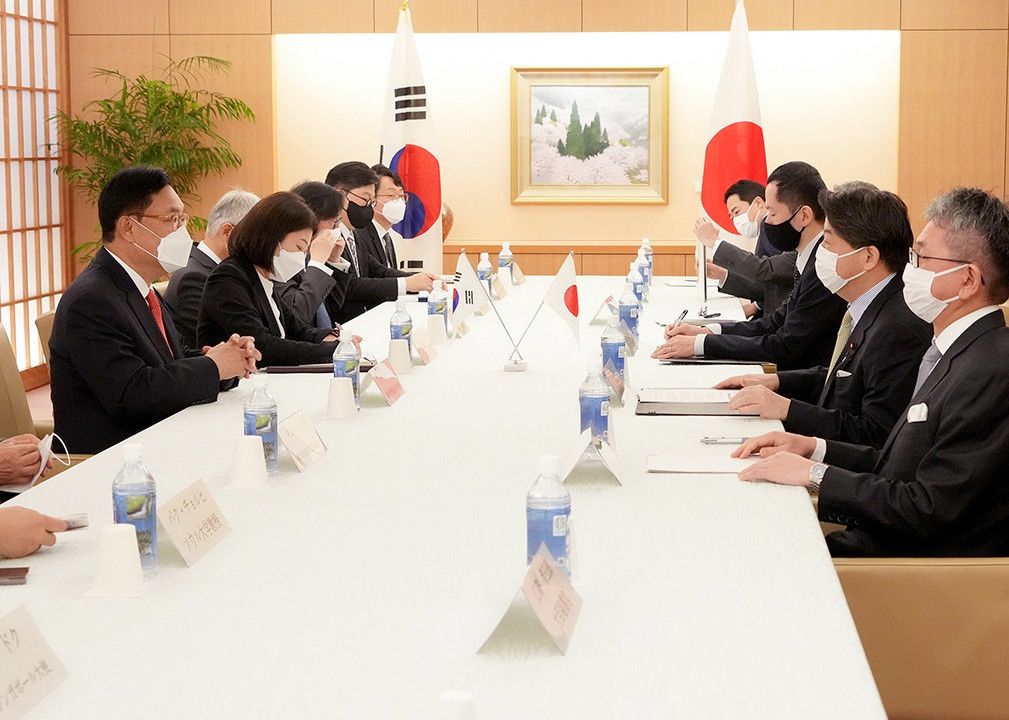 Foreign Minister Hayashi (second from right) talks with a delegation from South Korea on April 25, 2022. (© Jiji)

As part of measures to tackle price rises, the government announces plans to spend ¥6.2 trillion on subsidies, with the total value of the package rising to ¥13.2 trillion including private-sector contributions. To curb gasoline prices, it will raise payments to distributors and extend the program until the end of September.

(Originally published in Japanese. Banner photo: Sasaki Rōki of the Chiba Lotte Marines holds the winning ball in his hand after his perfect game at Zozo Marine Stadium on April 10, 2022. © Kyōdō.)