Author Hayashi Mariko starts work as the chair of Nihon University after her predecessor, Tanaka Hidetoshi, resigned in a tax evasion scandal. Hayashi graduated from the university’s College of Art.

A disruption in KDDI networks also affects social infrastructure, including bank ATMs, collection of meteorological data, and airport communication systems. It lasts for about 86 hours before full recovery on July 5. KDDI pays ¥200 to each of its customers in compensation.

Japan’s tax revenues for fiscal 2021 amount to ¥67.4 trillion, setting a new record for a second successive year. Corporate tax revenue rose on the back of the global economic recovery from the COVID-19 pandemic and the weakening of the yen.

Former Prime Minister Abe Shinzō is shot in the back while campaigning for the House of Councillors election in Nara, Nara Prefecture. He is pronounced dead at 5:03 in the afternoon. The perpetrator is Yamagami Tetsuya, a former member of the Maritime Self-Defense Force.

The Liberal Democratic Party wins 63 of the 125 contested seats in the House of Councillors election. Including lawmakers in the LDP, Kōmeitō, Nippon Ishin no Kai, and the Democratic Party for the People, the total number of upper house members who view revising the Constitution favorably is over the two-thirds mark. A record-breaking 35 women win seats, beating the previous highest total of 28 in both 2016 and 2019. 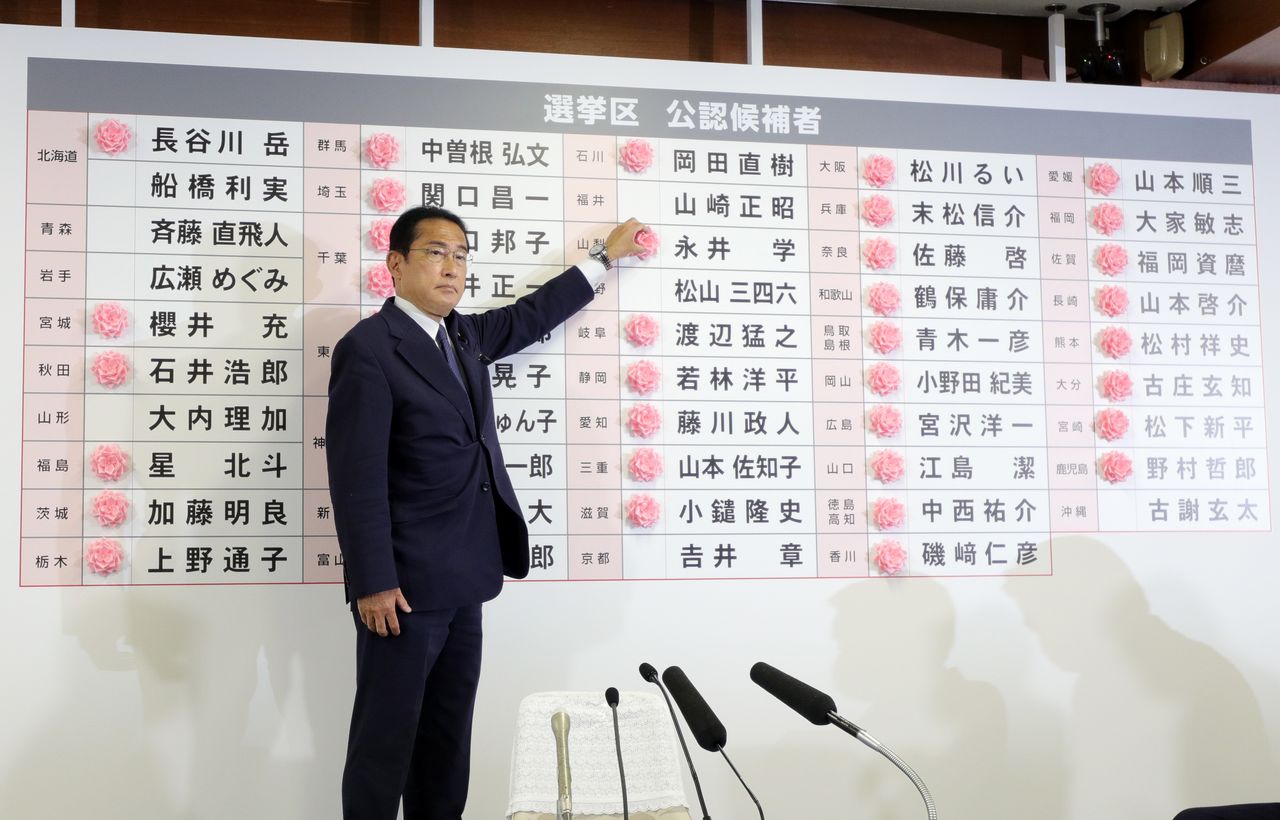 Prime Minister Kishida Fumio places flowers next to the names of winning candidates at LDP headquarters in Tokyo on July 10, 2022. (© Jiji)

Men’s wheelchair tennis player Kunieda Shingo wins his first ever Wimbledon singles tournament. He becomes the first men’s wheelchair player to achieve a Career Grand Slam by winning all four major tournaments over his playing career. The addition of his Paralympics titles also gives him a Career Golden Slam. 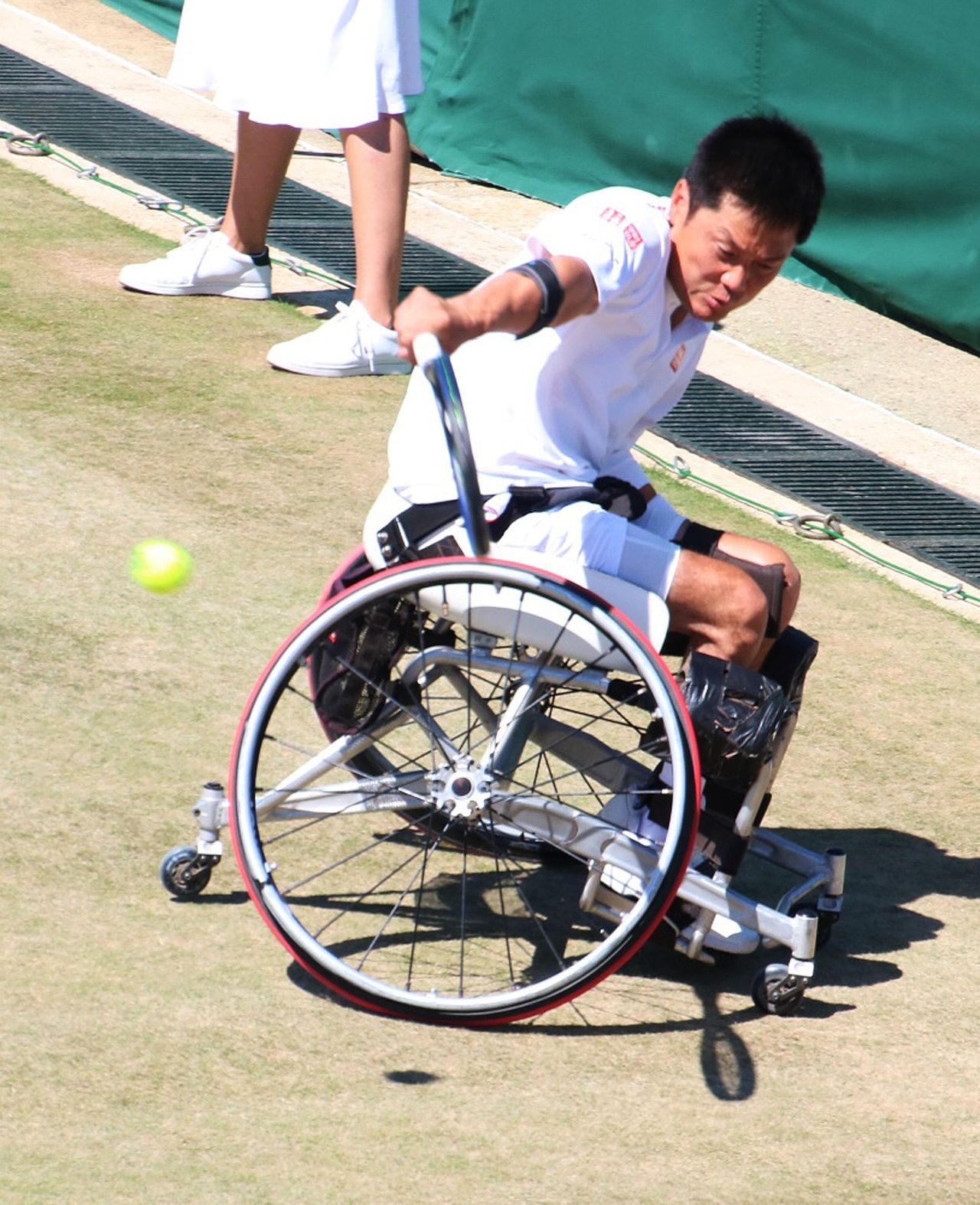 Prime Minister Kishida Fumio announces plans to have up to nine nuclear plants in operation in the upcoming winter season to eliminate power shortages.

Abdul Hakim Sani Brown becomes the first Japanese sprinter to reach the final race of the 100-meter sprint at the World Athletics Championships in Eugene, Oregon. He finishes seventh with a time of 10.06 seconds.

Foreign Minister Hayashi Yoshimasa meets in Tokyo with Park Jin, his South Korean counterpart. They agree to target a swift resolution of issues related to lawsuits from wartime Korean laborers against Japanese companies.

Men’s figure skater Hanyū Yuzuru announces his retirement from competition. He says he will continue to skate as a professional athlete in ice shows and other events. 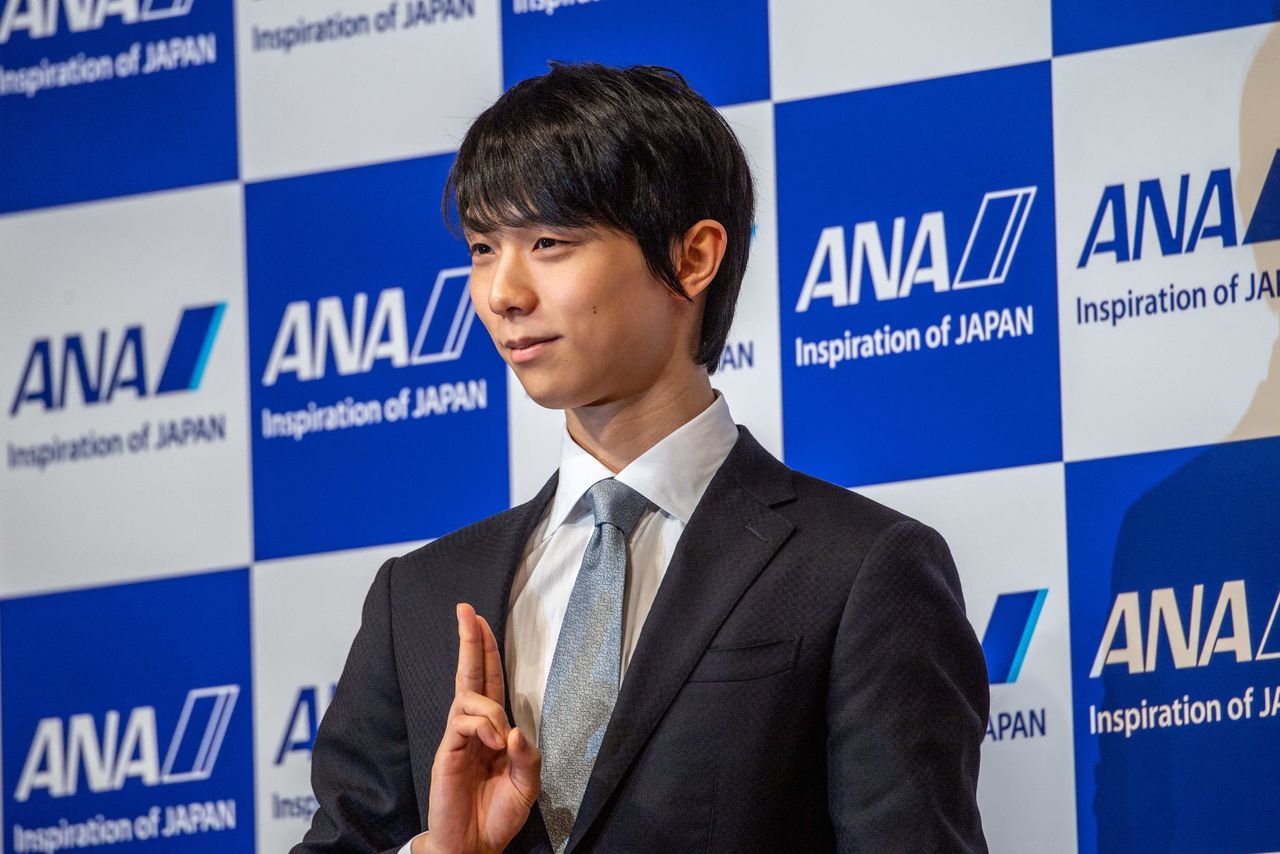 The cabinet decides that former Prime Minister Abe will have a state funeral at the Nippon Budōkan in Tokyo on September 27. Prime Minister Kishida will chair the funeral committee, and all costs will be covered by the state.

Sumō wrestler Ichinojō wins the Nagoya Grand Sumō Tournament with a 12–3 record, becoming the first maegashira to win a major tournament since Daieishō in the first tournament of 2021.

The Japan Meteorological Agency raises the volcanic alert for Sakurajima to the highest level of 5, requiring residents to evacuate after a large eruption. On July 27, it lowers the alert to 3, which advises people to stay away from the volcano.

Japan records its first case of monkeypox in a Tokyo man in his thirties who had been in Europe from late June until mid-July. On July 28, a second case is confirmed in Tokyo.

Tokyo prosecutors search the residence of Takahashi Haruyuki, a former executive of the 2020 Tokyo Olympic and Paralympic Games Organizing Committee, over suspicion that he received a substantial sum of money from business suit retailer Aoki Holdings, which sponsored the games.

The Ministry of Justice announces the execution of Katō Tomohiro, who killed 7 people and injured 10 more in an attack in Akihabara, Tokyo, in 2008.

Tokyo records its first ever day of more than 40,000 COVID-19 cases as the highly contagious BA.5 omicron subvariant spreads during Japan’s seventh wave of infections. A total of 233,093 cases are recorded nationwide.

Foreign Minister Hayashi and Minister of Economy, Trade, and Industry Hagiuda Kōichi take part in economic two-plus-two talks with their US counterparts in Washington. They agree to uphold the international economic order 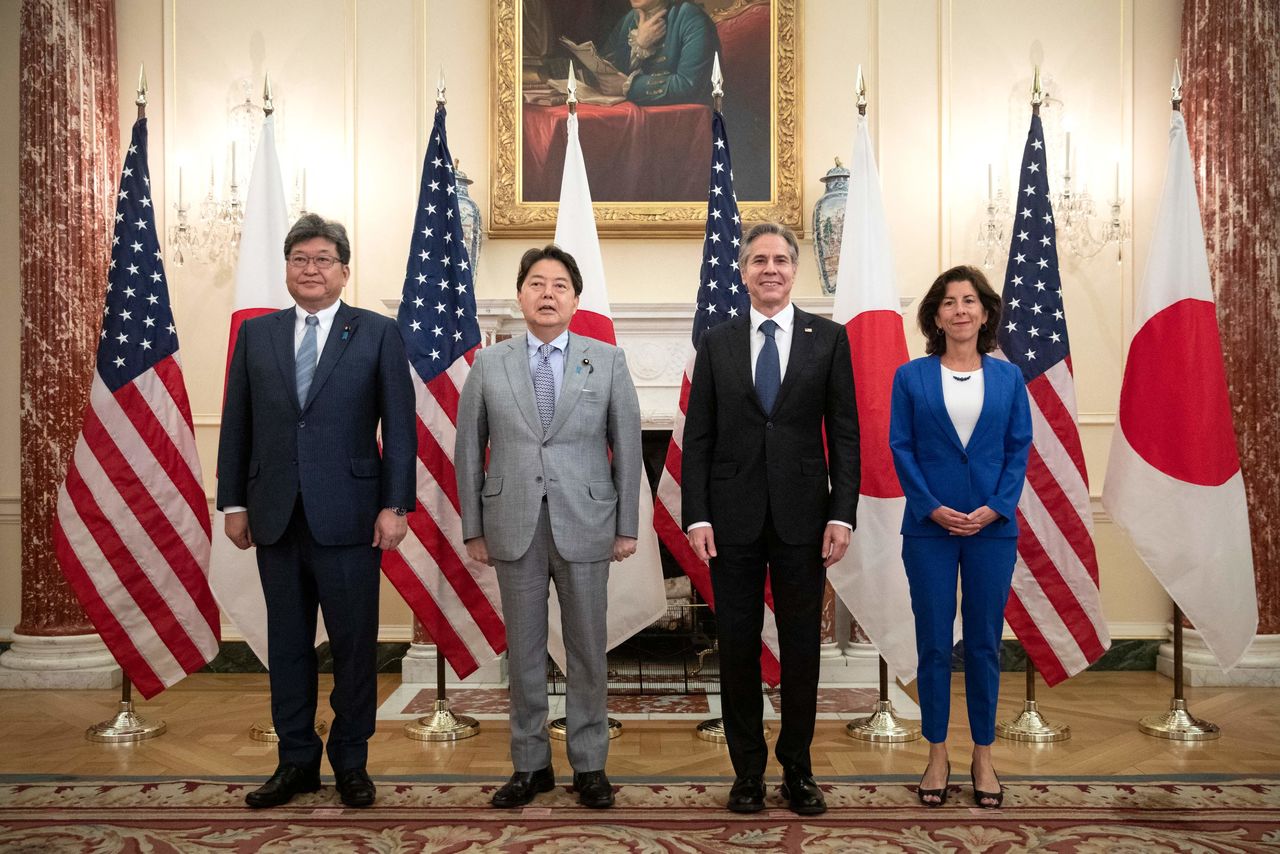 From left, Minister of Economy, Trade, and Industry Hagiuda Kōichi, Foreign Minister Hayashi Yoshimasa, US Secretary of State Anthony Blinken, and US Secretary of Commerce Gina Raimondo at economic two-plus-two talks between Japan and the United States in Washington on July 29, 2022. (© AFP/Jiji)