Society Nov 1, 2022
Yakult Swallows slugger Murakami Munetaka surpasses a legend, the yen falls to a 32-year low against the dollar, and a minister resigns over his connections with Unification Church. These and other leading stories from October 2022.

Professional wrestling legend and former House of Councillors legislator Antonio Inoki dies at the age of 79. A native of Yokohama, Kanagawa Prefecture, he was still a teenager when he started his wrestling career in 1960 after being discovered by noted grappler Rikidōzan. 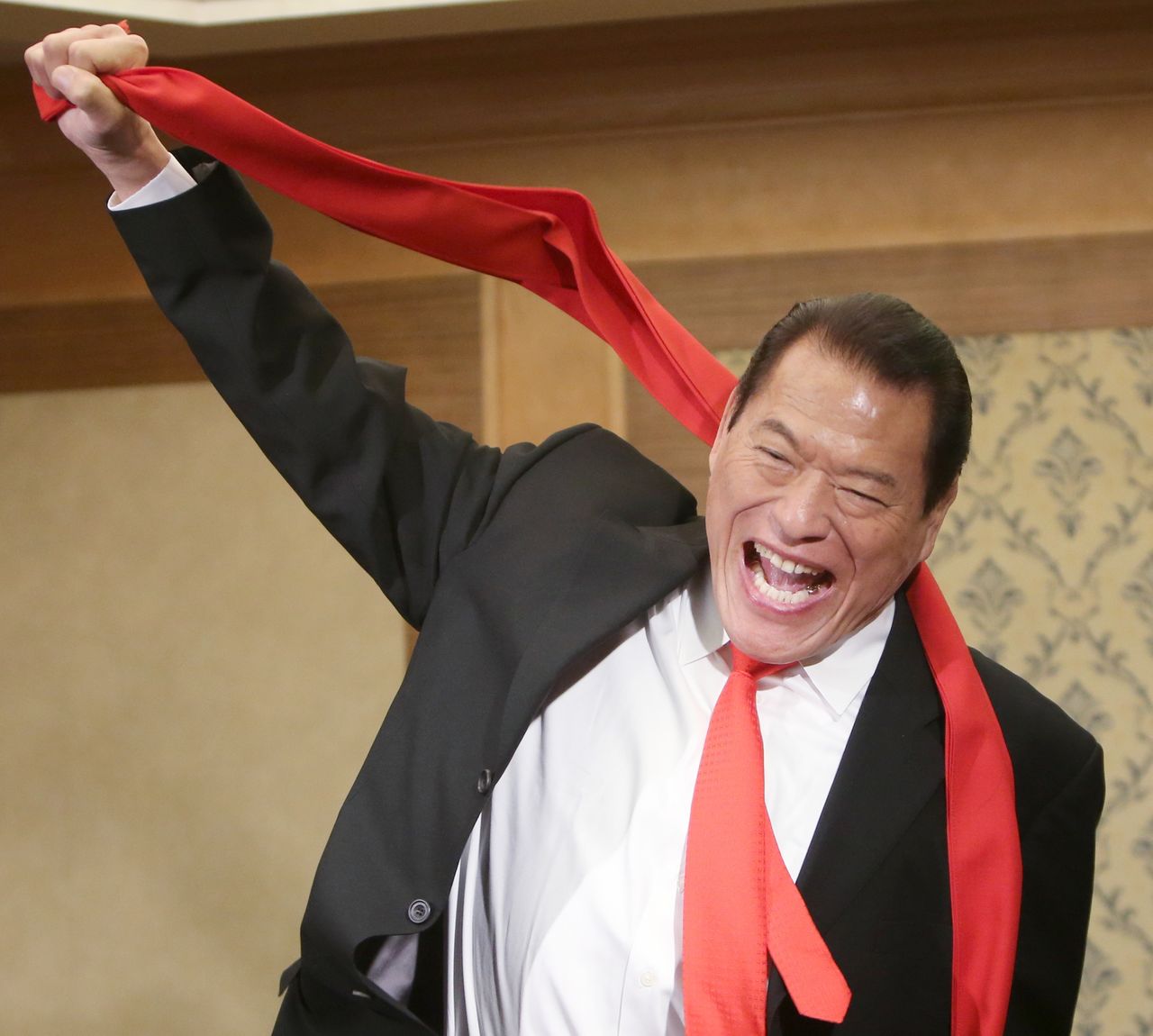 The government opens an extraordinary session of the Diet; addressing both houses, Prime Minister Kishida Fumio pledges to focus on reviving the economy, increasing wages, and reducing the impact of the nation’s soaring inflation by lowering household electricity bills and other measures.

Yakult Swallows batter Murakami Munetaka hits his fifty-sixth home run in the last game of the regular season to become the first Japanese player to surpass Japanese baseball legend Oh Sadaharu’s single-season milestone of 55 homers. The 22-year-old also became the youngest player ever to claim the triple crown, consisting of highest batting average, most home runs, and most runs batted in.

North Korea launches a ballistic missile that passes over Aomori Prefecture, triggering the J-Alert early warning system for the first time since 2017. The projectile traveled 4,600 kilometers, the farthest of any North Korean rocket to date, and landed in the Pacific Ocean beyond Japan’s exclusive economic zone.

The Crew Dragon launches on a Falcon 9 rocket from NASA’s Kennedy Space Center in Florida carrying Wakata Kōichi and three other astronauts to the International Space Station. It is the 59-year-old Wakata’s fifth trip to space, the most for a Japanese astronaut, where he will serve a 6-month mission aboard the ISS. 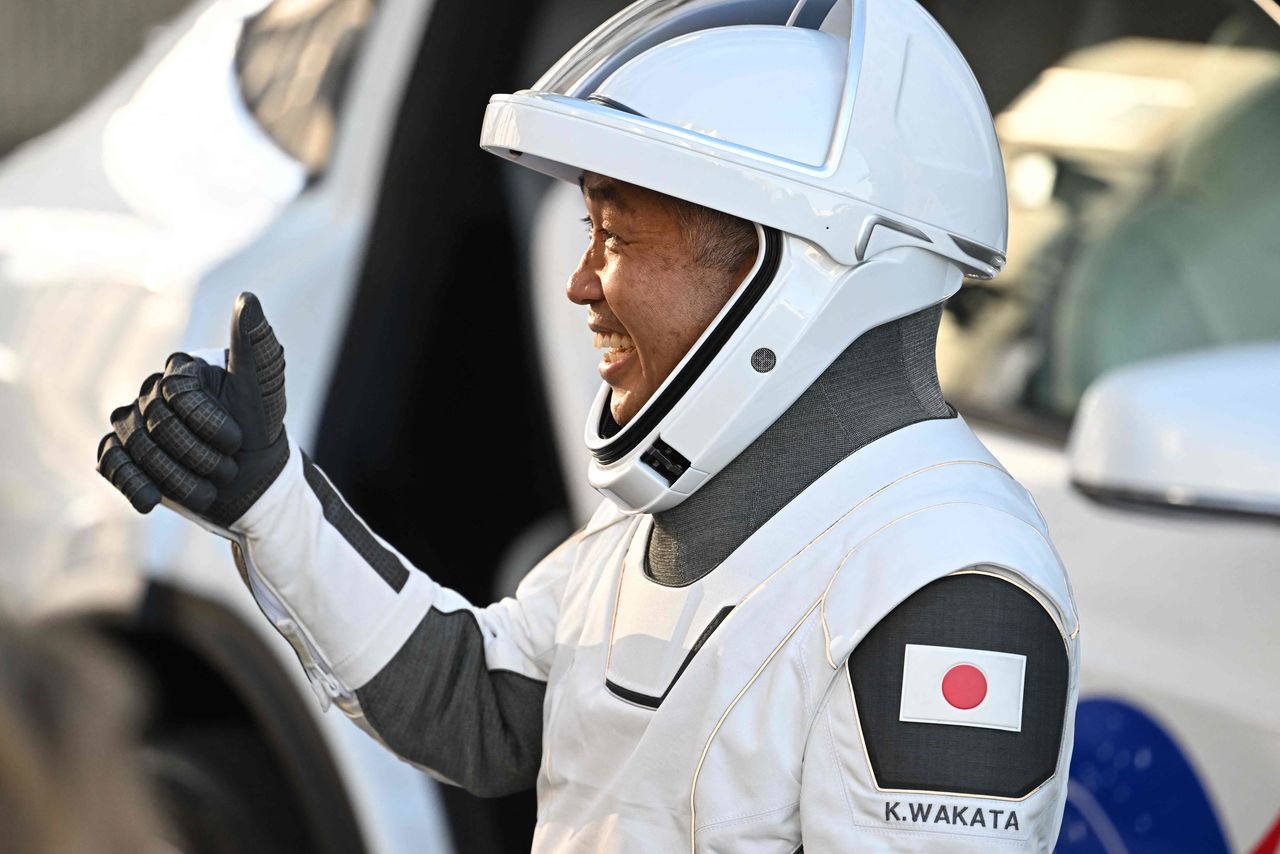 Japanese astronaut Wakata Kōichi gives a thumbs up prior to launch from the Kennedy Space Center on October 5, 2022. (© AFP/Jiji)

The government further eases border restrictions put in place in response to the COVID-19 pandemic, dropping the daily cap on entries and restarting visa-free individual travel. It also launches a new nationwide subsidy program for residents providing discounts on trips to 46 prefectures, with Tokyo to be added later, in a bid to boost domestic travel.

The Japan Aerospace Exploration Agency’s fails to launch its Epsilon-6 rocket. JAXA staff sent a self-destruct signal shortly after liftoff from Uchinoura Space Center in Kagoshima Prefecture when it was determined that the rocket would not be able to reach Earth’s orbit. It is the first time for the Epsilon rocket to fail.

Prime Minister Kishida instructs his cabinet to investigate the Unification Church under Japan’s religious corporation law. In a first, the government seeks to exercise questioning rights under the law.

The Japanese yen falls to a 32-year low against the US dollar, dipping below the ¥150 level briefly during trading in Tokyo. 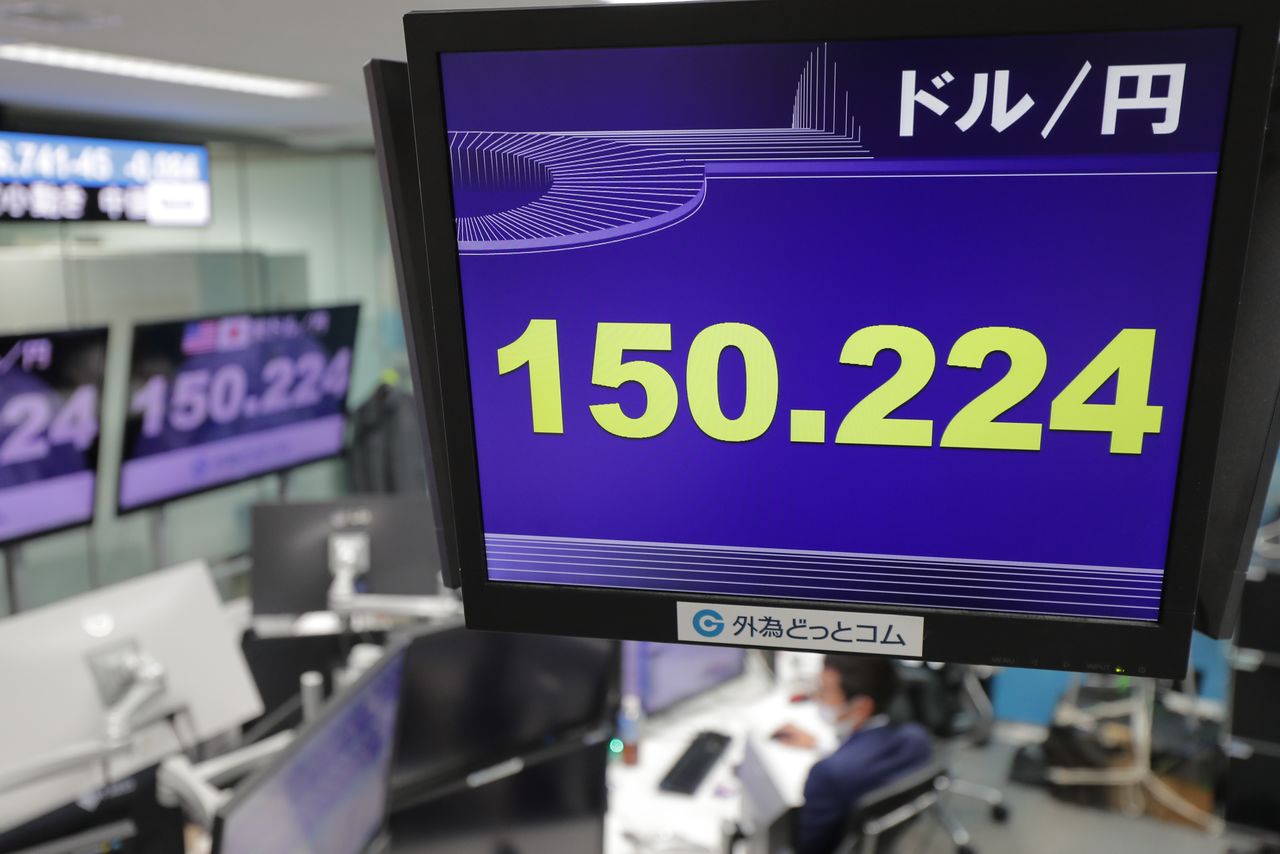 A monitor at FX transaction company Gaitame.com in Minato, Tokyo, shows the yen trading below ¥150 to the dollar on October 21, 2022, marking the currency’s lowest level since August 1990. (© Jiji)

Emperor Naruhito and Empress Masako make their first visit to Okinawa Prefecture since their enthronement in 2019. During their stay, they lay flowers at the National War Dead Peace Mausoleum in Itoman to commemorate victims of the Battle of Okinawa and attend the opening ceremony of national cultural festivals in Ginowan. 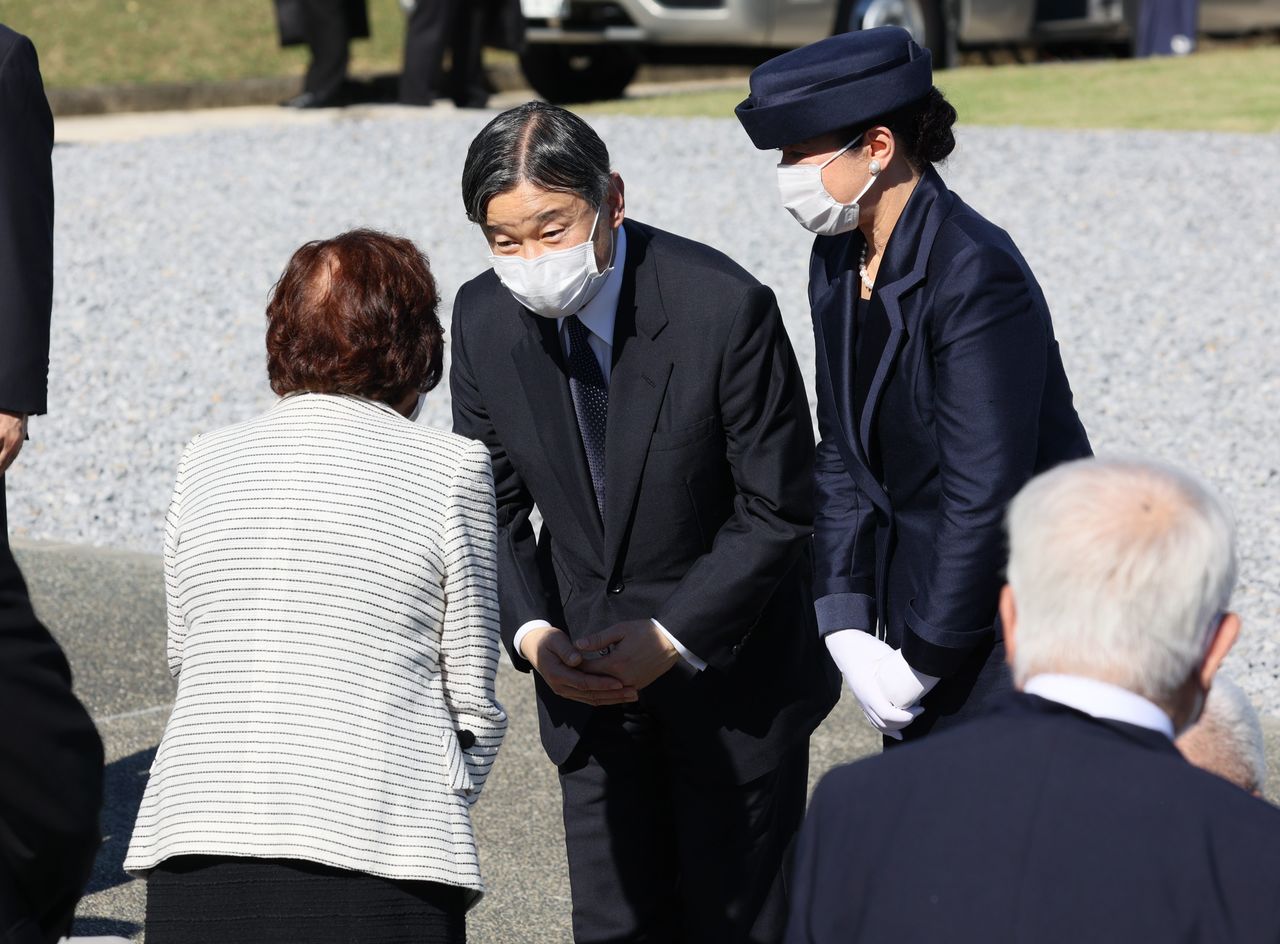 Emperor Naruhito, left, and Empress Masako speak with a relative of a victim of the Battle of Okinawa while visiting the Peace Memorial Park in Itoman on October 22, 2022. (© Jiji)

The Japanese government awards kabuki actor Matsumoto Hakuō and 5 others the prestigious Order of Culture and honors 20 individuals, including popular singer-songwriter Matsutōya Yumi, as Persons of Cultural Merit.

The Education Ministry releases a survey showing the number of elementary and junior high school students in Japan who refused to go to school in fiscal 2021 shot up 24.9% from the previous year to a record 244,940, marking the ninth straight year of increase.

In Seoul, South Korea, two Japanese are among the over 150 people killed in a stampede during a Halloween celebration in the city’s Itaewon district.

(Originally published in Japanese. Banner photo: Murakami Munetaka, center, of the Yakult Swallows holds aloft a board commemorating his fifty-sixth home run of the season during a game at Jingū Stadium in Tokyo on October 3, 2022. © Jiji.)