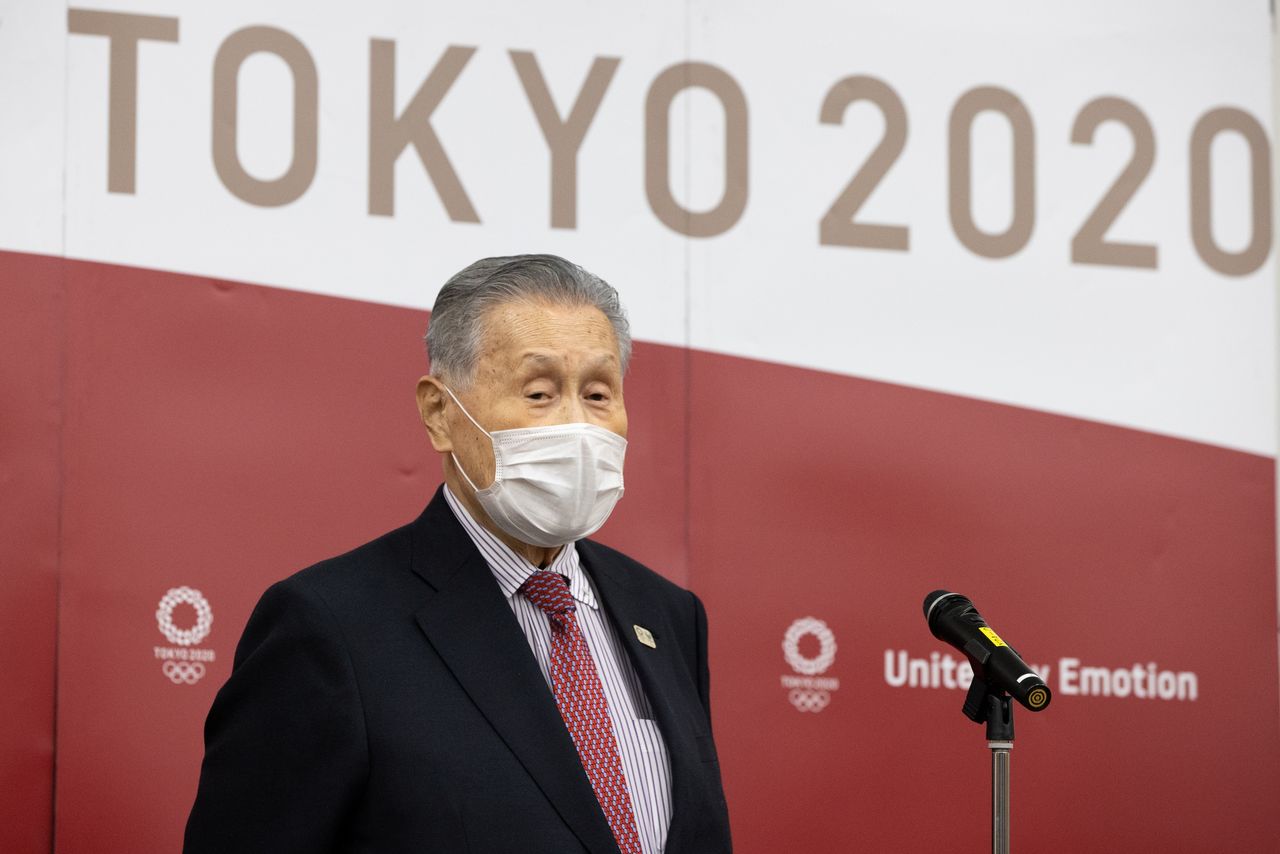 TOKYO (Reuters) - The president of the Tokyo 2020 organising committee told a meeting on Wednesday that female directors talked too much, which was “annoying”, according to Japanese newspaper Asahi Shimbun.

Yoshiro Mori, a former prime minister, made the comments, some of which were greeted with laughter, at a meeting with members of the Japanese Olympic Committee, the Asahi reported.

“If we increase the number of female board members, we have to make sure their speaking time is restricted somewhat, they have difficulty finishing, which is annoying,” Mori said, according to the report from the Asahi, one of Japan’s leading daily papers. “We have about seven women at the organising committee but everyone understands their place.”

The JOC board has 25 members, of whom five are women.

According to the committee’s governance code, established in 2019, it should be aiming to make sure that 40% seats on the board are filled by women.

The 83-year-old Tokyo 2020 chief was already facing criticism for comments he has made about the Games, amid growing public opposition in Japan to holding the postponed event this summer while the COVID-19 pandemic is still raging.

On Tuesday, Mori had told a meeting with Japan’s Sports Research Commission that “we will hold the Olympics, regardless of how the coronavirus (situation) looks”.

In response to those comments, Japanese comedian Atsushi Tamura, who was set to be an Olympic torchbearer, said he would decline to run in the torch relay due to begin March 25.