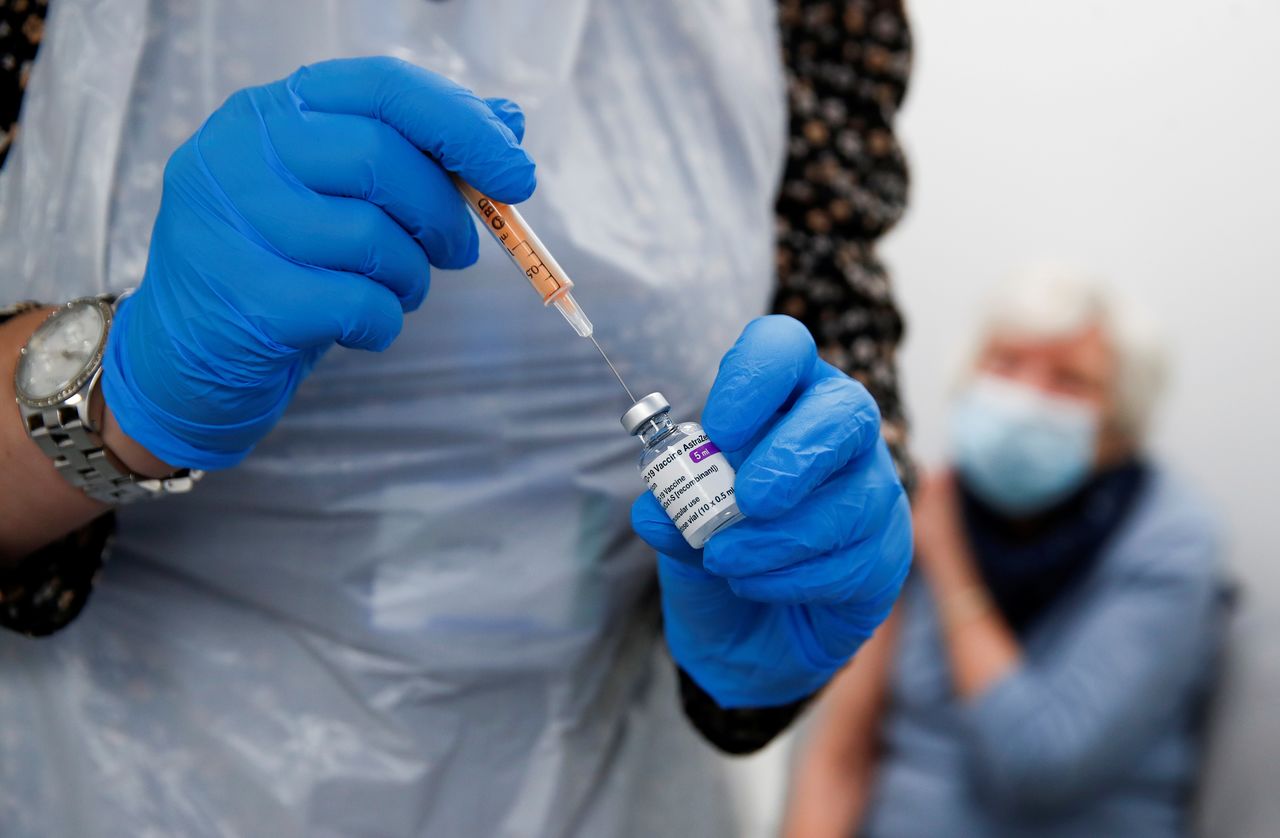 FILE PHOTO: A health worker fills a syringe with a dose of the Oxford/AstraZeneca COVID-19 vaccine at the Appleton Village Pharmacy, amid the coronavirus disease (COVID-19) outbreak, in Widnes, Britain January 14, 2021. REUTERS/Jason Cairnduff

TOKYO (Reuters) - Drugmaker AstraZeneca PLC said on Friday it had applied for approval in Japan of its COVID-19 vaccine, making it the second pharmaceutical firm to do so after Pfizer Inc.

The Japanese government in December signed a contract to procure 120 million doses of the AstraZeneca vaccine, enough for 60 million people. The company is requesting special approval for the vaccine and plans to submit further data to regulators in March, it said in a statement.

The AstraZeneca element is a critical component in the government’s inoculation plan before the Tokyo Olympics scheduled for this summer: the doses will be made mostly in Japan, and don’t need to be kept refrigerated at the ultra-cold temperatures required for the Pfizer formula.

AstraZeneca, which developed the vaccine with the University of Oxford, started clinical trials in Japan last summer, recruiting 256 volunteers.

Japan has secured rights to at least 564 million doses of COVID-19 vaccines from Western developers, the biggest quantity in Asia and more than enough for its 126 million population.

But Japan has lagged behind other major economies in starting its COVID-19 inoculation campaign, partly because of its dependence on overseas makers and its requirement of domestic clinical trials for all vaccine candidates.