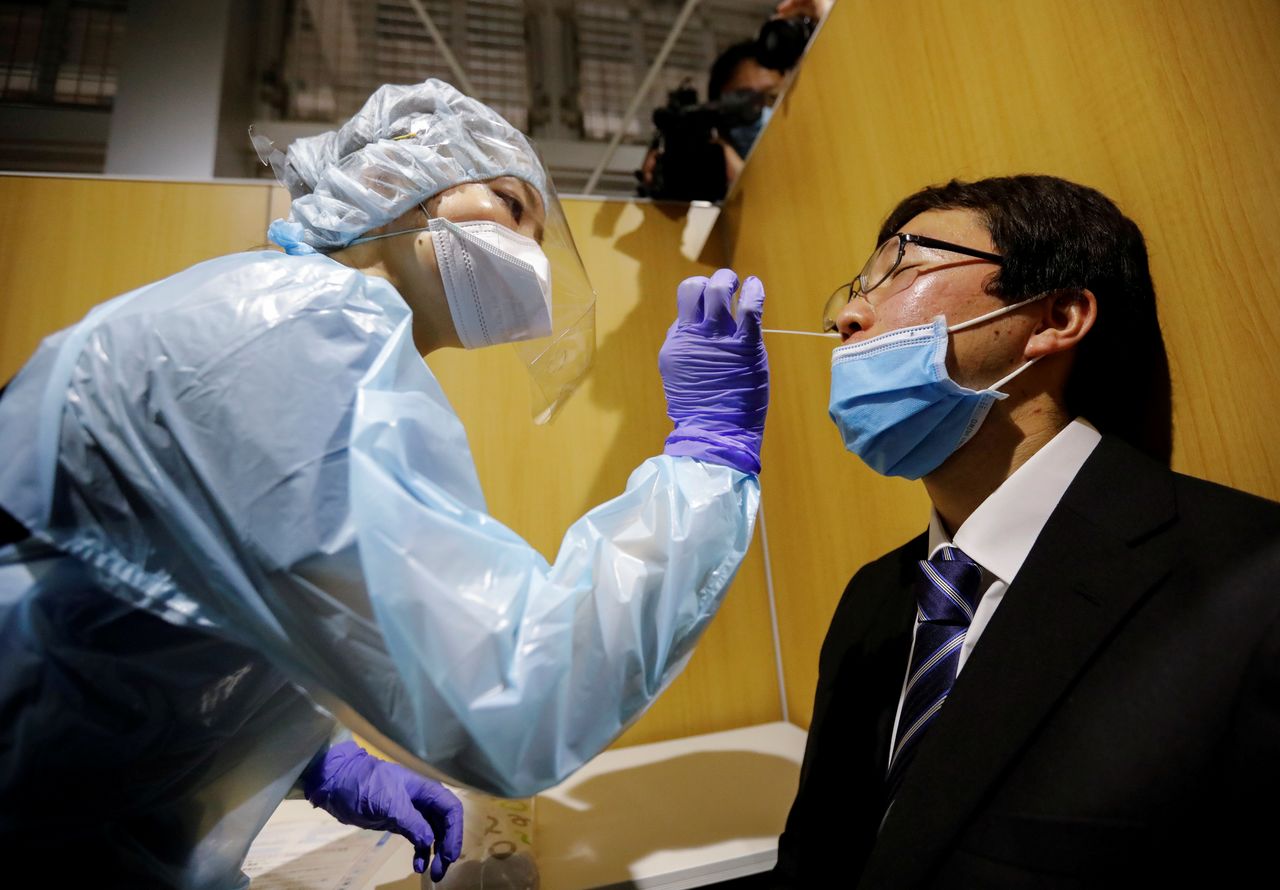 TOKYO (Reuters) - The number of COVID-19 infections in Tokyo may have jumped by nine-fold since last summer, coronavirus antibody tests showed, as Japan tries to rein in the country’s third and most lethal wave of the pandemic ahead of the Olympics in July.

Random testing on people in Japan’s capital in December showed that 0.91% had antibodies to the virus, compared with about 0.1% in a similar study in June, health ministry said in a report on Friday

The study sampled more than 15,000 people and also showed increases in antibody rates in Osaka and Miyagi Prefecture.

Reported infections in Japan have trended down in recent days but the government has signalled it would remain cautious.

Japan last month imposed a one-month state of emergency for 11 areas, including Tokyo, neighbouring prefectures and the western city of Osaka.

It had decided to extend the emergency in 10 of the 11 prefectures until March 7, as the medical system remained under pressure despite a decline in the number of cases.

The country has had more than 390,000 cases of the coronavirus and 5,832 deaths, and is desperate to stamp out flare-ups of infection as it prepares for the summer Games, due to begin on July 23.