TOKYO (Reuters) - Japanese billionaire Yusaku Maezawa on Wednesday launched a search for eight people to join him as the first private passengers on a trip around the moon with Elon Musk’s SpaceX.

He had originally planned to invite artists for the weeklong voyage slated for 2023.

The rejigged project will “give more people from around the globe the chance to join this journey. If you see yourself as an artist, then you are an artist,” Maezawa said.

The first stage of the selection process runs to March 14, with applicants needing to pass medical checks and, eventually, an interview with Maezawa.

The entrepreneur, who sold his online fashion business Zozo Inc to SoftBank in 2019, is paying the entire cost of the voyage on SpaceX’s next-generation reusable launch vehicle, dubbed the Starship.

“I thought there might be delays but everything is on schedule,” said Maezawa in an interview.

Two recent Starship prototypes have exploded during testing, underscoring the risks for Maezawa, 45, and his fellow passengers, who must also contend with the strains of space travel in the first private journey beyond Earth’s orbit.

“Elon Musk says there is no problem and I believe him,” said Maezawa. SpaceX ferried four astronauts to the International Space Station in November on its Falcon 9 rocket.

Maezawa said he is not in training - which he expects to take a few months at most - but is watching his alcohol intake and exercising while spending a few hours a week considering the mission.

“I’m only preparing mentally,” said the fashion guru, wearing a Dior shirt over a T-shirt depicting the iconic 1968 Earthrise photo.

Seeing the whole Earth and the far side of the moon would be highlights of the trip, said Maezawa, who had considered a trip the ISS before choosing the more ambitious moon voyage.

“This mission we expect people will go further than any human has ever gone from Planet Earth,” Musk said, days after SpaceX completed its latest $850 million fundraising, which has helped turn the businessman into one of the world’s richest people.

Costs for the trip remain in line with the original contract with SpaceX, said Maezawa, who has declined to say how much that is, but says is more than his $110 million purchase of a Jean-Michel Basquiat painting.

Both Musk and Maezawa have built loyal followings on social media, with the latter’s cash giveaways helping to make him Japan’s most-followed Twitter account.

Maezawa, who recently introduced SoftBank CEO Masayoshi Son to audio app Clubhouse, said he plans to feature mission preparation on his YouTube channel, which also offers videos of him playing golf in Hawaii and racing supercars.

Last year he launched a short-lived documentary search for a new girlfriend to join him on the trip before pulling out citing “mixed feelings.” 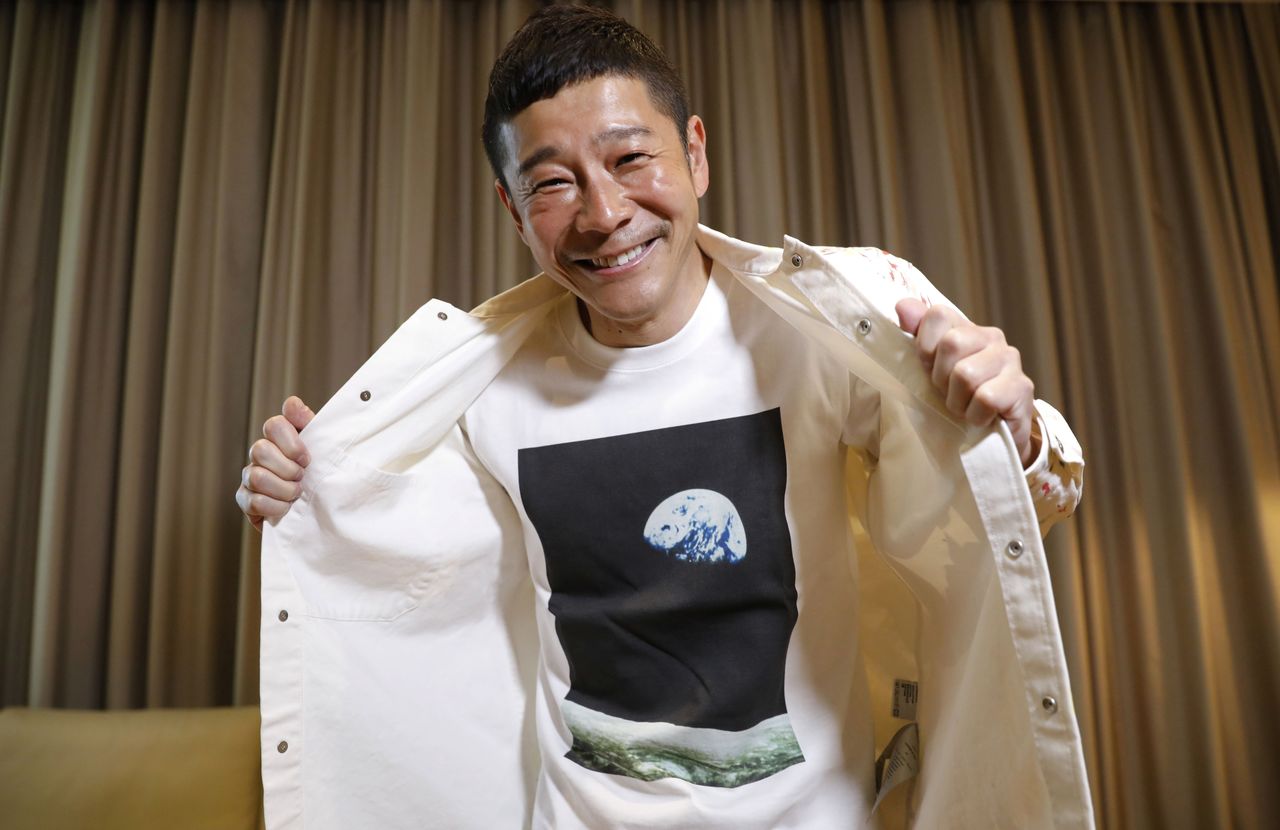 Japanese billionaire Yusaku Maezawa poses with his T-shirt bearing an image of Earth during an interview with Reuters in Tokyo, Japan, March 3, 2021. REUTERS/Kim Kyung-Hoon 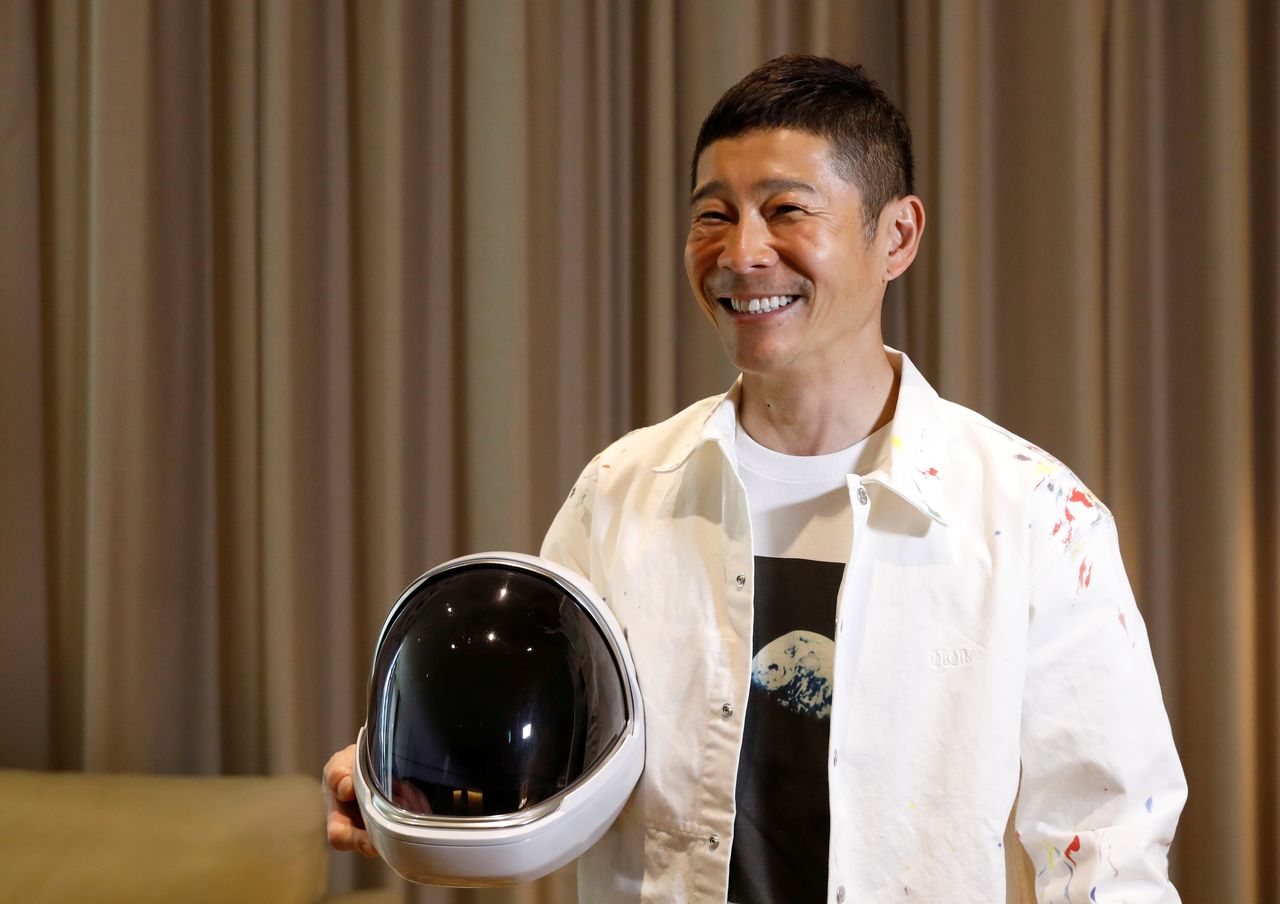 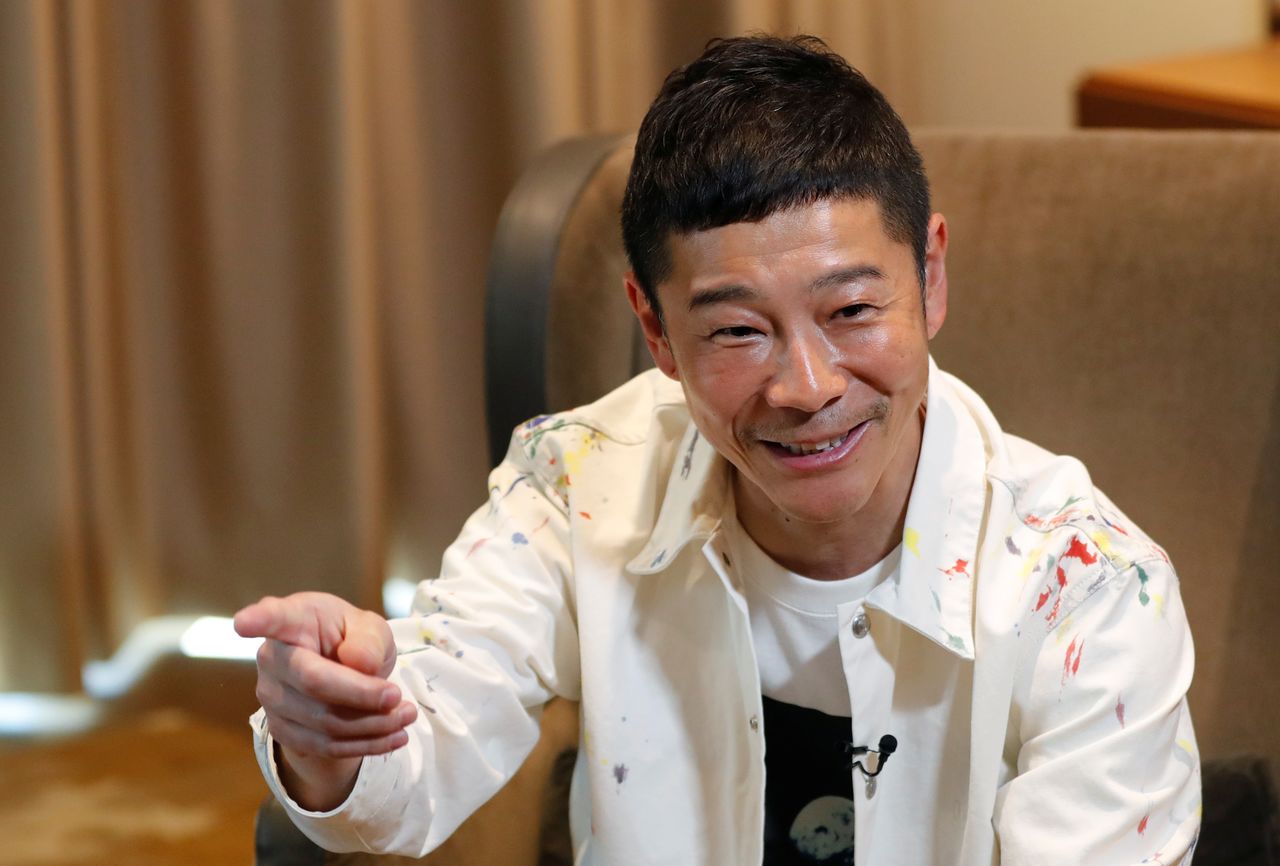