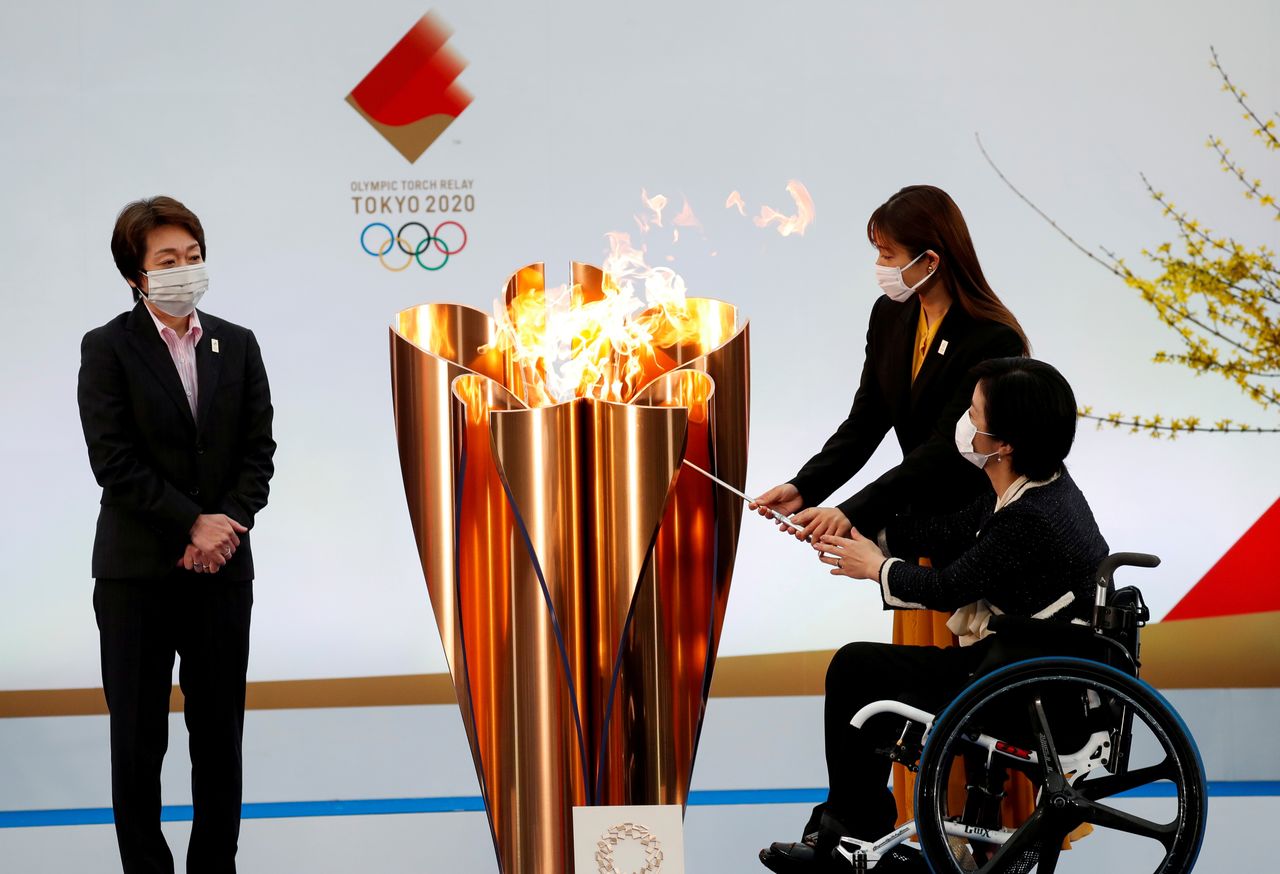 TOKYO (Reuters) - Authorities in Japan’s Osaka will discuss plans on Friday with organisers of the 2020 Tokyo Games to cancel the western region’s leg of the Olympic torch relay, its governor said, to avert a clash with measures to curb a spate of virus infections.

The 121-day relay, set to touch Osaka in mid-April, is seen as the first major test of Games organisers’ ability to hold a large event under strict coronavirus curbs. It features 10,000 runners carrying the torch through 47 prefectures.

“We can’t have the Olympic torch relay take place on the public roads of Osaka city,” Governor Hirofumi Yoshimura told reporters, adding that the talks with organisers would be held on Friday evening.

“I’d like to discuss with the Tokyo 2020 organising committee whether there might be something we could do in place of the relay.”

The organisers require roadside spectators to wear masks, observe social distancing and avoid cheering to limit spread of the virus, although there have been no reports of infections arising from the relay.

Osaka city is the capital of one of Japan’s biggest prefectures, which has a population of nearly 9 million people, and is grappling with a jump in infections surpassing those in the bigger city of Tokyo, the capital.

A two-month high of more than 600 new cases reported on Thursday, prompted the prefecture to adopt new emergency measures, such as shorter business hours and requests for people to work from home, which will run until May 5.

The Olympics, delayed by a year because of the pandemic, are set to run from July 23 to Aug. 8 and the Paralympics from Aug. 24 to Sept. 5.