With 100 days to go, Tokyo scrambles to stage pandemic Olympics

TOKYO (Reuters) -When Japan won the bid to host the Olympic Games eight years ago, it billed Tokyo as a reliable and secure location, contrasting it with rivals struggling with finances and political instability.

But 100 days before the start of the Olympics, the organisers face a deluge of challenges and growing uncertainty as the pandemic rages around the world, affecting decisions on everything from athlete safety to spectator numbers to ticket sales.

The biggest headache is the resurgent coronavirus, with countries like India and Brazil battling new variants and a fresh rise in cases. In Japan, vaccinations have been the slowest among developed economies, as Tokyo has lurched in and out of soft lockdowns. Infections are on the rise, and experts worry https://www.reuters.com/article/uk-health-coronavirus-tokyo-emergency-idAFKBN2BV0UA the city is on the cusp of an “explosive” jump in cases.

As a result, foreign spectators have been barred, parts of the torch relay have been re-routed, and the organizers are yet to decide what to do with the domestic audience. This has caused major challenges for sports venues and travel agencies, already grappling with restrictions to block the virus.

“The situation is constantly shifting. Even in the last few months the coronavirus situation has changed massively, and it will continue to do so, and it’s very challenging to continue preparations when we don’t know what the situation will be in the future,” said Hidemasa Nakamura, the top organising committee official overseeing logistical preparations for the Games.

His team has created the first “playbook” with COVID countermeasures, including rules banning visits to shops and restaurants. If visiting athletes break protocol, it could result in their being barred from competing.

But Nakamura pledged to overcome the challenges as “one team” and told Reuters it was “important to show what we have now, receive feedback, and finalise the playbook step by step, not to have these discussions behind closed doors.”

The next update to the rules is expected this month, he said.

Nakamura said that the summer heat poses another obstacle for Tokyo, and “there will be situations where it’s hard to balance both heat and coronavirus countermeasures,” such as when people in masks queue outside venues.

Tokyo government official Yoichiro Hara, who oversees preparations on public roads around the venues, added that “the symptoms of heat exhaustion can be similar to those of the coronavirus.”

Hara said his team is considering whether medical staff at first-aid stations should wear full protective suits, but with the difficulty of gauging the prevalence of the virus in July and no decision yet on the number of spectators, they have been unable to decide on how many stations are needed.

Another challenge is the athletes’ village, expected to house 15,000 people from more than 200 countries to compete in 33 sports at 42 venues. The organizers have planned for 126,000 volunteers to shepherd athletes and spectators around the city.

“The medical system is already under strain. Our local health centre can’t possibly take care of those athletes in the village,” said Hideki Hayakawa, director of Olympic coordination unit at Tokyo’s Chuo ward, where the village is located.

Hayakawa said that and other issues are still being negotiated with the Tokyo government.

At a ceremony on Wednesday to mark 100 days to the Games, Tokyo Governor Yuriko Koike said she was determined to make the event a success despite difficulties.

Some local organisers complain that information from Tokyo has come slowly, and that they learn about key developments from the media. Others, like Mie Watanabe, readying the road race course in Oyama, a city 90 kilometres (56 miles) southwest of Tokyo, worry months of their work could go to waste.

“The fact that we don’t know if roadside spectators will be allowed is a big problem for us – it means some of our preparations won’t be needed,” said Watanabe, listing items such as tents, toilets, and parking spaces.

Organisers in Oyama have set aside money to buy up to 5,000 masks for the onlookers - if they are allowed to gather.

“Once we do find out, it’s going to be a real scramble,” Watanabe said. 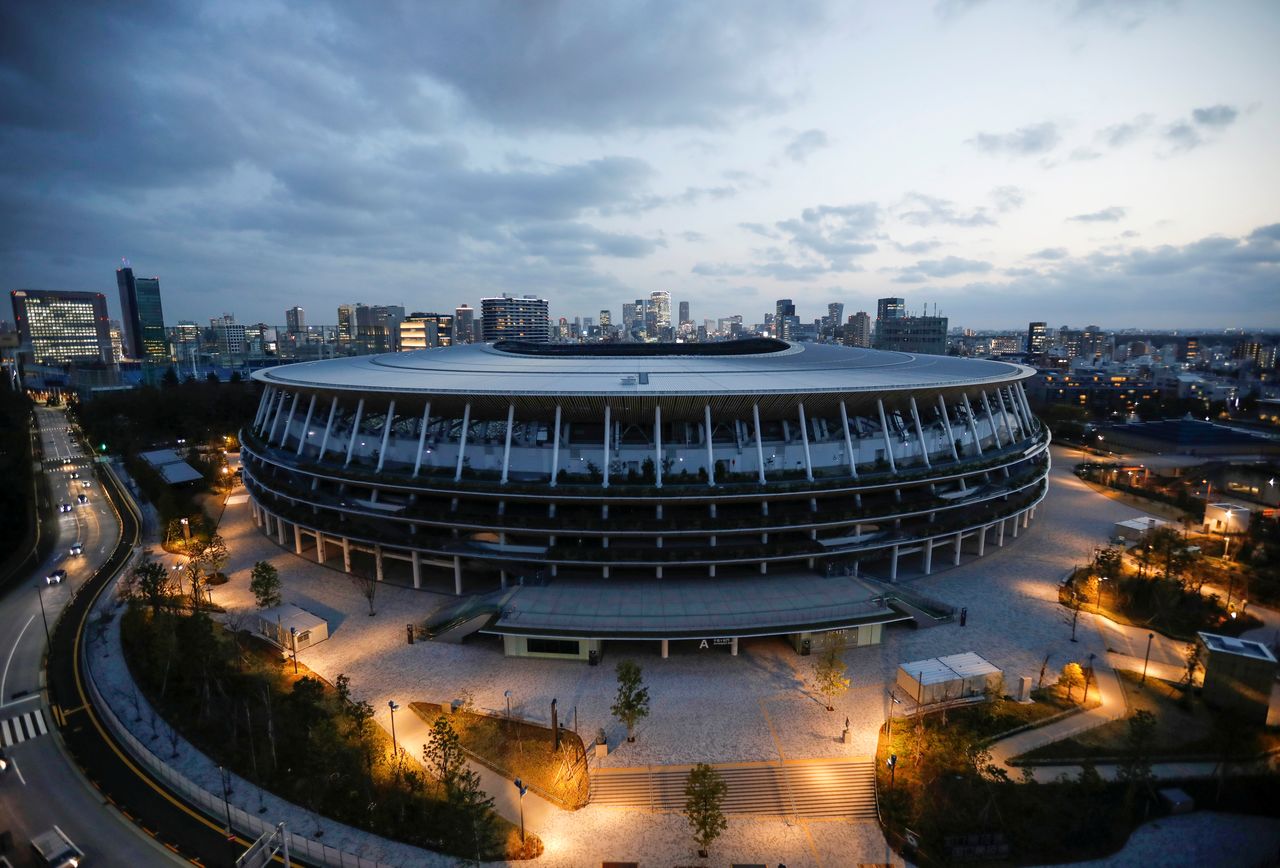 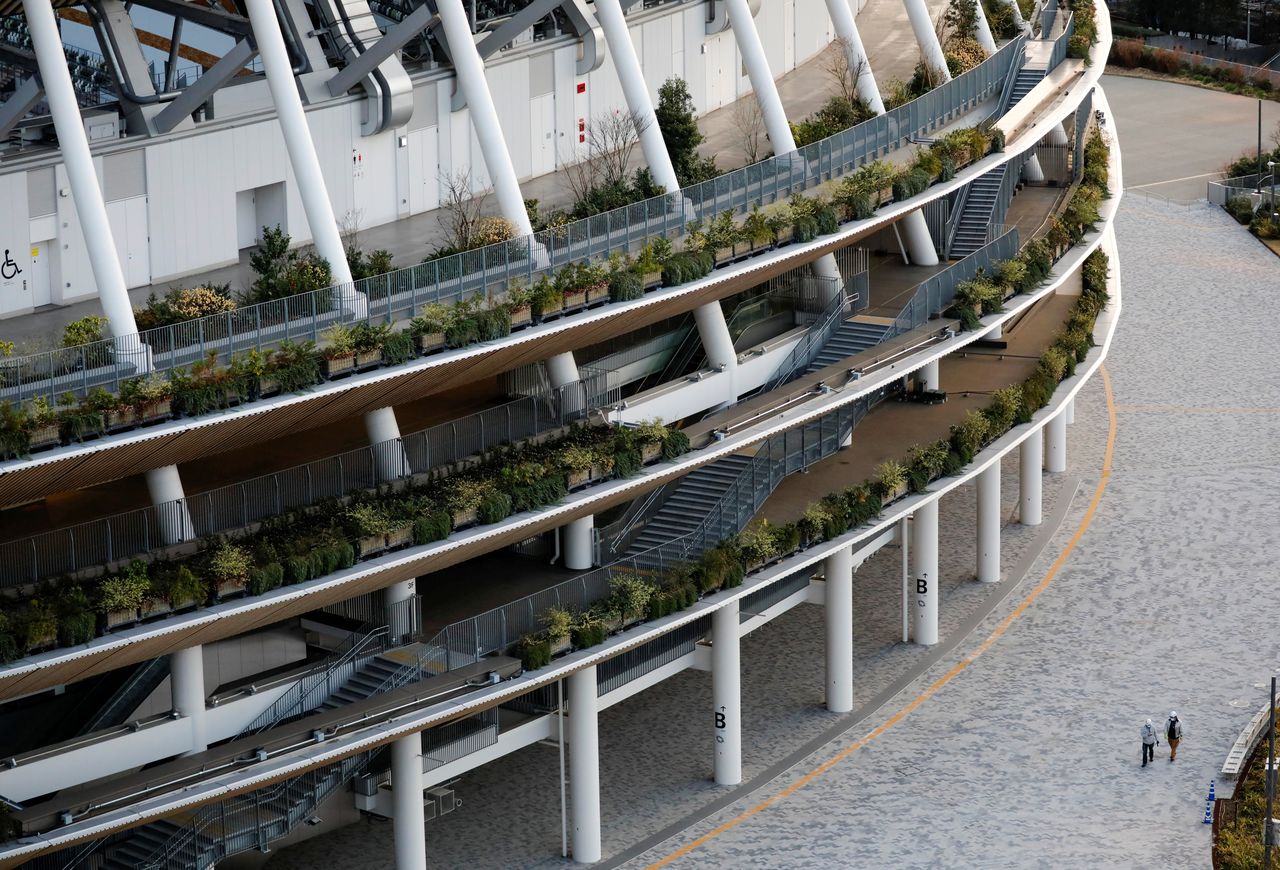 An external view of the National Stadium, the main stadium of Tokyo 2020 Olympics and Paralympics, is pictured in Tokyo, Japan, March 18, 2021. REUTERS/Kim Kyung-Hoon 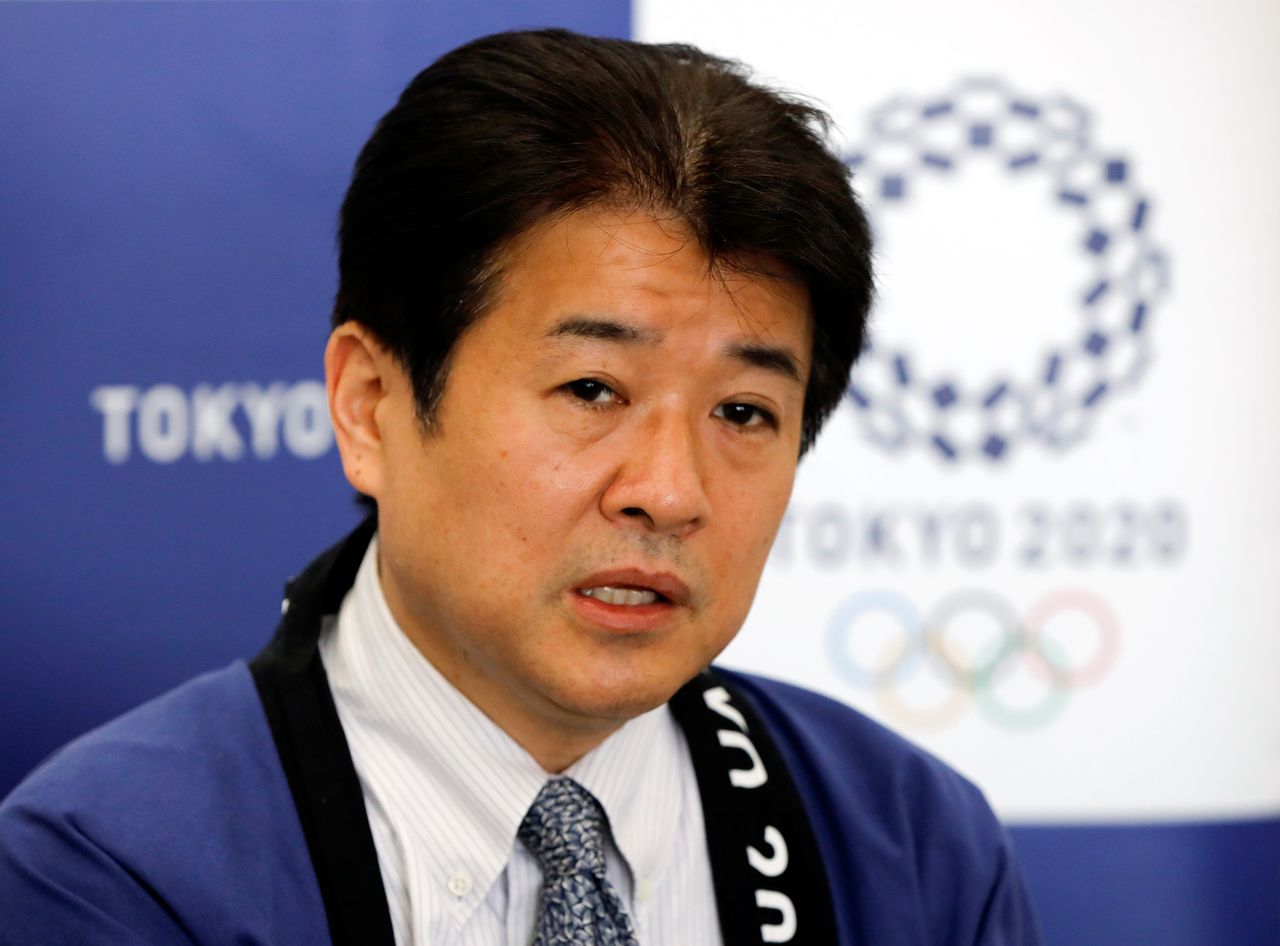 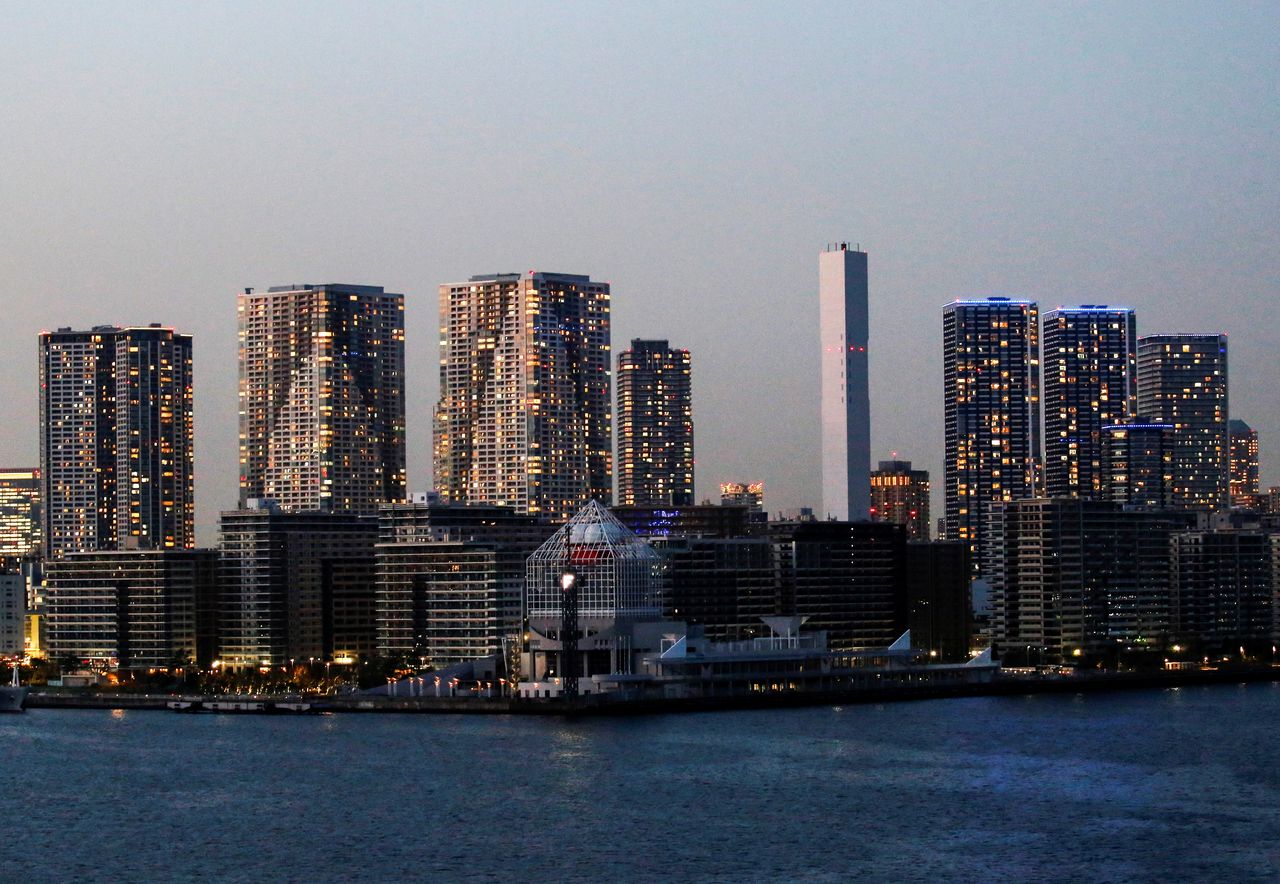 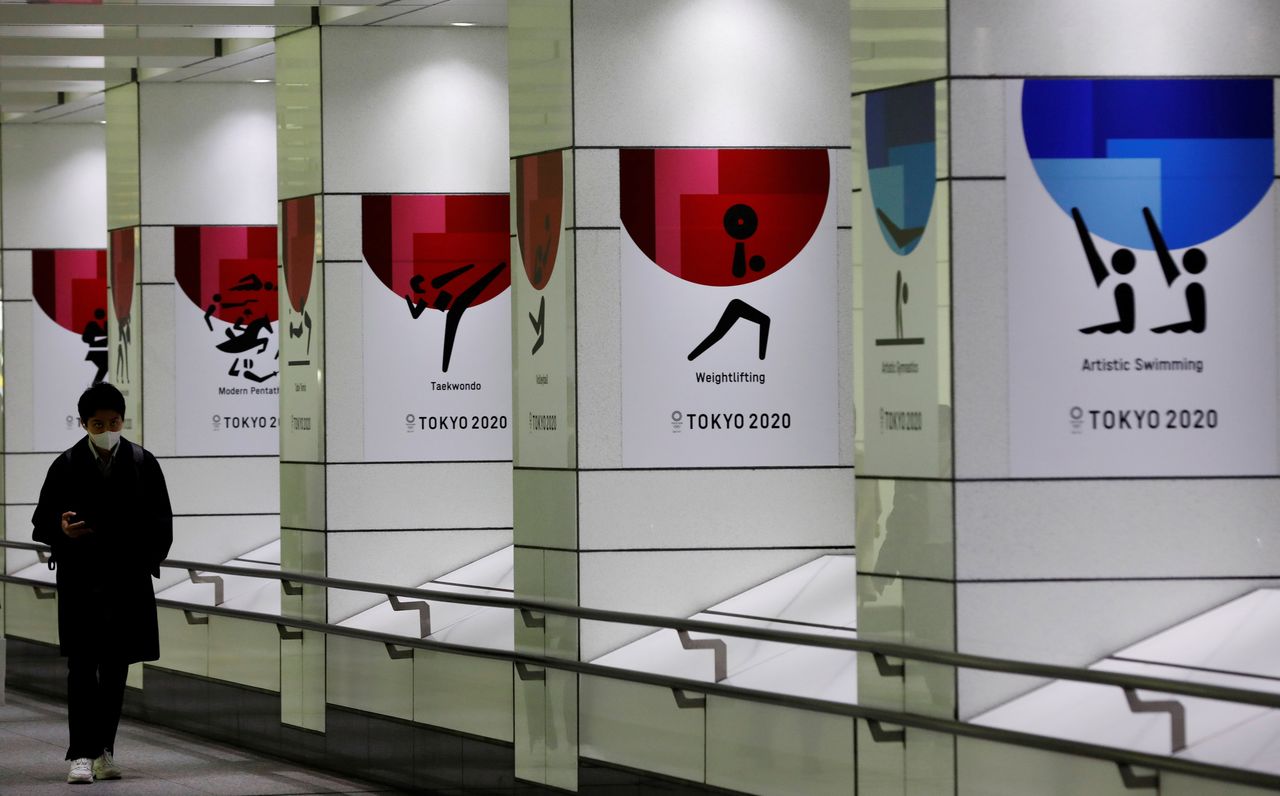 A man wearing a protective face mask walks past posters for the Olympic Games, a day before marking 100 days left to go until the opening ceremony of the rescheduled 2020 Tokyo Olympic Games, in Tokyo, Japan, April 13, 2021. REUTERS/Kim Kyung-Hoon