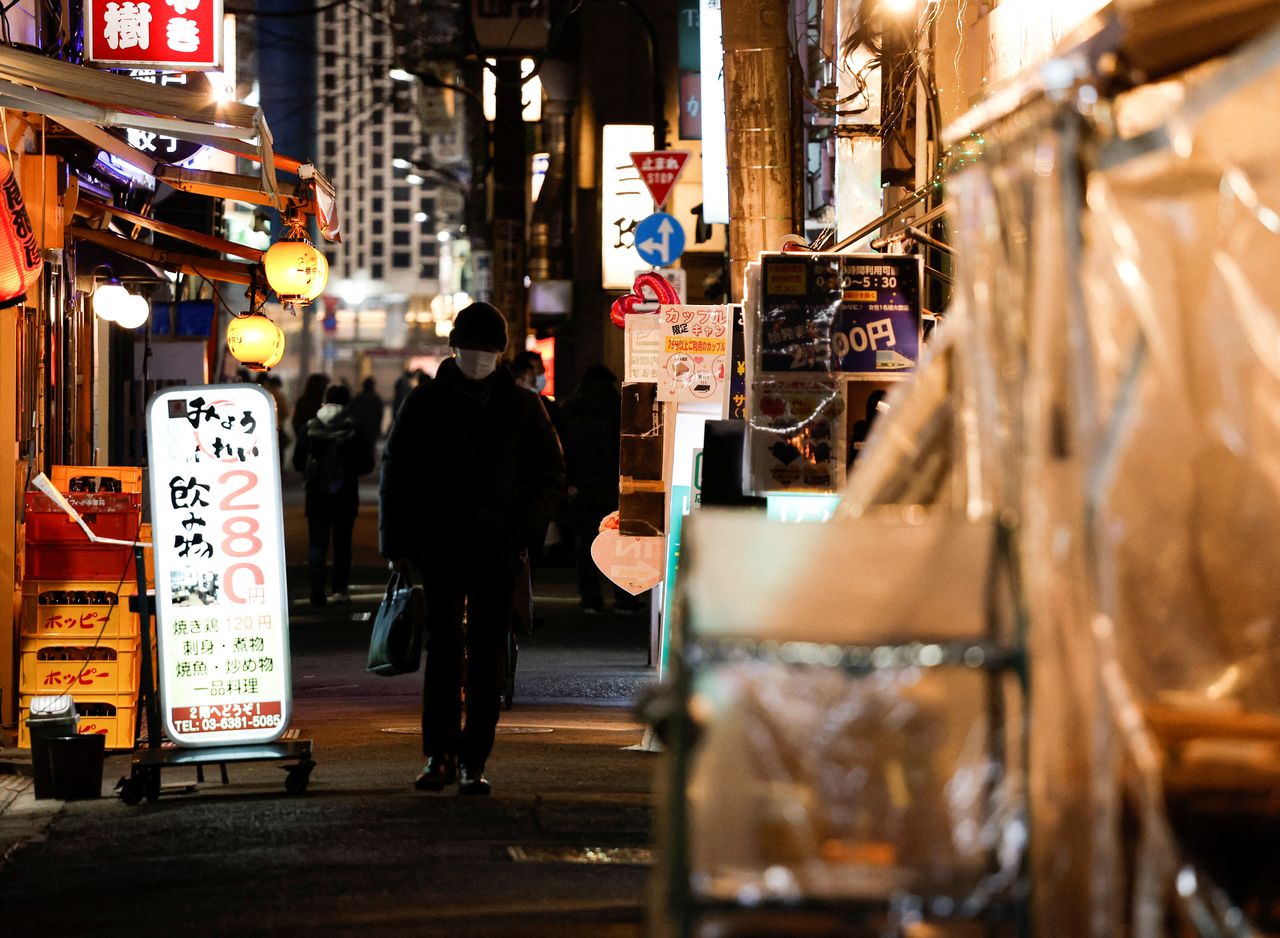 TOKYO (Reuters) - Two years after Japan locked down its borders to block the coronavirus, some 150,000 foreign students still aren’t able to enter the country, left in limbo by a policy that has disrupted lives and caused headaches for universities and businesses.

The absence of the foreign students and researchers is being felt from big laboratories to small, private universities, highlighting the importance of overseas talent - and their tuition fees - as Japan grapples with a shrinking population.

While the policy to stop the virus has proved popular for Prime Minister Fumio Kishida, some business leaders have warned about the economic impact, particularly as the labour market is tight.

What is less clear is the longer-term hit on Japan’s “soft power” - in particular its academic reputation around the world.

At research institute Riken, geneticist Piero Carninci says he sees the impact first-hand. Japan has a shortage of bioinformatic researchers critical for genomic studies but he has not been able to fill the gap with foreign talent over the past two years.

“My lab, for sure, is slowing down and our centre for this type of analysis. We are struggling,” Carninci, a deputy director at Riken, whose prize-winning research in genetics has been cited in 60,000 papers.

“Internationalisation in science is definitely critical, because you don’t have all the expertise in the same country.”

Many countries sealed borders to keep the coronavirus at bay.

The United States saw international student enrolment drop 43% in the fall of 2020 from the previous year, while some 80,000 immigrant worker visas expired unused last year.

But Japan stands out with the strictest borders among Group of Seven countries, effectively banning all new non-residents since March 2020. Only China, with its zero COVID-19 target, has been more closed off among major economies.

The stakes are high. A government-affiliated study showed Japan last year fell to 10th place globally in publication of noteworthy scientific papers, just behind India. Twenty years ago, it was number four.

Nearly half of Japan’s four-year private universities failed to fill all places for first-year students in 2021, up 15 percentage points from the previous year, according to an official at the Promotion and Mutual Aid Corporation for Private Schools of Japan, which represents private educators.

While the biggest reason was a drop-off in the number of Japanese students, the decline in foreign students was also felt, the official said.

More than 100 academics and international relations experts signed a letter asking Kishida to reopen borders last week. People shut out have protested outside Japanese embassies and an online petition calling for students and workers to be let in has more than 33,000 signatures.

The government said last week it would make an exception and allow 87 state-sponsored students in.

“It’s a giant own-goal for Japan after decades of masterful use of soft power,” said Wesley Cheek, a sociologist who recently left Japan for a research post in Britain.

“People like me, who’d usually be applying for grants to continue our research in Japan, just have to take a pass for the foreseeable future.”

International students can work part-time in Japan and have traditionally provided a pool of what Japanese refer to as “odd-job” workers in places like convenience stores, in a country long wary of letting foreign workers in.

Even before the coronavirus, there were not enough foreign students to meet labour demand, said Yohei Shibasaki, an international hiring adviser to service and tech companies

He estimated there were about 170,000 students from trade and language schools in Japan before the pandemic, most of whom worked part time.

Hiroshi Mikitani, chief executive of e-commerce group Rakuten, which hires foreign engineers, has said the curbs should be reconsidered as they were not practically effective and were “only a minus for the economy”.

The plight of international students, some dreaming for years of study, can be heart-wrenching.

On social media and in interviews, they described paying tuition for classes they took online in the middle of the night, losing scholarships, and months of stress waiting for change.

Some have exhausted savings. Some have given up and gone elsewhere.

Japan is no longer the main destination for study and research in East Asia, with more students now going to South Korea, said Davide Rossi, who runs an agency promoting study abroad.

Sujin Song, 20, a science major from South Korea, has lost her scholarship but tries to do lab work for her classes online. She was blocked again from entering Japan in November.