Volunteers flock to fight for Ukraine in pacifist Japan 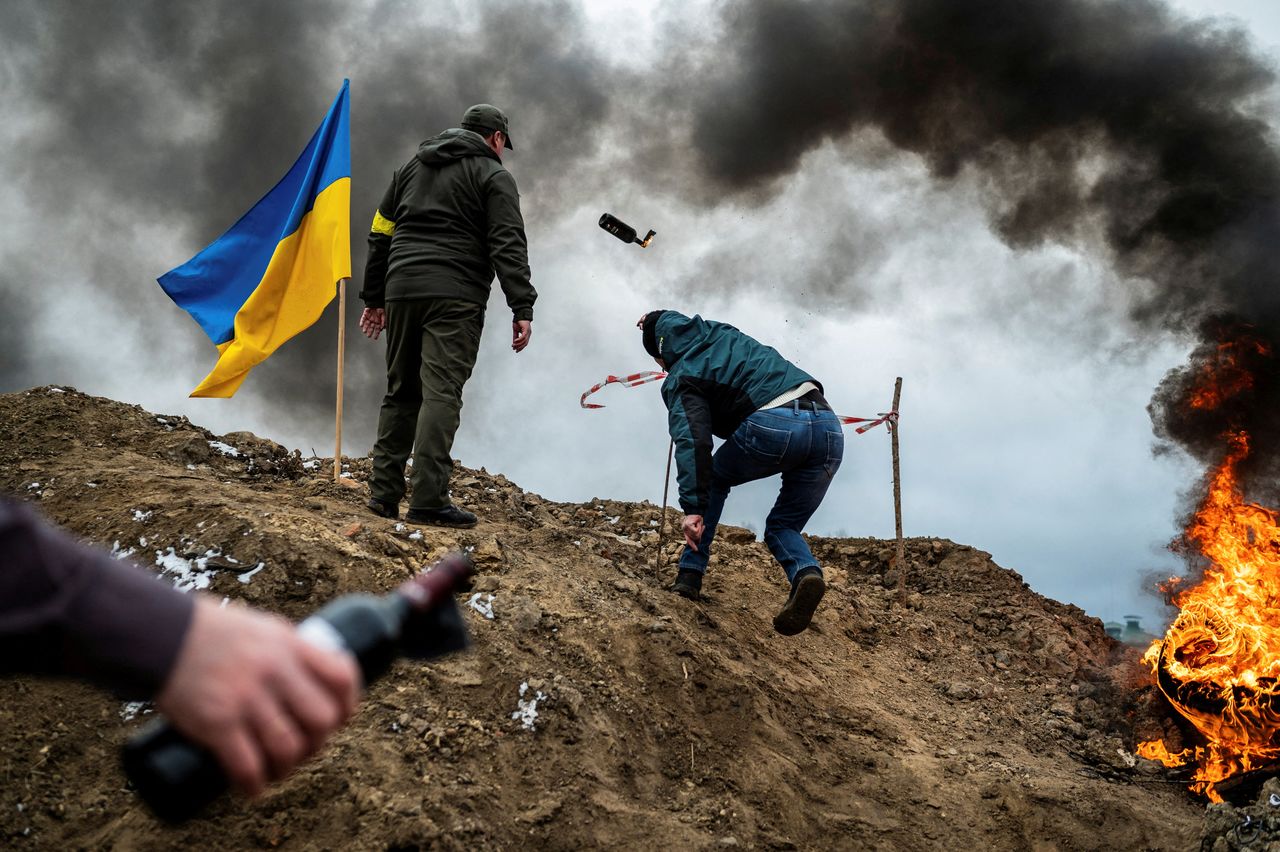 By Mari Saito and Elaine Lies

TOKYO (Reuters) -Keiichi Kurogi was one of dozens of men in Japan who offered to join an “international legion” to fight Russian invaders after Ukraine’s President Volodymyr Zelenskiy called for volunteers.

Kurogi, a 39-year-old office worker who lives in southwestern Japan, told Reuters he rang the Ukrainian embassy on Monday after seeing its plea for volunteers on Twitter.

“When I saw images of elderly men and women in Ukraine holding guns and going to the front, I felt I should go in their place,” he said.

The embassy declined Kurogi’s offer to fight, telling him that he lacked the necessary military experience.

As of Tuesday, 70 Japanese men - including 50 former members of Japan’s Self-Defense Forces and two veterans of the French Foreign Legion - had applied to be volunteers, the Mainichi Shimbun newspaper said, quoting a Tokyo company handling the volunteers.

A spokesperson for the Ukrainian Embassy acknowledged receiving calls from people “wanting to fight for Ukraine,” but declined to give further details.

A Feb. 28 social media post from the embassy thanked Japanese for their many inquiries about volunteering but added a proviso.

“Any candidates for this must have experience in Japan’s Self-Defence Forces or have undergone specialised training,” it said.

In a new post on Twitter on Wednesday, the Ukrainian embassy in Japan said it was looking for volunteers with medical, IT, communication, or firefighting experience. It was not immediately clear if the volunteer positions were remote or involved travelling to Ukraine.

Japan has told its nationals to put off travel to Ukraine for any reason, a warning reiterated on Wednesday by Chief Cabinet Secretary Hirokazu Matsuno, who said he was aware of the reports about the volunteers.

“The Japanese foreign ministry has issued an evacuation advisory for all of Ukraine and we want people to stop all travel to Ukraine, regardless of the purpose of their visit,” he told a news conference.

“We are communicating with the Ukrainian embassy in Japan and pointed out that an evacuation advisory is in place.”

Japan said on Wednesday it would temporarily close its embassy in Kyiv given increasing dangers in the capital.

The war in Ukraine has stirred strong emotions in Japan, which has a post-war pacifist constitution that has been reinterpreted in recent years to allow Japan to exercise collective self-defense or aid allies under attack.

Hundreds gathered for a protest against the Russian invasion last week in Tokyo, while the Ukrainian embassy said it collected $17 million in donations from some 60,000 people in Japan after it put out an online request for help.

One of them was Ryoga Seki, a 23-year-old studying computer science at a graduate school in Osaka, who donated an entire month’s wages from his part-time tutoring job - 100,000 yen ($868) - to Ukraine.

“There are many people here, like me, who want to do something but can’t move around right now,” he said, adding that it was his first-ever major donation and the maximum amount he could transfer at one time from his bank.

As for Kurogi, he is adamant that he would volunteer again if Ukraine changed its requirements.

“I’m from a generation that does not know war at all,” he said. “It’s not that I want to go to a war, it’s more that I would rather go than see children forced to carry guns.”