Shikayose: Nara’s Iconic Deer Gather to the Call of a French Horn

On a chilly morning in Nara, visitors enjoyed the sight of deer—for which the ancient capital is famous—gathering in response to the summons of a French horn.

This seasonal event is called Shikayose, or “deer calling.” According to the Nara Deer Preservation Foundation, Shikayose dates back to the late nineteenth century, when a trumpet was blown to celebrate the completion of Rokuen (“deer garden”), a facility established to protect the deer living in Nara Park. 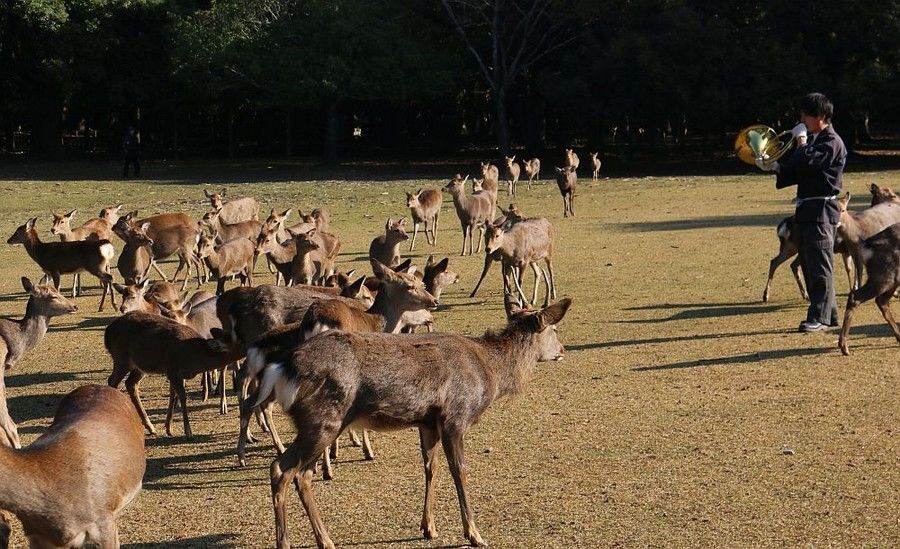 Deer living in Nara Park gather in response to the call of a French horn.

At 10:00 on December 4, a man started playing a French horn in an open area of the park, and about a hundred deer gathered in response. Some of the smaller animals came at a gallop. The man spread nuts on the ground for them to enjoy, and some of the visitors offered them shika senbei, specially made deer crackers.

Shikayose is being performed every morning from 10 a.m. through December 14, except on Sunday, December 8, when a marathon is being held in the area. 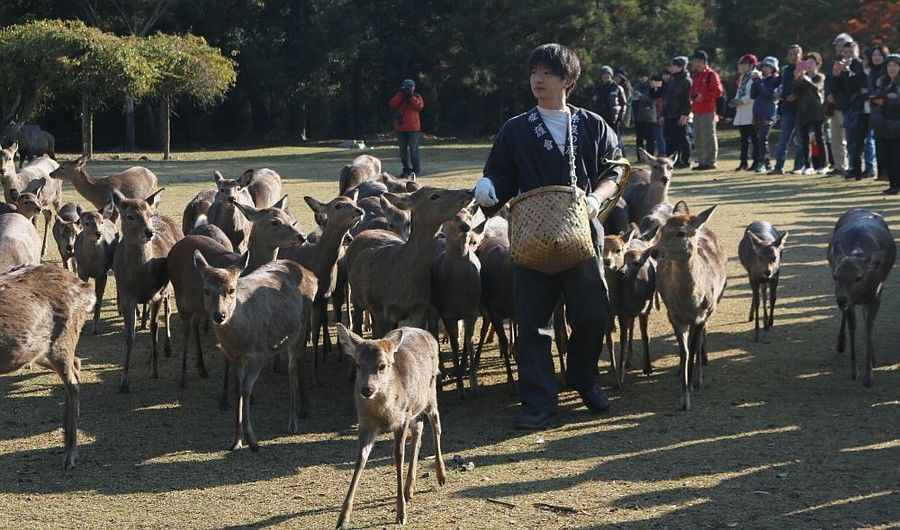 The French horn player scatters nuts, a favorite food, for the assembled deer.

(Originally published in Japanese on The Page on December 4, 2019. Translated and edited by Nippon.com.)