I will never look at lettuce in the same way again. I had always thought of it as a fairly dull vegetable, there for bulking out a salad, but you get a new appreciation for its beauty when you see one lovingly created from a large, translucent film of wax.

The Magic of Lettuce 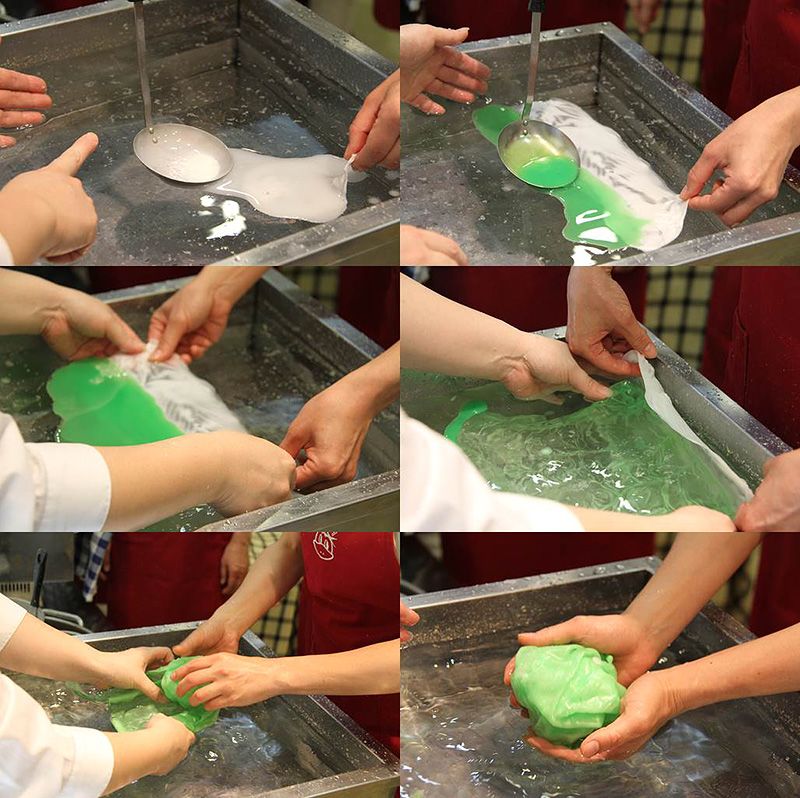 The instructor provides guidance to a workshop participant.

I was taking part in a workshop at Ganso Shokuhin Sample-ya, a shop specializing in the "fake food" commonly seen in display windows at restaurants in Japan. The replica food workshop instructor started demonstrating the process by ladling white wax onto a sink of water heated to 40°C to form a puddle on the surface.

Next, she made the puddle larger by attaching a ladle and a half of green wax on one side of the white before pushing the floating mass away to the far side of the sink. Here came the fun part. Taking both sides of the white section between thumbs and forefingers, she pulled it slowly downward underwater and back toward her. Because the wax was still warm, it stretched and stretched to three or four times its original size.

Lifting the delicate sheet of wax out of the water, she took the white part and folded it together “like a frill.” This was the core of the lettuce. Next, with a deft touch, she wrapped the green wax around to cover it, alternately left and right, until she had a complete lettuce. The final touch was to cut the new vegetable in two and put all the internal artistry on display.

This was the climax of the workshop. Beforehand, the group had made tempura batter from yellow wax, using it to coat pre-prepared fake food items like shrimp, eggplants, and pumpkin slices. We created the koromo, or fried tempura coating, by dripping the wax from high above the water to achieve the crisp and crunchy look of the real thing. After that, we just needed to give the wax a cooling dip and wrap it around our chosen filling.

Given the tendency (since my early days) of my craft activities to go awry, I had been a little nervous going in. But thankfully, though not up to the quality of the demonstration sample, my lettuce and tempura were largely successful. To be honest, the instructor provided plenty of help, and after all the lower age-limit for participation is first grade of elementary school! It was a fun experience and I got to take my culinary creations away with me.

Ganso Shokuhin Sample-ya is in the north Tokyo district of Kappabashi near Asakusa, commonly known as “Kitchen Town” for its outlets selling everything a restaurant might need. The shop holds these hands-on sessions regularly; full contact details are given below. However, while foreign students are frequent participants, do bear in mind that at least one member of your party will need to be reasonably fluent in Japanese.

From Wax to Plastic

Making fake food out of wax is the classic way to do it. These models for whetting restaurant customers’ appetites by showing them what dishes they can choose go back about a century. One of the pioneers was Iwasaki Takizō, who founded the company that now runs Ganso Shokuhin Sample-ya. When the main constituent, paraffin, was rationed in World War II, threatening production, Iwasaki devised a way of reducing paraffin usage to just 0.05% of what was previously needed.

The many forms of fake food: an asparagus-bacon holder for your personal seal and a cut of salmon for your keys.

But even with technological improvements, wax has its drawbacks. Too much direct sunlight and the food might even melt, degrading its visual appeal. In recent decades, manufacturers have switched from wax to plastic, increasing durability and allowing for greater realism. From a business sense, though, the manufacturers may have made these items a little too durable: although they are considerably more expensive than the real thing, they rarely need to be replaced. This may be one reason that the companies now also target tourists and the general public. 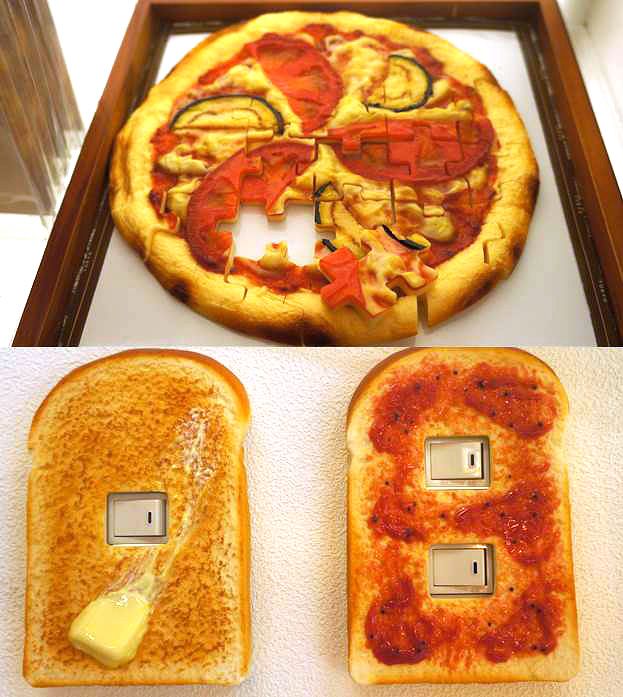 Fake food for the nonrestaurant customer comes in numerous forms, from the relatively common fridge magnets and mobile phone charms to more unexpected items like pizza jigsaws and toast light-switch plates. Some restaurant regulars, like a plate of spaghetti with strands dangling down from a mid-air floating fork, are also popular with ordinary buyers. There are even kits for modeling enthusiasts who want to make their own food at home.

Dreaming ahead, maybe if 3D printing really takes off we’ll all be printing our own food for decorative purposes. Enticing main dishes and delicious desserts produced at the push of a button. The perfect lettuce . . . But then again, making something with your own hands brings its distinctive pleasures; my lettuce, imperfect though it is, was my own creation. There’s nothing quite like putting some work in and reaping the fruit, ah, vegetable of your efforts. 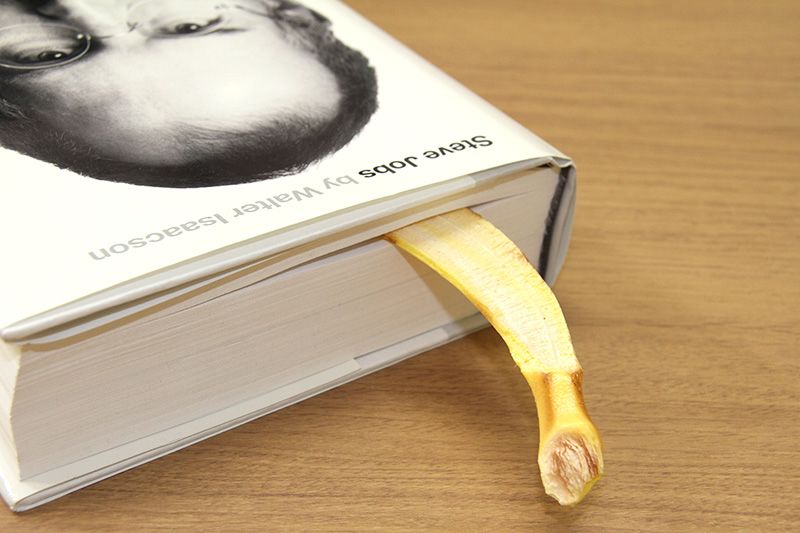 Never lose your place again with this banana skin bookmark!