Every February 3 Japan observes Setsubun. Children and adults alike rid their classrooms and homes of malevolent spirits by gleefully flinging handfuls of roasted soybeans, known as fukumame, at classmates and family members disguised as oni (ogres). Many temples and shrines around the nation also mark the day with ceremonies intended to ensure patrons good fortune in the coming year.

A Custom with Deep Roots 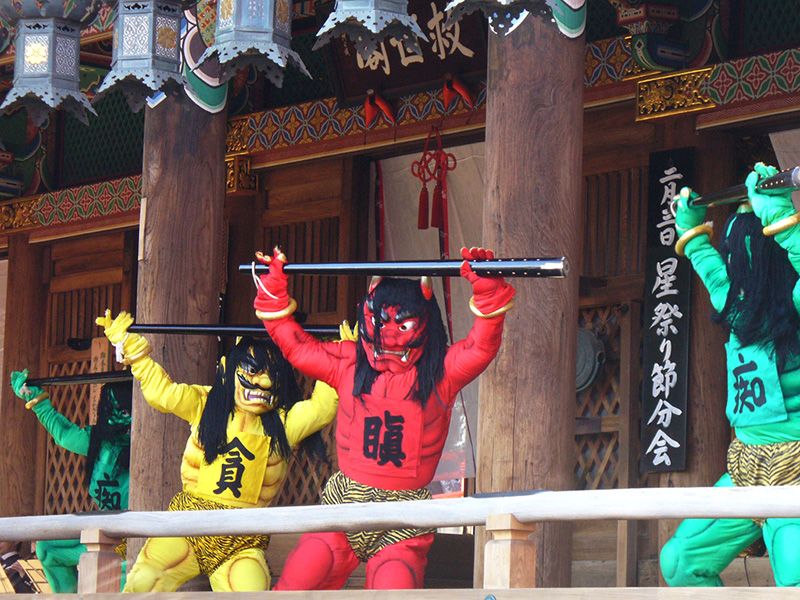 Oni are thought to bring misfortune and disease.

The term setsubun in general refers to each seasonal division of the lunisolar calendar, but over time it has largely come to signify the traditional demarcation between the cold, dark days of winter, daikan, and the beginning of spring, risshun. The changes of seasons were traditionally viewed as a time when evil spirits held greater sway over the fortunes of the living. Since early times theatrical exorcisms known as tsuinashiki served to drive demons, devils, and other malicious spirits away. These ceremonies, with roots in Chinese folk beliefs, were adopted by the imperial court and were traditionally held on the final day of the year (ōmisoka) as part of broader New Year celebrations.

It was not until the Muromachi period (1336–1573) that the tradition of Setsubun began to make inroads among the general populace. The scattering of roasted soybeans (mamemaki) belongs to the ancient tradition of sangu, food offerings to placate gods and spirits, and is thought to have originated as a form of harvest celebration. It is unclear when the practice was incorporated into the Setsubun tradition, but the choice of soybeans may have been inspired by their perceived medicinal properties.

The curative quality of soybeans also plays a part in the tradition of eating the same number of fukumame as one’s age as a way of ensuring health in the coming year. One agrarian custom that has fallen out of practice is the tradition of placing 12 beans on the hearth as a way of divining the weather for the coming year. A more recent mamemaki trend is to substitute unshelled peanuts for soybeans—the idea being that while beans get swept up and thrown away, the peanuts can be brushed off, cracked open, and eaten. 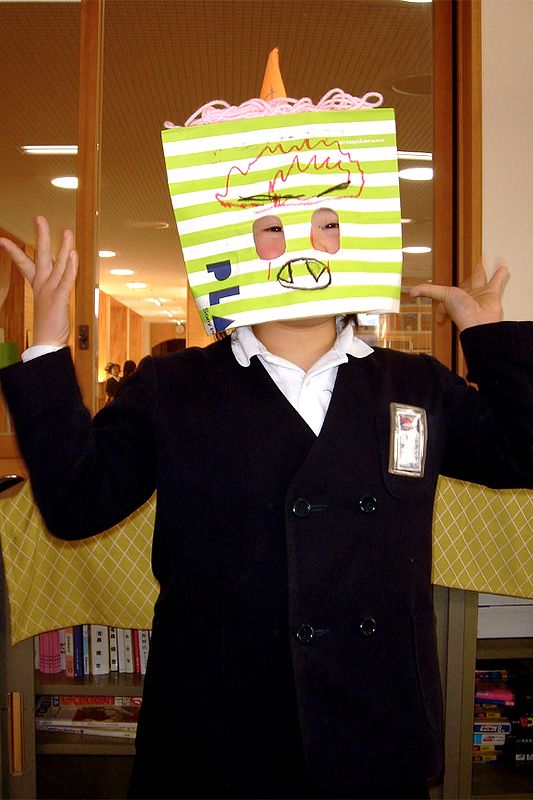 At homes, the role of ogre is normally played by the head of household or by family members born under the Chinese zodiac sign for that year, called toshi-otoko for boys and toshi-onna for girls. At kindergartens and daycare centers teachers or older children often play the oni role. It was common in the past for temples and shrines to engage youths as masked demons and have patrons who were in their yakudoshi—years of age held to bring significant misfortune—throw the beans. This engaged younger members of the community while allowing patrons to improve their spiritual leverage. This custom has shifted in recent decades toward celebrities and sports figures being invited to serve as bean-tossers.

There seems to be a lack of consensus on what to shout when throwing fukumame. General practice stipulates chanting “Oni wa soto, fuku wa uchi,” or “Out with ogres out and in with good luck.” However, there are many who prefer only to wish for good luck . . . and some temples even ask both ogres and fortune to enter.

Setsubun traditions have held up against the passage of time, but the celebration has also shown itself to be malleable. One significant change was Japan adopting the Gregorian calendar, which moved the holiday from its traditional pre–New Year spot to its current location on February 3. Another recent development has been the propagation by convenience stores and other shops of a type of auspicious rolled sushi known as ehōmaki. The (young) tradition associated with these is to face a certain direction of the compass, decided each year by zodiacal methods, and eat the entire thing in one go. Originating in the Kansai area, these stout rolls can now be found all over Japan.