Building Tokyo: The Story Behind the Capital's Red Brick Landmarks

The majestic burgundy facade of Tokyo Station has been stirring hearts since 1914. The broad structure on the Marunouchi side of the station remains one of the best-known examples of brick architecture produced during the Meiji (1868–1912) and Taishō (1912–26) eras, periods marked by heavy influence from the West.

A Building Material in Demand

The design of the building is unquestionably European, but the characteristic rich red of its walls is distinctly Japanese. The bricks making up much of the original structure, 8.3 million by some estimates, came from the dense clay found along the banks of the Tone River in the central Kantō region. 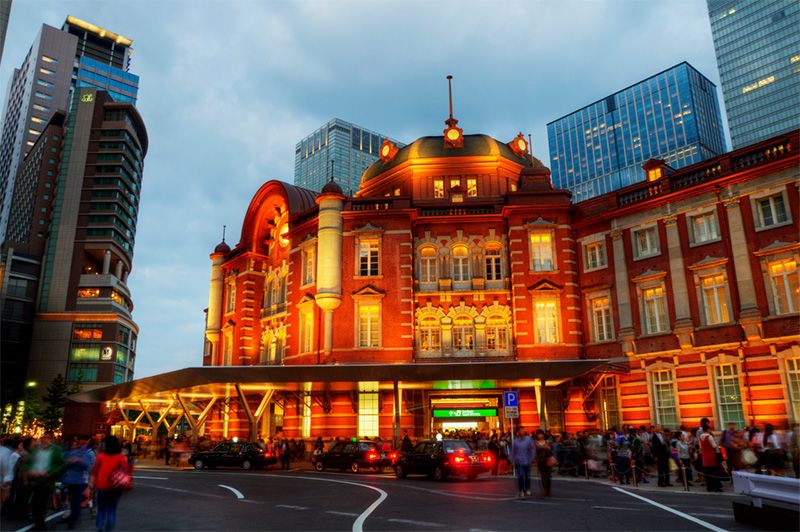 Tokyo Station lit up at night.

In 1886, the Meiji government turned to German architect Wilhelm Böckmann to help redesign Tokyo as a grand, modern capital. The plans put forward by Böckmann and his partner, fellow German Hermann Ende, included government buildings, parks, and public squares, and included exquisite examples of European-style architecture that relied heavily on brick as a building material. At the time, brick production was still in its infancy in Japan. While there were small-scale brickyards located around the country, none could meet the demand that Böckmann and Ende’s plans entailed.

The Germans adamantly opposed using an amalgam of bricks from different kilns, as inconsistencies in their size and composition would compromise the structural integrity and visual appeal of buildings. What was needed was a facility that could produce bricks of uniform quality on a grand scale. It was Shibusawa Eiichi, a renowned Meiji era entrepreneur and business leader, who stepped up to meet this challenge.

The Beginning of a Brick Company

Shibusawa, a former official at the Finance Ministry and cofounder of Japan's first modern bank, hailed from the hamlet of Hanzawa in what is now Fukaya in Saitama Prefecture. The area had been producing ceramic tiles since the Edo period (1603–1868) and Shibusawa was certain the local clay would also produce high-quality bricks. He took his idea of building a mechanized brick factory to the government and got the green light to establish the Japan Brick Company in 1887. 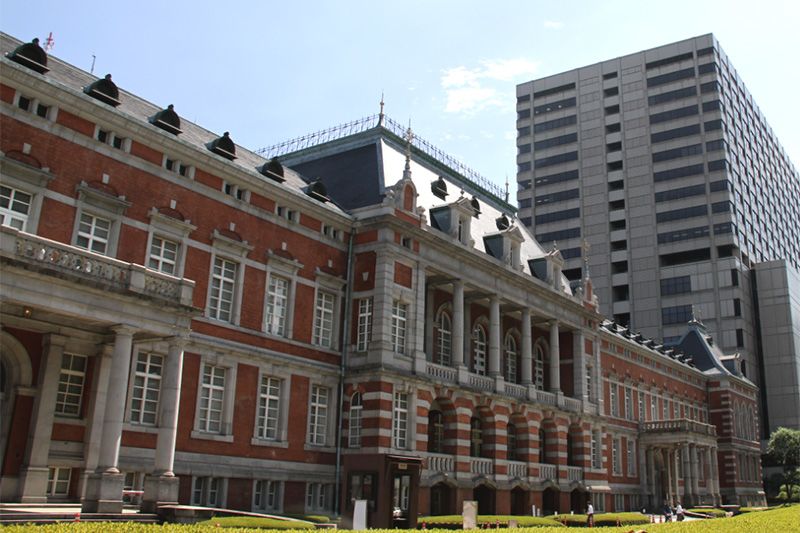 The old Ministry of Justice building.

After the costs of realizing Böckmann and Ende’s vision turned out to be prohibitively high, most of their plans were abandoned by the government. One building that did become a reality, although several years after the Germans had left Japan, was the Ministry of Justice. Completed in 1895 from Fukaya bricks, it remains an important facility for the ministry, today housing the Ministry of Justice Library and Museum.

The Japan Brick Company produced material for many structures erected during the Meiji and Taishō eras. Many of these are still standing, including the old Bank of Japan building and the Kanagawa Prefectural Museum of Cultural History (formerly the Yokohama Specie Bank)—and, of course, Tokyo Station.

A substation room from the old factory.

The demand for bricks eventually dwindled as earthquake-friendly materials came into wider use. The company eventually switched its focus to other products, such as ceramic piping and tiling, and finally closed its doors for good in the mid-2000s. Many of the factory’s original structures have been retained, though, and the site has been converted into a museum.

Perhaps the greatest tribute Fukaya has made to its role in the early history of modern Japan is its own railway station. Originally constructed in 1883, it was rebuilt in 1996 as a replica in miniature of Tokyo Station.

(Banner photo: The exterior of Fukaya Station, rebuilt as a miniature of Tokyo Station. Courtesy Kuraken.)