Japan’s imperial system extends back through the nation’s recorded history and into legendary prehistory. Emperors rarely ruled directly, but have often been influential in politics. They also play a priestly role in Shintō, and are traditionally considered to descend in a direct line from the sun goddess Amaterasu. 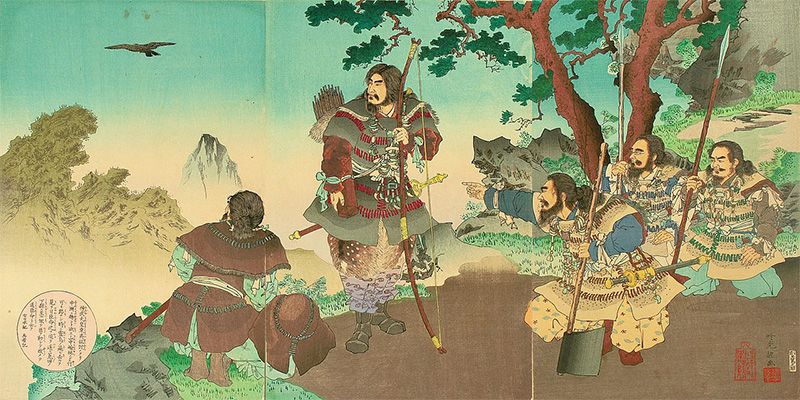 Japan’s fabled first-ever emperor founded the country in 660 BC, according to the Kojiki and Nihon Shoki, chronicles written in the early eighth century. Before taking the throne, he is said to have won a major battle when a golden bird flew down and landed on his bow, dazzling his enemies. In 1873, the Meiji government established a holiday called Kigensetsu, marked on February 11, to recognize his ascension to the throne. The war-era government celebrated it most lavishly in 1940, the supposed 2,600th anniversary of the beginning of his rule; the holiday was banned in the postwar era, but reinstated as National Foundation Day, a national holiday, in 1966. 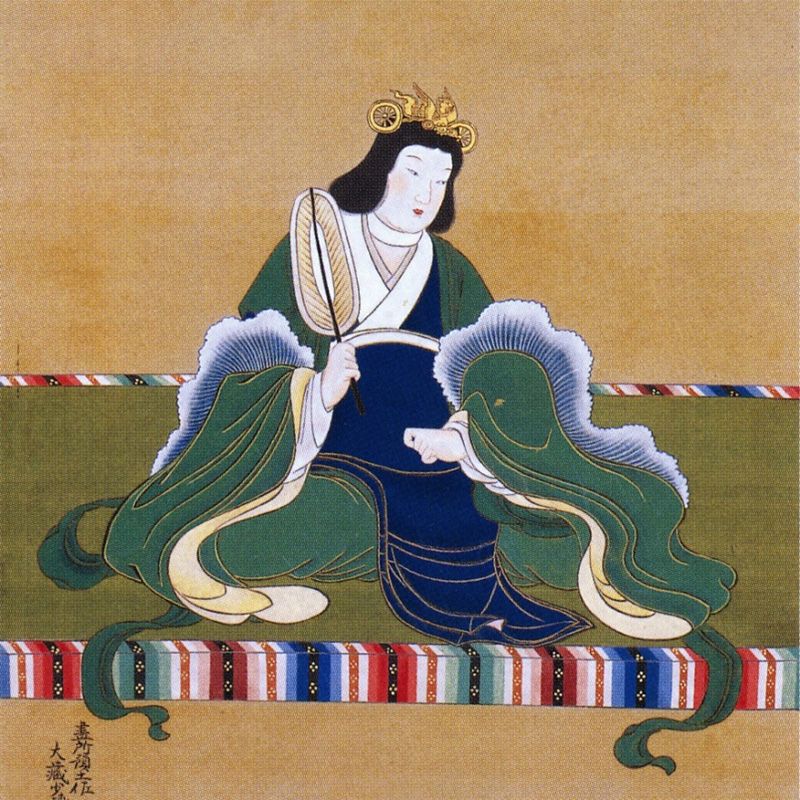 Suiko, counted as the thirty-third tennō in the traditional order, ascended the throne in 592 to become Japan’s first nonlegendary empress and the first of eight women who would sit on the Chrysanthemum Throne in recorded history. She ruled with the assistance of her celebrated nephew Prince Shōtoku (574–622) as regent. She oversaw an age in which Buddhism flourished and the temple Hōryūji was built in Nara. Japan also began diplomatic missions to China during her reign. 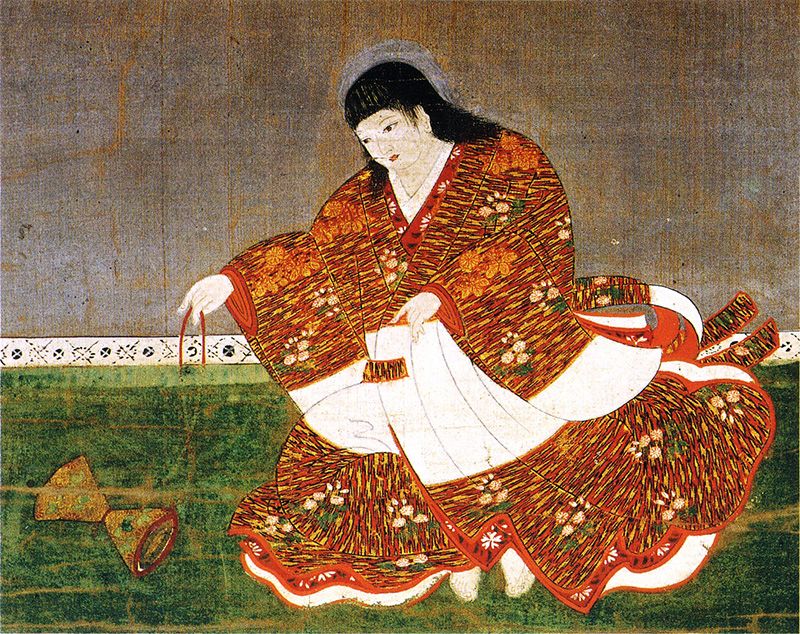 Ascending to the throne at the tender age of two, Antoku was a mere figurehead for the actual power wielded by his grandfather, the military leader Taira no Kiyomori. His brief life was marked by the 1180–85 war between the Taira and Minamoto clans, which climaxed at the 1185 naval Battle of Dannoura. The young emperor, fleeing with the remnants of the Taira forces, drowned with his grandmother, Kiyomori’s wife Tokiko, who told the boy, “In the depths of the ocean is our capital.” With him sank the sacred sword, one of the three sacred regalia of the imperial household. 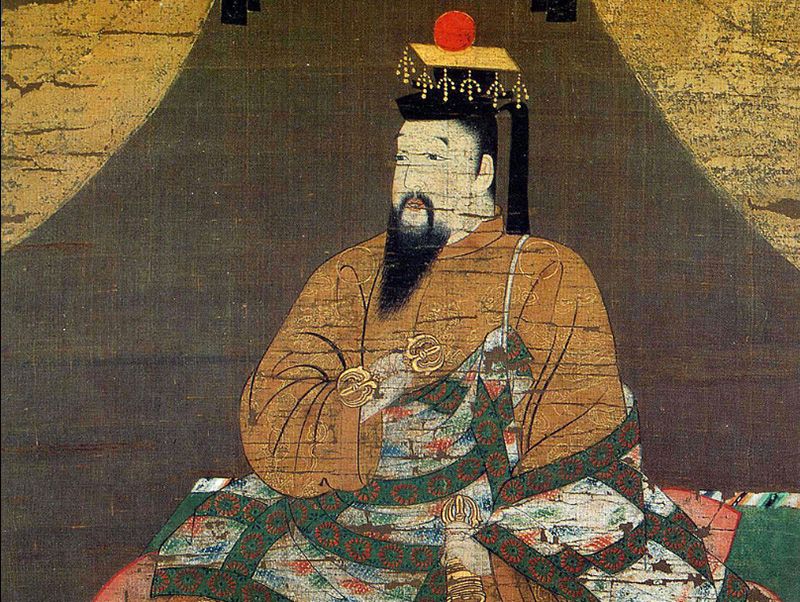 Emperors themselves were frequently involved in political intrigue. Exiled to the Oki Islands for plotting to destroy the Kamakura shogunate in 1331, Emperor Go-Daigo escaped in 1333, when he succeeded in his next attempt. His rule was short-lived, though; he was forced to flee when supporter Ashikaga Takauji turned against him in 1335. Takauji established the Muromachi shogunate, putting a new emperor on the throne, but Go-Daigo set up a rival Southern court that claimed sovereignty until 1392, when Emperor Go-Kameyama abdicated and passed the throne to Emperor Go-Komatsu of the Northern court. 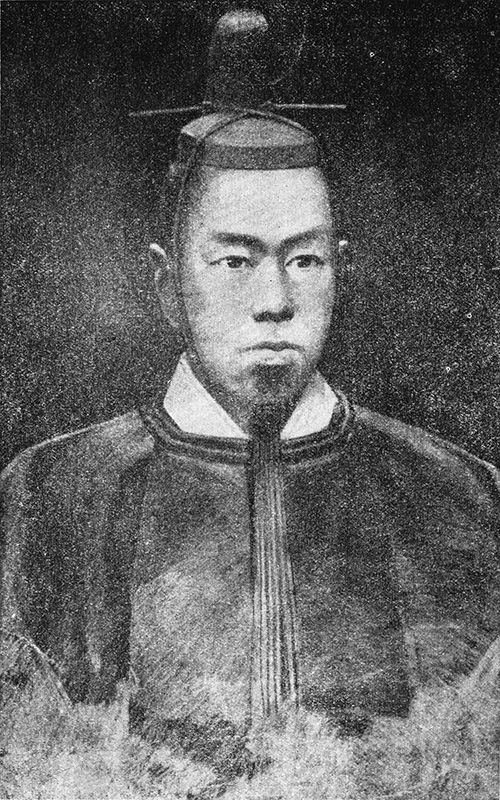 The 121st tennō according to the traditional order, Kōmei reigned from 1846 to 1867. During his tumultuous time Japan was pressed to open up to a rapidly modernizing world. Skeptical of the need to deal with foreign nations, Kōmei departed with tradition to play an active political role; his opposition to the opening of Japan culminated in his 1863 “order to expel barbarians.” Smallpox cut his life short in 1867, and his son Emperor Meiji oversaw the emergence of Japan onto the world stage. Kōmei was the last emperor with multiple nengō, or era names, during his reign; from Emperor Meiji onward, the nengō has been selected at the beginning of the reign, becoming the emperor’s posthumous appellation.

(Banner photo: An 1842/1843 print by Utagawa Kuniyoshi depicts Emperor Antoku, on the shoulders of Taira no Tokiko, receiving a report from the warrior Saga Gorō Mitsutoki during the Battle of Dannoura. Courtesy Kuniyoshi Project.)