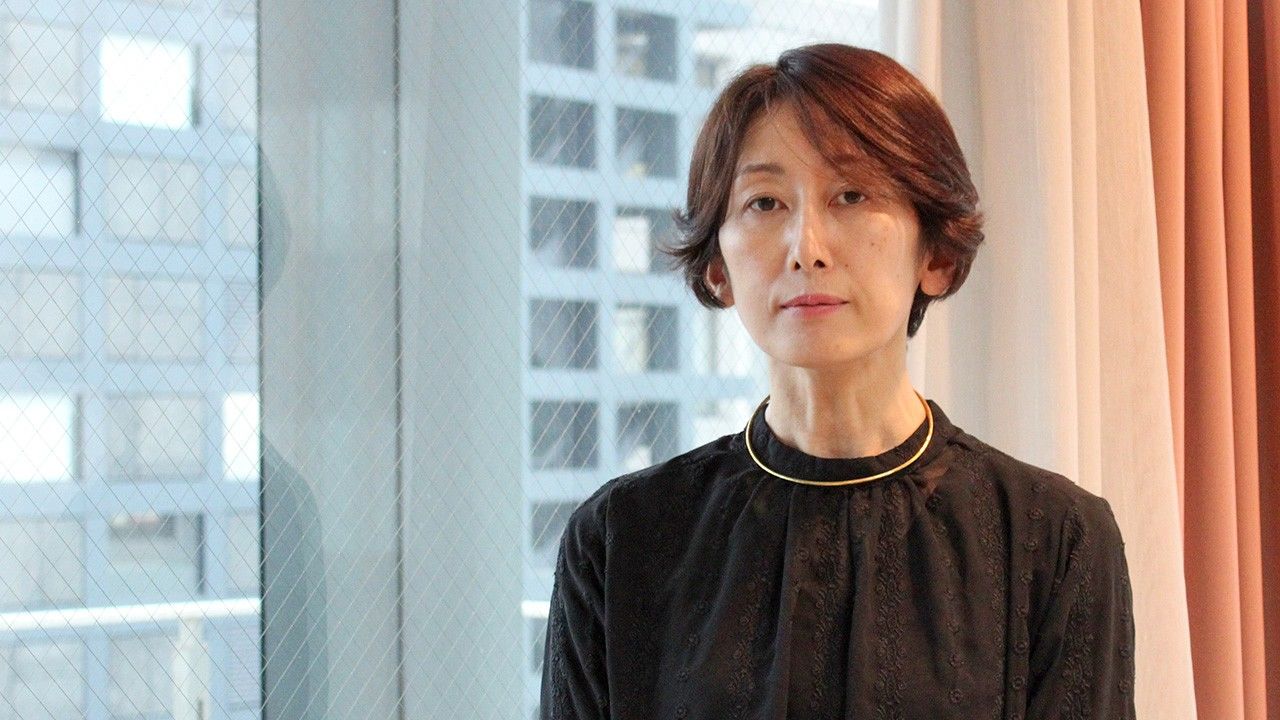 Society Sep 5, 2019
In May this year, prize-winning essayist Uchizawa Junko published Sutōkā tono 700 nichi sensō (My 700-day War with a Stalker), a detailed account of her personal and legal struggle with a relationship gone horribly wrong. She spoke to us candidly of the lessons she learned along the way and her reasons for going public. 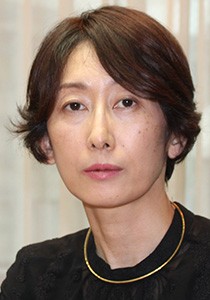 Writer and illustrator. Born in 1967 in Kanagawa Prefecture. Author of numerous works, including Sekai no tochiku kikō (World Slaughterhouse Tour) and Karada no iinari (At the Mercy of the Body), winner of the 2011 Kōdansha Essay Prize.

In 2014, writer Uchizawa Junko bid farewell to city life and moved to idyllic Shōdoshima in Kagawa Prefecture, a coastal island known for its scenic beauty and olive groves. For two years she lived and worked there in peace with her pet goat, surrounded by friends and neighbors. Then a boyfriend metamorphosed into a stalker and turned her life upside down. Drawing from her latest book, Sutōkā tono 700 nichi sensō (My 700-day War with a Stalker), Uchizawa discusses her own panicked response and the limitations of Japan’s current approach to the problem of stalkers.

Uchizawa met A——, a resident of mainland Kagawa Prefecture, on an Internet dating site. They saw each other off and on for about eight months, but Uchizawa found A—— temperamental and overbearing, and the relationship grew increasingly fraught. By the spring of 2016, she was looking for a way out. Apparently sensing something amiss, A—— asked to visit Uchizawa on Shōdoshima. When she told him she was too busy with work, he flooded her with phone calls, despite her messages begging him to stop.

For Uchizawa, that was the last straw. Reluctant to meet with A—— in person, she resorted to their preferred mode of communication, Facebook Messenger, to explain her decision to break up. He deluged her with lengthy apologies and promises to change. She told him that she could not tolerate “stalker-like behavior” (which she had experienced once in the past) and that she would go to the police if he continued to harass her.

Apparently, this was exactly the wrong thing to say.  “At the words ‘stalker’ and ‘police,’ A—— flew into a rage,” Uchizawa recalls. He began threatening to show up on Shōdoshima, call on her friends and colleagues, and make sure everyone she liked and respected knew what a despicable person she was.

Uchizawa was getting seriously worried now, so she sought the advice of the Community Safety Section at the local police department. They passed the information she gave them to the Criminal Investigation Section, which quickly ascertained that A—— had a police record and was going under an assumed name. Deeply shocked, Uchizawa left the police station in a daze.

Expecting A——’s imminent arrival on Shōdoshima, Uchizawa hurriedly packed her things and moved to temporary lodgings the next morning. A——  announced his arrival shortly afterward.

At this point Uchizawa feared for her own safety and wanted protection, but she also worried that getting the police actively involved would inflame A——  further. “I was hoping for a restraining order under the new anti-stalking law [enacted in 2000]. That would have forced him to keep his distance or risk being arrested.” Unfortunately, at that time the legal definition of stalking extended to email but not to communications via social media. The law was amended to cover social media in 2017, but the change came too late to help Uchizawa.

Feeling she had no other means of protecting herself, Uchizawa filed a complaint charging intimidation. She immediately had second thoughts, but the police told her there was no going back.

The Lawyers Take Over

After A——’s arrest on charges of intimidation, Uchizawa met with both the public prosecutor and A——’s lawyer to discuss her options. The prosecutor recommended dropping the charges, laying low, and waiting for things to blow over. A——’s lawyer, on the other hand, seemed eager to pursue an out-of-court settlement. Uchizawa consulted an attorney recommended by a friend. He demonsrated little sympathy with her plight. 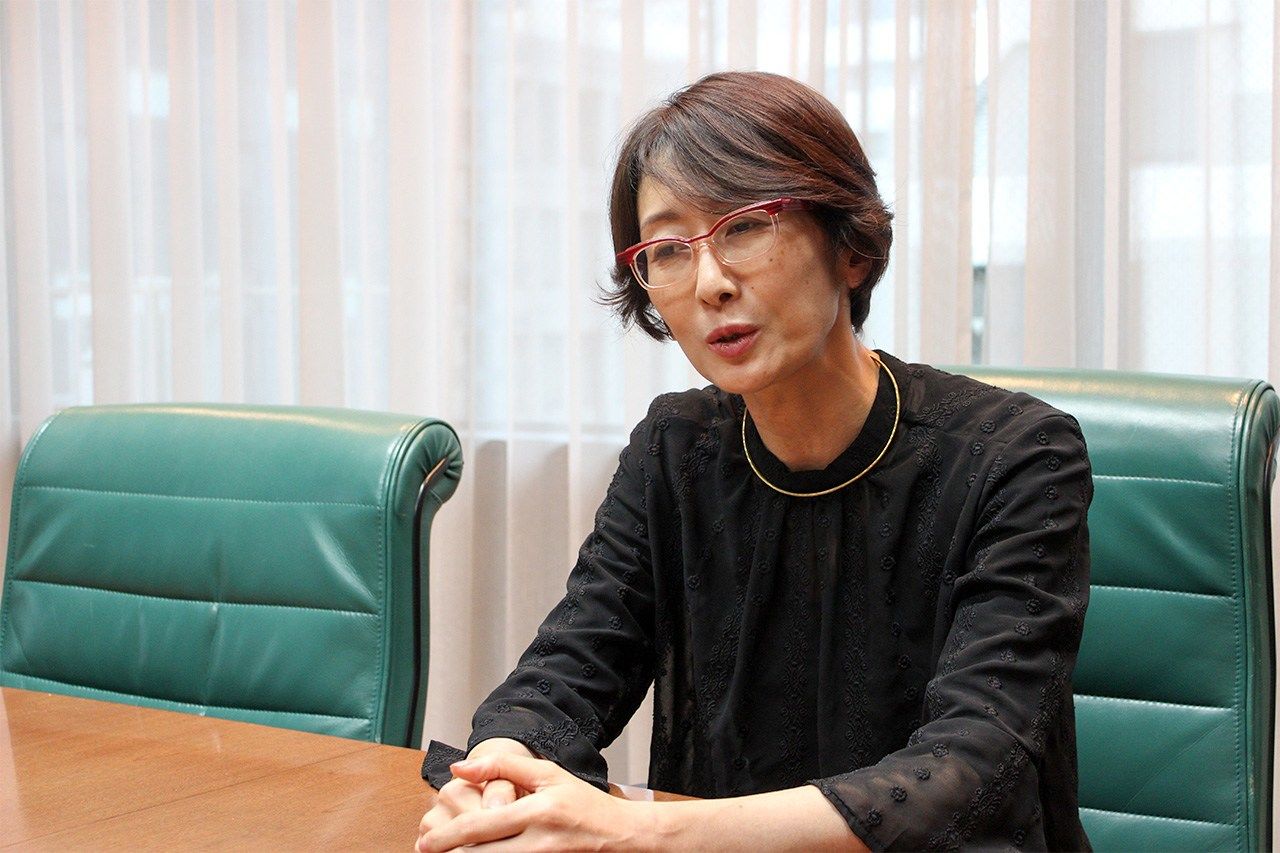 “Lawyers are experts in the law, but unfortunately, they aren’t all experts at communication,” notes Uchizawa. The negotiations between the two lawyers forged ahead with very little opportunity for input from Uchizawa. “I should have insisted on thrashing it all out with my lawyer in advance, but frankly, I was at my wit’s end, and I really just wanted to get it all over with. On the other hand, the lawyer could at least have urged me to consider my options objectively, keeping in mind the possible consequences of this or that action.”

Uchizawa, who was accustomed to using her own experience as raw material for her writing, had requested from the outset that she be permitted to write about her ordeal as a stalking victim, albeit in a manner that protected A——’s identity. But Uchizawa’s lawyer presented her with an agreement that prohibited her from disclosing any information whatsoever surrounding the case as the price of a restraining order.

“At that point, I probably should have just said, No, I won’t sign it. But that would have meant getting a new lawyer and going over all the sordid details again with someone else, from our initial hookup through a dating site to all those humiliating messages. I just couldn’t put myself through it.”

Feeling powerless, Uchizawa agreed to the settlement, and the charges against A—— were dropped.

While the settlement was being negotiated, Uchizawa changed her residence permanently, though she remained on Shōdoshima. Terrified that A—— would learn of her whereabouts somehow, she felt compelled to move in the dead of night, without telling her neighbors where she was going. She even traded in her car for an inconspicuous white pickup. Following the advice of the police, she also closed her Facebook and other social media accounts, with the single exception of LINE (a popular Japanese messaging app and social network)—Uchizawa had not been an active on the platform and simply forgot to close her account.

About six months after the settlement was reached, A——  resumed his cyberstalking,  sending messages via LINE and posting insinuating comments on 2channel (a large unmoderated Japanese online community where unregistered users can post anonymously). He seemed oblivious to the consequences. “What really got to me,” says Uchizawa, “was his attitude that I could go ahead and sue him for violating the settlement, because he was on welfare, and there was no way he could pay the fine in any case. That made me so furious, I decided I was going to fight him with everything I had.”

Reading through the messages, the police told Uchizawa that they constituted harassment but did not rise to the level of criminal intimidation and therefore did not merit police interference. They advised her to keep her LINE account open and keep close tabs on the content of A——’s messages. Ultimately, it was the sexual content of his posts on 2channel that opened the door to criminal charges.

In the end, A—— was convicted of intimidation and defamation of character and was sentenced to 10 months in prison. With the help of the police, her attorney, and the prosecutors, Uchizawa was finally able to prevail over her stalker in a court of law. But looking back, she regrets the way the entire situation was handled.

Stalking as a Mental Disorder

In the wake of the second bout of harassment, Uchizawa did some research into the stalking phenomenon. She also came into contact with a professional counselor, Kobayakawa Akiko, who offered some important insights into stalker psychology. Uchizawa learned that stalking is often a symptom of a psychological disorder requiring treatment. Without such support, even convicted stalkers who are sentenced to a year or more in prison are apt to revert to their old behaviors. However, since most stalkers don’t consider themselves stalkers, they rarely submit to treatment voluntarily. 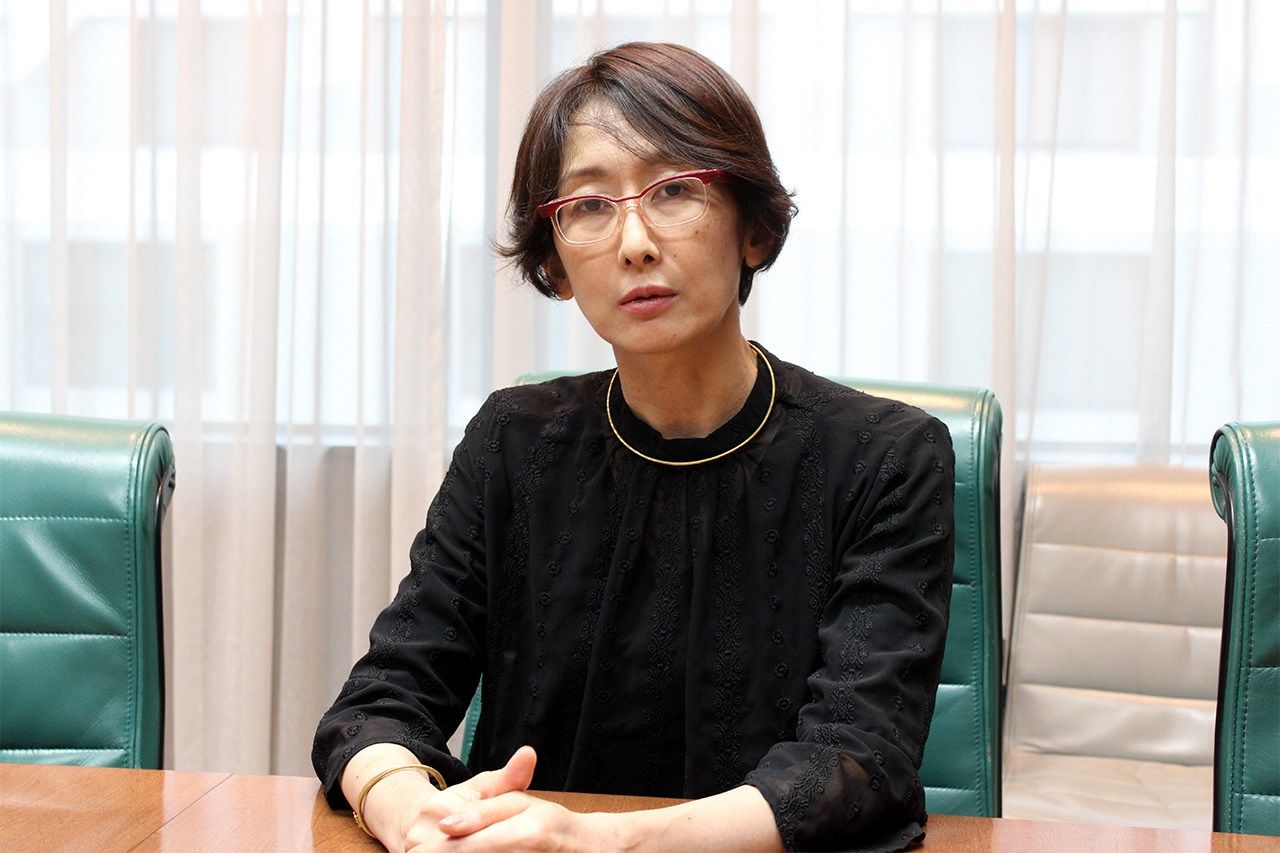 “Kobayakawa talked to A—— when he was under arrest, and he initially agreed to receive treatment,” says Uchizawa. “But later he refused, insisting that he might have been an alcoholic, but he certainly wasn’t a stalker.”

Despite Uchizawa’s pleas, the police refused to leave the restraining order in place after A——’s release from prison. Uchizawa has no idea where he is now.

“People in law enforcement and the judicial system need to learn a little bit more about stalker psychology. I think A——’s second offense was largely the result of festering resentment over his first arrest and the fact that everyone had ignored his attempts to apologize. With a little more understanding on the part of our lawyers, the situation might have been averted.”

Uchizawa feels strongly that the law enforcement and criminal justice systems need to work more closely with behavioral health professionals to ensure that stalkers get the treatment they need. “The government needs to provide funding to train counselors specializing in this kind of behavior. We should also set up twenty-four hour hotlines.”

Notwithstanding the terms of the settlement, Uchizawa eventually decided that it was her duty to write about her experience.

“At first I was conflicted. But then I began thinking it was my responsibility to tell people what I had been through as a victim—living in fear and being forced to move—and also to spread public awareness regarding the need for treatment. Victims of stalking have a very hard time banding together and speaking out the way women have done in the #MeToo movement. They’re afraid to go public and make themselves a target again.” Uchizawa hopes that police and others who deal with stalkers will read her book and learn something from it.

In 2018, when a series of articles by Uchizawa detailing her experience appeared in a popular weekly magazine, a furious A—— contacted Kobayakawa (the stalking counselor) to complain. Kobayakawa managed to mollify him—for the time being, anyway.

“I’m still keeping my place of residence a secret,” says Uchizawa. “None of my mail is addressed to my own house. My life has changed completely since all this happened. But I’ve survived upheavals before—a double mastectomy and moving to Shōdoshima, to name two. I just have to keep telling myself I’m a survivor and carry on as best I can.”

(Originally published in Japanese based on an interview by Itakura Kimie of Nippon.com. All photos by Nippon.com.)