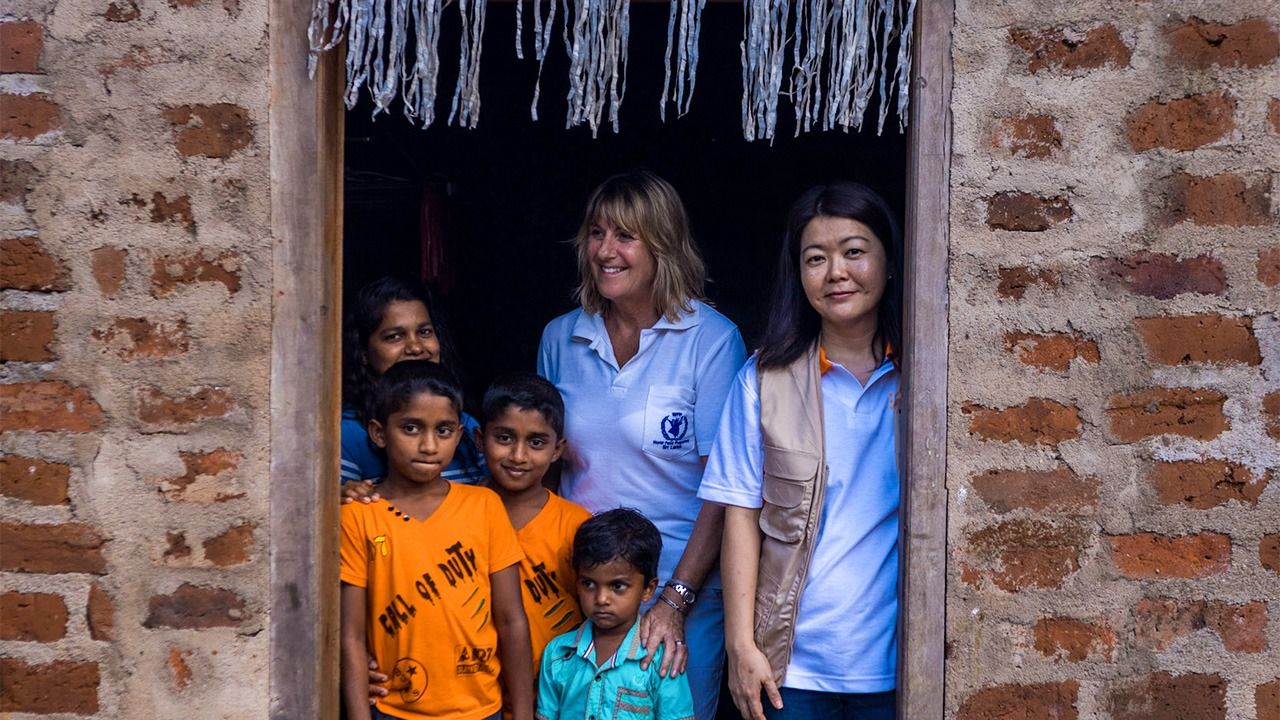 The UNHCR’s Nacken Ritsu on the Global Refugee Crisis

Society Global Exchange Jun 14, 2022
A talk with Nacken Ritsu, Deputy Representative of the United Nations High Commissioner for Refugees (UNHCR) in Japan, about the worsening situation in Ukraine and how it is highlighting the plight of refugees not only there, but all around the world. 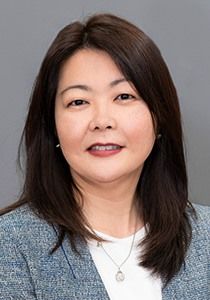 Deputy Representative, UNHCR Representation in Japan. After earning her BA from the International Christian University in Tokyo, she worked at an NGO, later attending the New School in New York to acquire a master’s degree in nonprofit management. For more than 20 years since then, she has worked for the United Nations in six different countries. She has held her current post since 2021.

A Quarter of the Ukrainian Population Are Now Refugees

INUYAMA KAMIKO  The daily media focus on Russia’s invasion of Ukraine has brought a lot of attention to the plight of Ukrainian refugees. But the reality is that there are many refugees in other countries who also need help. There is growing momentum for supporting refugees, but we still need to deepen our awareness of what is happening in the world and consider what needs to be done.

NACKEN RITSU  As you know, the situation in Ukraine is said to be the greatest crisis in Europe since World War II. It is estimated that 6 million Ukrainians have fled their country while more than 8 million remain but have been displaced. Roughly a third of the Ukrainian population have been forced to leave their homes, and a fourth are currently refugees.

INUYAMA  What are the issues that need to be addressed right now?

NACKEN  Many in the first wave of Ukrainians who fled in the month following the Russian invasion had family and friends in Europe. They were able to pay for their own train fare and otherwise had some leeway to escape. Now, however, more and more people are being forced to flee from areas of intense fighting. They have nothing and no relatives outside of the country to take them in. The need to support these refugees grows daily, but it’s becoming a burden for the neighboring countries to which they are escaping. It is not easy for a small, not financially rich country like Moldova, to accept hundreds of thousands of refugees. How to provide long term support to the refugees, as well as the neighboring countries that are taking them in, is an urgent problem that needs to be addressed. 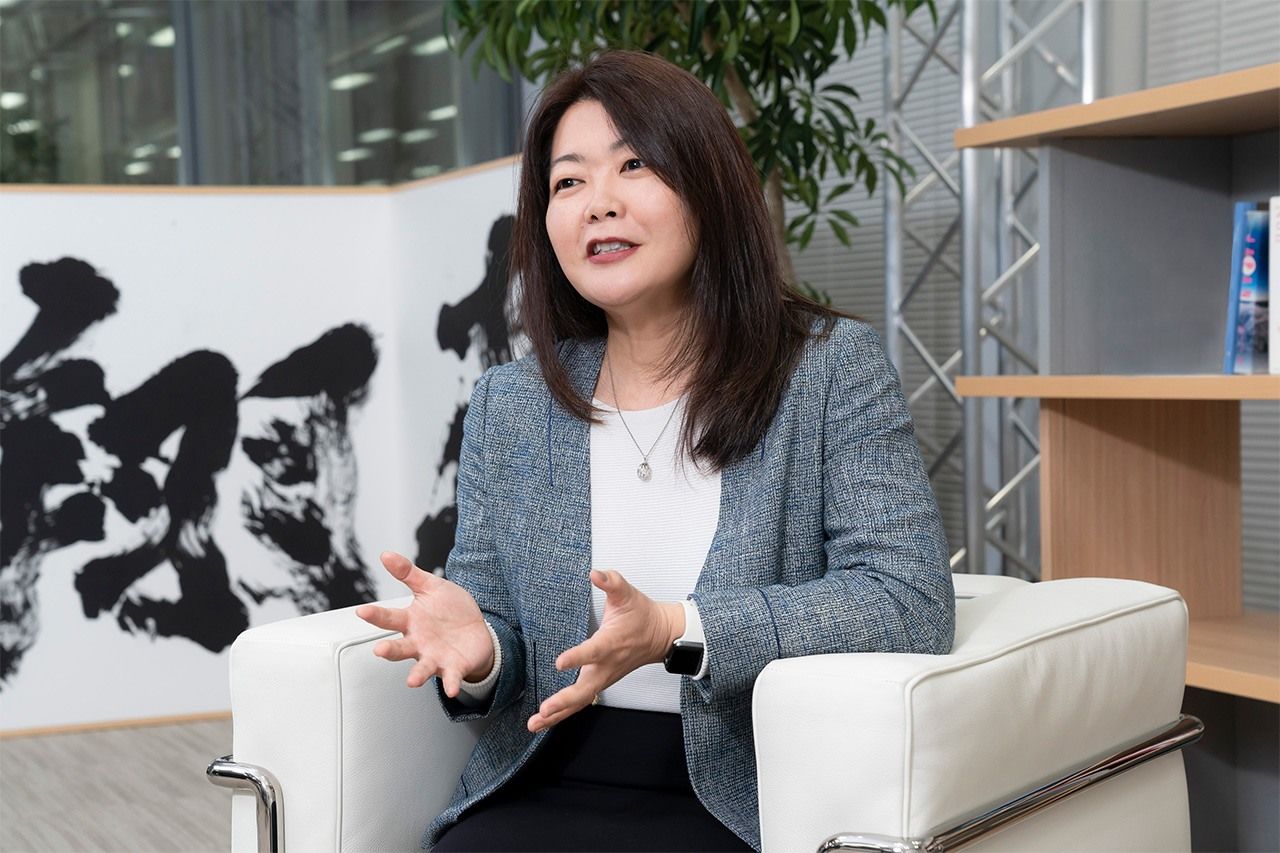 INUYAMA  The countries taking in the refugees need support, too.

NACKEN  That’s right. And this time, 90 percent of the refugees are women, children, and elderly people who are at greater risk of human trafficking and sexual exploitation. The danger of criminal activity is heightened when women and children evacuate on their own. They need protection.

INUYAMA  What, specifically, are these dangers?

NACKEN  Most recently, we’ve seen more attention focused on the unaccompanied children evacuating on their own. Their fathers have gone to battle and their mothers have had to stay to take care of aging grandparents. In these situations, all the parents want is to get their children to safety, so they put them on a train and send them off to stay with relatives or friends.

INUYAMA  They really want to evacuate with their children, but they can’t. It must be so frustrating and scary to have to send the kids off alone.

NACKEN  The children’s needs are diverse, and some have disabilities. In conjunction with UNICEF, we’re managing safe havens to provide protection and support along their escape routes to neighboring countries. These safety hubs are called Blue Dots. 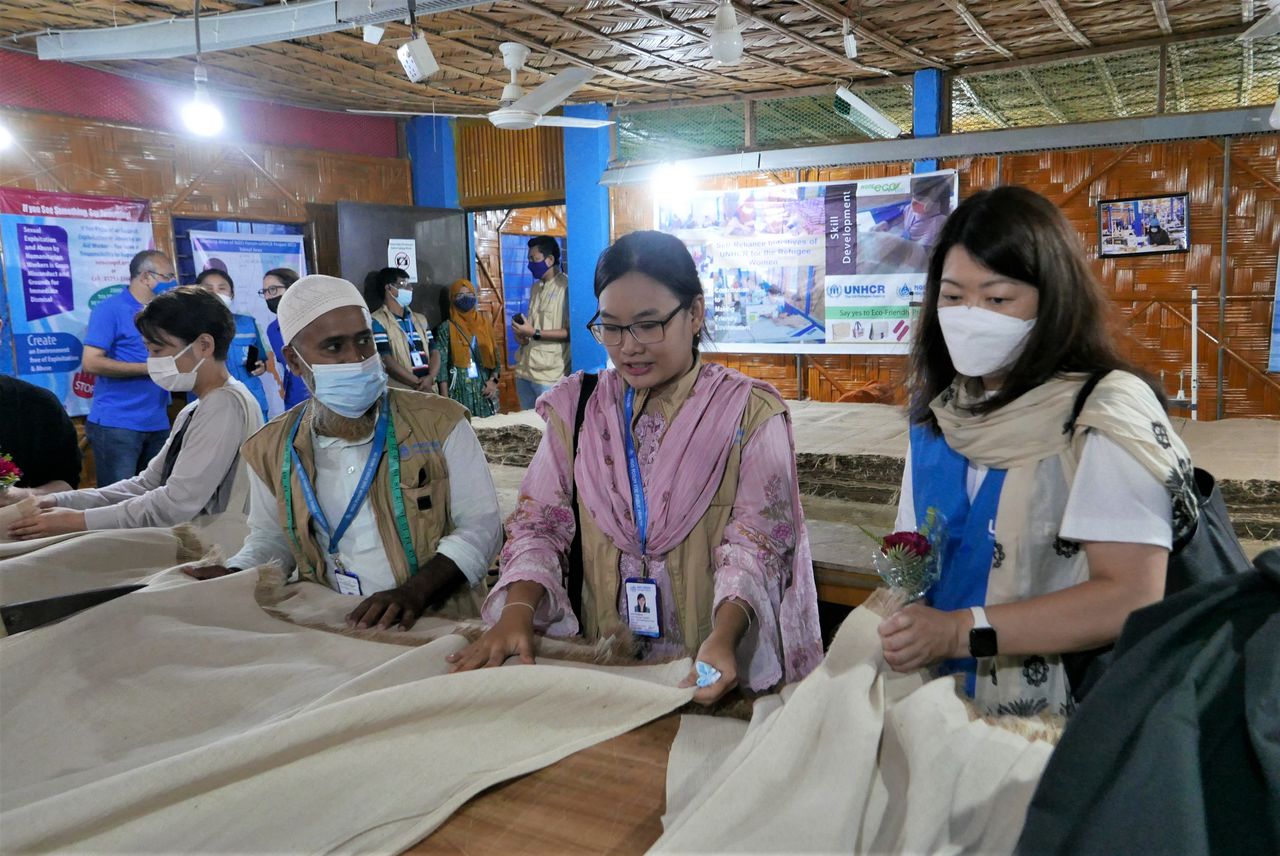 Nacken Ritsu (right) at a jute product center where refugees learn how to make clothes, bags, and other products from jute. (© UNHCR/Tiy Chung)

INUYAMA  What efforts are being made to help women in particular?

NACKEN  In transit centers, for example, where beds are lined up in rows, a woman going to the bathroom alone can be at risk of sexual attack. To protect women and children at such centers, we make sure to set up toilets in visible locations. We also provide educational services to warn of the dangers and what to do if one is attacked. The people of Ukraine are relatively knowledgeable of the dangers, but there are still cases in which they fail to realize they are at risk or even that they are being exploited. Raising awareness is therefore important.

INUYAMA  Refugees face a lot of dangers as they try to make their way to safety. Japan has been accepting Ukrainian refugees with much fanfare, the media announcing with glee that “two just arrived!” and showing scenes of the Ukrainians being welcomed by the head of their host municipality. It’s nice that they are getting a warm welcome, but what is really important is what comes next. What kinds of problems need to be addressed to continue supporting these people over the long term?

NACKEN  It isn’t easy to anticipate the needs of the refugees, but Japan has many municipalities promoting cultural diversity, and I think they’ll be able to put their experience to good use. Other areas that need to be addressed are education, welfare, and jobs. Education is particularly important for families with children. In general, the refugees have no Japanese language ability, so education needs to start there and later expand to other areas. Lack of Japanese language ability is also a problem in getting employment.

INUYAMA  We all wish the war would end now, but even then these people aren’t going to be able to go home right away. It was reported the other day that the Ukrainian refugees will be given special permission to work and study in Japan for a full year. But Japan needs to think about what to do after that year is up.

NACKEN  Originally, they were only given three months, and later that was extended to one year. But what are families with children to do about school? And if these people are only going to be allowed to work in Japan for one year, that limits the kind of jobs they can take on. We’re encouraging the authorities to take steps to facilitate their resettlement, taking into account the possibility of their prolonged evacuation in Japan. It should also be noted that these people have undergone much trauma. Psychosocial care is an important part of UNHCR support for people escaping war zones, and Japan needs to provide the same kind of care for the refugees who have come here.

INUYAMA  Definitely. I’m involved in activities to raise public awareness of child abuse. My impression is that Japan lags far behind other countries when it comes to providing mental health care. 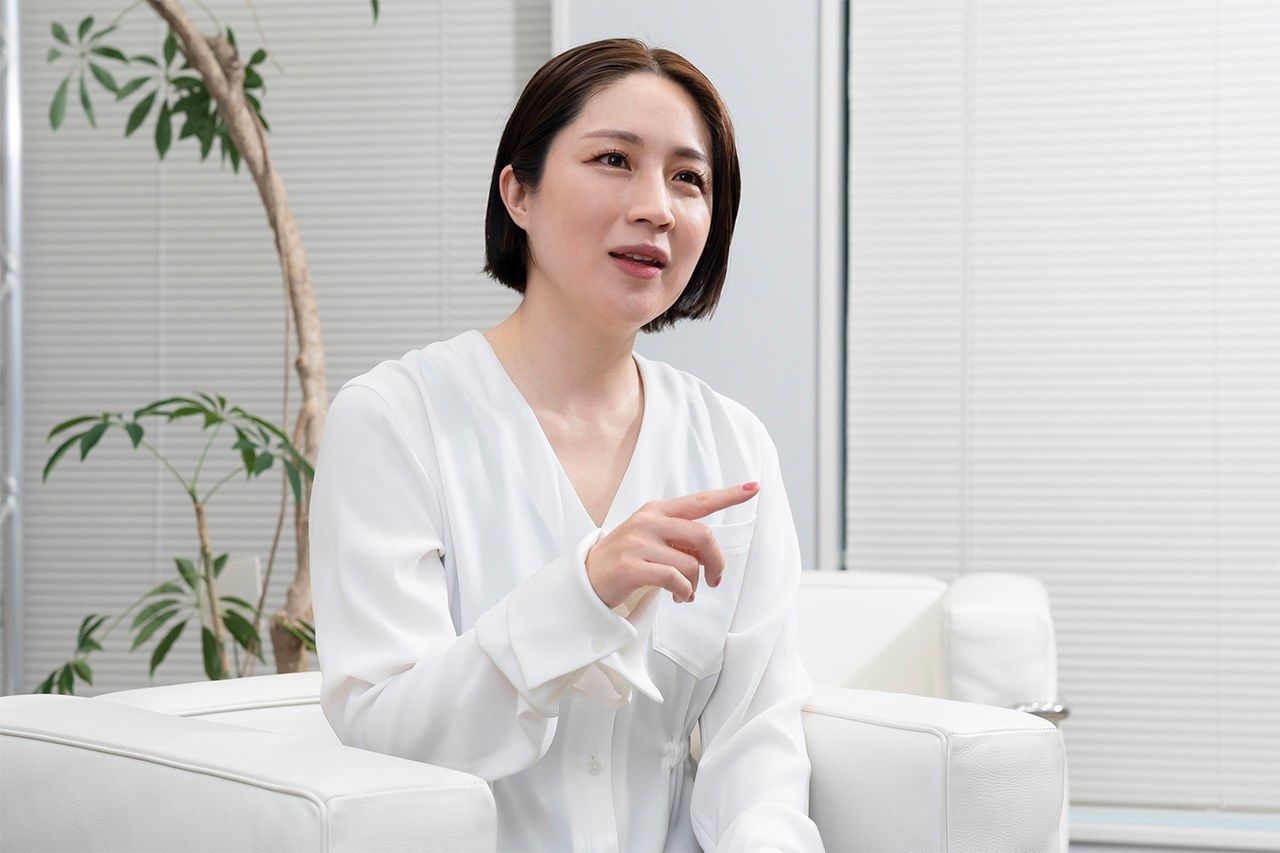 NACKEN  All too often, there’s a stigma attached to having any need for mental health care. That is certainly an aspect of Japanese society that must be improved.

INUYAMA  There is still a strong reluctance to seek counseling or psychiatric care.

NACKEN  It would be good if people would naturally seek counseling when they feel psychologically unwell, just as they would see a doctor if they caught a cold.

INUYAMA  What can we do as individuals to help with refugee support?

NACKEN  Well, what we are most grateful for are donations of money. We do get asked if we will accept donations in kind, but the procedures are complicated and shipping is costly. Cash is really the best.

INUYAMA  And the least time-consuming.

NACKEN  In any case, the physical needs on site are constantly changing. Cash, on the other hand, is highly versatile. For the same reason, we give cash to refugees. I know in Japan this surprises a lot of people, but cash handouts allow refugees to purchase what they think they need the most. It’s a kind of support that allows them to retain their dignity.

INUYAMA  There are people who have escaped with only the clothes on their back. Giving them cash is a way to help them to resume their lives.

NACKEN  That’s right. For example, you’ve got a family with a baby. They need diapers, but none can be found in the relief supplies. If they have cash, however, they can buy the diapers just about anywhere and choose what kind they want.

INUYAMA  I see. How much money have you gotten so far for the Ukrainian refugees from the Japanese government, Japanese corporations, and individuals?

NACKEN  Most recently, the Japanese government has moved to increase its funding. Of the $200 million it has earmarked for emergency humanitarian aid, the UNHCR has been allotted $40 million. What has really surprised us, though, are the cash donations we have received from individuals. With the COVID-19 pandemic, we expected individual donations to decline, but they have actually increased.

I like to think it’s people telling themselves: I’m having a hard time, but there are people who have it worse. I want to give a hand to those people. I’m struggling myself, but I want to think of others too.

INUYAMA  That’s really precious money. I guess the donation culture is starting to take hold in Japan, too.

NACKEN  One thing we talk about a lot, though, is that we’re seeing a major increase in cash donations that we never saw for Afghanistan or Syria.

The Overwhelming Lack of Refuge for Refugees

NACKEN  The point I want to make is that the refugee problem is not limited to Ukraine. Afghanistan, Syria, South Sudan . . . these countries are seldom noticed, but their crises continue and the situation is just as tragic for their people as it is for the people of Ukraine. One of the major refugee problems is the disproportionate number of refugees from developing countries. And a growing number of these people have been living in refugee camps now for ten or twenty years. You hear of how countries like Canada, Germany, and the United States are taking in so many refugees, but even those numbers are far from sufficient. Frankly, the number of refugees has been steadily growing since the end of World War II. If we are to solve this problem, everyone needs to pitch in—not just governments and UN agencies, but the entire world, right down to the level of the individual.

INUYAMA  As a well-off nation, Japan has a responsibility to act.

NACKEN  There’s another problem. In Japan, there is a tendency to think of refugees as people to be pitied. And I think that comes from the Japanese word for refugee, nanmin, which literally means “people in difficulties.”

NACKEN  But many are quite capable and highly educated. There’s the Refugee Olympic Team, for one thing. And we have fourteen universities participating in our program to provide higher education for refugees, but these are students who don’t want to be given that label.

INUYAMA  After all, being a refugee is not what defines a person. These are people with much diversity. I can see that it is wrong to lump them all together as simply “people to be pitied.” When a child is introduced as a refugee with the assumption that they are to be pitied, we are inadvertently perpetuating a secondary harm that can lead to prejudice.

INUYAMA  Now that’s an excellent way to put it! After talking with you today, I am all ready to donate again. Thank you very much.