Society Lifestyle Oct 22, 2013
Community designer Yamazaki Ryō and his firm Studio-L are working with towns and smaller cities to help them survive and thrive in the face of a shrinking population. These innovative, collaborative projects can serve as a model for larger cities that will be facing similar problems, both in Japan and overseas. 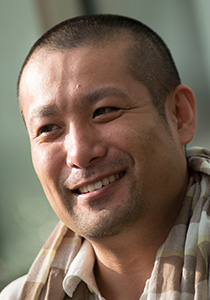 Born in 1973. The founder and director of Studio-L. A professor at Kyoto University of Art and Design, where he heads the Department of Spatial Design within the Faculty of Art and Design. As a community designer has been involved in a wide range of projects, including workshops for community residents interested in solving local problems, the drafting of comprehensive plans through consultation with residents, designing architecture and landscaping, and resident-centered park management. Published works include Komyuniti dezain (Community Design) and Machi no kōfuku ron (Contented Communities).

In a given year, Yamazaki Ryō and his company Studio-L handle around 80 design projects aimed at rejuvenating communities ranging in size from villages of just a few dozen residents and regional cities to some of the biggest commercial facilities in Japan.

What Yamazaki is aiming for in these projects—unlike the approach of others up to now to reverse a community’s population drain or revive its economy—comes down to the approach he calls community design. His job involves sketching the designs and providing the necessary support so that residents themselves can come together in ways that lead to the resolution of their own problems.

We sat down with this Osaka-based community designer to learn more about his views on community revival and to find out why he has been so interested in projects outside the main urban areas.

INTERVIEWER You recently held a lecture series titled “Hometowns at the Forefront.” Why this focus on “hometowns” and what do you mean by “at the forefront”? 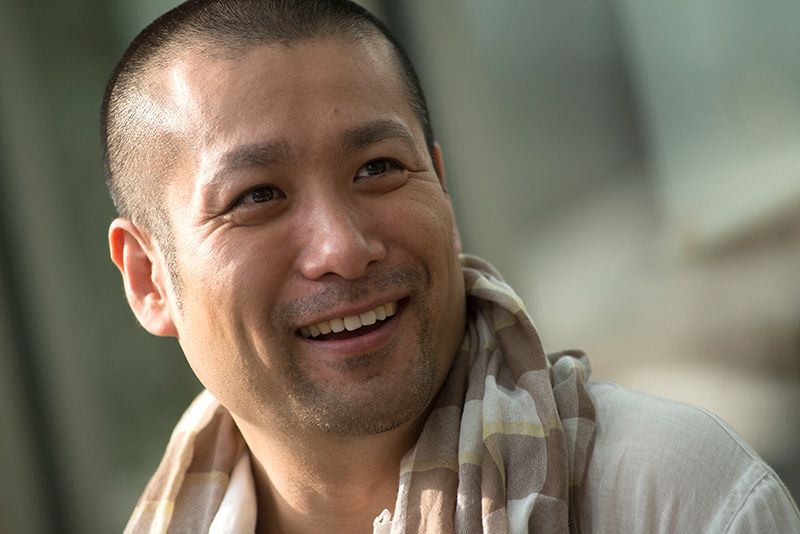 YAMAZAKI RYŌ Japan’s population, which for much of its history had been around 10 million, rose to 30 million by the Meiji era [1868–1912], and just before the outbreak of World War II it had increased further to 60 million. Around 80 percent of the population was living in rural areas.

During the period of Japan’s population growth, the cities were front and center in Japanese life. Everyone looked to the cities to find out what was going on—such as to learn about ways to live comfortably in a confined space, find out how to secure personnel, or keep track of the latest culinary trends for business opportunities.

But after reaching a peak in 2008, Japan’s population has begun to decline. It seems clear that, at least for the next 40 years or so, this declining trend will continue. There have been rural parts of Japan that have already been dealing with this population decline, but over the next decade or two it will be a problem throughout the country. This will mean that those rural areas will have a leg up on the urban areas when it comes to finding solutions to the falling and graying population.

But the changing situation is about more than just a population decrease. Even when the population of a community that was once beautiful shrinks, it can recapture that beauty if it comes up with an effective approach—and those are the communities that will set the example for others. That’s the sort of community I have in mind in using the term “hometown.” For the sake of Japan’s own health as a nation, we will need to understand the dynamic at play in such community revival.

INTERVIEWER But isn’t it challenging for a person to live in an underpopulated part of Japan?

YAMAZAKI There are a number of milestones in the process of a shrinking population. For instance, if elementary schools are consolidated, you can expect that in another three to five years the local gasoline station might close down, followed about five years later with the shuttering of the post office. And once the post office is gone, a slowly declining population can suddenly drop further.

The unique rules and customs that a community has maintained, along with the networks and sense of trust built up through such things as festivals and traditional culture, can enrich the whole community and make it a more vibrant place. Looking at such communities has made me realize that even when the situation is a difficult one, people are able to find ways to live happy lives.

INTERVIEWER So “community design” is aimed at fostering that result?

YAMAZAKI Community design involves supporting residents themselves to address the problems facing their community, making use of their interpersonal connections and their own ideas about what can be done to reinvigorate the place where they live. The key thing for my job is not the “hard” infrastructure, like buildings and parks, but rather managing the “soft” community-related aspects, like getting feedback from the local residents and holding workshops.

For example, there are positive aspects of a community’s social capital but also cases where it becomes a fetter, like families that have a long-standing feud with each other. In such cases, interesting outcomes can emerge from a helpful outsider intervening to help reorganize things a bit.

A workshop held in Nobeoka, Miyazaki Prefecture, to discuss the design for a new train station building and adjacent public space; participants are holding up cards for a quiz on the local area (left). Based on the workshop, Yamazaki and Studio-L created a model for the project (right). (Photographs courtesy of Studio-L.)

INTERVIEWER Do “worn-out” communities really have the energy needed to revive themselves?

YAMAZAKI I think that even those communities have latent power to draw on, but no doubt they have a lack of needed personnel. Especially when its younger generation dries up, it becomes hard for a community to come up with new ideas.

This is why it is so important for a community to foster the trend of urban residents moving out to the provinces. It seems that one reason for the flip-flop in the proportion of urban to rural residents in the postwar period was the fact that many of those who might have wanted to live a quiet, fulfilling life in the countryside had to move into the cities because that’s where the jobs were. I’m not saying that the countryside should try to regain its 80% share of the population, but I do think that its population can increase. I’d like to see those who are dissatisfied with urban life take the plunge and move out to the less populated regions.

What is important for such people to know is that the provincial areas today are not in line with the image they had back in the twentieth century. It is true, of course, that the level of salaries is lower there than in the big cities. But you’ll also find that the price of rent and food is quite a bit lower, making it possible for people to build up their savings. And Internet access is actually faster in rural areas than in urban ones. This is because after eight in the evening no one else there is online, so you’ll have the broadband line all to yourself. [Laughs]

These are things that urban residents don’t really understand. Once talented young people can envisage what the provincial areas are like in the twenty-first century, they will be more inclined to move out of the cities.

Setting a Good Example for Other Countries

INTERVIEWER The sorts of issues Japan is facing seem common to other countries as well. 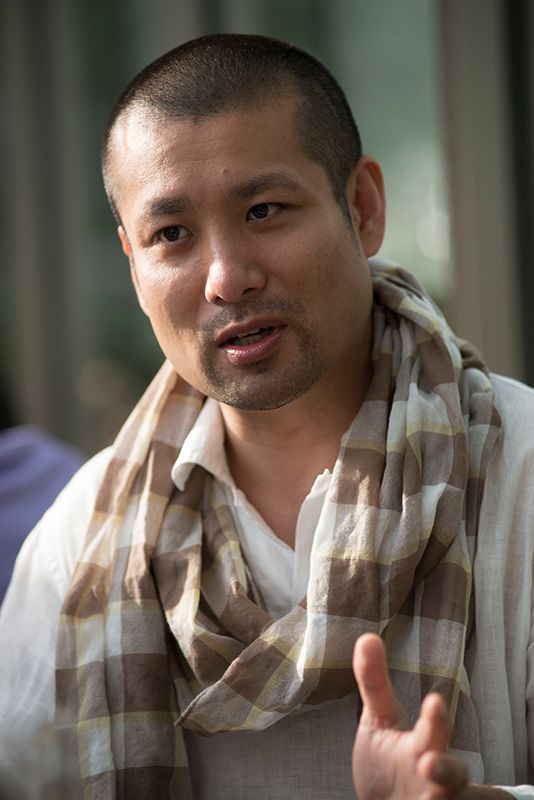 YAMAZAKI That’s right. Over the past decade Japan has been the “advanced nation” with the most rapidly declining population, but South Korea is only about 10 years behind the pace of Japan, and China about 16 years behind. With its “one-child policy,” China will experience a population drop that will be even more precipitous than Japan’s.

In terms of an awareness of the importance of “hometowns,” I think that Japan is clearly at the forefront, globally speaking. So I think that when people in other countries face similar issues, we will be able to provide them with our knowledge and know-how.

But if Japan tries to drive change in other countries by adopting a purely business approach, it won’t improve the situation. In the past era of “hard” infrastructure, Japan engaged in quite a lot of that sort of activity, but it isn’t an approach suited to our current “soft” era, which requires different methods.

Community design is something that I think we have to offer to the rest of the world. But we can’t make that contribution by going overseas and directly translating our own initiatives. Rather, we need to engage in fostering communities of people abroad who are interested in engaging in the same sort of work that we are doing. I think the best approach is for those who have acquired some of our knowledge to then come up with the methods to apply that knowledge in the way best suited to the situations in their own countries. That is the only way that community design is possible.

INTERVIEWER I really get the sense that you have dedicated yourself to addressing this issue of dwindling population.

YAMAZAKI To be honest, at the root of my own motivation is not so much the feeling that I want to do something for other people, but rather I’d really like people to praise the work after it is done and say nice things like, “We’re really glad you came to our community” or even “You’re an awesome guy!” I must admit, I’m really a sucker for compliments. [Laughs]

There isn’t much chance to win such compliments if your job revolves around turning a profit, even if you come up with a hit product. But when your job involves going into a community, and the project is a success, you can get positive feedback directly from people. I get a lot of satisfaction from that, and it encourages me to continue this kind of work.

The older generation talks about how a person can contribute to Japan’s industry by doing their work diligently and carving out a fortune for themselves, but that sort of thing does not interest me in the least. If I were to design buildings for several thousand employees, and make a bundle doing it, at the end of my life I could look back and say, “Boy, I sure made a lot of profit.” But that seems a bit sad to me. I’d rather look back and think, “I really had a great life.”

There are a lot of young people today who are keen to find rewards other than money through their work, and earning compliments could be one such way. But my impression is that people are undertaking their careers without having had that experience of receiving praise from other people.

INTERVIEWER Could you say a word about your future plans?

YAMAZAKI I want to support the development of other people who want to get involved in community design, because it is something that I think will be even more important in the future. What is particularly necessary now is the effort to revive the Tōhoku region of Japan devastated by the 2011 earthquake and tsunami.

I have been taking on as much work in Tōhoku as possible, and plans call for a community design department to be set up at Tōhoku University of Art and Design in Yamagata Prefecture in April 2014. I hope that the students trained there will assist the recovery effort in the region, while learning more about community design through those efforts. I would love to see such students return to their own hometowns and take part in work that helps to revitalize those communities. 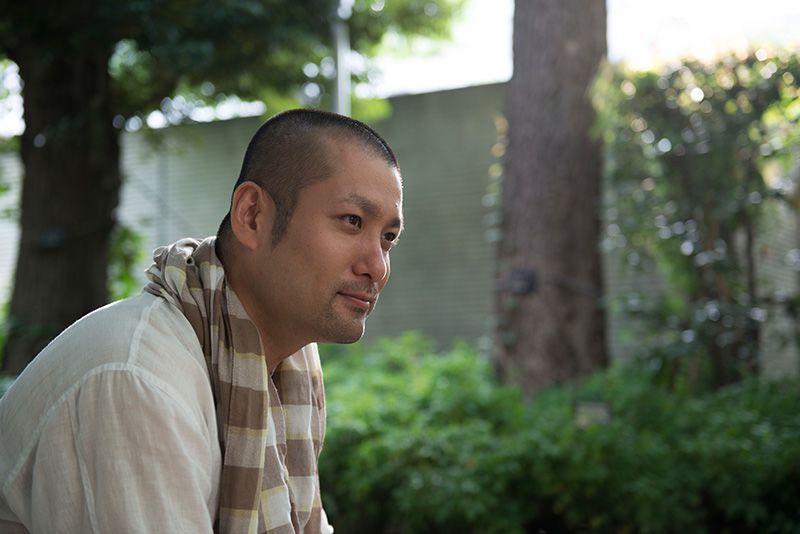