Culture Jun 8, 2016
Japanese idol group Babymetal have stormed onto the world heavy metal scene with a unique brand of music that combines established metal riffs and high-octane performances with anthems on such everyday themes as chocolate. Legendary heavy metal guitarist and long-time resident of Japan Marty Friedman argues that, love or hate them, the trio is giving the long-established genre a needed shakeup. 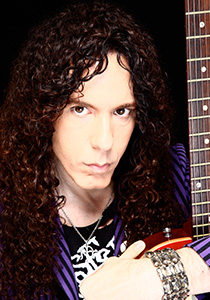 Guitarist and music producer. Played with his band Cacophony before joining Megadeth in 1990; his guitar playing helped the group rack up 10 million album sales over the next decade. Since leaving Megadeth, has released a string of successful solo albums. A long-time admirer of J-Pop and other Japanese music, he moved to the country in 2003. Active in the local music scene and also appears regularly on Japanese television and radio. Has collaborated with a wide variety of well-known performers, including Aikawa Nanase, Ishikawa Sayuri, and popular idol groups AKB48 and Momoiro Clover Z.

Japanese idol group Babymetal has charged on to the world heavy metal scene, winning both fans and critics. The group, which debuted in November 2010, is fronted by lead vocalist and dancer Su-Metal with dance and “scream” backup by Yuimetal and Moametal on the flanks. Babymetal offers up a unique hybrid of J-Pop and heavy metal that continues to garner attention overseas from regular fans as well as superstars such as Lady Gaga, who has invited the group to play at her shows. 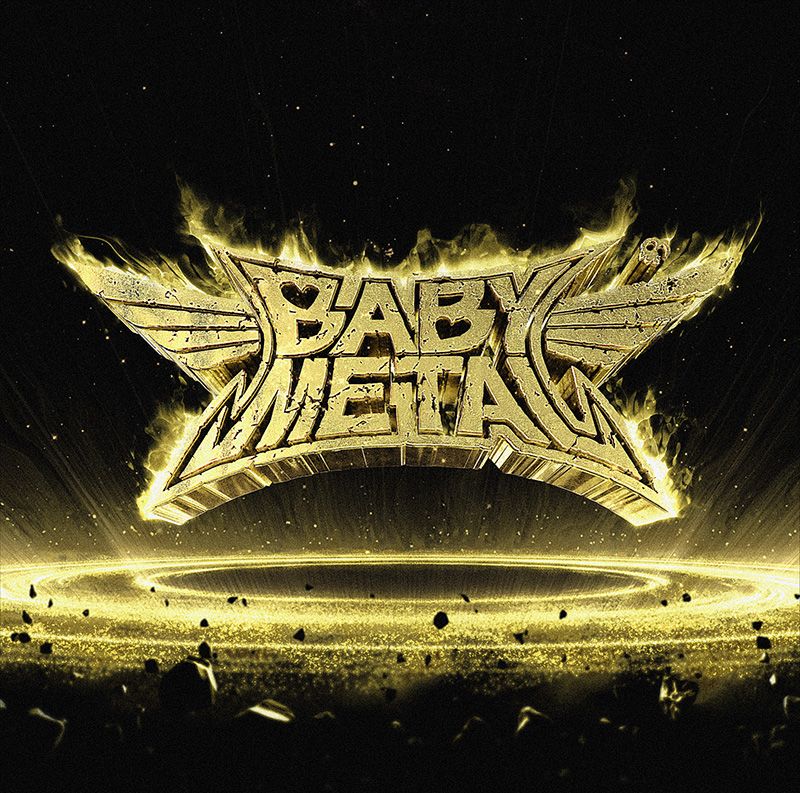 The unit’s new album Metal Resistance quickly broke into the US Billboard’s Top 40—the first record by a Japanese artist to do so in 53 years—and climbed to No. 15 in Britain after it was released in April. The teenage trio has had little time to sit back and enjoy their new found fame, however, as they follow a packed schedule of gigs at music festivals in Europe and the United States along with their own shows on their 2016 world tour.

The thrust behind Babymetal’s rise is hard to pinpoint, with head bangers seemingly either embracing or decrying the unit. Nippon.com recently sat down with heavy metal guitar legend Marty Friedman to ask his thoughts on the hybrid idol metal band. Friedman, who is active in the Japanese music scene as a performer and producer, has followed the curve of the Babymetal project as it grew from uncertain beginnings to a force of nature. Drawing on his first-hand perspective, Friedman provides a rare peek behind the curtain of the Babymetal juggernaut.

INTERVIEWER  You have lived in Japan since 2003, but your interest in Japanese music goes back much further. How did you first come across music like J-Pop and enka (popular ballads)?

MARTY FRIEDMAN  I lived in Hawaii when I was a teenager. By my late teens I had been playing guitar for several years and was pretty good, but I wanted to get better. Everyone else was playing jazz and fusion and I didn’t want to go that way. I didn’t have an idea which direction I wanted to take until I heard enka singing. There was a radio station in Honolulu that played Japanese music, although I didn’t know what it was until later. I didn’t understand the lyrics, but I could feel the emotion coming from the vocals. I loved the interpretation of melodies and felt I could make people feel the same emotions if I copied the sound on my guitar. I copied in great detail the kobushi and other ways the enka singers sing.

It was very influential on my playing style. It sounds very exotic to normal rock musicians and fans. Once I figured out how to copy the enka singers I realized that I could incorporate aspects of other types of music as well. It’s hard to trace my influences, and honestly I’m not even sure where I learned some things. But it started with enka singing. 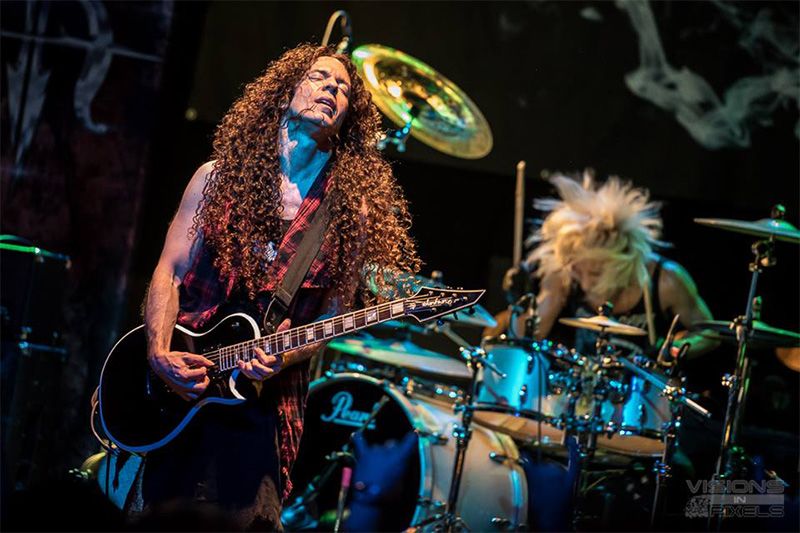 Guitarist and music producer Marty Friedman has been active in the Japanese music scene since moving to Japan in 2003. (© Howmic)

INTERVIEWER  What brought you to Japan after you left Megadeth?

FRIEDMAN  I always liked Japan, but I came here to be in the Japanese music scene. I was listening to Japanese music all the time, artists like Amuro Namie, Hamazaki Ayumi, and anything Tsunku and Komuro Tetsuya did. The late 1990s was the golden age of J-Pop and I became a very big fan. Up to then Japanese bands were mostly copying popular American acts like Billy Joel, The Carpenters, and Chicago. But in the late 1990s J-Pop developed its own distinct, Japanese style.

In America a lot of emphasis is put on the singing ability of pop stars, but that means nothing to me. It’s great if someone can sing four octaves, but it doesn’t matter to me. What matters is matching a beautiful melody and a singer. When I hear a sound and it feels good, that’s all I care about. It’s magic. I find this more in J-Pop than American music.

Japanese songs are often very complex and intricately organized, which isn’t necessarily better, but it keeps me interested. The chorus can be very long. In American music the chorus usually repeats something like four chords. But songs by a band like Ikimonogakari can have an 18-chord chorus that doesn’t feel complex and has a wonderful, easy to understand melody.

INTERVIEWER  When did you first hear about Babymetal?

FRIEDMAN  I first met the group in October 2011, just after they had released their single “Doki Doki Morning.” I thought the music was good, but honestly, I didn’t know if they were going to continue. They were just 10 or 11 and I thought they would give up in six months. They were doing a great job, but they were just normal little girls. I’m glad they did continue, because they have shaken up the whole world of heavy metal and idol music. 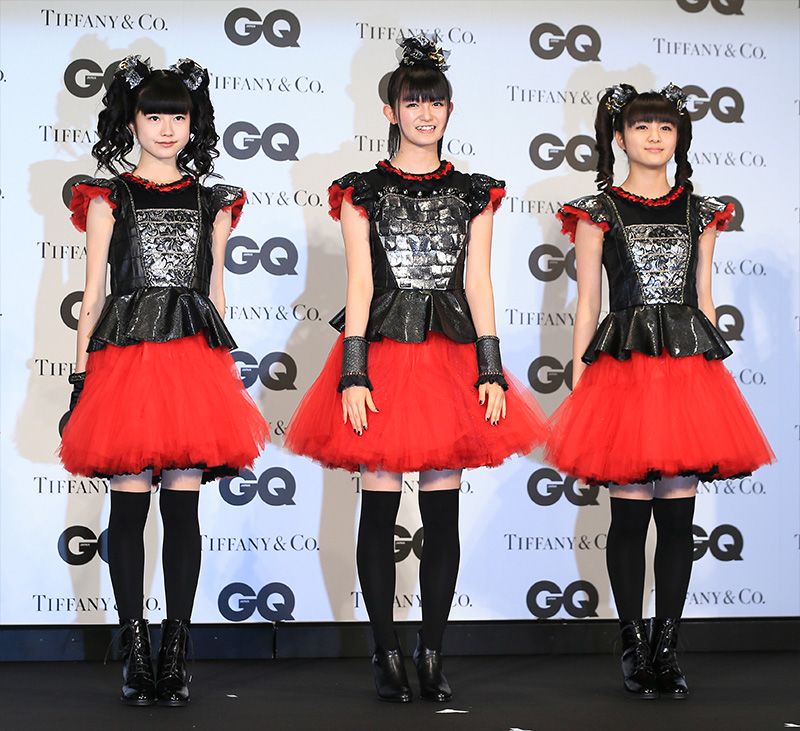 Babymetal members pose after receiving a special honor at the GQ Men of the Year 2015 award ceremony in Tokyo on November 19, 2015. From left to right they are Yuimetal, Su-Metal, and Moametal. (© Jiji)

INTERVIEWER  Was their hybrid of idol music and heavy metal new to you?

FRIEDMAN  I didn’t find it new. I don’t think there has been a project that has been all metal, but if you listen to idol music there is very often a taste of it. Usually idols have one or two songs that are kind of heavy metal. That’s what I like about idol music; it has all kinds of styles. It’s okay to have a very happy pop song, followed by a heavy metal song, and then a dance song. In American music you have to stick to your genre.

Babymetal is a metal concept, and that’s why it is interesting. If you take their singing away and just listen to the music it is very big, violent, and aggressive. It sounds like very typical but very good heavy metal. But when you put three little girls in front of it singing, it’s almost like breaking the law. Serious metal fans loathe it.

This is an important point, though. If there is a love-hate aspect then it gets people talking. Babymetal are doing something that goes against the rules. Metal is not supposed to be about cute little girls singing about chocolate. It’s supposed to be about big, tough guys acting macho and strong. If you break the rules just as a joke then it doesn’t last. The reason Babymetal keep going and have made so many fans is because it’s done so well. People can’t ignore it. They have to look because it’s so much fun. Heavy metal is very old and boring, and a lot of people are sick of it. Now something completely renegade and fresh is bringing interest back. 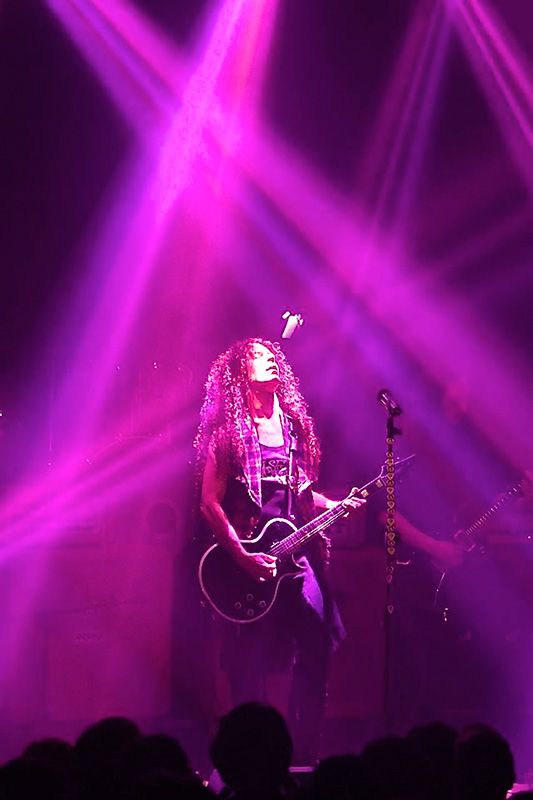 INTERVIEWER  How do other heavy metal artists view the group?

FRIEDMAN  I think heavy metal musicians, especially successful artists, think Babymetal are the most fun ever. They like them more than the fans. The more well-known musicians see them as just another new member of the heavy metal family and want to protect them.

INTERVIEWER  What aspects of Japanese music does Babymetal bring to their heavy metal sound?

FRIEDMAN  A big part of Babymetal’s music is ainote. There isn’t an English word for it, but it’s something like call and response. It is typical of Japanese music, and particularly idol songs are written with it in mind. It gives people a chance to participate in the song and often the chorus, backup parts, and counterpoints are just as important as the lead vocals. You find it in folk songs and all the old pop songs have it. Ainote is very Japanese, and when it’s put into heavy metal you get something that has never been done before. It allows people to enjoy a J-Pop feel, but it’s still loud and very powerful.

A Breath of Fresh Air

INTERVIEWER  How would you compare their success to other Japanese performers making names for themselves overseas?

FRIEDMAN  I think because the project is so well done and easy to like they’ve made a bigger jump than other idol bands. Acts like Kyary Pamyu Pamyu, who is already doing very well in America, are equally good. The quality sound and unique performances are infectious. It is the right recipe for someone who is sick of what’s going on in American music. There are a lot of people on the Internet searching for new bands who will discover something like Kyary Pamyu Pamyu or Babymetal and become a fan because the music is fun. The language might be a slight barrier, but it might also be an attraction that makes it more exotic. The difference with Babymetal is their relationship to killing a form of music we all know. It’s radical, really.

INTERVIEWER  There is one track in English on the new album Metal Resistance. Do you feel the group should keep moving in this direction to appeal to overseas fans?

FRIEDMAN  Having one song in English is good, but if they do too many then it will get boring and become a joke. I think when Japanese singers try to sing in English to appeal to American audiences it doesn’t work. In my opinion it lessens their individuality. Babymetal singing in Japanese adds to the interest and mystique and makes the identity of the group stronger. The girls told me that people frequently ask them what their lyrics mean, or say to them that because of their songs they are learning Japanese.

Staying on the Bleeding Edge

INTERVIEWER  What do you see ahead for the group?

FRIEDMAN  I think they will continue to evolve. Their new album is brilliant. They are really doing the project in the fashion of a major heavy metal band. They don’t just bang out something and hope it’s popular. They have been working on the songs for years. Each track is a big project that involves a lot of people and it’s no accident that it comes out as a big, cohesive, solid album.

I wouldn’t change the formula now. They are working very hard being creative. There are a lot of things you have to create within each song, staging, dance number, and lyric. There are a lot of very bright people working very hard, and as long as they continue racking their brains they will be okay. Nothing happened by luck. It’s all been carefully considered and carried out. I’m very interested to see what they will do next.

(Compiled by Nippon.com editorial staff from an interview held on May 20, 2016. Banner photo: Babymetal perform in England at the Reading and Leeds Festival 2015, held on August 29–30, 2015. © Press Association/Aflo.)