The Renewable Outlook in Japan

Science Technology Society Oct 19, 2012
In the wake of 3/11, people are looking increasingly to renewables to provide their electricity. While solar power had been popular even before the disaster, geothermal energy has not reached even a small fraction of its potential. We examine the reasons for this development gap.

Solar Power in Japan and Around the World

In 2010 there were 3.62 million kilowatts of solar electric generation capacity installed in Japan. The nation boasted the largest installed capacity in the world until Germany and Spain began rapid installations in 2004, and is now in third in the global standings (Figure 1).

A distinctive aspect of solar electric power in Japan is that a full 80% of it is installed in homes. This is practically the opposite of the ratio in the West, where the majority of solar power is used outside the housing sector, such as for commercial electric power production.

Japan has been offering subsidies for the installation of home solar power since the 1990s, and power companies have been independently purchasing excess electricity from users on their grids. Support measures like these, along with increasing environmental consciousness, have encouraged the Japanese public to expand home installations. The March 2011 disaster also added new motivation for securing electricity for use during disasters.

The percentage of newly constructed homes provided by the eight largest home building companies that were equipped with electric solar panels reached 52% in 2010, according to a 2011 study by the Yano Research Institute on Japan’s solar electric systems market. This still does not mean that the streets of Japan are rapidly being lined with houses sporting solar panels on their roofs, as a considerable percentage of homes are built by small contractors that may be less dedicated to including the technology. But this percentage does seem to indicate a significant shift in the attitudes of Japanese consumers toward solar power.

Most of the roof space can be dedicated to solar panels (left); a home with a solar electric power system installed (right). (Courtesy Daiwa House Industry.)

The Feed-in Tariff Plays a Role

A feed-in tariff system that includes solar power has been in effect since July 2012. This system guarantees that, for a fixed period of time, residents can sell the excess electricity that they generate to the power company for a set price. This is meant to enable the commercialization of solar power, despite its high installation price. The FIT system has prompted companies in various industries, not only traditional power companies, to enter the solar power market.

For example, take the famous entrepreneur Son Masayoshi and his new company, SB Energy. Son is the third wealthiest person in Japan according to Forbes, a position attained through his able management of his mobile phone company, Softbank, which won the rights to be the first company in Japan to sell Apple’s iPhone. SB Energy, which was founded in October of last year, began operating its first “megasolar” complex, or large-scale generation facility, in July of this year. The construction companies Ōbayashi and Daiwa House Industry are also entering the megasolar market by lining the roofs of their own distribution centers and warehouses with photovoltaic panels.

Convenience stores, which have long been indispensable to the lives of the Japanese, are also aggressively installing solar panels. Lawson, Inc. installed solar power systems on 2,000 of its stores over two years, and is taking advantage of the FIT system to enter the power sales market. As of May 2012, Seven-Eleven Japan has also completed the installation of solar panels in over 1,400 of its stores as part of a comprehensive energy conservation strategy.

There is no mistake that Japan will be using more solar power in the future. But at present, photovoltaics do not even provide 1% of the total domestic electricity supply, and it is still unclear just how high that percentage will rise. In its solar power rollout scenario, the Ministry of Economy, Trade, and Industry predicts that the installed solar capacity of 1.4 million kilowatts as of 2005 will grow by about 20 times, all the way to 28 million kilowatts, by 2020.

Japan has many dormant and active volcanoes, a sign of the latent geothermal energy that lies beneath its territory.

Geothermal energy can be used to generate electricity by pumping the high-pressure, high-temperature water boiling deep underground to the surface and driving turbines with the resulting steam. This generation method uses only the heat of the Earth’s magma and produces virtually no carbon dioxide. It also differs from wind power and solar power in that it is unaffected by the seasons or climate and is literally on tap 24 hours a day.

Japan is one of the most volcanic countries in the world, best illustrated by the famous Mount Fuji—which, despite not having erupted for over 300 years, remains a magnificent dormant volcano.

After Indonesia and the United States, Japan has the world’s third largest geothermal resource capacity. Three Japanese companies supply some 70% of the global market for geothermal-electric turbines and boast top-level technological prowess in the field. However, in terms of its domestic geothermal power installation base, Japan is floundering at eighth place in the world rankings (Figure 3). Despite being so rich in natural geothermal energy, Japan is failing to make full use of this resource.

The Way Forward for Geothermal

Why has geothermal energy not become a major source of Japanese electricity? In addition to the particular problems that geothermal energy faces everywhere—like the long delay between initial investigation and construction, high costs, and development risk—there are other issues to address in Japan. 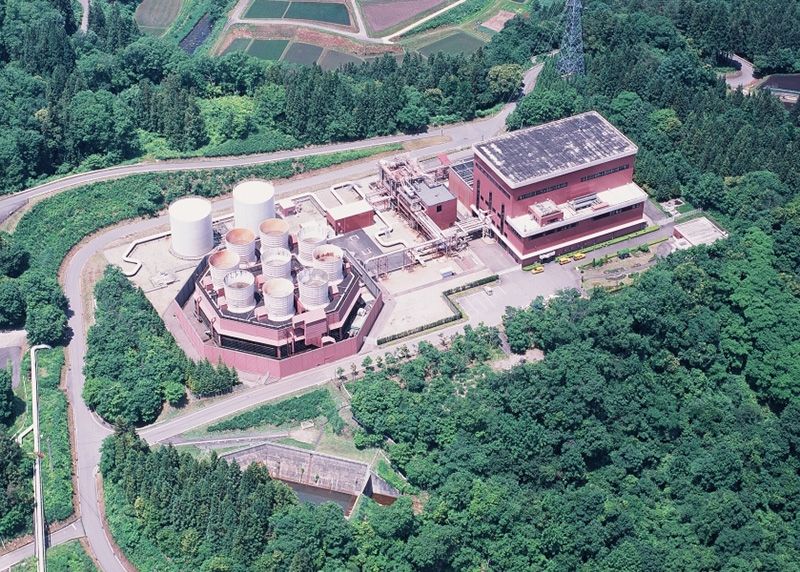 First of all is the fact that about 80% of all geothermal resources are in national or quasi-national parks. Development in these areas is severely restricted in order to protect the environment, and it has been difficult to build power plants there. However, with renewable energy growing in importance in the post-3/11 era, the authorities have revised the regulations to make power plant construction possible inside national parks, with certain conditions attached. In August 2012, the Ministry of the Environment announced an initiative (information in Japanese only) aimed at “realizing green growth” and the “rapid introduction of renewables,” which would give geothermal power a significant boost.

Another issue is coexisting with natural hot-spring resorts. Hot springs are common in the vicinity of most geothermal power plants in Japan. The development of this energy resource will be difficult without cooperation from the resort operators, who are worried about the possibility that pumping hot water to generate electricity could worsen the water quality of their springs, or even dry them up completely.

Hot springs are a very important sightseeing resource in Japan. According to the Nippon Onsen Research Institute, as of 2010 Japan was home to 3,185 hot-spring resorts that welcomed over 120 million cumulative visitors annually. The value of a location as a recreational facility or tourist draw is often closely tied the presence of a natural hot spring, and an interruption to a spring’s flow would deal a severe blow to the recreation industry in that region. It is no surprise that the owners and operators of hot-spring resorts would be nervous over the construction of a geothermal power plant.

Supporters of the technology note that geothermal power generation uses hot water in a layer of the ground far below the layer that provides a hot spring with its water. Furthermore, they state, the possibility of damage to the springs is low because the water is returned underground after use. But these arguments are not enough to quell the worries of hot-spring operators. At some existing geothermal plants, the power company has managed to assuage these fears and achieve coexistence with hot-spring facilities by providing services like emergency backup power or by helping to develop new springs for recreational use. For both sides to work well together in the future, they will need to pursue this sort of collaboration based on the common goal of effectively utilizing geothermal resources. It will be vital for all parties to share information openly and continually monitor spring conditions.

The FIT system for renewable energy launched in July this year also includes geothermal power. It will be interesting to see whether geothermal energy begins to seriously take off in Japan, buoyed by both this system and the newly relaxed national park regulations.