Bonsai: Nature in the Palm of Your Hand

Economy Society Culture Lifestyle Jan 23, 2013
The cultivation and appreciation of bonsai trees or plants is on the rise, both in Japan and around the world. Here we introduce the aesthetic elements of this fascinating art that compresses nature without sacrificing its majesty and beauty.

Bonsai is the art of cultivating miniature versions of trees or other plants in a ceramic bowl or tray. The plants range in height from some more than 60 centimeters tall to tiny ones that can be held in the palm of your hand. Bonsai used to be viewed as a pastime for retirees, but for some years now the number of people enjoying the hobby has been growing. The miniature plants are a common sight in places frequented by young people in Japan, like restaurants or interior shops, and others keep a bonsai on their desk at work to refresh their eyes, tired from staring at a computer screen.

How to Appreciate Bonsai 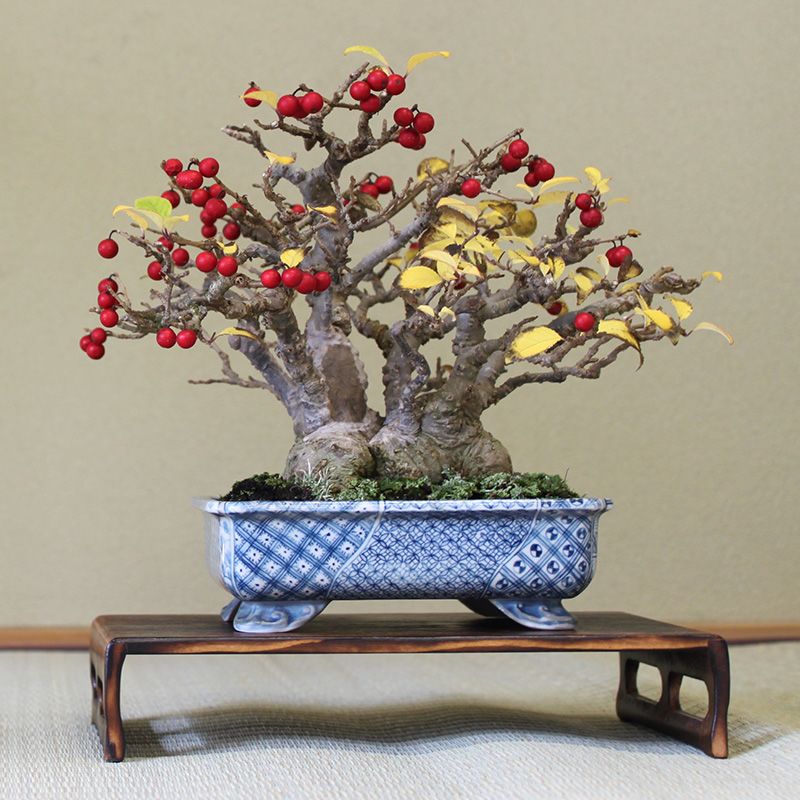 Grasping a few basic principles can enhance your appreciation of bonsai. First of all, it is worth bearing in mind the importance of the bowl in which the plant is placed. Indeed, the word “bonsai” is a combination of the word for basin or tray (bon) and the word for plant (sai). Along with looking at the tree itself, you should consider how well the bowl is suited to it. This balance between plant and bowl is called hachi-utsuri, which literally means the impression made by a basin. Connoisseurs of the art prize bonsai with an exquisite balance between plant and bowl. This is one way in which bonsai differs from the art of gardening.

There are accepted views on what sort of bowls suit certain types of plants. For instance, an unglazed bowl is recommended for miniature evergreens like pine or cypress trees. In contrast, glazed bowls are preferred when it comes to deciduous trees whose leaves change color with the seasons, like Japanese maple and zelkova trees; shrubs admired for their blossoms, like prunus and camellia; and plants whose charm lies in their fruit, such as the pyracantha. The color of the bowl is also important. To take just one example, a blue bowl is thought to best suit a plant with red fruit, helping to set off and enhance its appearance.

A second key point to bear in mind is that there is a front side, or shomen, to each bonsai. This is the best side from which to view the plant. In the case of bonsai, unlike an ordinary plant, great emphasis is placed on viewing it from that optimal angle. The shomen is decided on the basis of various criteria, such as the way the visible roots spread, the patterning of the trunk, the form of the branches, and the posture or attitude of a tree. And if the appearance of the tree changes, the shomen might also change to a different side. 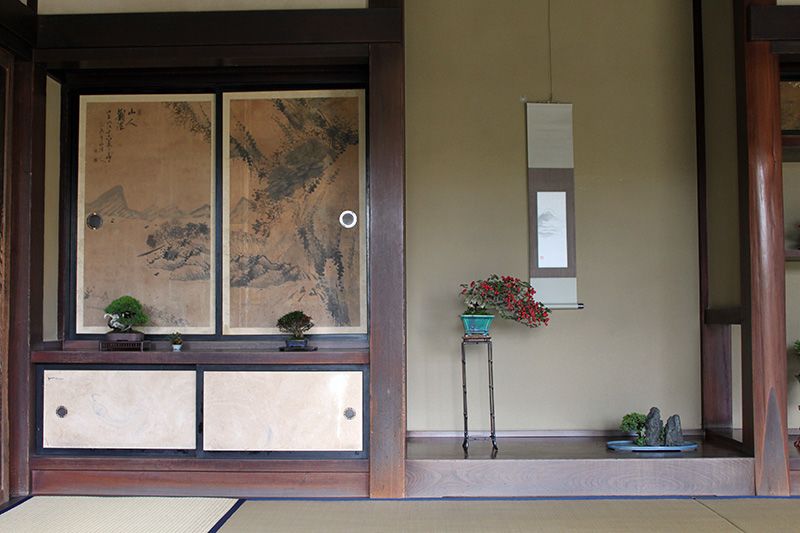 This notion that from the outset that there is a primary angle from which to view the plant means that bonsai is effectively a two-dimensional art form, akin to a landscape painting. But instead of brush and paint, the work is created with shears to prune the plant and wire to train its branches.

A third key consideration is that bonsai is intended for indoor viewing. The plant may be placed in the display alcove of a traditional Japanese room or on a stand placed on tatami matting. You can also encounter bonsai in Western-style homes or in modern offices. Similar to how people need to take off their shoes before entering a home in Japan to keep a house clean, the soil of a bonsai plant should not be visible to the eye. For this reason, it is often covered with moss. Although the plants are indoors most of the time, they need to be exposed to sunlight occasionally and watered several times a day.

The Pleasures of Bonsai

Yamamoto Junsan, the author of many works on bonsai, offers his thoughts on its charms: “The essence of the pleasure gained from cultivating bonsai lies in the recreation of natural scenery. Gazing at a superb bonsai can give you the impression that a full-size tree is standing before you. The changing seasons, the sound of a breeze, and all of the inspiring beauty of nature can be felt.”

Korean writer Lee O-young, in his influential book on Japanese culture, Smaller is Better: Japan's Mastery of the Miniature, describes bonsai not simply as a miniature tree, but as a sculpture of a tree with enough power to convey to the viewer’s mind a vivid impression of the sea or a salty breeze. 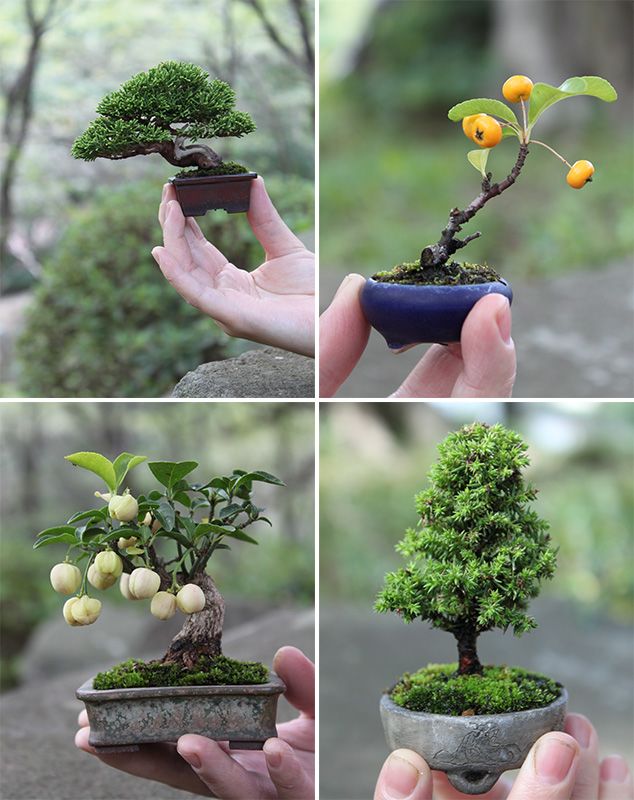 Incidentally, in the same book, Lee describes the chief characteristic of haiku poetry as not brevity but the attempt to compress the vast world in all its ambiguity into something tiny, thereby creating a sort of “miniature giant.” Needless to say, this is the same as the bonsai aesthetic.

Not Cruelty But Doting Love 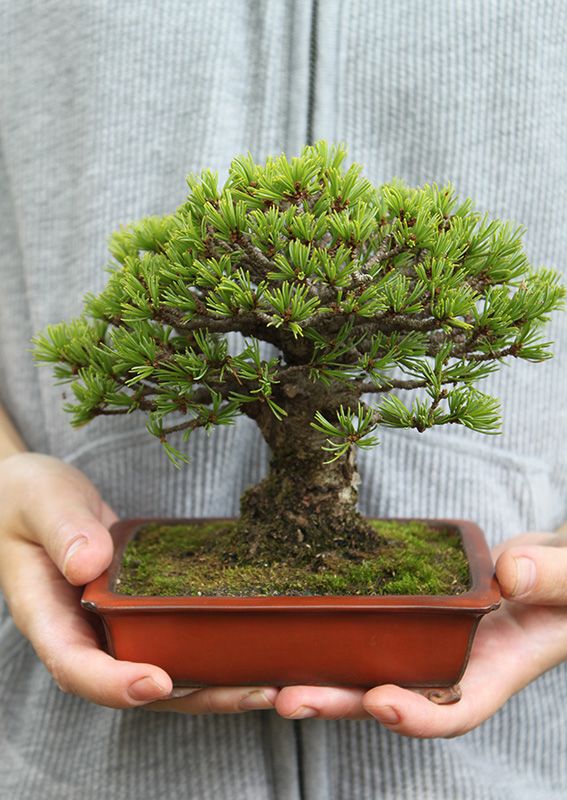 Bonsai can be described as a “green art,” founded on a unique aesthetic. Yet if the underlying aesthetic is not appreciated it might seem that the art is more an expression of the human ego. Indeed, in his book on Japan, Lee describes bonsai as a torturing of nature, akin to foot-binding. For connoisseurs of bonsai, however, that view misses the mark; they are aware of how practitioners of the art dote on the plants they cultivate, as Yamamoto explains:

“It’s like nurturing a gifted athlete. When you grow your own bonsai from seeds, only one or two saplings out of a thousand will turn into a really beautiful tree. A skilled cultivator who comes across a ‘gifted’ sapling will often become completely absorbed in trying to bring out its ideal shape. Shears and wire are used to gradually bring the plant closer to the image the connoisseur has in mind, without doing harm to its life force. That sort of effort is only made for a sapling that has a special quality; a gifted sapling will respond to the expectations of a demanding coach. To those unfamiliar with the art, the approach of such cultivators might seem like a form of abuse, but in fact they are completely devoted to bonsai, hardly thinking of anything else.”

Outside Japan, the number of bonsai enthusiasts is growing every year. According to the Japan External Trade Organization, a record ¥6.7 billion worth of bonsai and regular garden trees were exported from Japan in 2011. Such exports have grown nearly ten-fold over the past decade—with China, Italy, the Netherlands, Vietnam, and the United States as the main destinations. Among wealthy Asians, bonsai trees have become a status symbol, while in Europe and the United States these plants are increasingly used to enhance interior design. It will be interesting to see what sort of creative new ideas emerge in the years ahead from this “globalization” of bonsai. 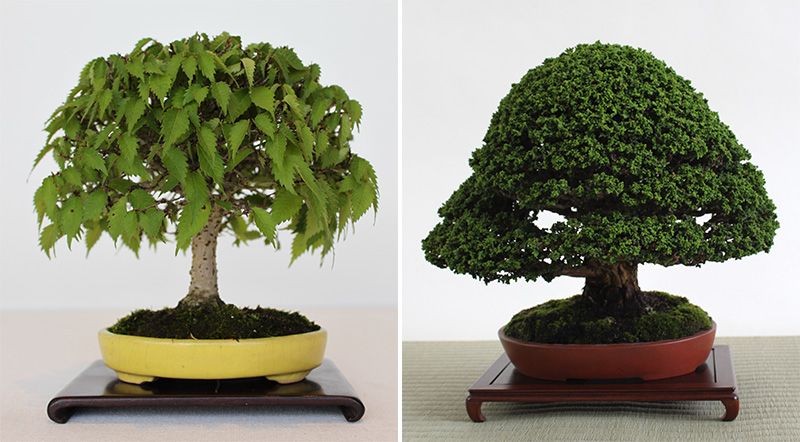