Mikimoto Kōkichi: The Pearl King and His Museum

Culture Jul 17, 2017
The humble Akoya oyster, grown in the bays of Mie Prefecture, produces the most prized gems of the sea: pearls. A century after Mikimoto Kōkichi perfected his method to grow spherical pearls, the prefecture is home to a museum celebrating his work and the beauty it has made possible.

Creator of a Lustrous Industry

The pearl farmers who make a living from the sparkling waters of Mie Prefecture owe a huge debt of gratitude to the patience and perseverance of locally born Mikimoto Kōkichi (1858–1954). 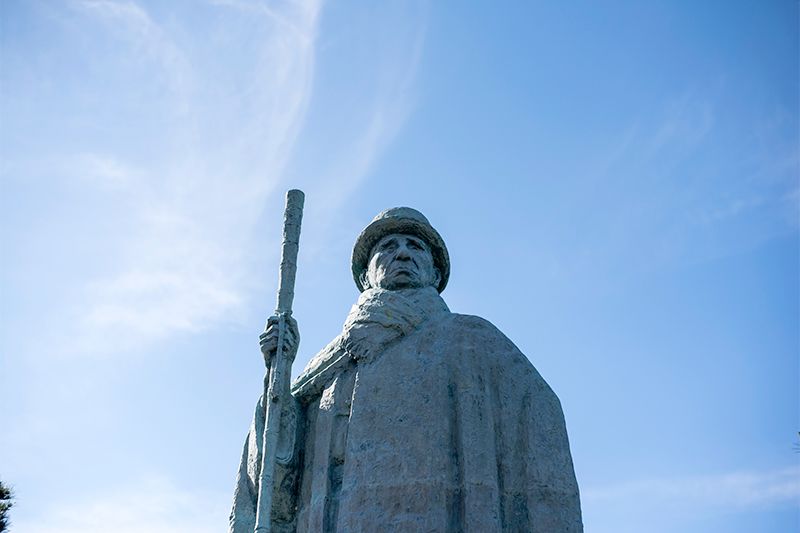 The oldest son of the owner of an udon noodle restaurant in what is now the city of Toba, he became a trader in seafood from Mie Prefecture in the 1880s, selling abalone and dried sea cucumber in far-off Tokyo. During one of his trips, Mikimoto apparently became fascinated with pearls, which at that time were even more precious than today because they had never been successfully cultivated.

Much effort had already gone into cultivating pearls, notably in Europe, but no attempt had been successful. Undeterred, Mikimoto began breeding Akoya oysters in Ago Bay. After five years of trial and error, he had succeeded in producing hemispherical pearls that grew as mabes, or “blisters” attached to the inner shell of the oyster. But the breakthrough that he had been working toward was not far away. 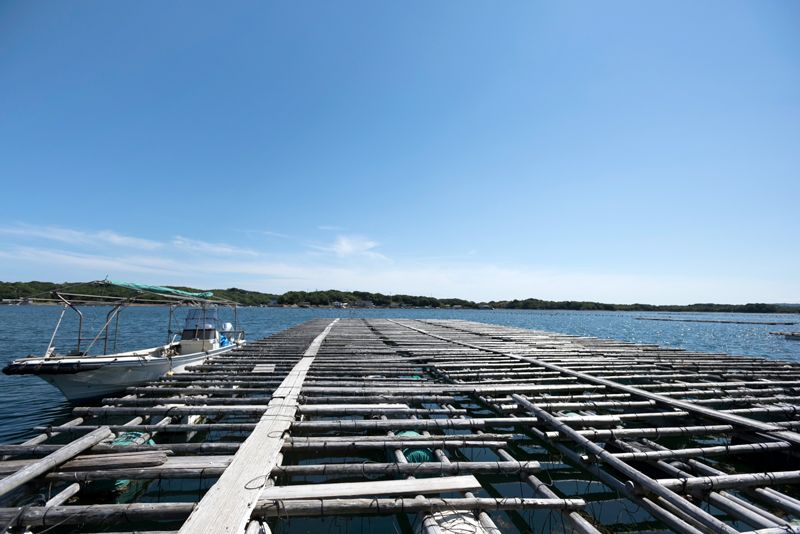 Hundreds of Akoya oysters are suspended beneath rafts floating on Ago Bay.

Mikimoto stands alongside two other pearl researchers active at the dawn of the twentieth century: Mise Tatsuhei (1880–1924) and Nishikawa Tōkichi (1874–1909). These two men filed competing patents in 1907 for techniques used in creating spherical pearls; following their agreement to cooperate in pearl development, the “Mise-Nishikawa method” gained traction in the industry. But it was Mikimoto who joined their work with his own earlier discoveries to receive a 1916 patent for culturing round pearls in oyster mantle tissue, thus launching the first commercially viable spherical pearl business.

Pearl-Culturing Methods for the Modern Age

A century later, the method that Mikimoto, revered as the “Pearl King,” pioneered is still in use. And while much of the process of cultivating a pearl is still done in the traditional way, technology is increasingly being used to protect the oysters. 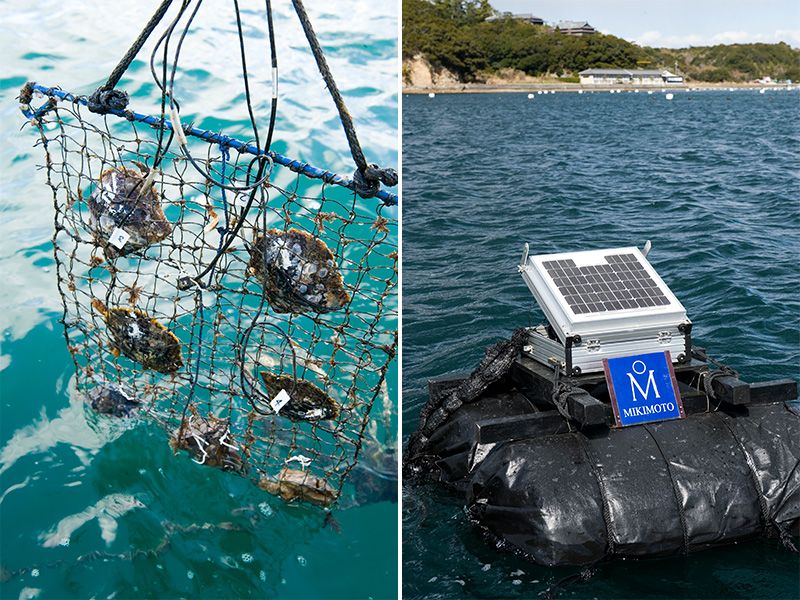 The Shell-Lingual system includes sensors attached to the oysters and a surface unit to generate electricity, and send signals back to shore. © MIKIMOTO

A warning system, named “Shell-Lingual”, has been developed to warn farmers when the water conditions where their oysters grow are deteriorating. Environmental changes can affect the all-important amount of oxygen in the water or trigger the arrival of “red tide” algae or other toxins—all of which pose a danger to the shellfish.

Sensors are placed on a number of oysters to allow farmers to monitor the width of the shell opening. Rapid opening and closing indicates that the oysters are in distress; a message is automatically sent to farmers’ mobile phones, enabling them to move their shells to another part of the bay or set them at another depth.

Today, the small island off Toba where Mikimoto made his breakthrough has been turned into a museum in his honor. In the early years of pearl culturing, no outsiders were allowed on the island. That changed in 1951, though, and the millions of visitors since have included queens, princes, heads of state, and captains of industry, all attracted by these beautiful translucent spheres. 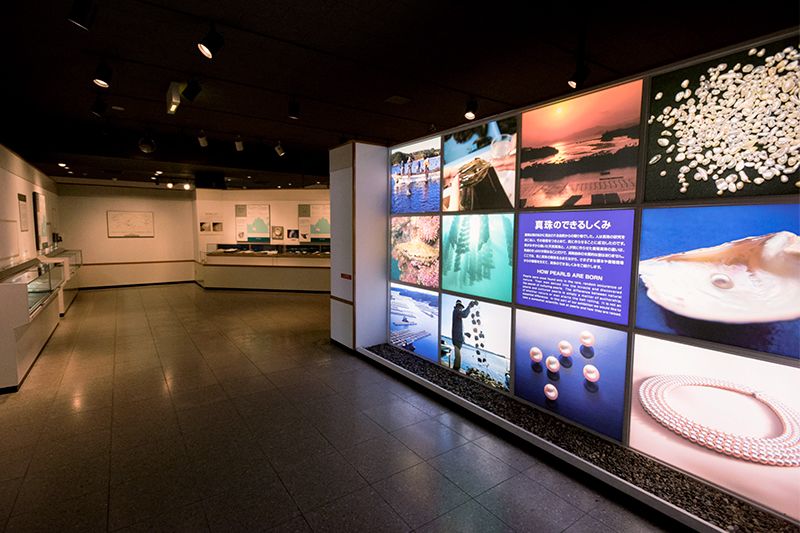 The Mikimoto Pearl Island Museum details how these shining spheres are cultivated.

The ground floor of the Mikimoto Pearl Island (Pearl Museum) has exhibits that detail how Mikimoto first cultured a pearl. There are some 100,000 different varieties of oyster, but only six are suitable for culturing pearls. While the pearlers of Mie generally use Akoya oysters, the black-lipped oysters of Tahiti are favored for the black pearls they produce and larger white-lipped oysters create the large South Sea pearl. 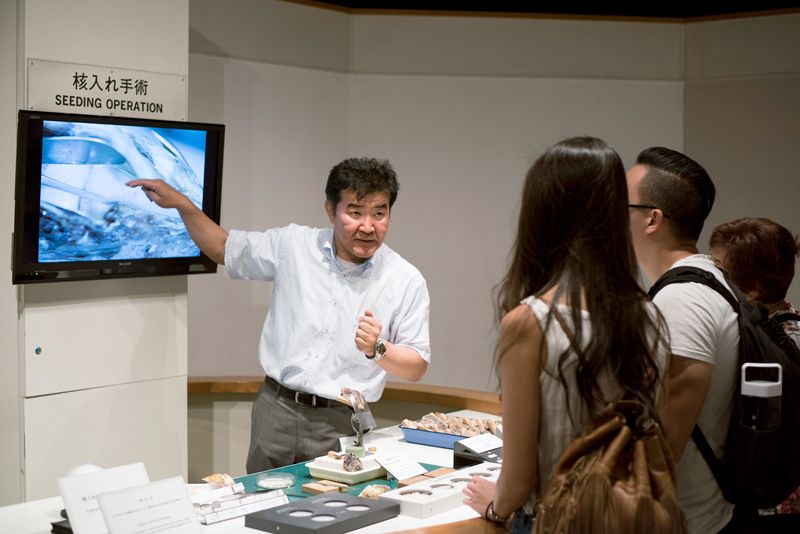 Visitors to the museum learn how pearls can be cultivated using techniques devised by Mikimoto Kōkichi.

The exhibition shows how a mere 5% of the oysters that are harvested have perfect pearls, while as many as 50% die in the process. Imperfect pearls do not go to waste, though, being used in medical supplements and, more recently, cosmetics. 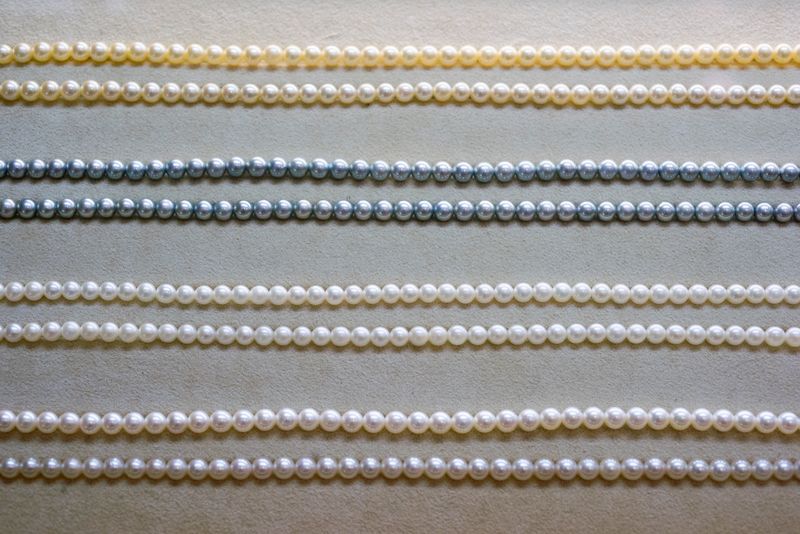 The museum also shows how the pearls are selected to be strung onto lengths of silk thread, with the stringers required to have a good eye to match pearls of similar luster, color, and size. The downstairs area also has an extensive collection of photos related to the pearl industry from around the world, including images of the famous women “ama”  divers of Mie Prefecture. 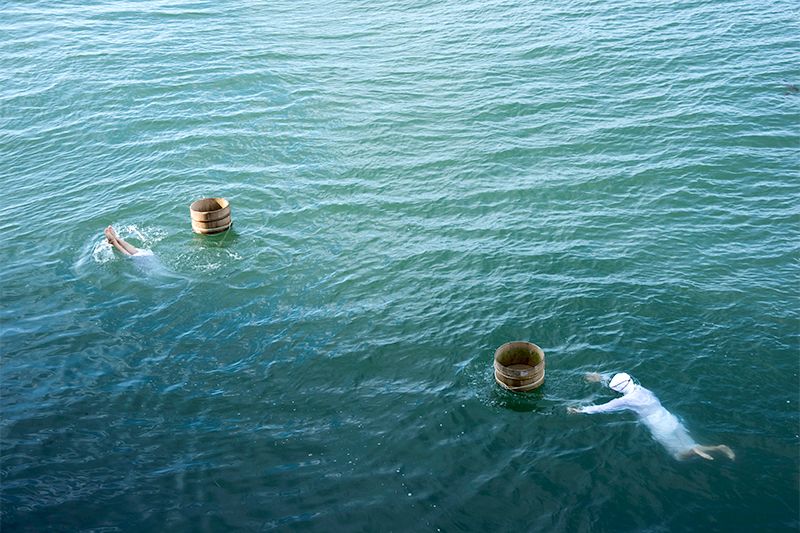 On the upper level of the museum, visitors can admire the works of art that pearls can become. The museum began gathering examples of fine jewelry that makes use of pearls in 1985 and has built up a collection of around 250 items.

The exhibits include a golden brooch from southern Germany dating from 1600 that uses pearls alongside jade. Made in England around 1830, a Maltese cross is inset with pearls and emeralds. 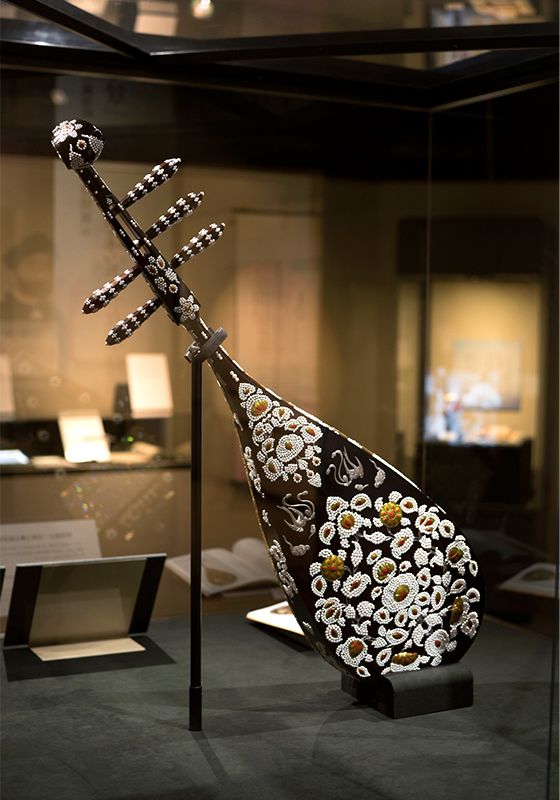 The artisans of Mikimoto have also created a number of breathtaking larger works of art, including a replica of the priceless biwa lute that has been preserved in the Shōsōin Repository, as well as a re-creation of a Byzantine crown from the Middle Ages that took 14 months to make and has 796 top-quality pearls and 17 diamonds. 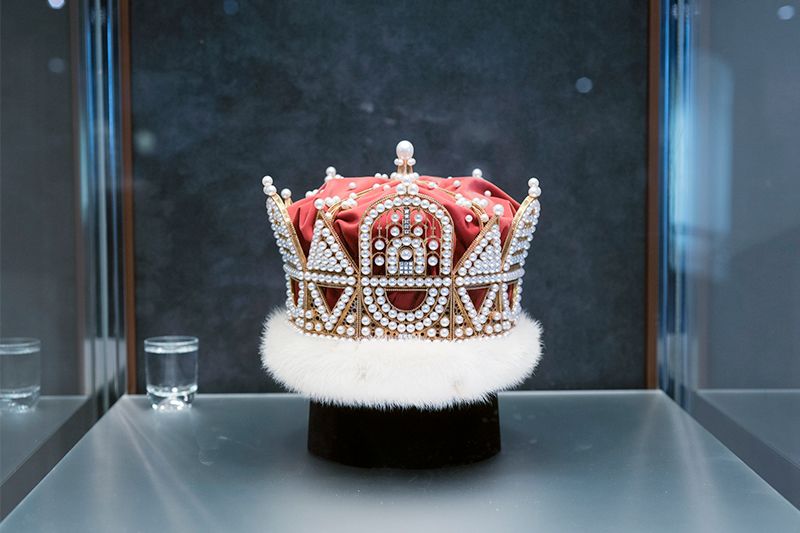 A crown made by Mikimoto designers in 1979 incorporates 796 of the company’s finest cultured pearls and 17 glittering diamonds.

(Originally written in English. Banner photo: The luster of the pearl captivated people for centuries before Mikimoto Kōkichi mastered his technique for reliably creating these spherical gems of the sea. All photos © Motono Katsuyoshi)