Society Lifestyle Oct 23, 2013
Men’s rhythmic gymnastics, a sport that originated in Japan, brims with energy and strength that enthrall audiences, but the sport remains little known and an uncommon fixture on the athletic scene. The designer Issey Miyake collaborated with the Aomori University Men’s Rhythmic Gymnastics Team to produce a dramatic performance and elevate the sport’s profile.

Rhythmic gymnastics are often viewed as a competitive sport only for women, but men take the floor as well. In fact, men’s rhythmic gymnastics were born in Japan. The original form of the sport, group calisthenics, existed in the prewar period and was made an official event in the National Sports Festival held in 1949. The All-Japan Intercollegiate Rhythmic Gymnastics Championships, also first held that year, have since been held 65 times.

In contrast to the strikingly graceful beauty of the women’s events, the appeal of men’s rhythmic gymnastics lies in dynamic and acrobatic performances that showcase muscle power and speed. One of the people thoroughly captivated by that energetic beauty is the world-renowned fashion designer Issey Miyake.

A Symbol of Strength from Tōhoku 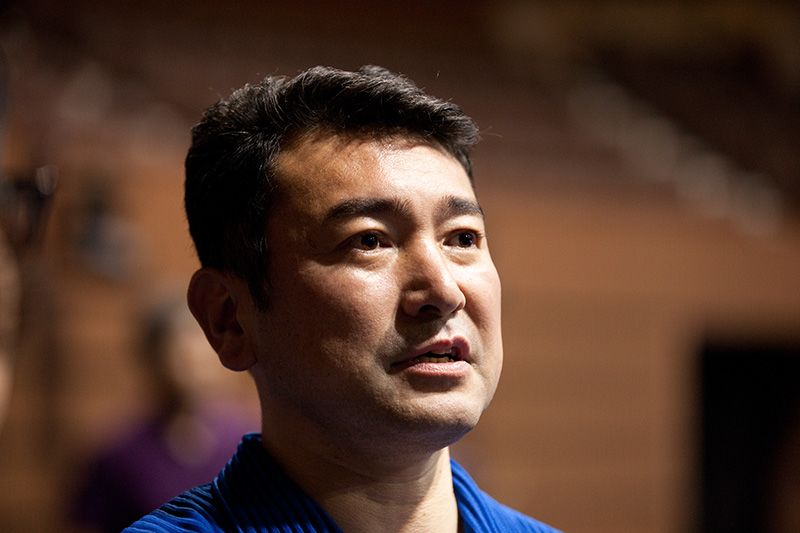 Nakata Yoshimitsu, head coach of the Aomori University team, dreams of making men’s rhythmic gymnastics a part of Aomori culture. The men’s sport is not well known or commonly played today, though, and the International Gymnastics Federation does not recognize it as a competitive sporting event. It was even dropped from Japan’s National Sports Festival in 2009—although, officially speaking, it is merely on hiatus. Also the head of the Men’s Rhythmic Gymnastics Committee in the Japan Gymnastic Association, Nakata is making every effort for the development of the sport while he continues to train the university team’s members. 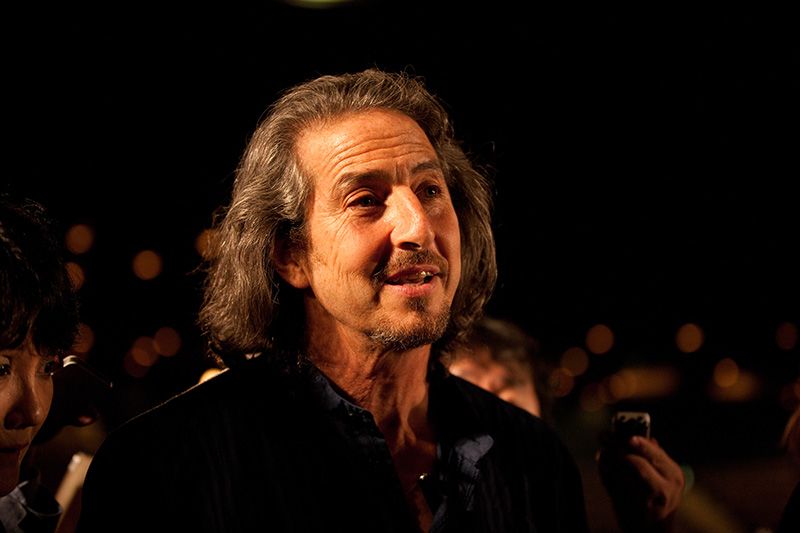 The idea of holding a public performance brought Miyake and Nakata together. Rather than simply giving a straightforward performance of the sport, Miyake thought it would be better to add even freer expression and to make full use of the performers’ physical strength to showcase their abilities to a larger audience. He contacted Nakata in March and shared his ideas with the coach.The performers’ costumes are original Miyake creations from his new line, Homme Plissé Issey Miyake. Producing the event was Daniel Ezralow, a friend of Miyake’s for more than 30 years and a world-famous choreographer and stage director who will direct the Opening Ceremony for the 2014 Winter Olympics in Sochi, Russia. Top-class artists at the forefront of their fields were engaged for the music, lighting, and filming of the performance. Backstage it looked just like a fashion show, with fitters and hair and makeup assistants on hand, making it clear that Miyake was leaving his stamp on the show to follow.

Despite Tokyo’s sweltering heat, devoted fans queued for over an hour for the July 18 event, held at the Second Gymnasium of the Yoyogi National Stadium. A full house of some 2,600 fans took up their seats in the gymnasium. Many more who applied to attend the performance were unlucky in the seating draw. Although men’s rhythmic gymnastics may not be widely known, it obviously already enjoys strong support.

The magnificent and dreamlike opening to the show captivated the audience. A vast piece of blue material, large enough to cover the 40-meter-diameter circular floor, floated in the dimly lit performance space. The gymnasts tugged on the material, making it billow in waves. After ballooning up into a huge sphere, like a mass of water, it suddenly flattened out like a calm expanse of ocean.

The gymnasts then appeared, like life emerging from the primordial sea, and the scene changed from quiet to active. The audience was quickly drawn into the world conceived by Daniel Ezralow, who said he wanted the gymnasts to swim and splash like fish and dolphins in the “ocean” of the gymnasium floor. 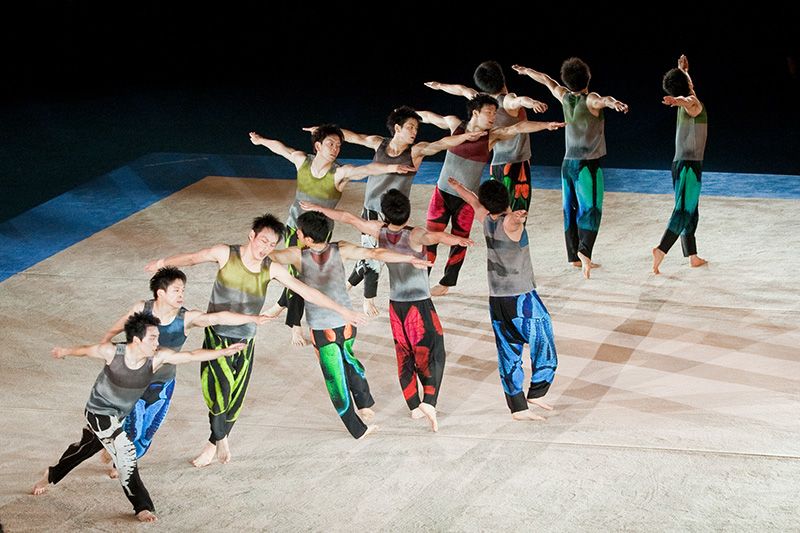 For close to an hour, the audience was riveted, watching a program that combined original performances choreographed especially for this event with the team’s standard rhythmic gymnastics routines. The performers executed high leaps and skillful tumbling techniques, as well as delicate, artistic movements right down to their fingertips. Most dazzling were the precisely timed midair somersaults, with the gymnasts just avoiding collisions with each other. The perfectly synchronized teamwork earned enthusiastic applause from the audience. 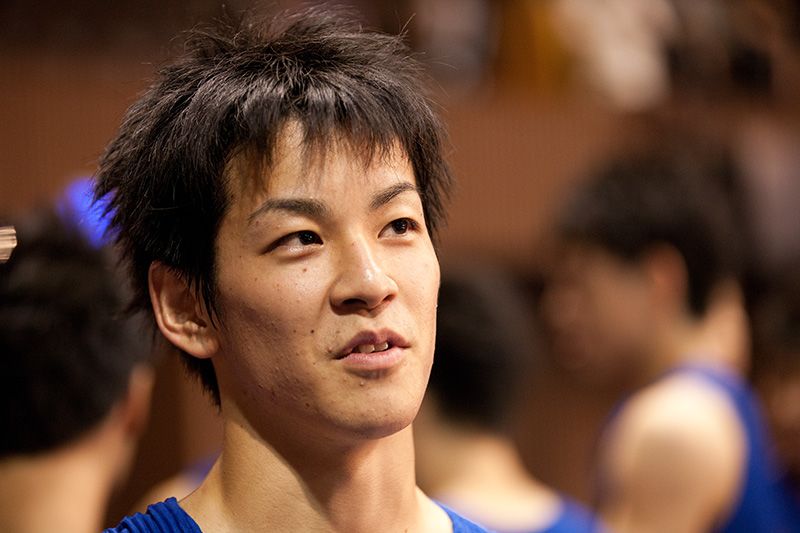 The gymnasts had beaming expressions on their faces after the performance, but they noted, looking back, that preparing for this special event had been really difficult. The hardest part had been continuing practice as normal while mastering the new show.

“We could only practice in earnest for a little over one month previous to the event,” says senior Ōkawa Yoshinari. “There just wasn’t enough time. We came down to Tokyo five days beforehand and tried hard to reach a high level of polish. If we couldn’t fix the problems in our individual parts, it would impact on our fellow performers, so the pressure was tough. But each team member concentrated on his part, and somehow we made it through.” 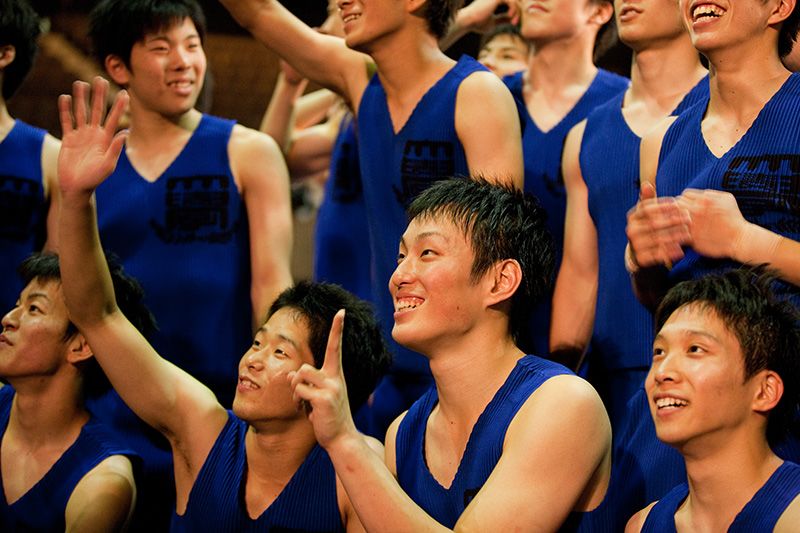 Just one month after this show, the team went for its twelfth consecutive win at the All-Japan Intercollegiate Rhythmic Gymnastics Championships. Sophomore Suzuki Jin observes: “We needed a project like this to make the world more aware of our minor sport. Unlike in competition, all the team members were able to be a part of this performance, and our teamwork improved as a result. It was a challenge—sometimes we practiced twelve hours per day, into the night—but I’m glad we did it. Now, though, we’ve got to reach our full potential at the championships. It’s time to switch focus and make a new start toward the competition.” 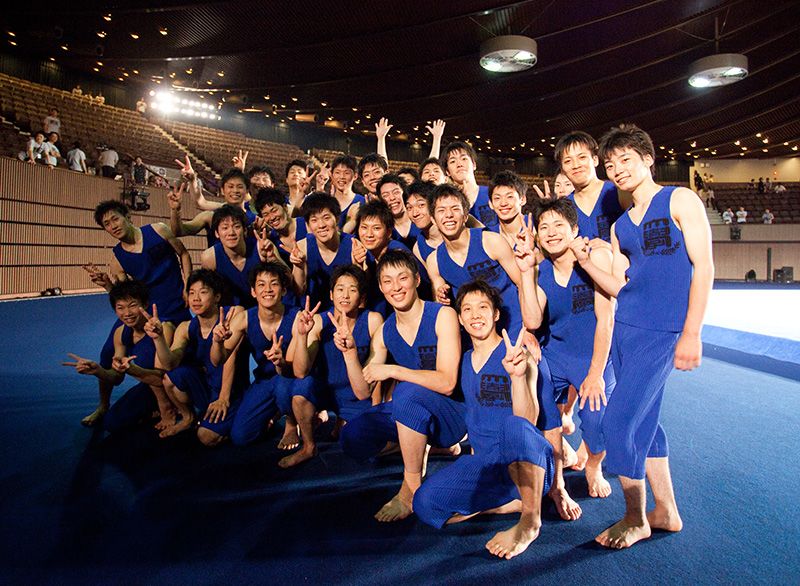 At the sixty-fifth All-Japan Intercollegiate Rhythmic Gymnastics Championships, held on August 24–27 at the Kitakyūshū Municipal Gymnasium, the Aomori team showed that it had successfully made that switch when it accomplished the remarkable feat of 12 consecutive wins. Next up are the All-Japan Rhythmic Gymnastics Championships in November, followed by public performances in the Netherlands and Germany in December this year and January 2014.

“Once every two years, we are invited to take part in events in Europe,” says the head coach, Nakata. “Men’s rhythmic gymnastics isn’t an official competitive sport in Europe, either, but it enjoys a higher degree of recognition there than in Japan. I want the European audience to experience the beauty of our synchronization when the six men on our team come together as one.

“This sport places great importance on involvement with your teammates. The performance only comes together if you’ve got the feeling of working hard for the sake of others. I want to show the world that side of Japan’s young people.” 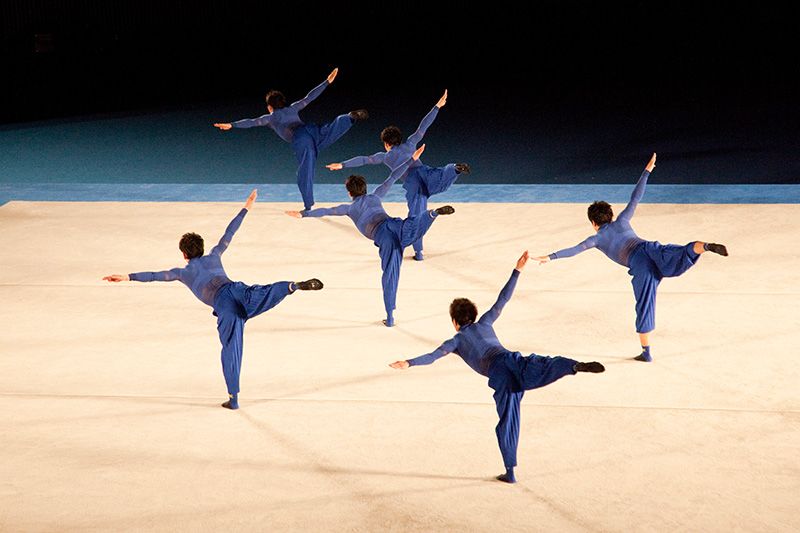 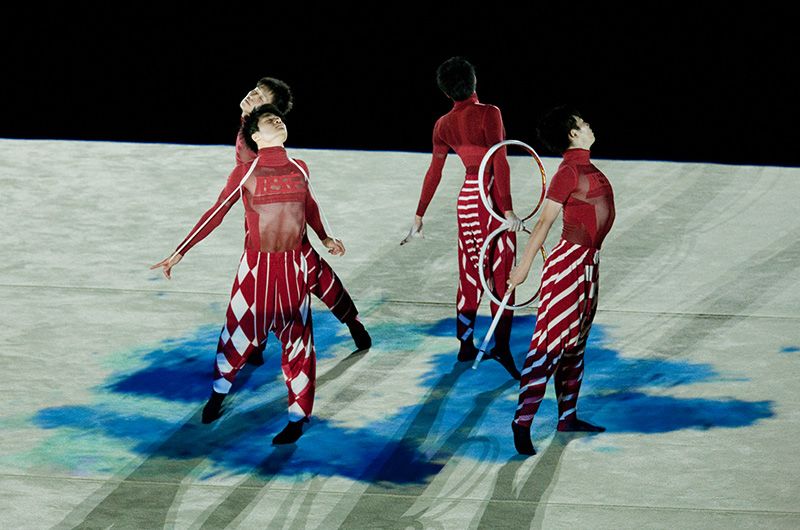 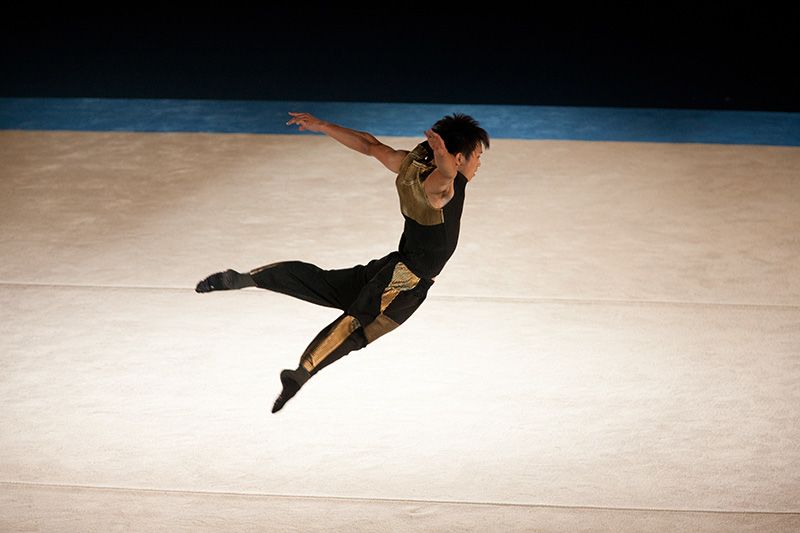 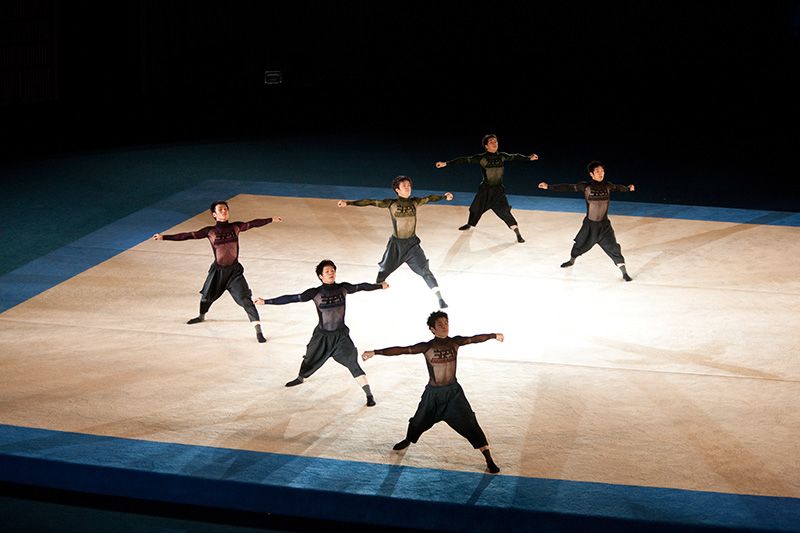 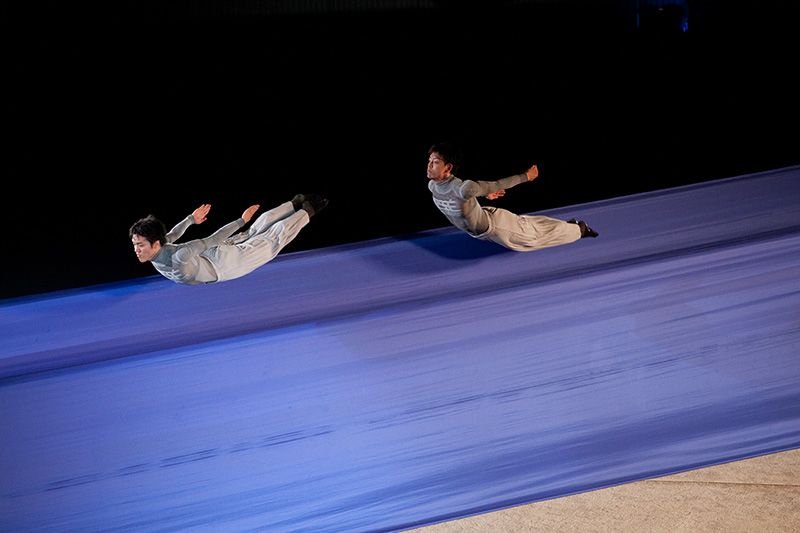 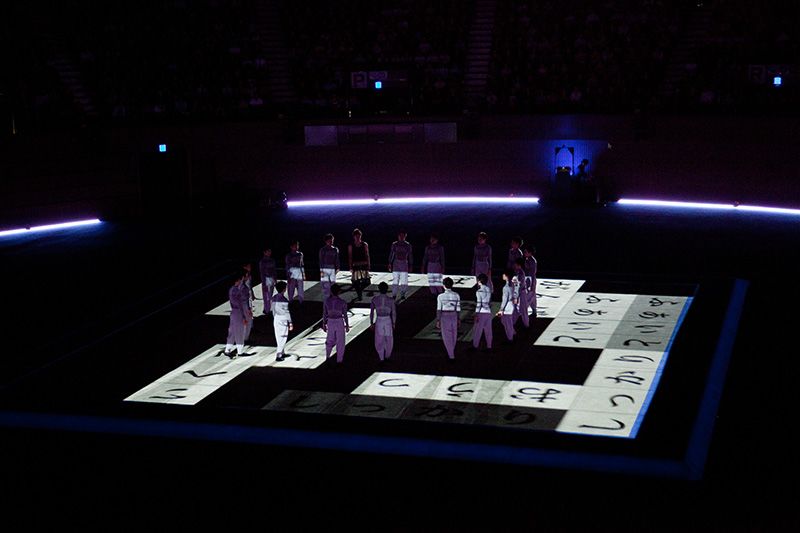 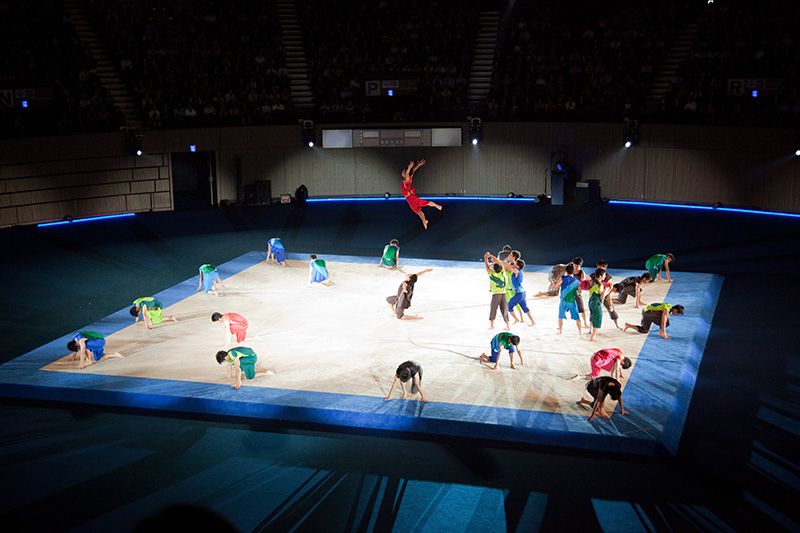 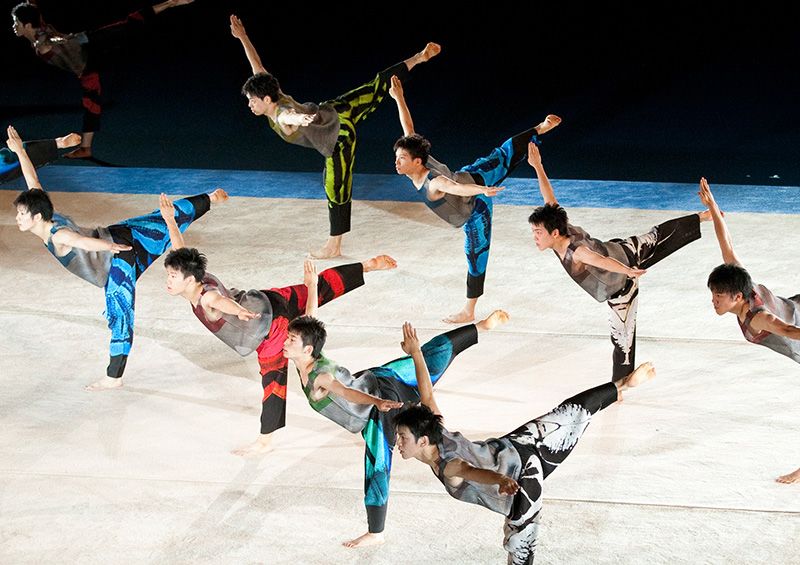 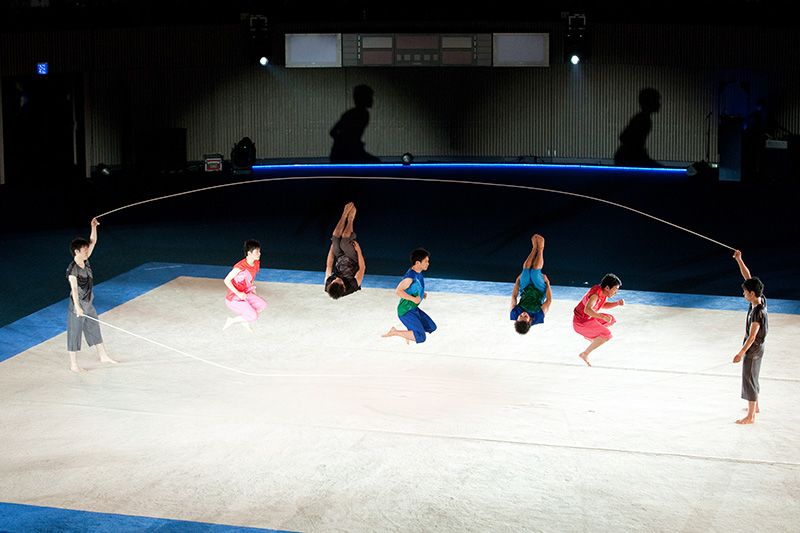 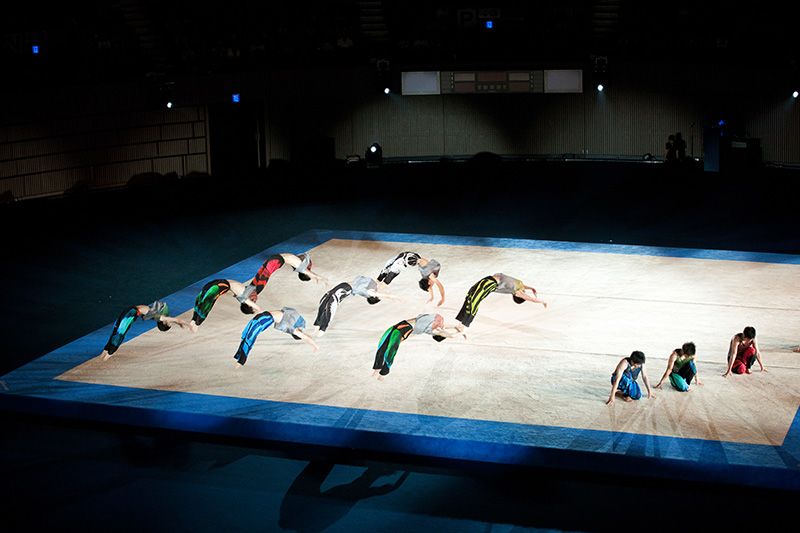 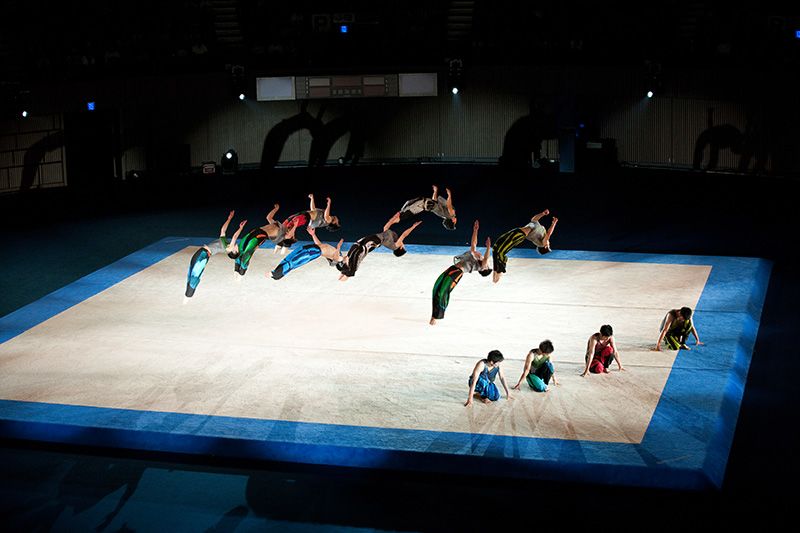 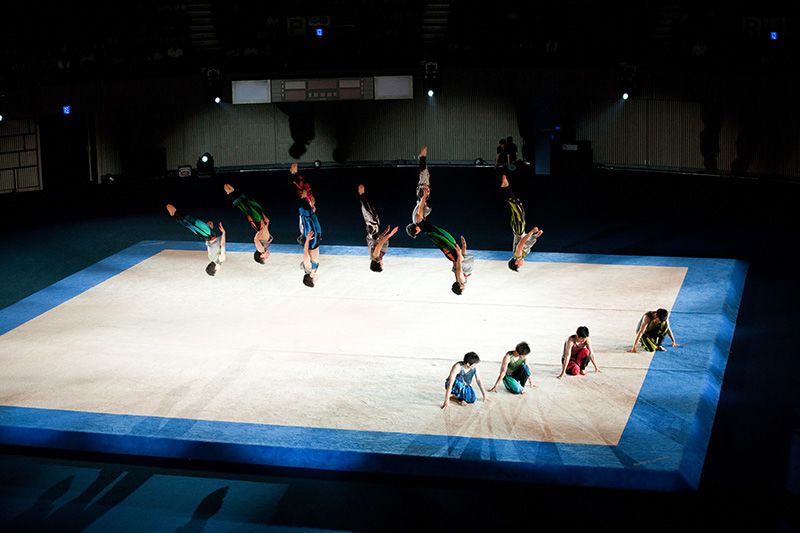 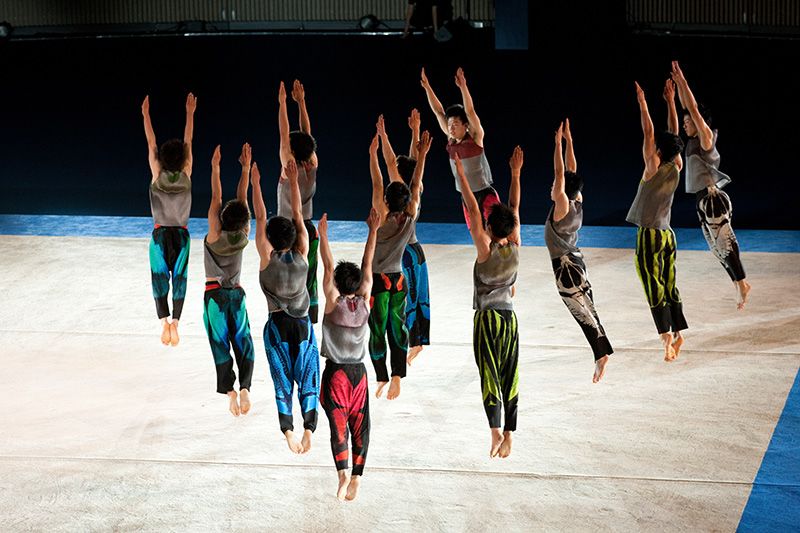 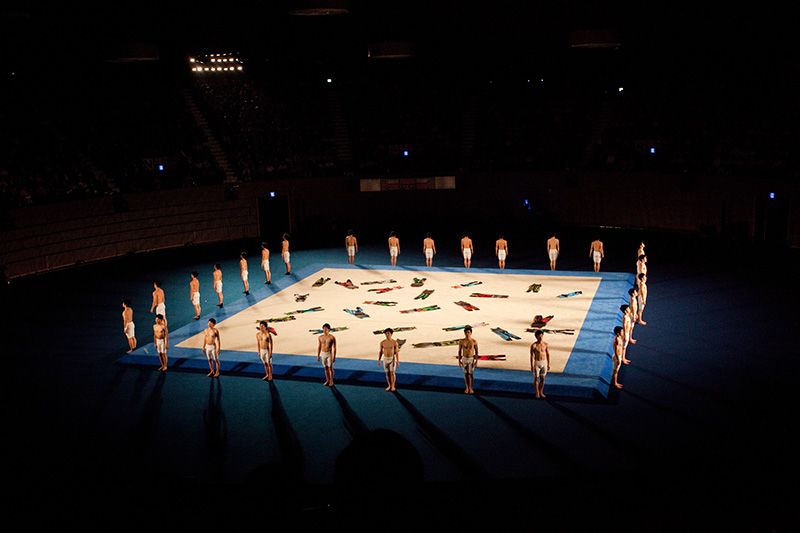