Love Hotels Clean Up Their Image

Society Lifestyle Jun 4, 2013
Love hotels once had a shady reputation and gaudy designs, but things have changed. Today the hotels have become a date spot frequented by ordinary couples. Love-hotel scholar Kim Ikkyon explains why this change occurred.

(Continued from part one.)

Kim Ikkyon had to risk some jokes at her expense in making love hotels her academic pursuit. Some colleagues seemed to think her research involved nothing more than visiting one love hotel after another, but despite that impression she continued to doggedly pursue her research.

“It was intimidating for me at first,” Kim recalls, “because love hotels are often the crime scene for TV detective dramas—the place where the body is found. [Laughs] But nowadays you can see ads in commuter trains about love hotels as a date spot. When I first encountered that sort of ad it sparked my curiosity to research the subject more deeply.”

Back in Kim’s undergraduate days, in the late 1990s and early 2000s, love hotels were already being showcased in magazines providing information on local shopping and services. But prior to that, young women had tended to be scared of love hotels, viewing them as rather shady establishments. Media coverage of love hotels  was mainly limited to late-night TV programs and magazines aimed at middle-aged men.

What happened between that time, when love hotels were intriguing yet forbidding places, and now, when they have become bright and lively date spots? 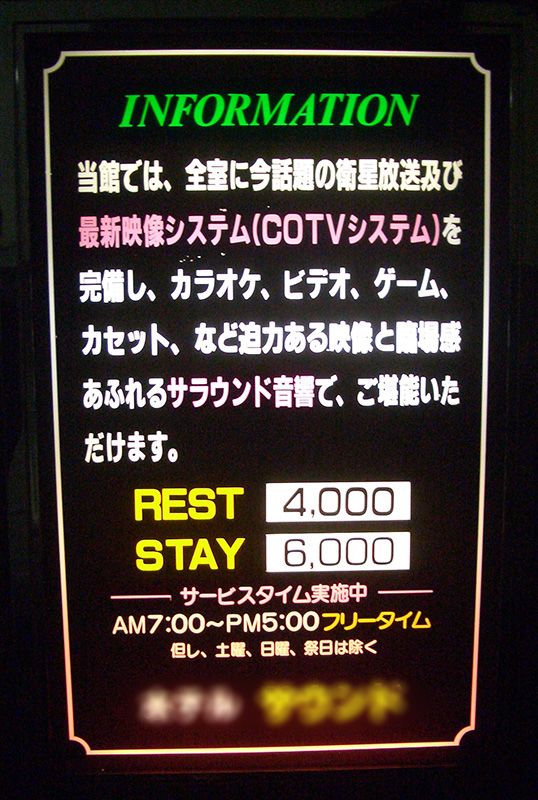 As touched on in part one, the term “love hotel” came into currency in the late 1960s and early 1970s, when the old hourly rate establishments went upscale; hotel owners back then made the interiors and exteriors much more lavish and gaudy than before.

But by the 1980s things settled down a bit, as Kim points out, and the design of the hotels began to become a bit simpler. As the hotel exteriors and interiors were toned down, the amenities were expanded to include such things as karaoke equipment, video-game consoles, and other types of entertainment. Amid this change some of the iconic love hotels of the past fell behind the times, like the Meguro Emperor hotel, which closed its doors in 1989.

The shift toward simpler hotels with more amenities did not take place in a vacuum. Kim identifies three factors in particular that account for the change.

With the legal revision, love hotels came to be categorized as “immovable sex-related establishments,” placed under the jurisdiction of the police. Because of this, when new hotels were built an effort was made to steer clear of the “love hotel” classification. This was done, for example, by hotel owners avoiding designs featuring bizarre exteriors and interiors. 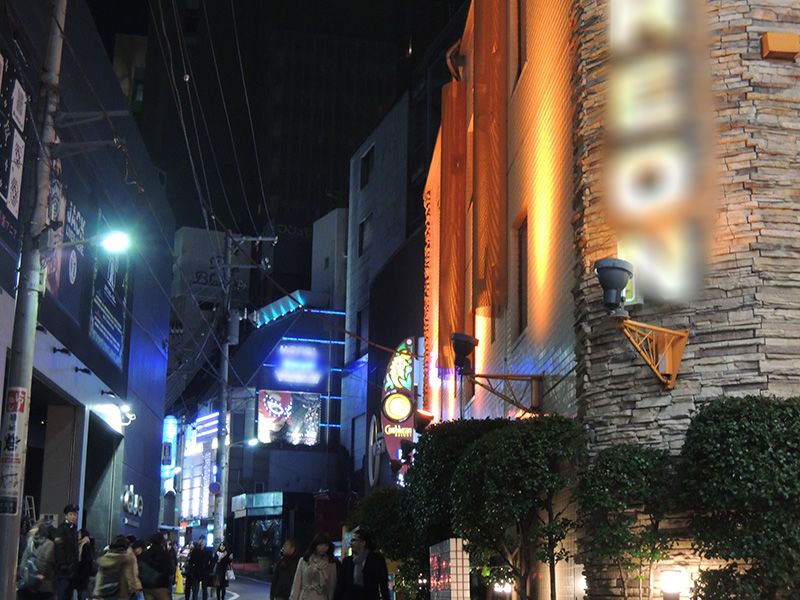 Another reason that love hotels jettisoned an over-the-top style was simply that it was cheaper to opt for a simpler design. And finally, as the third factor, there was the fact that women were increasingly the ones to select a love hotel.

But legal changes and economic considerations alone do not fully account for the transformation of love hotels; there was also a need to meet the demands of a new era. The garish style of the hotels gradually became unsuited to an age when women tended to be the ones to choose the hotel.

This marked a shift, Kim explains, “from hotels that were places where a guy ‘took along’ a female companion, to places where couples made the decision, together, to stop by a hotel.” She points out that the most conspicuous sign of this cultural change was when the hotels began to be profiled in local "information magazines" targeting young people. In 1994, a magazine for the Osaka area, Pia Kansai, ran a feature on local love hotels. This magazine issue was such a hit that it sparked similar features in other magazines that also sold extremely well. 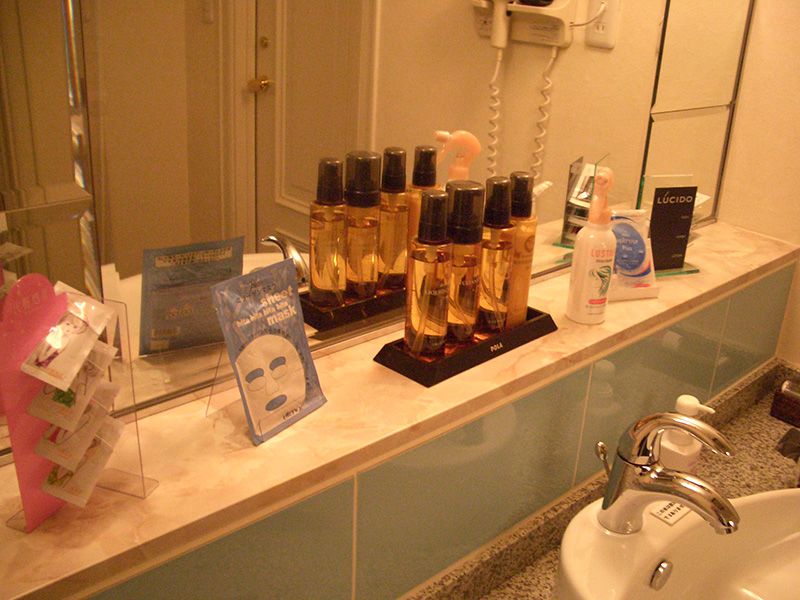 An array of items available for female guests at a love hotel. (Photo courtesy of Kim Ikkyon.)

Those features in such information magazines were quite different from the profiles that had been run in adult magazines, where sex had been the focus. Instead, the main point was to offer readers a sort of guide to love hotels, explaining the amenities available. This approach helped to make the hotels more accessible to women.

At the same time, the hotel owners themselves started to become better aware of their customers’ needs. Kim notes that this led them to finally begin competing among themselves to offer a quality of service that appealed to women. This was quite a contrast from the 1980s, when hardly any hotels were offering amenities aimed at women.

The focus on women has become particularly important considering the fact, as Kim’s observations confirmed, that around 90% of the time women are the ones to choose the room at a love hotel.

More love hotels these days are offering special, low-priced “ladies plans” for female guests who simply want to spend the night at a hotel. This offers guests a resort-like experience, with upscale amenities such as esthetic services and gourmet meals. Hotels hope that women who take advantage of these plans will end up as return customers, bringing along a male companion the next time. It is a strategy that has become necessary as hotels struggle to attract enough guests. Clearly women are now the driving force as far as choosing not only the specific room but the hotel itself.

Signs listing the room prices. A couple can spend the night at a love hotel for around the same price as a single room at an ordinary hotel.

As love hotels have gotten simpler, to the point where they hardly stand out anymore, regular hotels are adding some elements borrowed from love hotels, Kim notes. Urban hotels and hot-spring resorts, for instance, have introduced limited “day-use” rates in the hope of attracting more couples.

Hotels Look to the Future 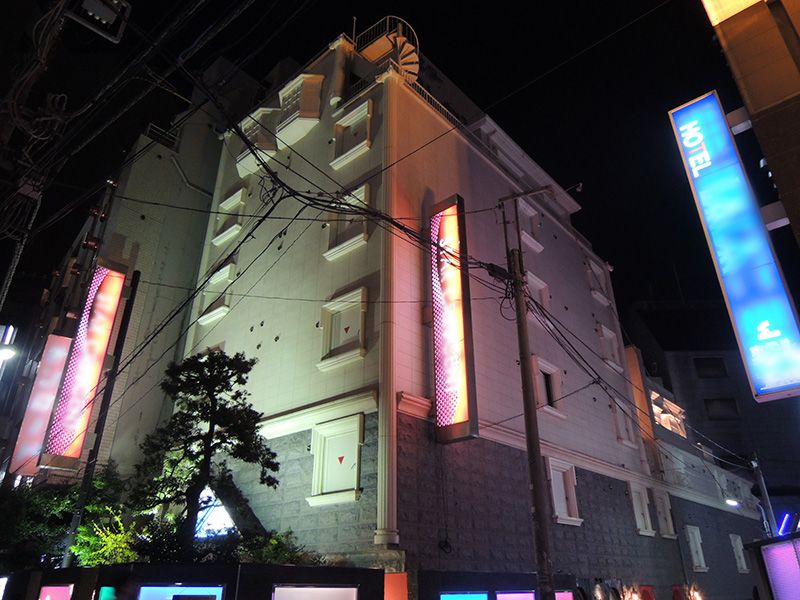 The regulations placed on love hotels became stricter after the Entertainment Business Law was again revised in 2010. As the boundary between love hotels and regular hotels weakens as a result, what further changes can we expect among (de facto) love hotels? Kim says that the hotel owners are adapting by promptly introducing the sort of devices and amenities that people would be interested in having in their own homes. But improving such offerings will not be enough to attract hotel guests.

“Hot-stone spas are a popular amenity at love hotels these days, but whatever the case may be, the important thing is to keep an eye on customer trends,” Kim points out. “It is a constant effort for the owners to stay ahead of the curve and always offer things that suit the times. It is fun for me to try and imagine what love hotels will be like in ten or twenty years from now.”

In looking to the future, some of the keywords within the industry that Kim has learned through conversations with insiders include a focus on relaxation for the elderly, fashioning optimal private spaces, improving design, diversifying functions, and appealing to foreign guests. These points of emphasis coincide within many of the social and economic issues that Japan will be facing in the years ahead.