Itō Toyoo and the "Minna No Ie" Project

Society Culture May 22, 2013
The Minna No Ie project is an attempt to consider what the architectural profession can do to assist reconstruction efforts in regions of Japan impacted by the 2011 earthquake and tsunami. Katō Jun, a writer specializing in architecture, met with Itō Toyoo, the driving force of the project, to find out more. 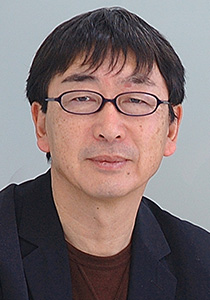 Architect. Born in 1941. Graduated from the Department of Architecture at the University of Tokyo in 1965. His major architectual works include Sendai Mediatheque, Tod’s Omotesandō Building, and the 2009 World Games Stadium in Kaohsiung in Taiwan. He is currently working on the Taichung Metropolitan Opera House in Taiwan and the Minna No Mori Media Cosmos project in Gifu Prefecture. Recepient of numerous awards, including the Prize of the Architectural Institute in Japan, the Golden Lion of the Venice Biennial, and the Royal Gold Medal from the Royal Institute of British Architects. In 2013, he was awarded the Pritzker Architecture Prize, often described as the “Nobel Prize of architecture.”

The Role for Architecture

Over two years have passed since the earthquake and tsunami of March 2011. Today, authorities continue to clear the rubble and debris that was left along the coastline in the wake of the tsunami. And those forced to live in temporary housing units still face many physical and mental challenges, having lost their communities and experiencing increasing isolation. 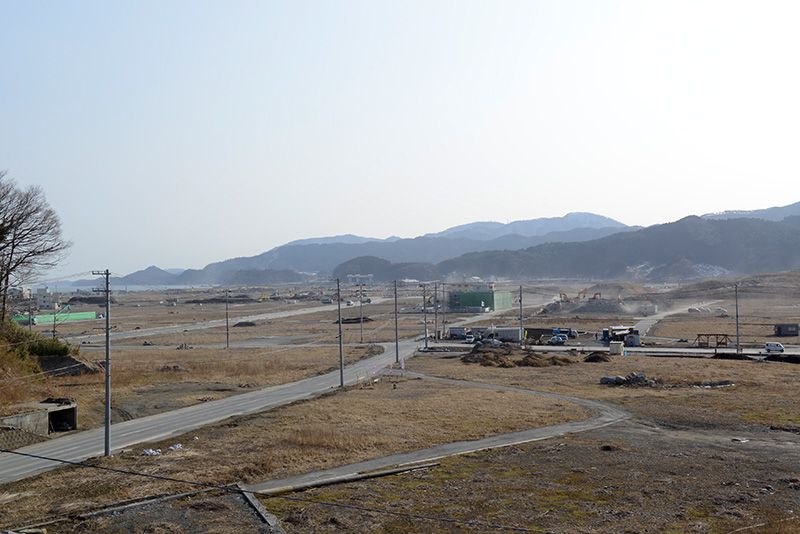 Many architects were eager to play a role in the reconstruction effort following the unprecedented disaster. One who joined the effort early on was Itō Toyoo, the celebrated head of Toyo Ito and Associates. Over the past two years, he has been involved in two projects in particular. The first is based in Kamaishi, Iwate Prefecture, where Itō advises reconstruction planning. The second initiative he is involved with is Kishin No Kai, a group of architects that meets to discuss what the profession can do to assist the rebuilding effort. During the discussions between the group members, who include the architects Kuma Kengo, Sejima Kazuyo, Naitō Hiroshi, and Yamamoto Riken, the idea was proposed to create “Minna No Ie,” also called the “Home for All” project.

As its name suggests, the project’s goal is to build gathering places for communities. After seeing people living in temporary housing units, Itō had a strong desire to build a place where people who had lost their families could gather, talk with neighbors, eat and drink, and raise each other’s spirits. He also hoped such places could serve as a forum for residents to discuss future plans for their communities.

The earthquake and tsunami destroyed towns that had been built in line with the modern values of a market-based economy and rationalism. And the disaster shook that social system to the core. When Itō came face to face with the scenes of devastation he found himself pondering such fundamental questions as “What is architecture and who is it meant to serve?” The conclusion he reached was that architecture would have to transform itself—and the Minna No Ie project is the concrete manifestation of this belief.

Under the project so far, three houses have been built in Iwate Prefecture and three more in Miyagi Prefecture; there are also several other houses under construction. Although the design of each house is different, all were the result of the same collaborative approach, where the builders and intended users exchanged ideas and suggestions. After listening to the requests from the inhabitants temporary housing units, the architects worked with designers, students, builders, and local residents to complete the construction.

Winning the Top Award at the Venice Biennial 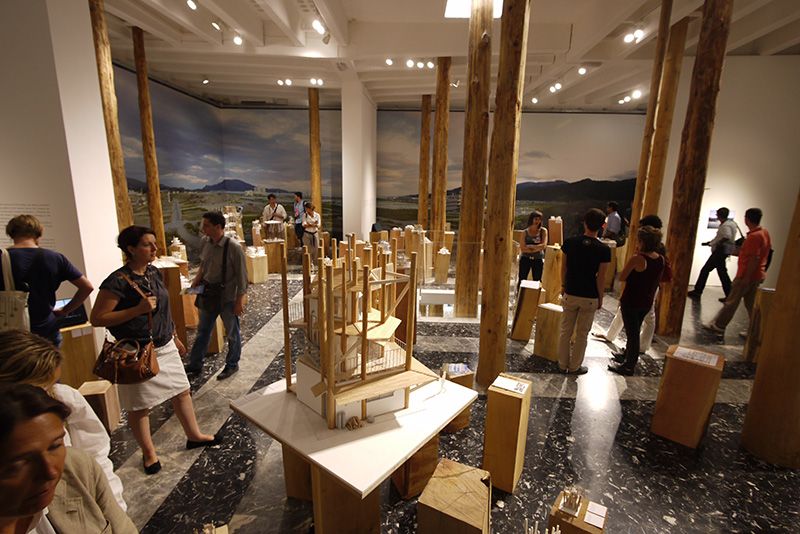 The Japan Pavilion at the Venice Biennial. (Photo by Hatakeyama Naoya; courtesy of the Japan Foundation.) 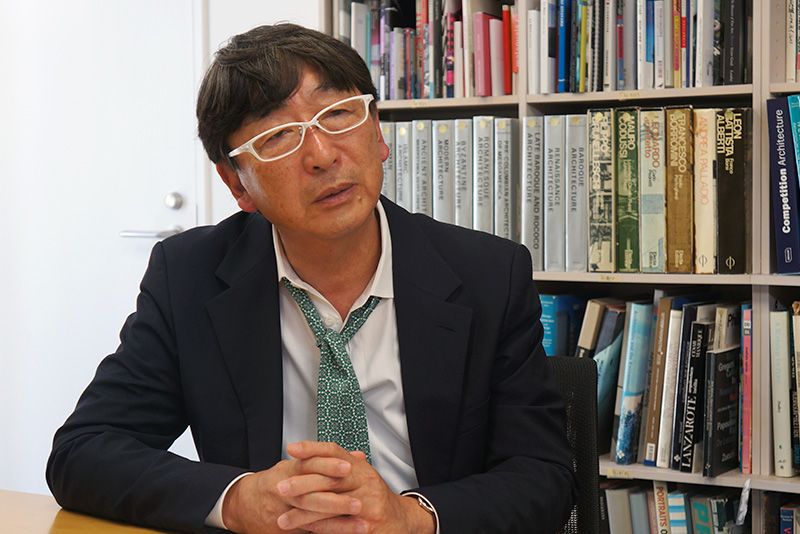 In 2012, models of the house built under the project in Rikuzentakata, Iwate Prefecture, were displayed in the Japan Pavilion at the thirteenth Venice Biennial of Architecture, under the theme “[Is] Architecture Possible Here?” Using models and small mockups, the display documented the roughly one-year construction process, from the initial discussions through to the completion of the building work. Nearly 120 models were used, showing the gradual development of the project over time, culminating with the completed building. The architectural work, which has been praised for going beyond the level of simple construction, was awarded Il Leone d’Oro (Golden Lion), the top prize at the Biennial.

The design for the home built in Rikuzentakata came from three young architects: Inui Kumiko, Fujimoto Sōsuke, and Hirata Akihisa. Itō was the commissioner of the Japan Pavilion and was the one who came up with the project’s collaborative approach. He called on a photographer originally from the region, Hatakeyama Naoya, to join the team. Having several architects work on the design of a single building, without a clear division of roles, is quite rare. This is because the clash between the idiosyncrasies and personalities of each architect is likely to muddle the design concept, resulting in a building that falls between two stools. Despite that risk, Itō decided that he wanted to have young architects involved in the design debate, while he would just act as a sort of mediator.

The trials and tribulations that the project’s three architects experienced are clear from the enormous number of models displayed at the exhibition and from the comments written on the display panels. Each time a project member came up with a new idea it was like going back to square one, as Hirata explains: “I think that at the beginning, all of our personalities sprang forth at the same time. We wanted to come up with a new architectural form but we were just spinning in circles. And we were overlooking the viewpoints of the end users.”

Models that Hirata Akihisa used for the project proposals, moving from the initial model on the left, an intermediate model in the center, and the second-to-last model on the right. (Photos courtesy of the Akihisa Hirata Architecture Office.) 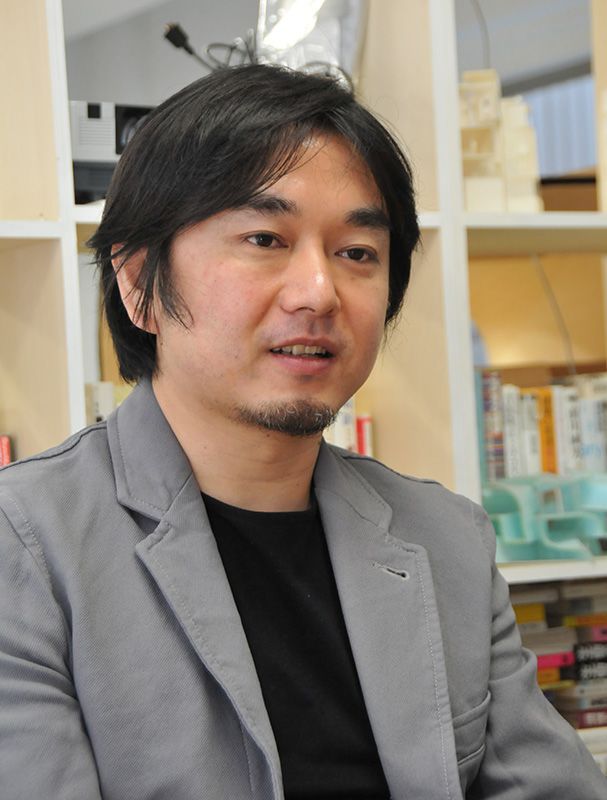 The turning point came when the architects met Sugawara Mikiko, who was playing a leading role among residents of a temporary housing complex in Rikuzentakata. The architects’ original plan had been to build the home on the grounds of the temporary housing, but Sugawara told them that she had found a better location and took them to it. They were led to a slightly elevated piece of land that bordered the hills that the tsunami had pushed up against and the flat expanse that it had washed over. The site affords a splendid view of the ocean. Sugawara suggested they construct a symbolic building where the dispersed community of Rikuzentakata could come together once more.

“We felt that the place we were trying to create—a place for people to gather and for the community to make a new start— also represented a new beginning for architecture,” Hirata explains. “When we looked at the role that the building needed to fulfill and became aware of our shared goals, the debate moved forward and we rapidly progressed toward a final design.”

The completed building contains a number of tall round wood pillars, arranged vertically, each about 60 cm in diameter. The rooms lie in between these beams, giving the appearance of castle turrets. Visible from a great distance, the 19 pillars thrusting toward the sky serve as a symbol of reconstruction and restoration. They are made from the cedar trees from the Kesen district of Iwate Prefecture. The trees had withered and died due to saltwater damage sustained from the tsunami. The ground level of the building has an earthen floor and is furnished with a kitchen and a log-burning stove. On the second floor there is a small Japanese-style room and a series of platforms outside that spiral up to an observation deck at the top.

Views of of the house in Rikuzentakata.

The pillars surround small spaces and the configuration of the building means that there is no clear border between the inside and the outside. Looking at the blueprints and photographs alone does not give an adequate idea of just how pleasant and comfortable the building is, which reflects the careful attention given to the ways people act and interact. 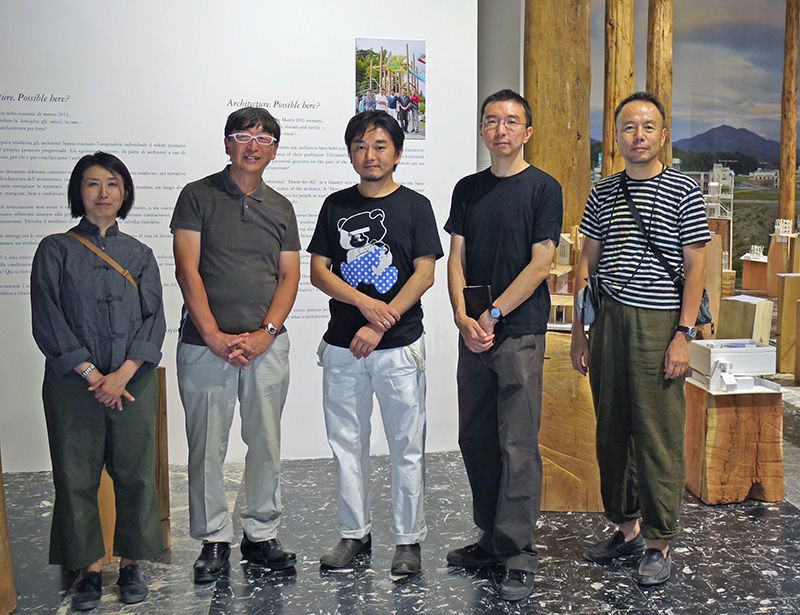 “We didn’t know how it would turn out in the end,” Itō recalls, “but as we continued our discussions and design efforts we managed to overcome our differences.” Even though the building was designed by architects with strong personalities, the final result stemmed from the larger goal that was pursued, rather than being the outcome of individual creativity. In this sense, the process was similar to the collaborative Japanese poetry, renga, which involves numerous poets working together.

The Minna No Ie project could not have come about without the specific circumstances of the March 2011 disaster; but, at the same time, it addresses more universal themes regarding the funamental role of architecture. In this sense, the project can serve as a valuable model in the wider world.

The project winning the coveted Golden Lion at the Venice Biennial has helped to generate a lot of outside interest. It was not the first time for Itō to receive that prize, having won it back in 2002, but he says that to win it as part of a team brought him far greater happiness.

The collaborative essence of the project, with its emphasis on personal relationships, reflects an important shift in the Japanese mindset after the 2011 disaster—as people became more aware of what is important in life. This change makes it more important than ever for architects to step forth and make a positive contribution to society. 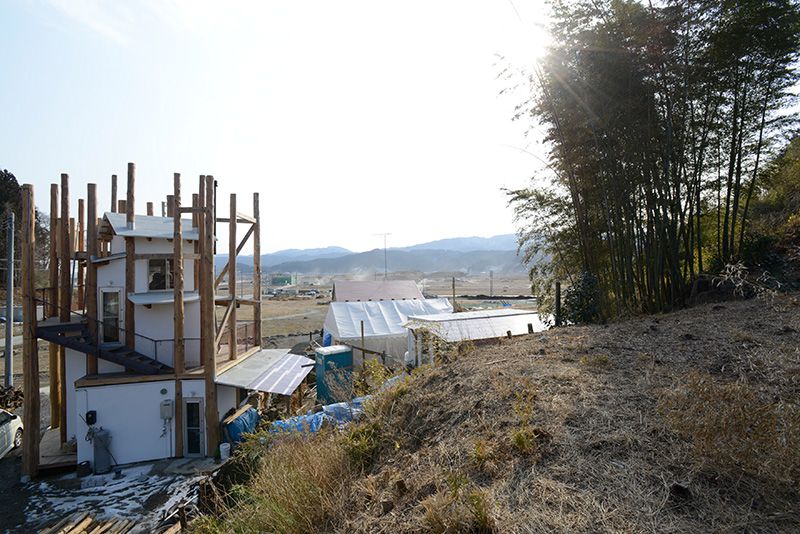