Adults Also Welcome on the Cat Bus to the Ghibli Forest

Culture Jul 20, 2016
Ghibli Museum, Mitaka, has been in operation since 2001. Its latest annual exhibition selects some of the highlights from past years.

Miyazaki Hayao’s next animation will not be released in theaters. The great director, who has retired from making feature films, is working on the short animation Kemushi no Boro (Boro the Caterpillar). When it is complete—and that is still some way off—it will be shown exclusively at Ghibli Museum, Mitaka, in Tokyo.

Miyazaki, who is the executive director of the museum, was determined that the building itself should be “put together as if it were a film,” and displays should be “a place where visitors can enjoy by just looking, can understand the artists' spirits, and can gain new insights into animation.”

The museum opened to the public in October 2001. The theme of the first annual exhibition was Ghibli Studio’s film Spirited Away, which was then showing in theaters. Almost every year after that, there has been a new exhibition, including Heidi: Production Artists at Work Exhibit in 2005, Ponyo on the Cliff by the Sea: Making a Film with Pencils in 2009, and The View from the Cat Bus: A Special Exhibition in 2011.

After two months of renovations, the museum reopened with the new exhibition All Aboard! The Cat Bus to the Ghibli Forest on July 16, 2016. Planned and overseen by Miyazaki, it revisits past themes with a collage of items and images from all of the museum’s 14 exhibitions to date. This includes old favorites like the gigantic Three Bears and a Cat Bus both adults and children can ride—which is considerably larger than the kids-only kitty in the museum. 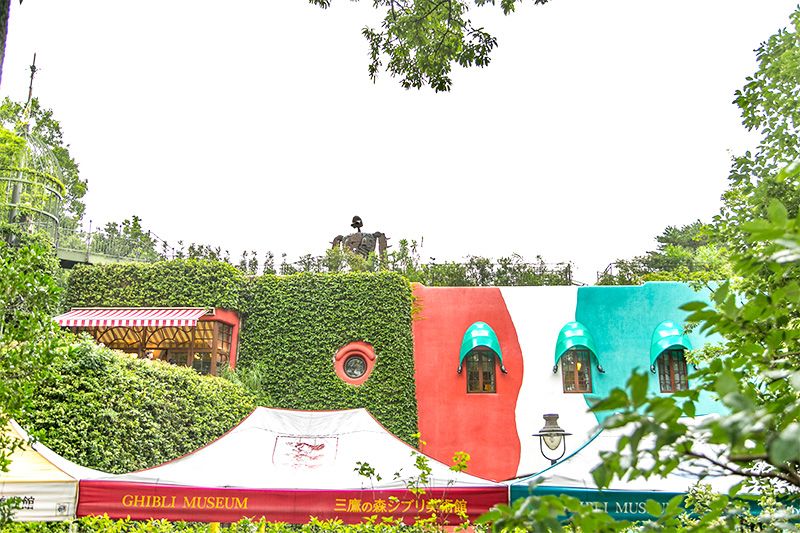 The five-meter tall robot soldier from Laputa: Castle in the Sky looks over Ghibli Museum, Mitaka. 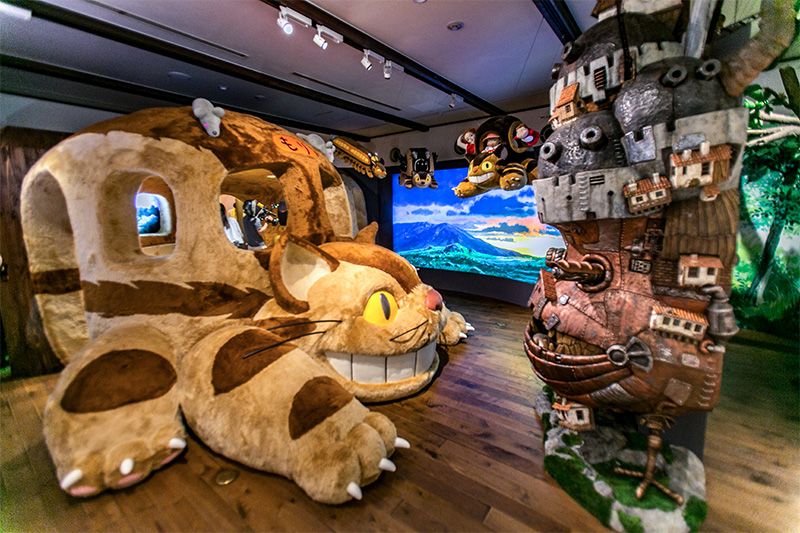 Adults are also allowed to ride the Cat Bus from 2011’s exhibition. 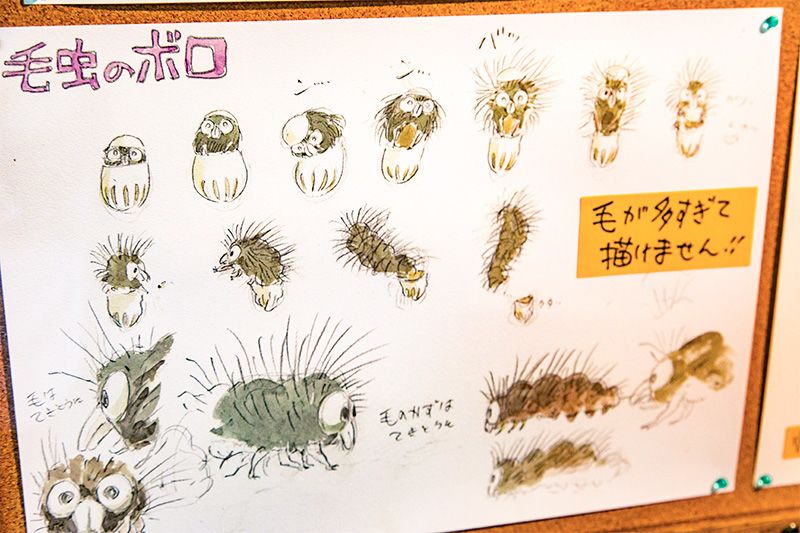 All Aboard! The Cat Bus to the Ghibli Forest

Saturday, July 16, 2016 through May 2017 (closed on Tuesdays and some maintenance or holiday periods)

This exhibition examines the imaginary buildings that feature in Studio Ghibli films. Overseen by architect Fujimori Terunobu, it invites visitors into the world of the famous animation studio with around 450 pieces of production art.

This exhibition displays around 1,300 layout designs for Studio Ghibli films from Nausicaä of the Valley of the Wind (1984) to When Marnie Was There (2014).

Suzuki Toshio, the producer who helped shape the Studio Ghibli vision, drew inspiration from the ghost paintings of Itō Seiu. An exhibition this summer includes his comments on the works selected. Although not directly connected with Studio Ghibli animation, it may be of interest to fans. Itō brought scenes from ghost stories to life through his art. This exhibition displays his keen observation and mastery of the brush through works mainly from the collection of rakugo storyteller Yanagiya Kosan V.

(Originally written in Japanese and published on July 20, 2016. Photos by Ishihara Atsushi)