Culture Nov 17, 2016
Three years after Miyazaki Hayao announced his retirement, Hosoda Mamoru and Shinkai Makoto have inherited his mantle as the most influential anime directors in Japan. In the first of a two-part series, we look at the flourishing career of Hosoda Mamoru.

End of an Era

In 2013, shortly after the release of Kaze tachinu (The Wind Rises), legendary anime director and Studio Ghibli co-founder Miyazaki Hayao stunned fans with the news that he was retiring from making feature films. A year later, Ghibli announced that it was disbanding its production department following the release of one final film, Omoide no Mānī (When Marnie Was There), directed by Yonebayashi Hiromasa. Ever since Mononoke hime (Princess Mononoke) smashed Japanese cinema records by taking ¥19.3 billion at the box office in 1997, Miyazaki and his studio had released a steady succession of megahits that grossed ¥10 billion or more each. Ghibli was a behemoth whose films became central to the profitability of the entire movie industry as a whole. With these two announcements, a golden age came to an end.

A decade has now passed since 3D computer graphics became the mainstream choice for commercial animation worldwide, led by major studios like Disney and Pixar. By contrast, Studio Ghibli and its Japanese peers base their films on a tradition of hand-drawn animation that goes back in a direct line all the way to Hakujaden (The Legend of the White Snake), the first animated film released by Tōei Animation in 1958. They use 3D to complement 2D in a hybrid system. Does the decision to disband Ghibli’s production studio signal the beginning of the end for Japan’s distinctive anime tradition?

What does the future hold for Japanese anime? Hosoda Mamoru and Shinkai Makoto—two directors who have made extraordinarily popular films over the past two years—perhaps suggest an answer. In these articles, we take a look at some of the qualities that make their work distinctive.

Rivaling Ghibli at the Box Office

Hosoda Mamoru’s latest film Bakemono no ko (The Boy and the Beast) was released in summer 2015. It took ¥58.5 billion at the box office and drew a total audience of 4.59 million people. This was a smash success of Ghibli proportions. A selection of his work was highlighted in a section called “The World of Mamoru Hosoda” at the 29th Tokyo International Film Festival in late October, 2016. Hosoda is beginning to attract global attention as one of Japan’s leading directors.

Shinkai Makoto’s latest work is Kimi no na wa (Your Name). It has become a phenomenal hit, and is on its way to breaking all kinds of box office records. Since it was released on August 26 this year, it has been the top-grossing film for nine consecutive weeks, and has already overtaken Miyazaki Hayao’s Gake no ue no Ponyo (Ponyo) to become the fifth most successful anime ever, earning ¥16.4 billion by October 24. Given that only nine animated titles have ever grossed ¥10 billion at the box office in Japan, including US-made 3D-graphics hit Frozen, released in Japan in 2014, Shinkai’s latest film seems to be well on its way to making history.

Both these directors are likely to have a major impact on the way Japanese anime develops in the years to come. In what follows, I want to consider the paths that they have followed in their careers so far and the fictional worlds they depict in their work.

Turned Down by Ghibli

Hosoda Mamoru was born in 1967. Fascinated by film from an early age, he apparently wrote in his elementary school yearbook of his ambition to “become an anime director” at the age of 12. That would have been in 1979, just after the release of Miyazaki Hayao’s first film as director, Rupan san-sei Kariosutoro no shiro (The Castle of Cagliostro: Lupin III). It was around this time that the young Hosoda first read in a souvenir program about the original drawings that provided the basis for movie animations. The seed of a dream was planted.

After studying oil painting at Kanazawa College of Art, Hosoda applied for a job at Ghibli. He famously failed to make the cut but received a personal letter from Miyazaki himself. According to an interview with Hosoda in the Freestyle magazine, the gist of the letter was: “If we hire you now, we’re worried that it will end up being to the detriment of your talent. So we have decided to let you develop your gifts elsewhere for now.” In retrospect, this was a highly symbolic decision.

In 1991 Hosoda joined Tōei Animation and began his career as an illustrator and animator. In 1995, at the age of 28, he successfully applied for a transfer to the production department, fulfilling a long-held dream. From an early stage he attracted attention for the distinctive visual sense he displayed in production work on animated TV series. His movie director debut came with Digimon Adventure, a twenty-minute short that was shown at the Tōei Animation Fair in spring 1999. This marked the first time Hosoda had been challenged to come up with images dense and detailed enough to sustain interest on the big screen. In 2000 he attracted wider attention with a forty-minute sequel, Digimon Adventure: Our War Game!, whose contemporary graphics and subject matter were the perfect match for the digital, Internet age.

Immediately after this, Hosoda was temporarily assigned to Studio Ghibli. He started work on a version of Hauru no ugoku shiro (Howl’s Moving Castle), but the project was cancelled for a variety of reasons. (It was quite different from the Miyazaki film ultimately released in 2004.) In 2003, after he returned to Tōei, contemporary artist Murakami Takashi appointed Hosoda as director for a short promotional film for Louis Vuitton. Murakami was among the first to notice Hosoda’s special talent, having been an admirer since the days of Our War Game!

Tōei Animation mostly makes animations for children. They are “products” that conform to the wishes of the client and end users, and the studio churns them out a little like an anime factory. Paradoxically, this production-line ethos is balanced by a competing belief that anime films that lack individuality tend to be less successful commercially. Works that bear the hallmark of an individual creator often prove to be the biggest hits. It was this conflict that first drew attention to Hosoda’s distinctive gifts. 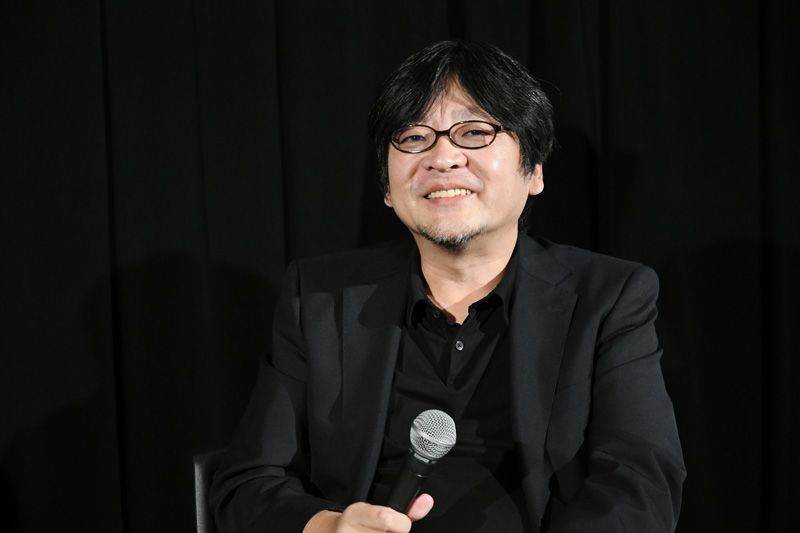 Hosoda interviewed at a screening for “The World of Mamoru Hosoda” at the 29th Tokyo International Film Festival. © 2016 TIFF

The Importance of Entertainment

Hosoda began to exercise creative control as an artist in his own right after he left Tōei and became independent. In 2006, he released Toki o kakeru shōjo (The Girl Who Leapt Through Time), a film made with production work by Madhouse. It is based on a late 1960s novel for young readers by Tsutsui Yasutaka, but adds a contemporary twist. Hosoda felt that high school students today would take the ability to travel through time in their stride and wouldn’t let it bother them the way it had worried the character in the original novel. Throughout the film, the main character Makoto acts and thinks positively and without hesitation, and demonstrates great bravery. The film depicts the passion and energy of youth, and presents young people as the embodiment of purity and honesty. 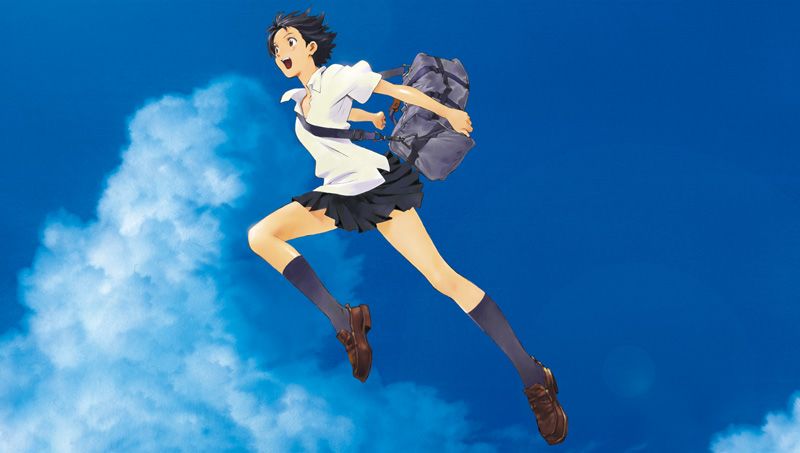 In the purity of the main character as she travels in time and space and fights to protect the people she loves, the film has much in common with some of the qualities that have helped to make Your Name such a huge hit. But also important are the basic foundations that Hosoda laid down during his time at Tōei. Having started his career as an illustrator, Hosoda has always been interested in the finer points of animation, such as layout and drawings. In this he resembles Miyazaki Hayao, another creator whose films were always driven by the fundamentals of animation as an art. In his early days as an animator, Hosoda was involved with a lot of feature productions. His work still shows the influence of the lessons he learned from senior animators of Miyazaki’s generation who came of age during the golden age of Tōei anime in the 1960s.

Another important ingredient in Hosoda’s success is the culture he absorbed during his apprenticeship at Tōei. The studio essentially regards itself as being in the business of producing mass entertainment, turning out samurai dramas and yakuza flicks for the grownups and stories about superheroes and witches for the kids. Since The Girl Who Leapt Through Time, Hosoda has released new films at three-year intervals: Summer Wars in 2009, Ōkami kodomo no ame to yuki (Wolf Children) in 2012, and The Boy and the Beast in 2015. All are permeated by the same strong sense of the importance of family ties and friendships and all three feature a character who overcomes a series of difficulties on the way to final vindication. In other words, they all follow the classic approach of mass entertainment, offering audiences release from their daily worries and depicting without embarrassment the growth to greater maturity of the main hero. Hosoda’s work remains firmly grounded throughout in the traditions of Tōei’s approach to entertainment. 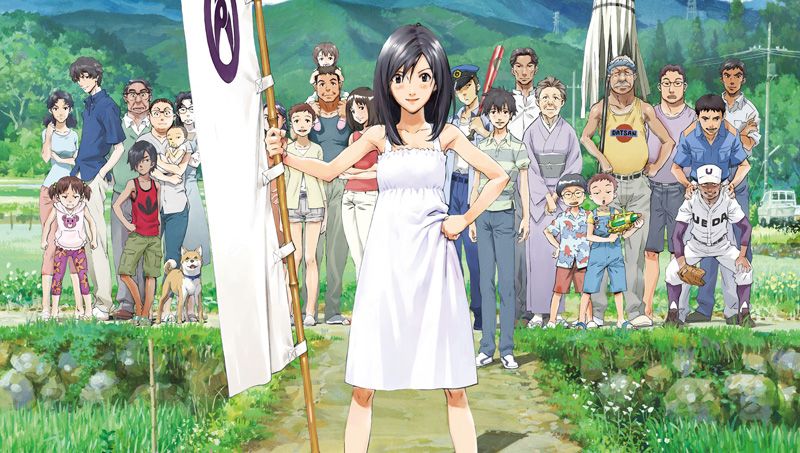 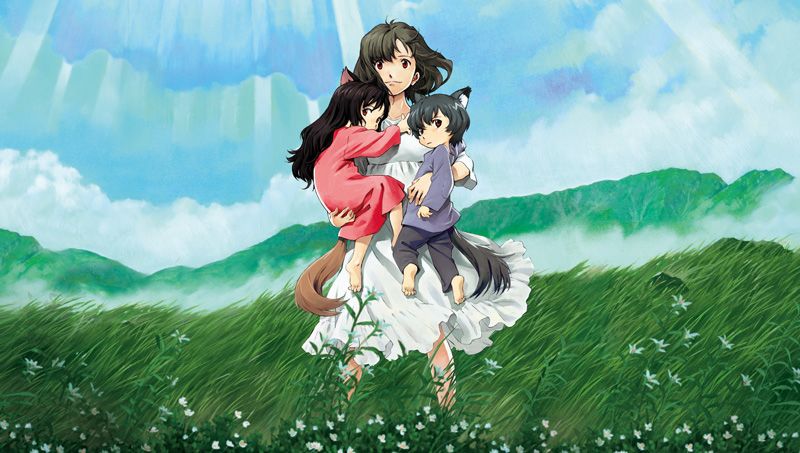 Hosoda began his career at Tōei, the home of Japanese commercial animation, and then left to follow his own path. He moved from drawing to production before becoming a director in his own right and eventually reaching a position of overall artistic control. By doing all this, Hosoda has followed the same career trajectory as Miyazaki Hayao. In that sense, he is keeping an important part of Japanese filmmaking tradition alive even as he continues to carve out a new path for himself.