Celebrating an Iconic Film Character at the Tora-san Summit

Society Culture Lifestyle Dec 14, 2015
The Tora-san Summit, held in Shibamata, northern Tokyo, drew 20,000 film fans over the course of a weekend in November, including some who even dressed up as the legendary traveling salesman.

The Otoko wa tsurai yo (It’s Tough Being a Man) film series tells the story of Tora-san, an itinerant salesman who, between trips to his hometown in the Shibamata district of Tokyo, spends his time wandering around Japan, and occasionally overseas, hawking his wares. Although perennially unlucky in love and the source of considerable trouble and uproar wherever he goes, Tora-san, played by Atsumi Kiyoshi, became an audience favorite, winning fans with his comic antics and heartfelt approach to life. A total of 48 films were made in the series between 1969 and 1995, with total theater attendance topping 70 million. Two decades have passed since the last installment, but the character remains popular, as demonstrated by this year’s inaugural summit.

The Tora-san Summit was held on the weekend of November 7–8, 2015, around Shibamata in Katsushika, an area in northern Tokyo where the home scenes of each film were shot. A committee made up of representatives from Katsushika and local residents planned the summit to promote the area’s connection to the films, attract fans, and encourage ongoing interest in the series. 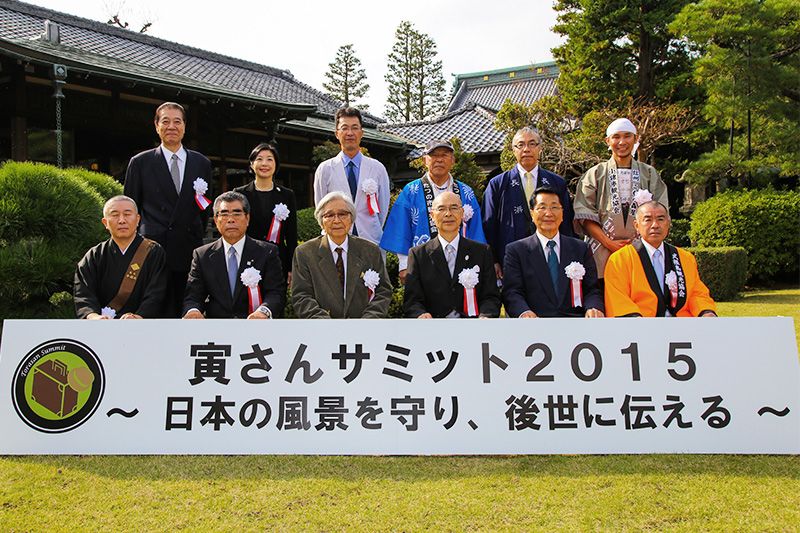 Locations visited by Tora-san during his travels include almost 200 municipalities, spanning the length of Japan from Hokkaidō to Okinawa. Representatives from 11 Japanese municipalities—and one from Vienna, Austria, which Tora-san visited in the forty-first film—took part in the summit with booths promoting local specialties and tourist attractions. The Japanese participants also presented a joint statement on the need to preserve for future generations the beautiful local scenery captured in the films.

Yamada Yōji, who directed almost all of the films, spoke at the opening ceremony, saying, “I hope that this summit will continue for many years, that fans will not forget Tora-san, and that they will come here to Shibamata.”

Yamada Yōji speaking at the opening ceremony (left) and talking with people at the event (right).

Visitors to the summit had the chance to enjoy local products from the various locations featured in the series, visit stalls introducing local crafts, and listen to presentations on the places where Tora-san’s wanderings took him. Local restaurants offered up Tora-san-themed menus featuring ramen, dorayaki sweets, and other treats along with regional specialties. Around 20,000 fans attended, including enthusiasts dressed up as Tora-san himself. Encouraged by the success of the event, the committee announced it plans to hold the summit again next year with representatives from an increased number of municipalities. 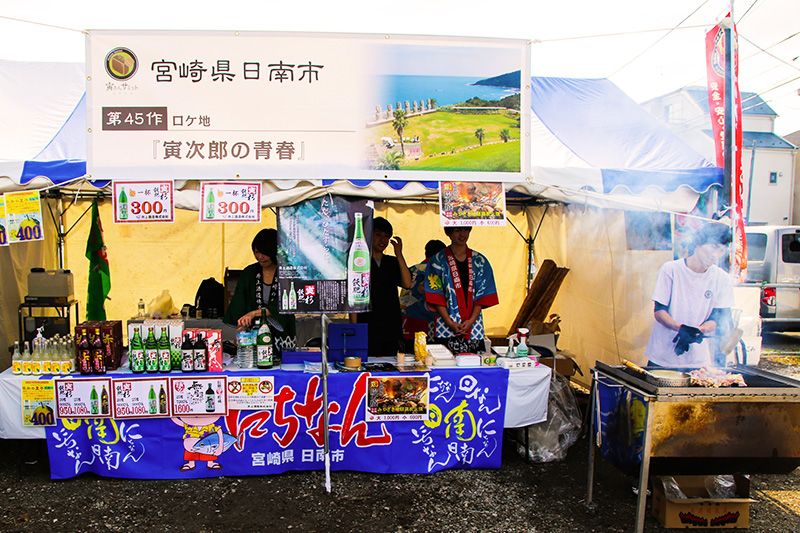 A booth promoting products from Nichinan, Miyazaki Prefecture, which was featured in the forty-fifth film. 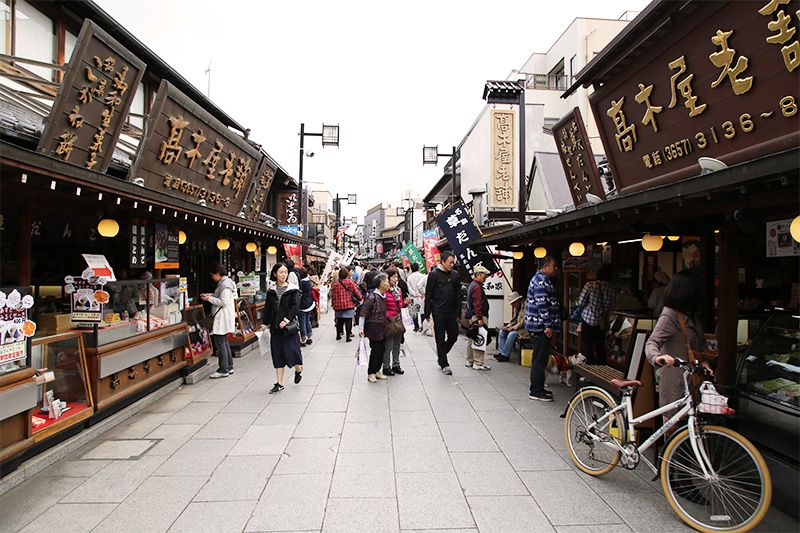 The shopping street in Tora-san’s neighborhood leading up to the Shibamata Taishakuten Buddhist temple. 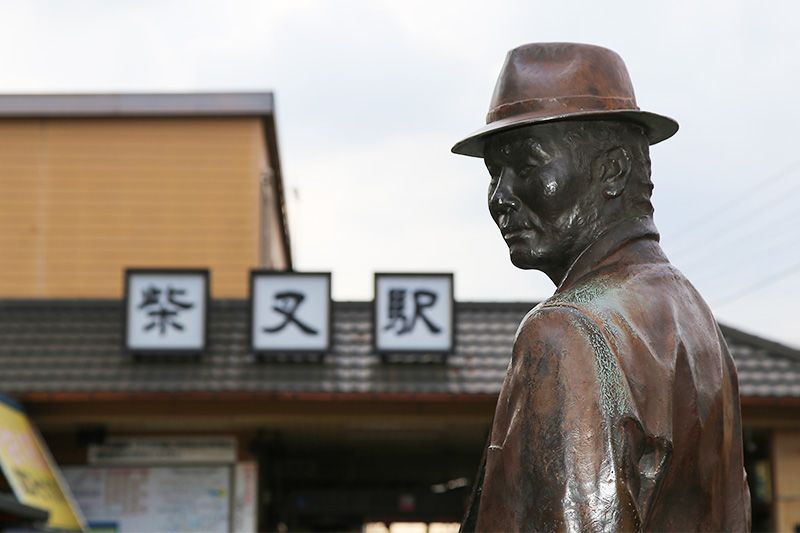 A statue of Tora-san stands outside Shibamata Station.

(Originally written in Japanese and published on December 2, 2015. With thanks to the Tora-san Summit Organizing Committee and Shōchiku.)