Society Dec 12, 2017
As tightened legislation increasingly limited yakuza activity from the 1990s, new criminal groups emerged to fill the gaps. The most notorious of these hangure gangs was Kantō Rengō, whose name resounded through Tokyo streets in the 2000s and early 2010s. One of its former bosses, Shibata Daisuke, presents an inside view.

Yakuza groups and bōsōzoku motorcycle gangs are long-established parts of Japan’s criminal world. A new type of criminal organization has emerged, however, which is known as hangure and typically made up of former bōsōzoku members. The most notorious of these groups, Kantō Rengō, was active mainly in Roppongi and nearby areas in Tokyo.

Kantō Rengō was originally an alliance of biker gangs. Although the group disbanded as bōsōzoku in 2003, it effectively continued to operate for around a decade, running telephone scams and other criminal activities.

Sometimes in opposition to yakuza gangs and sometimes effectively wielding the gangs’ strength, the hangure are more capable of blending into ordinary society. For an inside view, we interviewed Shibata Daisuke, a former Kantō Rengō boss who has written three nonfiction books about the group under the penname Kudō Akio.

INTERVIEWER First of all, who exactly are the hangure?

SHIBATA DAISUKE Adult hoodlums used to join yakuza organizations. This was a natural progression. But these hangure gangs operate without affiliating themselves to a yakuza group. The term was coined by the journalist Mizoguchi Atsushi. Han means “half,” while gure refers to both “gray zone” and the verb gureru, “to go bad or delinquent.” These criminals don’t belong to established yakuza groups, but they don’t have legitimate employment either. They make their living from violence or engage in crime on the side, in addition to their main job. So they’re half in the gray zone, or half delinquent. But in fact, the word is quite ambiguous, as the nature of the groups can vary a lot by region or by degree.

INTERVIEWER Why did they stop joining the yakuza gangs?

SHIBATA As toughened legislation sent yakuza power into decline, the younger generation saw the world differently. For people like me, who were born and raised in Tokyo and started out in Shibuya or Roppongi, the yakuza lifestyle was not impressive. It was the classic route for a street tough, but it just didn’t seem appealing or cool to sign up for a position that would mean being severely restricted. More than that though, we thought it was smarter to get by with just simple force. I mean, we used to win street fights even against yakuza members. 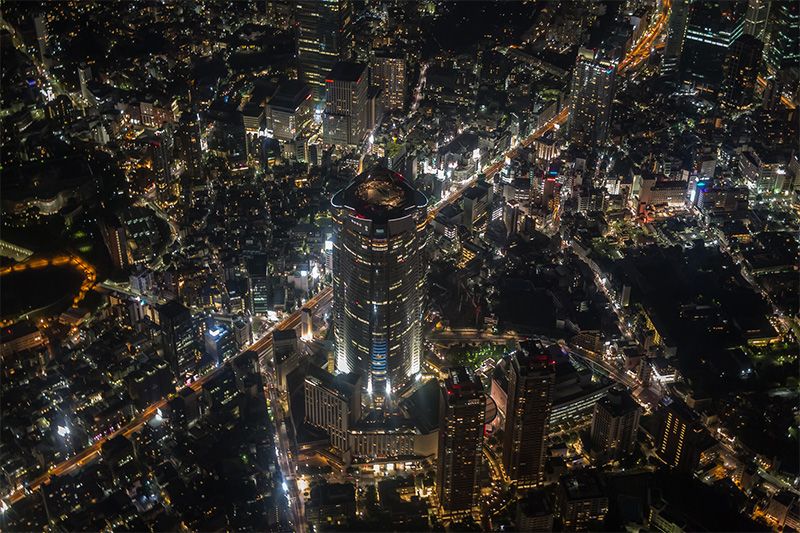 The Roppongi area at night. (Photo by Pochi/Photo Library)

INTERVIEWER Kantō Rengō’s financial resources and network set it apart from other hangure groups. How did it build its ties with big business?

SHIBATA The major reason for the unlikely union between establishment figures and a group of street hangure criminals was technology. During the IT bubble around the year 2000, many new industry entrepreneurs were regularly out on the town.

Meanwhile, the Kantō Rengō members had started out working as drivers and bodyguards for the heads of major entertainment agencies. By this time, they were starting their own businesses, like loan sharking, adult movie production, and IT. The different members were pushing forward with their own various businesses. I myself had a legitimate web advertising firm that was highly profitable and growing rapidly.

We were earning plenty, so we got to know the IT venture managers swaggering through flashy Tokyo districts like Roppongi and Nishi-Azabu with huge sums to throw around. They were fearless, full of energy—like us in many ways. Through them, we came to associate with company executives and wealthy members of the so-called establishment.

We weren’t the yakuza, but we were well known as uncompromising fighters. For the managers and entertainers out partying, it was a form of status to be escorted by our group of toughs, and we could be useful to them.

INTERVIEWER Increasing hangure violence hit the headlines. In 2010, there were incidents involving former sumō champion Asashōryū and kabuki star Ichikawa Ebizō. Then in September 2012, gang members beat a man to death in Roppongi. The Kantō Rengō leader at that time, Mitate Shin’ichi, was believed to be behind the attack. He fled overseas and is still on an international wanted list. So what makes Kantō Rengō different from established yakuza gangs?

SHIBATA Kantō Rengō didn’t have a strong organizational structure. It was a group of former bōsōzoku of roughly equal status controlled as a form of dictatorship by the powerfully charismatic Mitate. We didn’t have the yakuza’s pseudo-family of fathers and brothers established through drinking rituals. We were just acting together as the members of a gang.

We saw the yakuza as basically nothing to do with us. If there was a relationship, we thought of them as a possible tool. As the yakuza, their activities and associates were limited by antigang legislation, so they wanted to use young and energetic hangure as a way of extending their reach into everyday society. But at the same time, we were using them, and we always kept our distance. 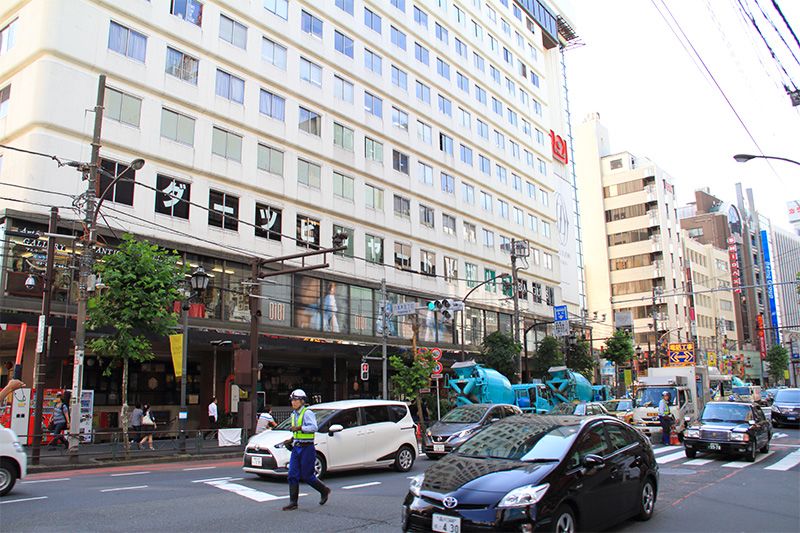 The building in Roppongi where Club Flower was based. 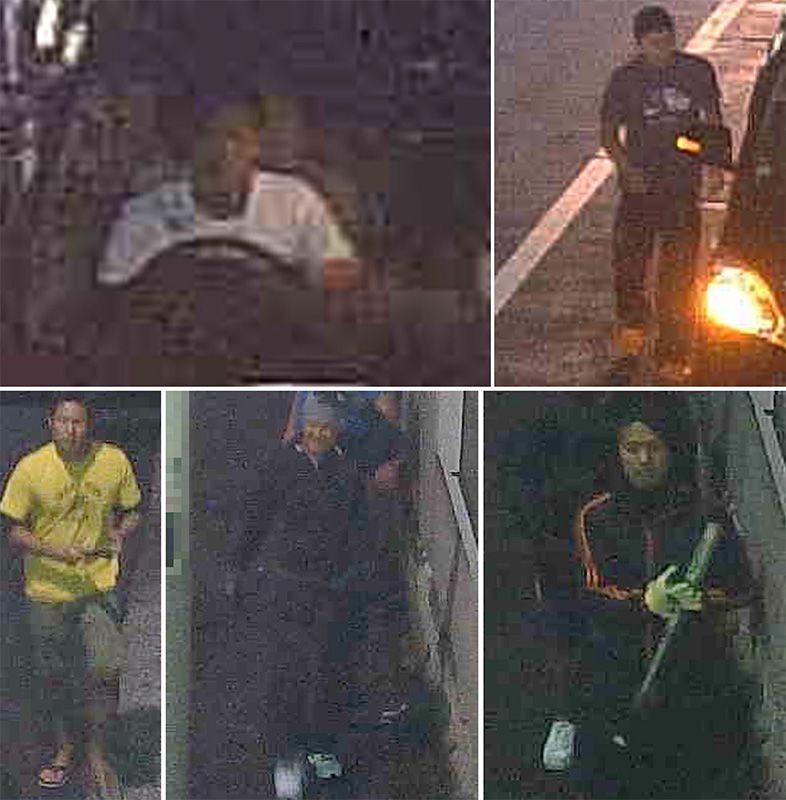 Images of suspects captured on nearby security cameras after the Roppongi club attack. The above pictures show drivers, while the bottom three show men who apparently took part in the assault. Taken around 3:40 AM on the morning of September 2, 2012. (Courtesy Tokyo Metropolitan Police Department; © Jiji)

Drawn to the Yakuza

INTERVIEWER How has the Kantō Rengō changed?

SHIBATA In 2008, a close associate of the gang was beaten to death by a hostile group in Shinjuku. This was the catalyst for the Kantō Rengō’s movement toward the yakuza. The lingering grudge led to the 2012 murder at Club Flower in Roppongi.

As the other group in the Shinjuku killing had links to organized crime, Kantō Rengō also made use of the yakuza, thereby entering its sphere of influence. Formerly Kantō Rengō had held its own as an equal, but it was now in a subordinate relationship.

Even so, while Mitate held absolute sway over the group, he maintained a kind of balance by varying the yakuza organizations he dealt with. After the Club Flower attack, though, he fled the country and Kantō Rengō lost its unifying force. Now almost all its members have merged into the Sumiyoshi-kai yakuza gang. Some have become part of the structure by paying fees, like front companies, while others have joined the gang directly as members. In that sense, the Club Flower incident was decisive in drawing Kantō Rengō into the yakuza world.

INTERVIEWER Japan’s major yakuza groups were designated as bōryokudan organized gangs in 1991 as part of antiyakuza legislation. In 2013, police introduced the new category of jun-bōryokudan (semi-organized gangs) for Kantō Rengō, Chinese Dragons—formed mainly of descendants of Japanese children left behind in China after World War II—and other non-yakuza groups, which were involved in growing numbers of criminal incidents from fraud and extortion to murder. What’s the state of Kantō Rengō today?

SHIBATA The name Kantō Rengō once resounded through the city streets, but the “brand” is effectively dead now.

Following the Asashōryū and Ebizō incidents, people started to think the gang was no different from the yakuza. Ordinary citizens took a step back. When the police applied the jun-bōryokudan label after the Club Flower murder, there was no longer anything “gray” about the Kantō Rengō. It had used its extensive financial resources and connections to operate on an equal basis with the yakuza, and was independent both economically and socially, but it brought on its own demise with that killing.

INTERVIEWER Will the hangure continue as a criminal force?

There are still hoodlums calling themselves Kantō Rengō, but they’re younger followers who never actually belonged or people who were on the periphery with almost no real connections. But Chinese Dragons and others are still formidable and there are some strong groups in Kansai too.

And since the focus fell on the hangure, increasing knowledge about them, there’s been a trend of new gangs forming from groups that were previously not so prominent or so criminal in nature. They go out wearing the latest fashions and egg each other on to more serious misdemeanors. As they don’t have any organizational ability or name for themselves, they may end up being absorbed into the structure of the yakuza, which is being forced ever further underground by tightening regulations.

(Originally published in Japanese on October 10, 2017. Reporting and text by Power News. Banner photo: A wanted poster for former Kantō Rengō leader for Mitate Shin’ichi posted by the Azabu branch of Tokyo Metropolitan Police Department, offering up to ¥6 million in reward money.)