Economy Society Apr 8, 2015
Local governments in Japan have been setting up “antenna shops” in Tokyo and other big cities to promote sales of specialties from their region. The shops are growing in number and have started to spread overseas. 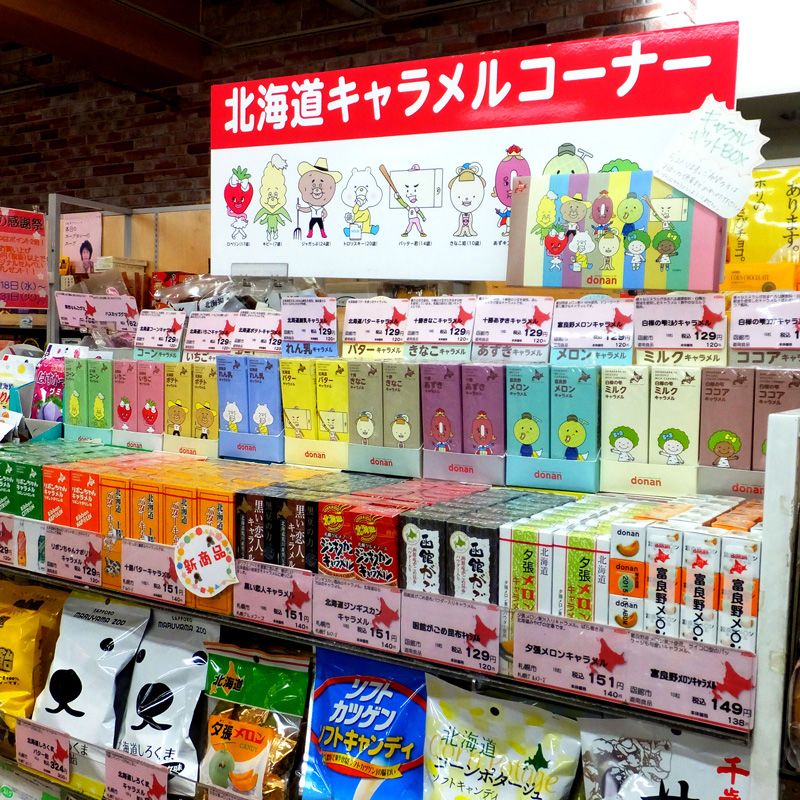 The Hokkaidō Foodist antenna shop in Yaesu, Tokyo, offers a selection of goods generally available only in Hokkaidō.

As Japan’s prefectures and municipalities seek to raise their profile and boost sales of local products, the growing number of regionally sponsored “antenna shops” in Tokyo, Osaka, and other major cities are playing an important role.

The Japanese term “antenna shop” (antenna shoppu) originally referred to outlets set up by corporations to display and sell their products with the principal aim of putting out feelers to assess consumer demand. However, it is now largely associated with shops promoting regional goods. These shops display and sell local items that are generally unavailable in metropolitan supermarkets, and some include eat-in facilities. They also function as publicity centers, offering information about the sponsoring region for potential visitors, and can serve as meeting places for natives of the region living in the big city.

As of April 2014, there were 52 antenna shops in Tokyo representing prefectures and municipalities around the country, and a further 6 opened before the end of the year. Apart from Tokyo’s own antenna shop, which opened its doors in 1991, the earliest shops established in the capital were for Okinawa and Kumamoto Prefectures in 1994. 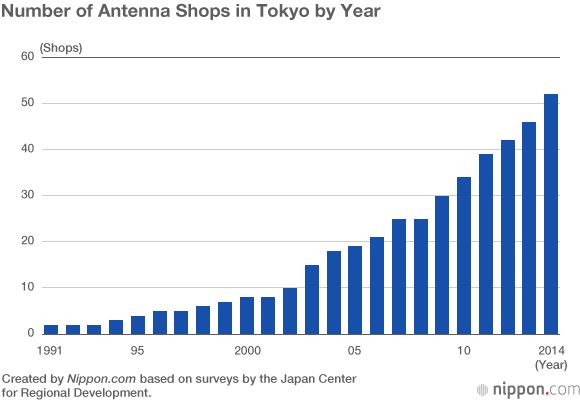 In Tokyo, the prime location for antenna shops, they are largely concentrated in the central Ginza, Yūrakuchō, and Nihonbashi areas. Walk from the Yaesu exit of Tokyo Station to Yūrakuchō and you can see signs for stores representing the prefectures of Hokkaidō, Fukushima, Ibaraki, Kōchi, Okinawa, Toyama, and Kagoshima, as well as the city of Toyooka. 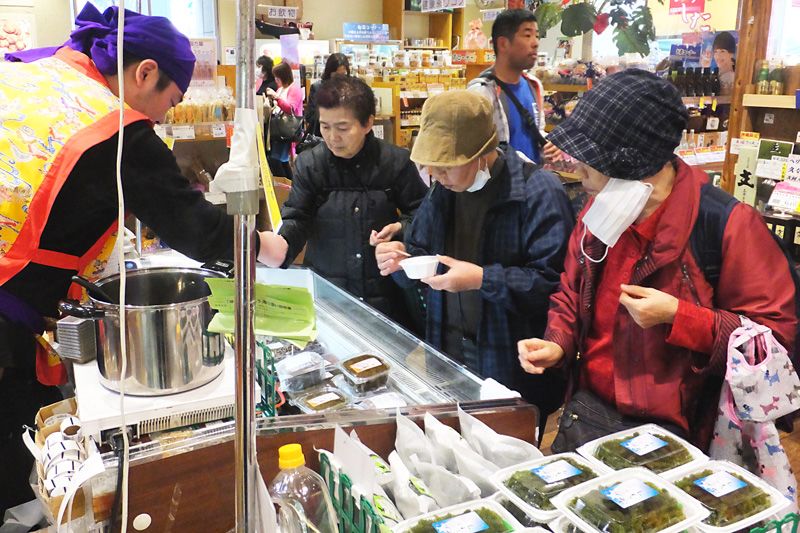 But in recent years antenna shops have been spreading out from central Tokyo to the wider metropolitan area. And sections dedicated to regional goods are becoming increasingly common in convenience stores and supermarkets. Shops are also seeking to cater to the growing numbers of foreign tourists visiting Japan by selling tax-free products and deploying English-speaking staff.

According to the Japan Center for Regional Development, most of the antenna shops in the capital have 100,000–500,000 visitors a year, but some of the most popular stores, such as those for Hokkaidō and Okinawa, attract more than 1 million customers and earn from ¥700 million to ¥1 billion in annual sales.

As the survey results in the table below indicate, prefectures and municipalities have many reasons for setting up an antenna shop.

Reasons for Establishing an Antenna Shop in Tokyo

Based on a 2014 survey of 52 prefectures and municipalities by JCRD. Multiple answers permitted.

Some local governments have even set up antenna shops outside Japan. In 2009, the four prefectures that make up the island of Shikoku joined forces to set up a shop in Shanghai, seeking new markets for food products by targeting affluent Chinese customers. Hokkaidō and the eight prefectures of the Tōhoku region have a joint shop in Hong Kong, which also seeks to attract tourists to the sponsoring prefectures. And Niigata Prefecture has established stores across the Sea of Japan in the Russian Far East, first in Vladivostok in 2012 and then in Khabarovsk in 2013. Prefectures have also experimented with temporary “pop-up” shops overseas: Hokkaidō set one up in Singapore, and Ōita in Wuhan, China.

For the past several years JCRD has been holding tours of antenna shops and seminars for foreigners who wish to pursue similar initiatives in their own countries. The participants have included representatives from African countries like Kenya, Nigeria, and Uganda, and Asian countries including Malaysia, Pakistan, and Fiji. More recently, representatives from the United States, Canada, Australia, the Philippines, and South Korea have also taken part, according to JCRD’s chief publicity officer Hatada Chizuru. 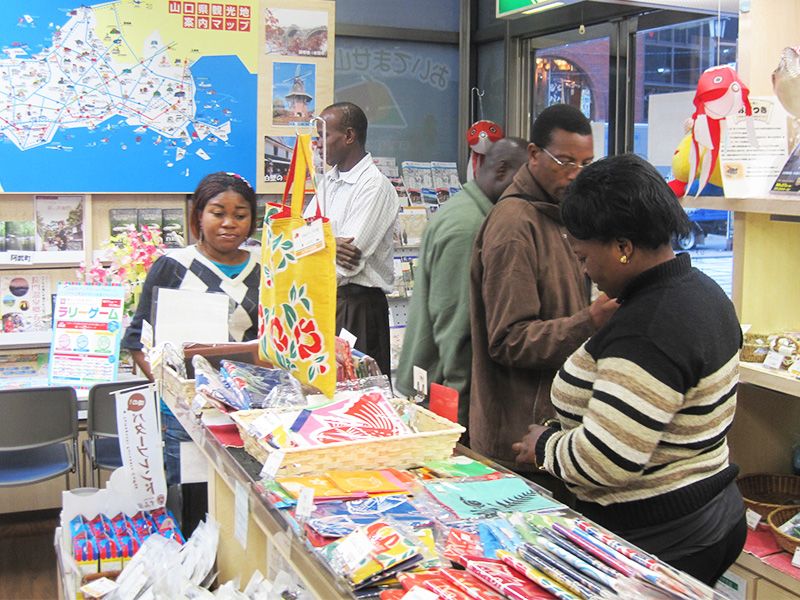 In February 2015, JCRD worked together with the online restaurant guide Gurunavi to produce an English-language pamphlet, “Local Specialty Shops 2015,” in preparation for the March launch of the Hokuriku Shinkansen bullet train service linking Tokyo and Kanazawa on the Sea of Japan. As well as providing a map of antenna shops, the pamphlet offers information on restaurants, bars, Wi-Fi, and tax-free stores.

This information will no doubt prove useful to international visitors, but antenna shops are still generally run mainly with domestic customers in mind. More effort is required to meet the needs of tourists from various other countries with foreign-language-capable staff and multilingual websites and restaurant menus.