Level of Nonregular Employment Remains High in Japan at 37.3%

Society Apr 16, 2018
More than a third of the Japanese workforce is working in nonregular positions. Factors underlying this situation include the increasing number of older people who become contract or temporary workers after retirement. 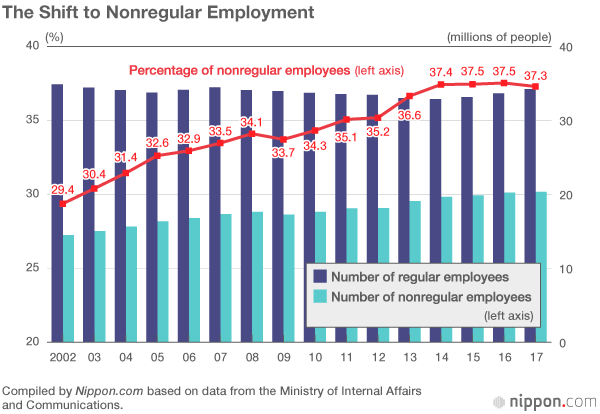 As Japan’s population drops, due to its falling birth rate, companies are facing an increased labor shortage, and struggle to secure needed employees. For this reason, more companies are hiring older workers, leading to an increase in the number of people who are working on a contract or temporary basis after retirement. This is thought to be one factor behind the persistently high level of nonregular employment in Japan.