Society Culture Jul 20, 2015
Traditional Japanese weddings were secular and held in the home, but today they usually involve some kind of religious-style ceremony, based on a traditional Shintō or Christian theme.

Many Ways to Marry

There are many kinds of weddings in Japan these days. Most commonly, though, a Christian-themed ceremony is followed by a reception held at a restaurant or hotel banquet hall.

Traditional weddings were very different. The ceremony was generally held in the home of the groom’s family, with the couple tying the knot surrounded by relatives in a ritual intended to strengthen the connections between the two families. After this civil or jinzen-style wedding, the bride would move in with her new husband’s family.

It wasn’t until around 100 years ago that religious aspects were added to what had been an essentially secular celebration. 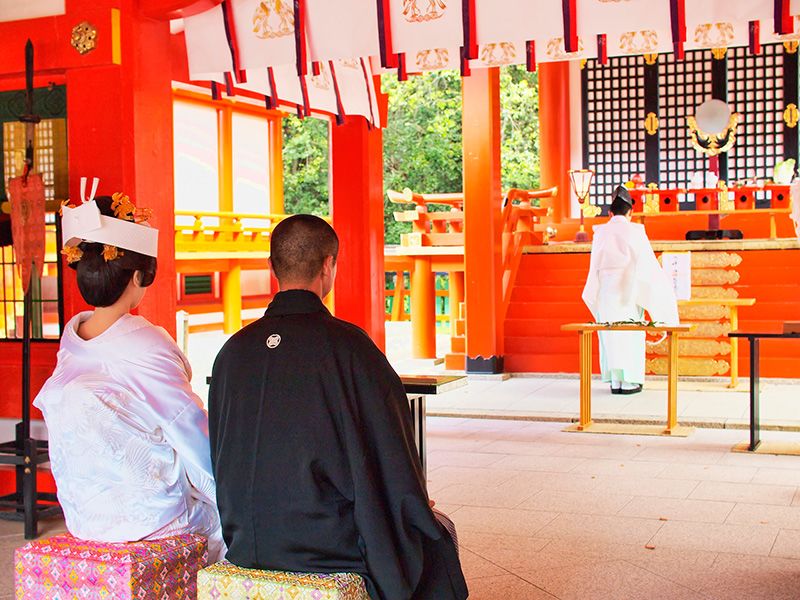 Today Christian-themed weddings are most popular, with 64.3% of couples choosing this style—although it is almost always just a style, rarely connected with the religious beliefs of the bride and groom.(*1) These are followed by civil weddings at 16.8% and Shintō weddings at 16.7%. A small number of couples opt for a Buddhist ceremony or for just getting the paperwork done with no ceremony at all. 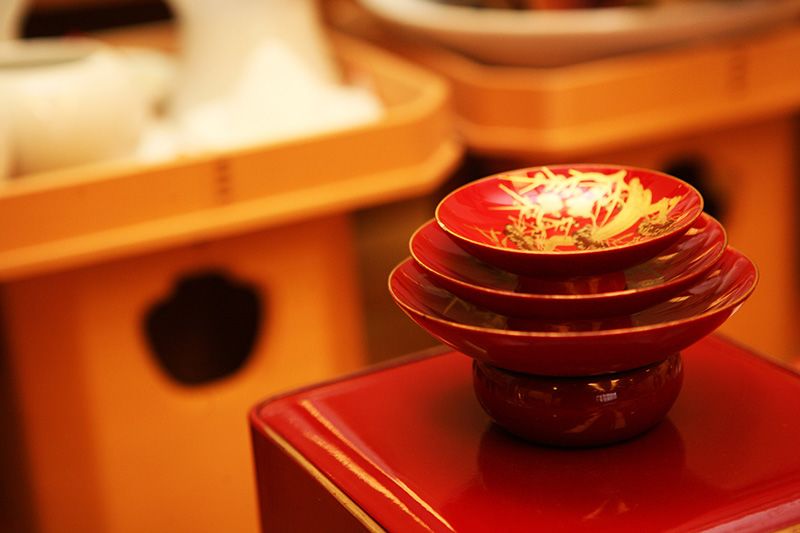 A Shintō, or shinzen, ceremony is held in the main building of a shrine. The presiding priest conducts ritual purification of the couple before announcing the marriage to the kami (deities) and seeking their blessing. The bride and groom then sip at three cups of sake of different sizes three times each in a ritual known as sansankudo. After the groom reads the wedding vows, the couple makes an offering of a sacred sakaki branch.

At Shintō weddings, the bride wears a kimono, which might be either pure white (shiromuku), colorful (iro uchikake), or the black (kurobiki furisode) worn at samurai weddings in the Edo period (1603–1868). The groom wears a black crested haori jacket and vertically striped hakama (loose, skirt-like pants).

Christian-style weddings can take place in genuine churches, but they are often held in special chapels attached to dedicated wedding venues or hotels. Some couples even opt for overseas locations when it is time to pick a venue. The bride typically wears a white wedding dress and the groom a tuxedo. Usually the couple’s decision of whether to hold a Japanese or Western wedding is based not on religion, but on preferences about what to wear and budget limitations.

Young people who do not have much money to spare may choose to hold a very simple civil ceremony, with just close friends and family, in a restaurant. 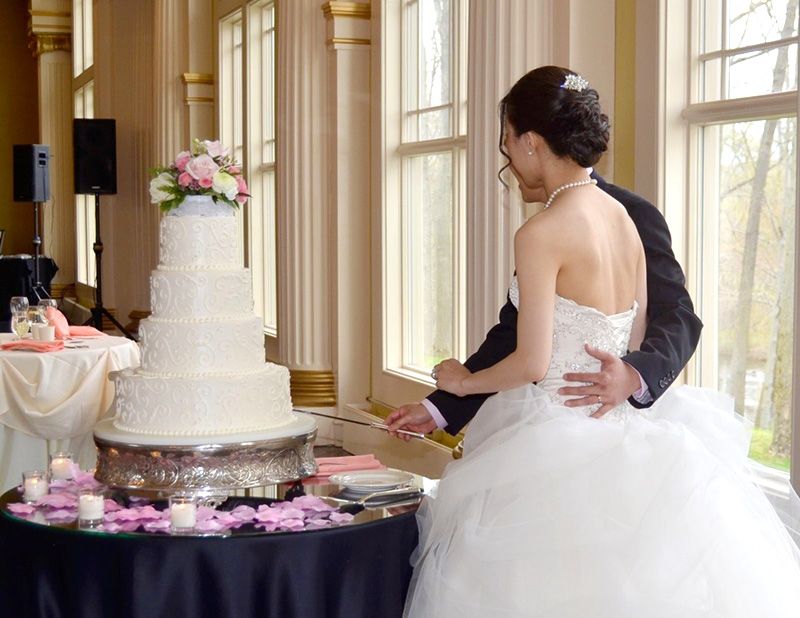 Bride and groom prepare to cut the wedding cake. 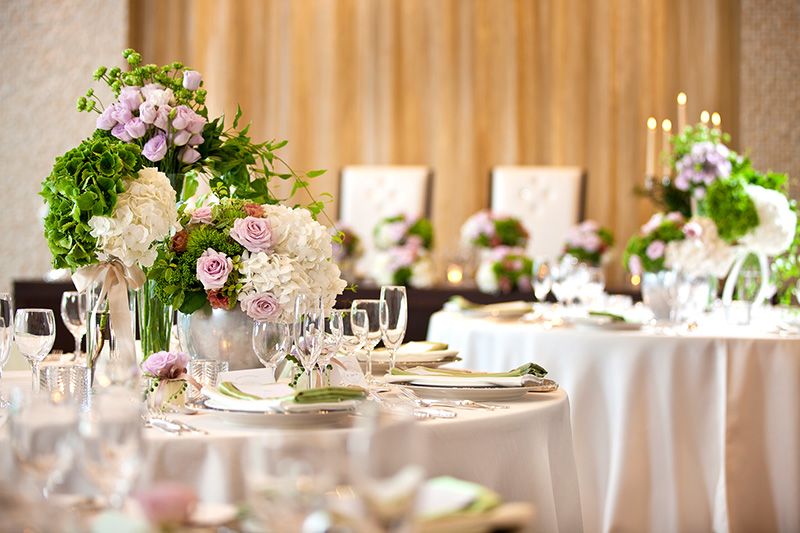 A reception hall before the guests arrive.

Recently, it’s become quite common to invite different guests to the wedding ceremony, reception, and after-party (nijikai). In this case, a select group of family and friends attend the wedding, while the reception is for work colleagues, clients, and other important business connections. Then friends of the bride and groom share the expenses and enjoy the more casual atmosphere of the after-party.

It is customary for guests to avoid wearing white, which is associated with the bride. Formal clothes—such as a suit for men (often black, with a white necktie) and a dress or kimono for women—are standard, even at a relatively casual ceremony held at a restaurant, and are preferable at the after-party too.

Guests should also bring a monetary gift known as shūgi for the wedding couple. Depending on the region, there may be a set fee for the reception instead, but according to one wedding magazine, friends attending the ceremony or reception prepare an average of ¥24,000–¥30,000 and family ¥47,000–¥65,000 as a wedding gift.(*2) Crisp, new bills are presented in a special envelope.