Society Culture Jun 5, 2015
The Akihabara district in Tokyo, once famous for electronics, is now a center for video games, anime, and other pop culture as well. Visitor will find maid cafés, cosplay devotees, and an abundance of specialty shops devoted to interests like figurines and manga.

A Haven for Electronics and Otaku

Tokyo’s district of Akihabara developed into the city’s bustling electronics quarter from a neighborhood known for its shops selling various types of scrap and recycled parts. Its famous “Electric Town” has weathered a number of shifts in consumer trends, including the bursting of Japan’s economic bubble in the early 1990s and a change in focus by established vendors toward large household electronics outlets in Tokyo’s suburbs. The introduction of Microsoft Windows sparked a personal computer revolution in Japan, reviving Akihabara’s fortunes and transforming it into an epicenter for hardware and software. Electronics remain at the heart of the neighborhood and component hunters still congregate to search for difficult-to-find items. In fact, it is said that with skill and diligence, a tech aficionado can scour the treasure-trove of shops in the area and piece together a computer from scratch for just a few thousand yen. 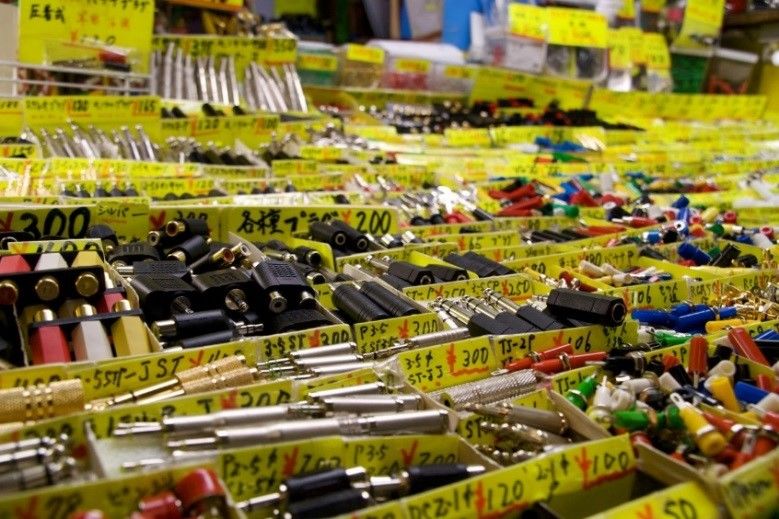 Tucked away in Akihabara’s side streets are many shops offering a variety of electronic components.

The introduction of Nintendo’s wildly popular Family Computer console in the 1980s sparked Akihabara’s growth into a mecca of otaku culture. Stores selling game software began to spring up, followed by those specializing in anime goods, figurines, manga, and other pop culture items, and eventually maid cafés and other shops featuring unique themes.

To the west of JR Akihabara Station runs Chūō-dōri. Clustered along the south end of this road near Manseibashi are many of the area’s oldest electronics stores, including Onoden and Laox. To the west of the station runs Shōwa-dōri, where flagship stores of Yodobashi Camera and other retail chains can be found. Akihabara is located a mere five-minute train ride from Tokyo Station on the JR Keihin-Tōhoku and Yamanote lines and is also accessible by subway and the newly built Tsukuba Express. 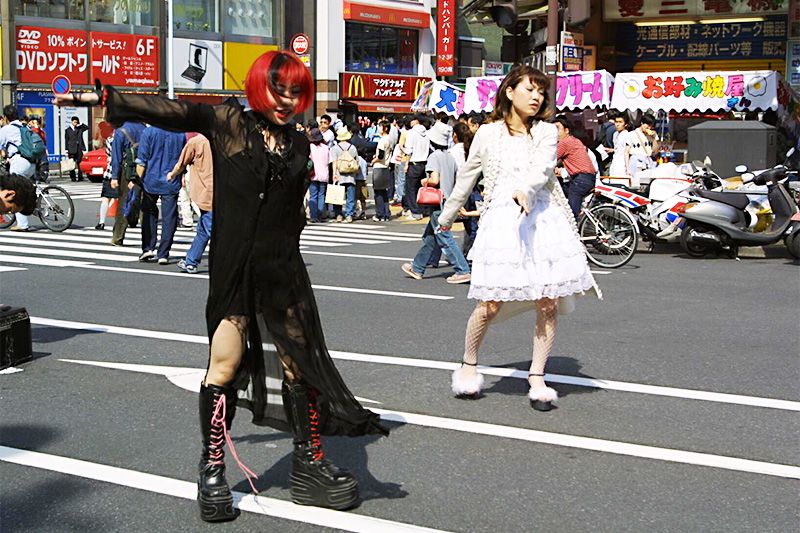 Cosplayers are a common feature in Akihabara. (© Jiji)

The majority of Akihabara’s shops catering to computer, anime, and game lovers are located in and around Electric Town, which sets along the east-west running Kandamyōjin-dōri. This is also where many of the area’s prominent maid cafés can be found.

On the west side of Chūō-dōri are such recognizable edifices as the Akihabara Radio Center, filled with shops specializing in electronic components and devices, and the Akihabara Radio Kaikan, which mainly sells otaku goods. The Tokyo Anime Center and the theater for the idol group AKB48 are also located here.

Frequent visitors to the district often refer to it simply as “Akiba.” The area’s reputation as a pop culture center has also produced the term Akiba-kei, or “Akiba-type,” to describe the otaku that gather in Akihabara’s shops and cafés.

These are some of the main attractions of Akihabara, but the area is brimming with other things to discover. Otaku culture runs deep and visitors will likely come across impromptu photo events sparked by the appearance of a well-known local idol or a group of cosplayers. While the neighborhood is a must-see for all fans of electronics, technology, anime, manga, and video games, it has equal charm for the less pop-culture-minded visitor.