Society Culture May 21, 2016
Guests at minshuku can expect to enjoy classic Japanese family hospitality along with meals based around fresh vegetables and other local produce.

Make Yourself at Home

Minshuku are traditional lodgings, usually run by a family. They appeal particularly to those travelers who want to enjoy a leisurely stay at a Japanese-style accommodation. 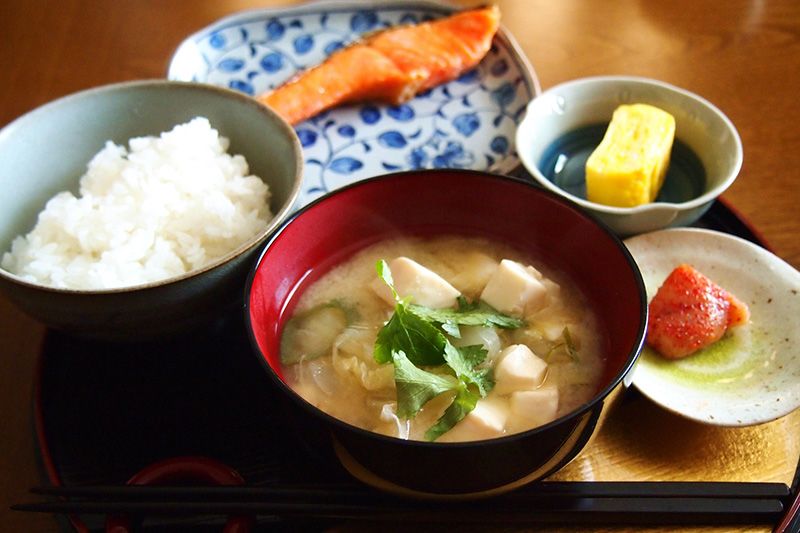 At minshuku, guests often stay in a converted part of the owners’ house. It is common for guests and owners to eat in the same dining area and share the same facilities, including bathing areas and restrooms. The recent increase in international visitors to Japan has encouraged a growing number of minshuku to offer services in English.

Rural residents, often those involved in farming and fishing, established the first minshuku by opening sections of their homes to accommodate seasonal traffic at ski slopes, beaches, and summer resorts. The lodgings were run as side businesses, and were clearly distinct from larger and more expensive hotels and ryokan inns. There are now many proprietors that run minshuku as their main business, with some larger operations blurring the line between Japan’s various types of accommodation. 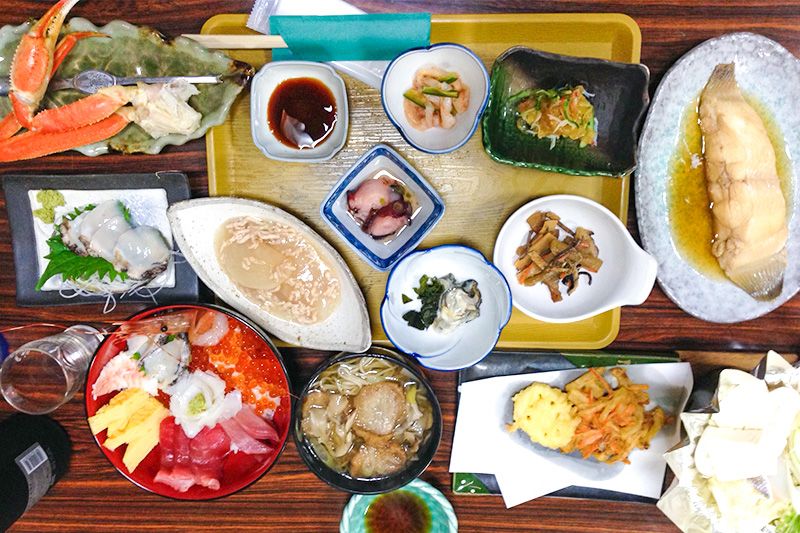 Dinner at Tsunomiya in Minamisanriku, Miyagi Prefecture. A night’s stay with two meals costs from ¥6,800.

Despite these changes, minshuku remain characterized by their family hospitality, including cooking based on locally sourced vegetables, fish, and other produce. As the managers and family members staff the kitchen, however—rather than a specialist chef—dishes are frequently based on simple, traditional recipes using quality seasonal ingredients. Recently, many establishments looking to boost their appeal offer more elaborate meals, but at less cost than the extravagant fare common at high-end hotels. This enables many minshuku to offer a night’s stay and two meals for under ¥10,000. The reasonable prices contribute to the enduring popularity of this form of accommodation. 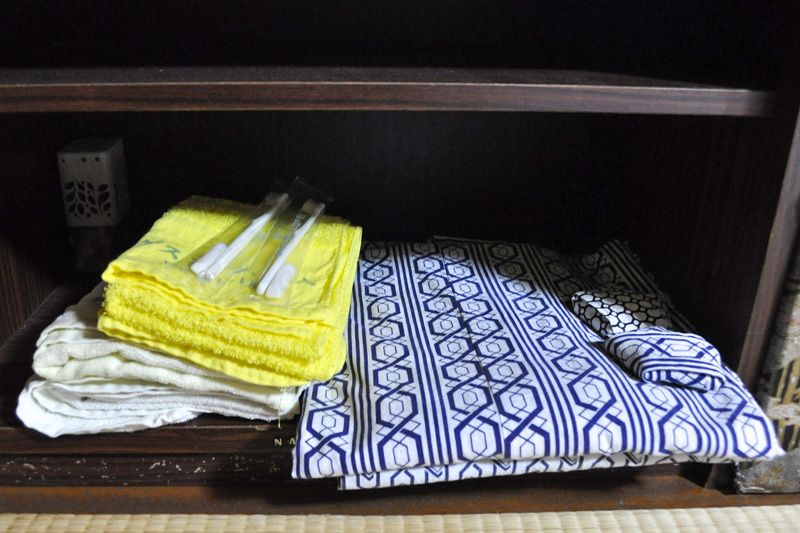 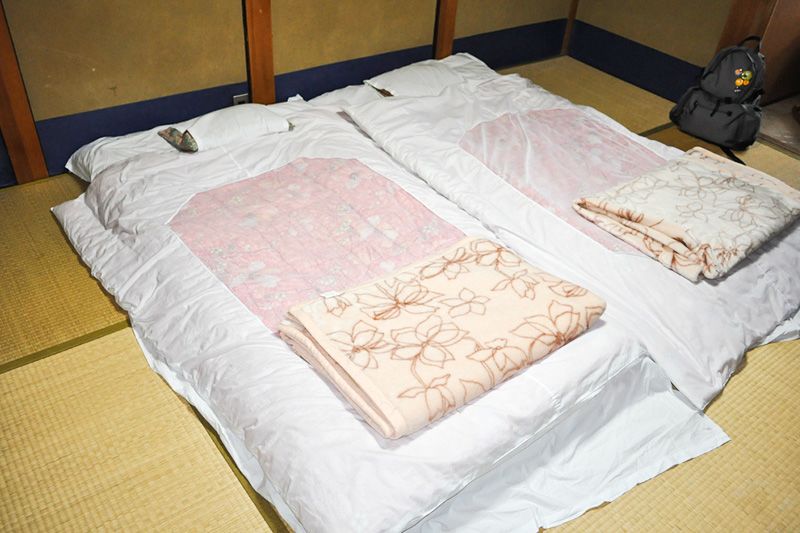 Futons laid out in a tatami room.

Along with meals and quaint interior, minshuku guests can enjoy a distinct Japanese atmosphere when retiring by donning a yukata robe and curling up on futons in a room floored with tatami mats. Incidentally, Western-style lodgings of a similar size are commonly known in Japan as penshon (pensions).

Some specialized establishments hark back to the roots of minshuku by offering the kind of rustic accommodation found in farming or fishing villages. The basic facilities become part of the charm, serving to accentuate the pleasures of fresh air, natural surroundings, and peace and quiet. Guests might take part in agricultural activities or learn how to make seasonal dishes from local residents, gaining a deeper sense of the way of life in a rural community.

Some local farmhouses may maintain facilities similar to those used in Japan centuries ago. For example, establishments may have a cast-iron bath known as the Goemonburo, which is heated by stoking a fire beneath the tub. It takes its name—perhaps alarmingly for prospective modern bathers—from the legendary robber Ishikawa Goemon who was said to have been boiled to death in an iron cauldron. Lodgings may also have an irori or sunken hearth, used for heating the room and cooking.

In 2005 the government eased laws, allowing minshuku to operate on a smaller scale than previously permissible. While minshuku are small in scale, it should be noted that the practice of renting out private rooms to guests through Airbnb and other services, known as minpaku—the government moved in 2015 to regulate these types of lodgings—is entirely different.

More and more minshuku can be booked online today, making it easier to enjoy their family-style hospitality. 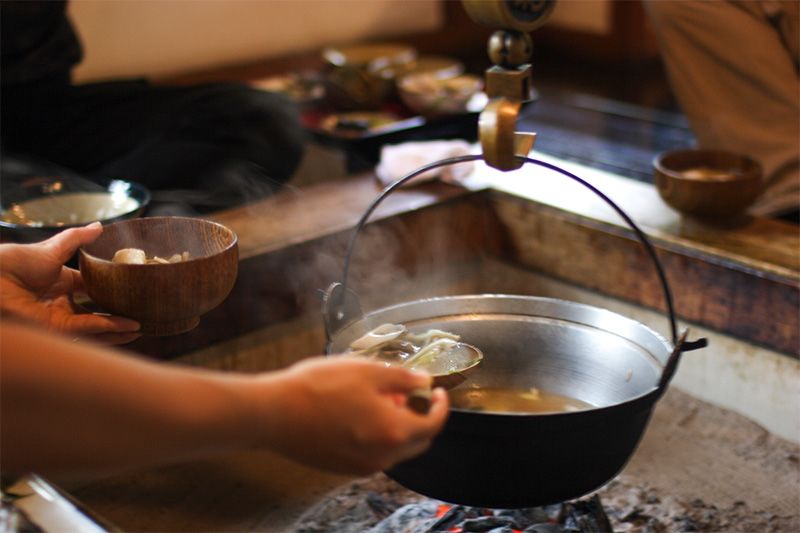