Society Culture Lifestyle Jun 27, 2015
Enjoying a coffee break in Japan does not require a trip to a café, but can be done easily and inexpensively by purchasing a can of coffee. A wide selection of flavors and styles of this popular drink are available from vending machines and stores.

Putting Coffee in a Can

Japan’s ubiquitous canned coffee first appeared in 1965. It was the creation of Miura Yoshitake, a coffee shop owner in Hamada, Shimane Prefecture, who took inspiration for the product from the many canneries operating in the area. The first company to mass produce kan kōhī, as it is known in Japanese, was UCC, which released its well-known and popular brand in 1969 after company president Ueshima Tadao decided to develop a coffee that could be easily enjoyed anywhere.

A Drink for All Occasions 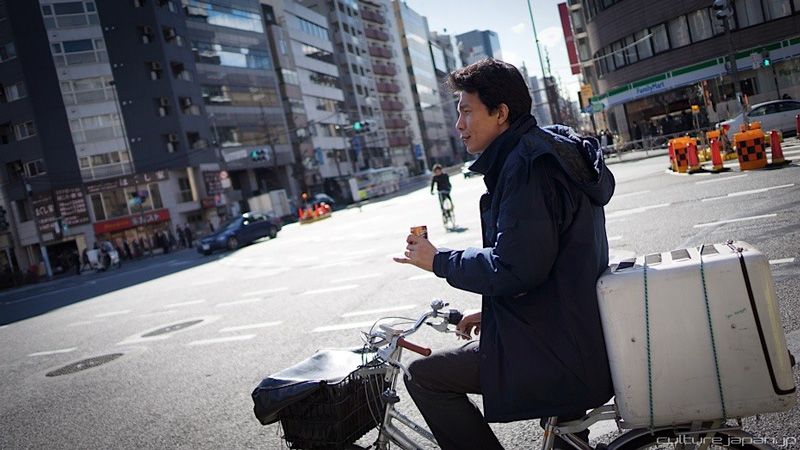 Canned coffee can be enjoyed in a wide variety of settings.

Over the decades Japan has developed a deep affinity for canned coffee. Today there are a vast number of styles and brands available at convenience stores, station kiosks, vending machines, and other locations. Japanese on average guzzle around 100 cans per person annually, according to a 2012 survey by the All Japan Coffee Association. To keep up with the Japanese palate, beverage companies produce over 100 new varieties each year. 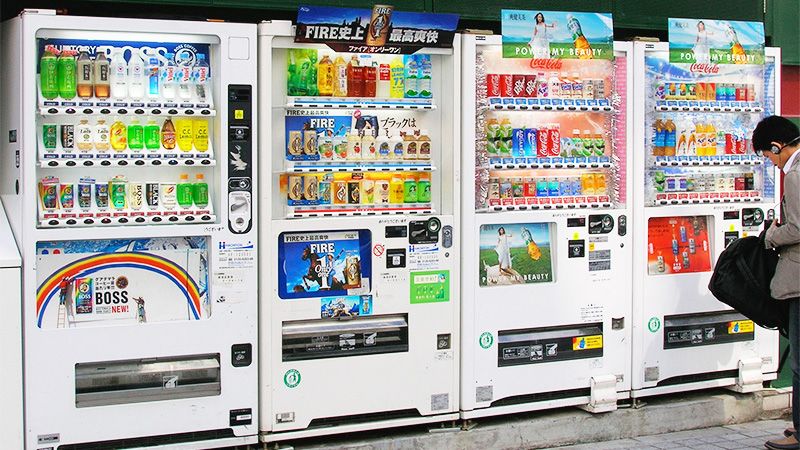 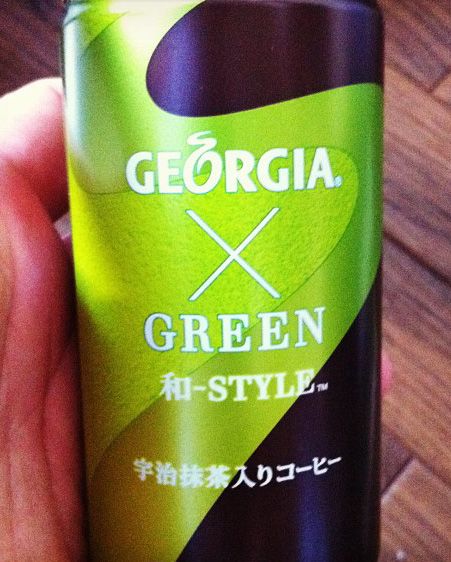 Beverage companies regularly release new varieties of canned coffee, such as this this one by Georgia featuring matcha (powdered green tea).

Price has contributed to keeping canned coffee a popular choice. Most varieties are inexpensive, costing roughly half the price of a cup at a standard café. On average, cans cost ¥120 to ¥150, although there are discount brands as well as pricier gourmet blends. Major brands include Wonda, Georgia, Boss, Roots, and Fire. Another pillar of success for canned coffee has been selection, with each brand offering over 30 varieties, including regular, black, espresso, caramel, cappuccino, and mocha as well as low-sugar and artificially sweetened varieties.

Can sizes vary from short, 190-millileter drinks to those in taller 250 mL containers. There are also resealable varieties with screw caps available in 285 mL and 400 mL sizes.

For the early part of its history, canned coffee came in small-mouthed dispensers that were opened by a tab. However, the introduction of wide-mouthed, screw-cap cans allowed consumers to enjoy the aroma of coffee, opening the way for beverage companies to market new varieties of gourmet blends. Popular varieties include those containing specially ground espresso beans. According to AJCA figures released in 2015, while sales of traditional canned coffee have remained steady over the past decade, sales of wide-mouth cans have grown by around a factor of five. These cans now account for some 20% of total canned coffee sales. 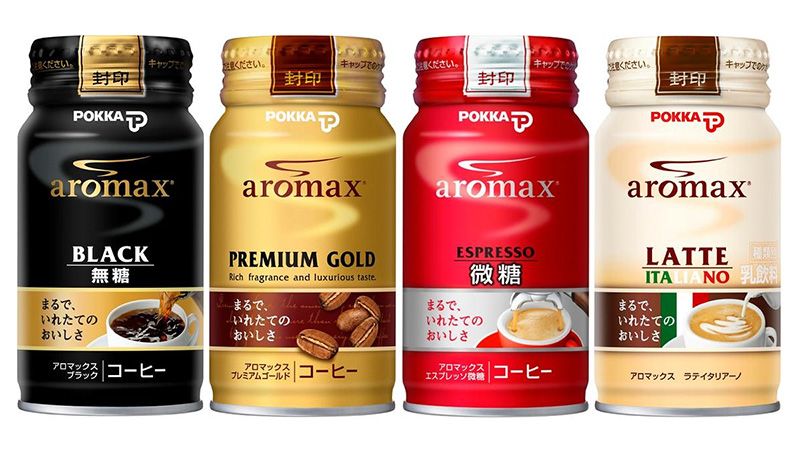 Iced coffee first appeared in Japan during the Meiji era (1868–1912). However, without refrigeration, many Japanese took a hint from a centuries-old technique for chilling fruits and vegetables, placing coffee in a glass jar and setting it in a bowl or stream of fresh well water. In the modern age, chilled and sweetened coffee remains a popular choice during Japan’s hot and stifling summers, although chilling now takes place inside vending machines and convenience store refrigerators.

Hot or cool, a can of coffee can be easily enjoyed with a quick visit to a nearby shop or vending machine. The best way to understand the multifaceted charm of canned coffee is to try it. A list of different brands and varieties is available on the website Kunion.com.

(Banner photo: An advertisement for Boss coffee on a vending machine; courtesy of Meredith P. on Flickr.)