Lifestyle Feb 11, 2016
Wearing surgical-style masks, primarily to prevent the spread of illness, has become a part of social etiquette in Japan. The custom was spurred on by the H1N1 influenza epidemic of 2009, and there are now a huge variety of masks on sale.

The sight of crowds of Japanese people wearing surgical masks can be a puzzling one for foreign tourists, but has become commonplace over the last decade or so. They are usually worn to help prevent the spread of colds and flu in winter and to protect against pollen in the spring allergy season. The custom first developed as a reaction to the 1918 Spanish flu pandemic, but its scale has increased massively over the past several years. In 2018, Japan produced or imported over 5.5 billion masks.

Total sales of disposable face masks amounted to ¥35.8 billion in 2018, according to marketing consultant firm Fuji Keizai. A Kobayashi Pharmaceutical survey discovered that the proportion of Japanese people who wore masks every day due to having the flu or being concerned about it rose from 18% in 2008 to 30.6% in 2011. A later survey by Softbrain Field found that the most common reason people wore disposable masks was to prevent colds or flu, while the second most common was because they were sick at the time.

To many in the West, a picture of someone with a mask will summon up images of heavy air pollution. There is not the same automatic association with the prevention of illness, and in several contexts their use could be viewed as impolite. In Japan, however, donning a mask when battling the sniffles has become a part of social etiquette. 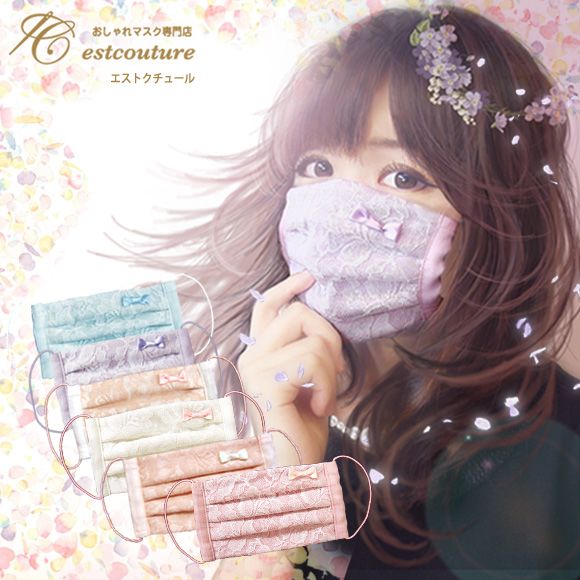 With the increasing acceptance of masks, many Japanese people have begun to use them for other purposes. One in three respondents to a survey of women aged under 30 by Oriconme said that they had worn masks to hide their face at least once, with the main reason being that they were not wearing makeup. Recent media discussion has also focused on the growing number of young people using them as defensive barriers due to social awkwardness.

To appeal to fashion-conscious young women, some companies are now using colorful designs or masks that make the face look smaller, a continuing craze in Japan. Black masks, mainly for men, were also a big seller at Tokyū Hands in early 2015.

Drugstores and convenience stores typically sell four or five varieties of masks all year round. Standard masks that aim to block viruses or pollen from entering have filters made from nonwoven cloth and may be pleated, fitting closely to the face, or three-dimensional in shape.

There are many different kinds, including those with wet filters to maintain moisture in the throat, which helps it to fight the effects of colds or flu. Even after the main season from winter to spring, some people don these masks in summer to counter the effects of dehumidifying air conditioners. There are also masks specially designed to prevent glasses from fogging up, which is a common drawback.

Figure skater Hanyū Yuzuru, who won Olympic gold in Sochi, drew media attention in the spring of 2015 when he arrived in Shanghai Airport wearing a high-tech mask with nine layers of filters. Its manufacturer, the Japanese firm Clever, also donated 10,000 masks coated in chemicals that kill 99% of viruses to Guinea, Liberia, and Congo for health workers to use during the Ebola outbreak. 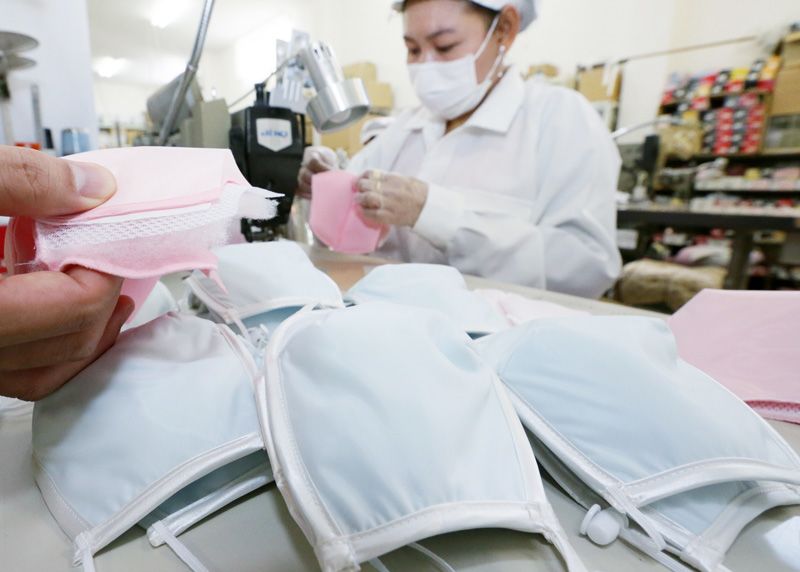 No matter how advanced the masks are, it is important to find one that fits properly. There are sizes available for everyone from toddlers to large-faced adults. With all the different kinds available, choosing the right one may seem overwhelming to mask novices.

(Originally published in February 2016; minor updates to statistics in January 2020. Banner photo: People wearing masks in Ginza in early March, at the height of the allergy season. © Jiji.)