Society Culture Apr 6, 2016
A host of stylish and inventive stationery products made in Japan have achieved success in both the domestic and global marketplace.

Staple-free staplers, pens with erasable ink, colorful removable masking tape, and other innovative stationery products are hugely popular in Japan. They are also winning fans around the world with their high quality, stylish design, and affordability.

Frixion pens, produced by Pilot, are the standout success of the Japanese stationery lineup. Because Japanese children mainly use wooden or mechanical pencils in schools, the company first looked overseas, launching the pens in France in 2006. Their ability to quickly and cleanly erase after writing helped them carve out an immediate place in the local market. Global expansion followed, and by April 2014, Pilot had sold more than a billion Frixion pens worldwide. The ink, which took over 30 years to develop, is erased by the heat generated by rubbing it with the special eraser on the end of the pen.

No Staples, No Problem

Along with ease of use, many products have gained a following for surprising features that overturn user expectations. 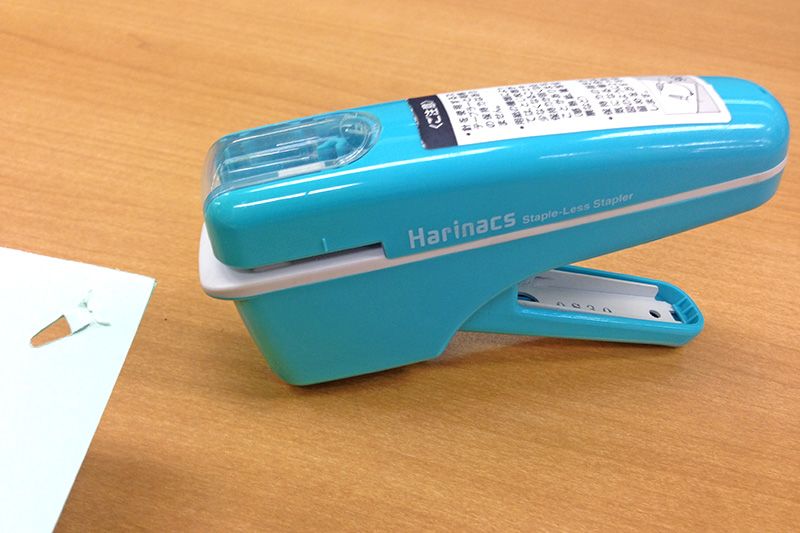 Take the Harinacs stapler, which joins papers together, like the traditional office equipment, but without using staples. It works by punching an arrow shape in the documents and folding this back to fix the sheets in place. Not needing to refill it with staples makes it convenient to use and safer for children, too. It also makes office shredding and recycling easier, as joined documents can be put directly into the shredder or bin without removing staples. In 2014, Kokuyo released a new “press” variation of the Harinacs—whose name plays on hari nakusu, “doing away with staples”—that crimps papers together under pressure. This is aimed at customers who don’t want to make holes in their documents.

Another Kokuyo hit is the Kadokeshi eraser, which plays on the general preference for using corners when rubbing out by drastically boosting their number. Instead of the standard 8, it has 28 corners. Having more than three times as many corners makes it simpler to erase precisely. The product was a million-seller within a year of its May 2003 launch and was selected for the design collection of the Museum of Modern Art in New York. As of December 2014, cumulative sales for the erasers stood at around 14 million.

The Kadokeshi eraser (© Kokuyo) and the Plus Guard Your ID Roller Stamp, which blocks out personal information.

The Plus Guard Your ID Roller Stamp (known in Japan as Keshipon) is used for a different kind of erasing. Those concerned about privacy can apply the ink stamp to cover up personal information, such as names and addresses on mail, before disposal. 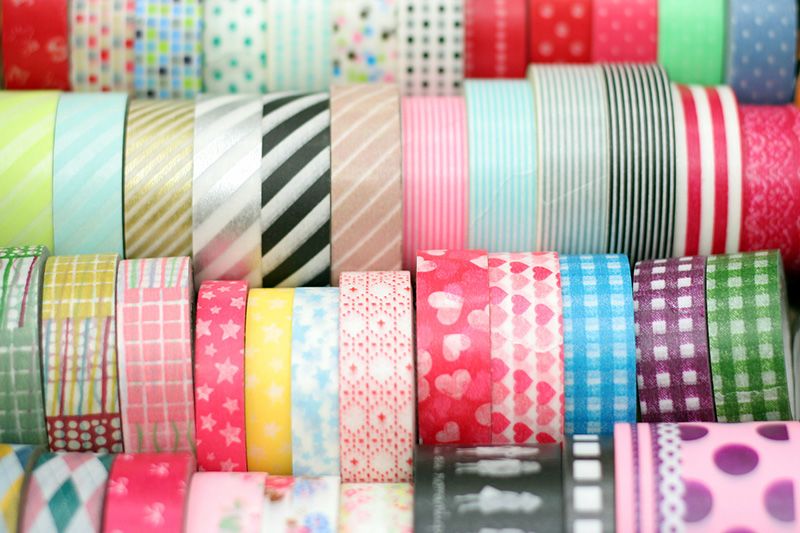 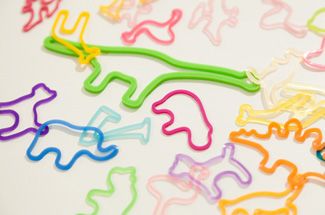 Kamoi Kakoshi’s MT brand of washi masking tape, meanwhile, appeals to lovers of all things kawaii. It is based on the originally utilitarian removable tape used in construction work to prevent surfaces from getting dirty. The range of colorful patterns has made it an essential tool for craft fans, who use it to create cards, spruce up gifts, and add a little charm wherever it is needed. Photos of creative application of the tape on sites like Pinterest have helped it acquire a following overseas.

Also in the realm of cuteness, rubber bands in the shape of animals are among the many playful everyday products offered by H Concept.

Itōya in Ginza, one of Japan’s most famous stationery stores, was founded over a century ago. In an age of Internet shopping, it has remained competitive by focusing on attractive displays and allowing customers to try out products before buying. Kyūkyodō, also in Ginza, is another distinguished store boasting more than 350 years of history, which fills with bustling crowds of shoppers eager for such traditional items as washi paper goods and brush-like pens (fudepen). Apart from dedicated outlets, stationery can also be found in stores like Muji and convenience stores, as well as 100-yen shops for the budget-conscious. 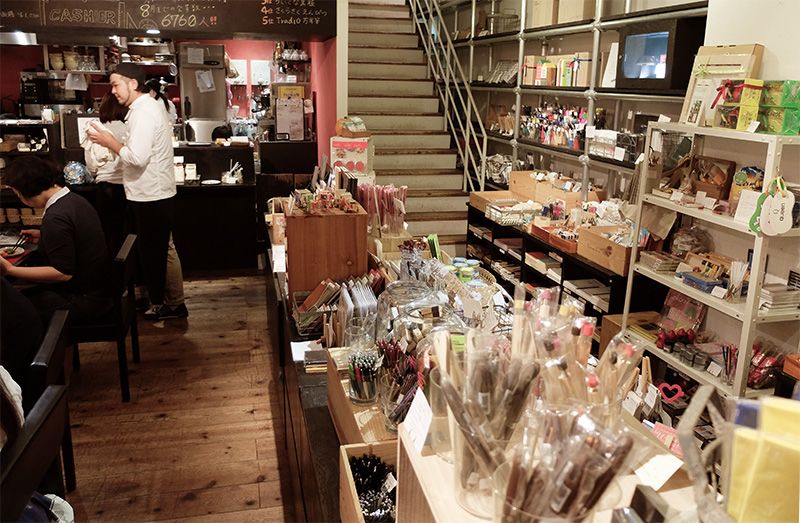 In 2012 Bunbougu Café (literally “stationery café”) opened in the Omotesandō district of Tokyo. As well as selling stationery, it allows customers to freely scribble away with the establishment’s pens, colored pencils, and other products while they are eating and drinking. Those who pay to become members receive special keys that open drawers at 50 tables with different stationery items in each one. As of August 2015, the café had more than 6,000 members.Japanese companies once bought simple stationery items to supply to their employees, but with the economic downturn, many now longer do so. This means stationery companies are increasingly targeting individuals who buy products for themselves and want to express their own personalities. A new emphasis on innovation has helped businesses to thrive.Everyday life is becoming more digital, but many still enjoy the personalized, analog pleasures of stationery products.(Banner photo: Frixion pens at Itōya in Ginza.)