Culture Nov 24, 2017
Izakaya are popular places to drop in for a drink and a bite to eat with friends or work colleagues. Shops usually have a casual atmosphere and offer a range of beverages and food.

Izakaya, Japanese-style pubs, are places to eat and drink in relaxed surroundings. They are generally reasonably priced, although there are also high-end establishments. Izakaya are common around the country and tend to cluster near railway and subway stations. Japanese beer, sake, and shōchū are standard items on drinks menus, with nonalcoholic options also available. There is usually a wide range of food choices, often consisting mainly of traditional Japanese fare. Dishes are intended to be shared among members of the group. While the cost of a meal depend on the type of establishment and how much customers order, a typical bill runs from around ¥2,000 up to ¥7,000 per person.

Traditional izakaya have table and counter seats. They may also have tatami areas where customers must remove their shoes. There are many individually owned establishments, but since around 1975 corporate izakaya chains have offered a convenient and approachable, if less authentic, alternative. With low prices, set menus, and standard interiors, these have become popular with younger customers, women, and families. Some have menus with photographs and English descriptions. 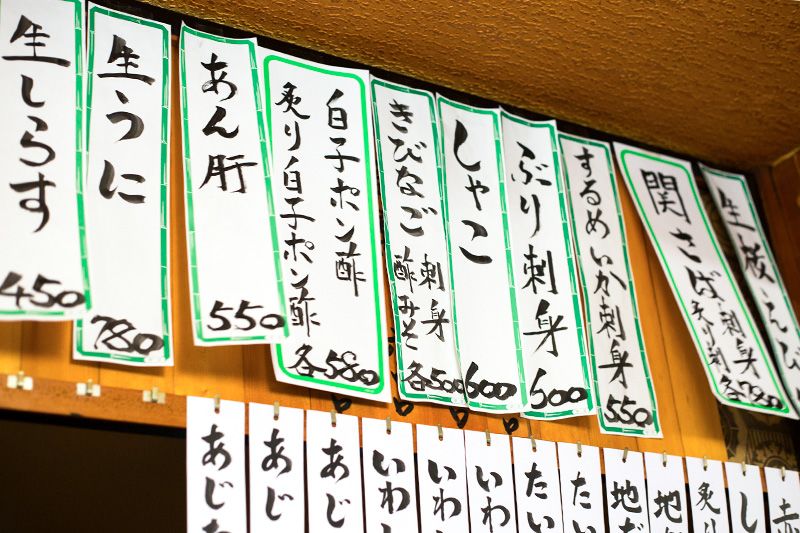 Menu items displayed on the wall of an izakaya.

After customers are shown to their seats, staff lay out plates and chopsticks. The first stage is to order drinks, usually alcoholic. A small tsukidashi appetizer is often served along with the first round of beverages. It may be free, but generally costs around ¥300–¥500 and serves as a seating charge. 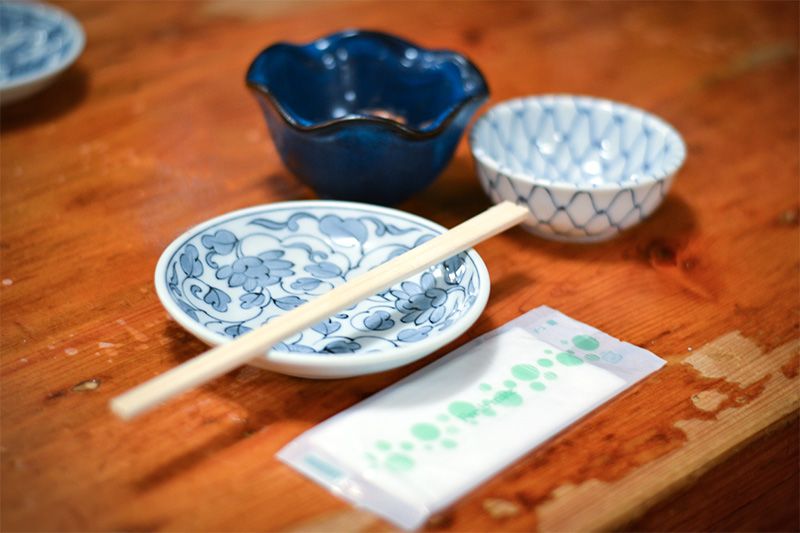 A place laid out with a plate, chopsticks, paper napkin, soy sauce dish, and appetizer.

After the drinks arrive, clink your glasses together, say cheers (kanpai in Japanese), and start relaxing. When ready to order food, raise a hand to attract staff (some establishment make this easier by equipping tables with call buttons). Apart from the menus on tables, items and prices are often written on wall displays. There are even a few chains that allow customers to order using touch-pad menus.

Selection will vary by restaurant, but some long-standing favorites are hiyayakko (chilled tofu), karaage fried chicken, sashimi, edamame soybeans, and yakitori. There are also local and seasonal specialties. 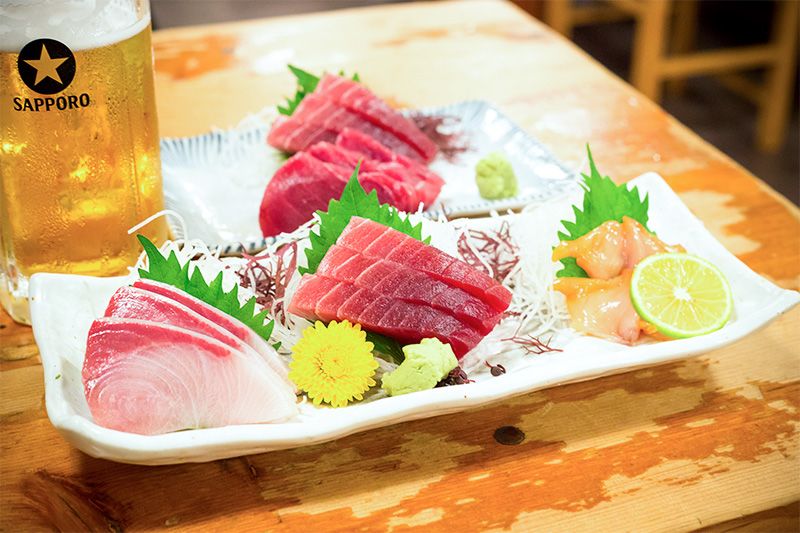 Sashimi in the foreground includes (from left) hamachi (amberjack), tuna, and akagai clam. They are served on a bed of shredded daikon radish and with a dollop of wasabi. 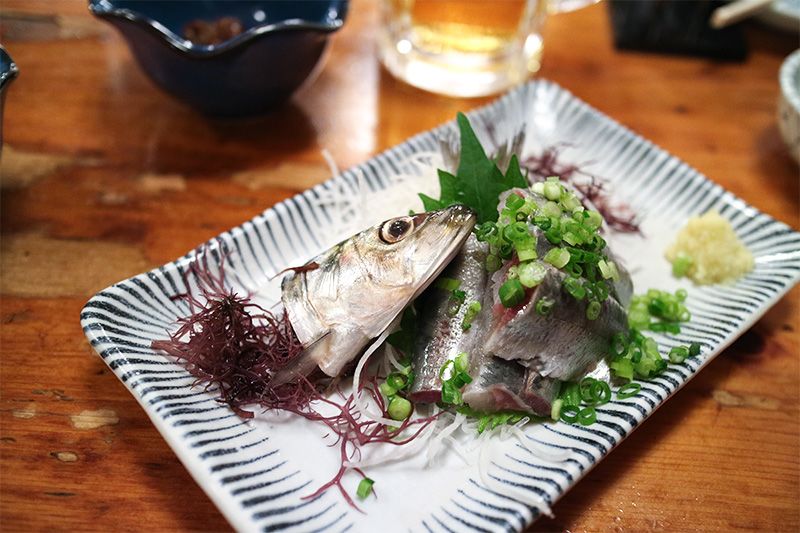 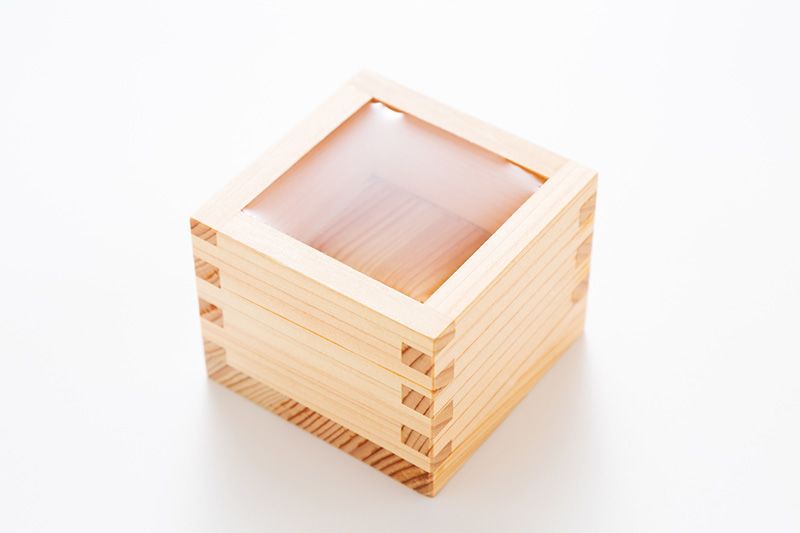 As there were no glass bottles at the time, breweries delivered orders to izakaya in large wooden barrels. Proprietors lined the barrels up near the entrance and served drinks in wooden measuring containers called masu. At the time, drinking was the main reason to go to izakaya and eating was a secondary concern. The establishments became the favorite drinking places of common Japanese citizens. 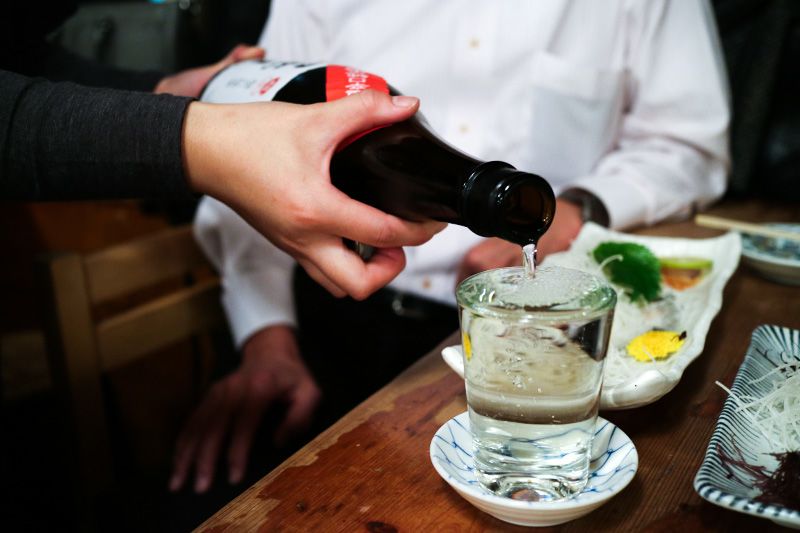 Customers can order draught beer (nama bīru) served in glass mugs or bottled beer (bin bīru) to pour themselves. Traditionally sake is served hot or at room temperature, but chilled reishu is also popular. Shōchū are distilled spirits typically made from rice, barley, or sweet potatoes. They can be drunk on the rocks or mixed with cold or hot water. When shōchū is mixed with fruit juice or flavored syrup and soda it is called chūhai or sawā, a "sour." As sake and shōchū varieties can differ greatly according to climate and production method, it is fun to compare a range of brands from around the country. 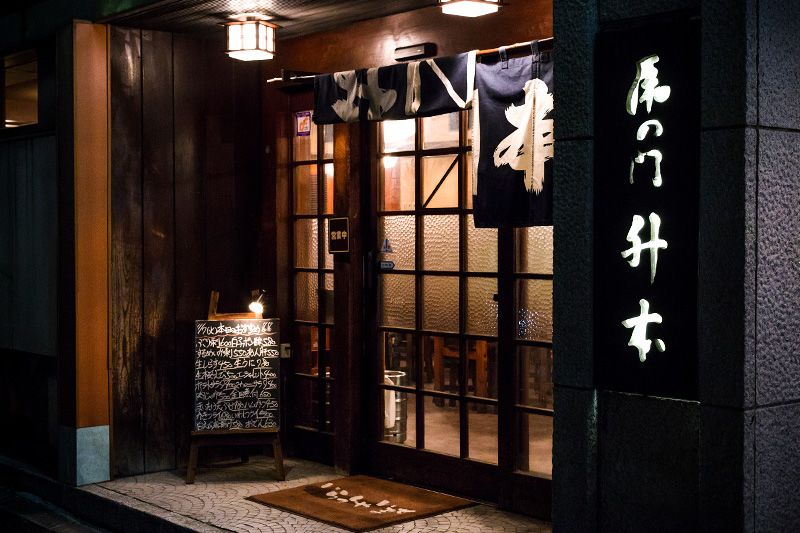 With thanks to Masumoto in Toranomon for letting Nippon.com take the photographs in this article.