“Mochi” Rice Cake: A Food for All Seasons

Food and Drink Dec 22, 2018
Pounded rice cake called mochi plays a central role in Japanese seasonal festivals like New Year. This sticky treat is also an ingredient in a variety of traditional sweets and recipes.

Mochi, or rice cake, has been an important food in Japan since antiquity. It is made by pounding steamed glutenous rice into a paste and then molding it into differently sized portions. Mochi is used in a wide range of dishes and even serves as an offering in many religious ceremonies.

The strain of rice used to make mochi originated in Southeast Asia. It is believed to have arrived in Japan at the same time that rice cultivation began on the archipelago some 2,000 years ago. Known in Japanese as mochigome, the short-grained rice is sometimes eaten in its grain form, steamed, but is more commonly pounded and consumed in the form of rice cake.

According to traditional beliefs, mochi is imbued with divine energy. Since the early Heian period (794 –1185) it has been a common ritual offering in both Shintō and Buddhist traditions. Making rice cake for special occasions, like seasonal festivals, has been an important way of bringing local communities together for centuries. In a custom known as mochi-tsuki, freshly steamed mochigome is pounded by hand using a wooden mortar and hammer, and the resulting rice cake is distributed among participants.

Mochi has an especially important role in New Year celebrations. Japanese homes traditionally display a stacked pair of rounded rice cakes, known as kagami mochi, to welcome the New Year deities. The chewy food is also a regular ingredient in such holiday dishes as zōni, a hearty soup eaten on the morning of the first day of the year.

Mochi-tsuki involves pounding rice cake in a wooden mortar. The mochi is then divided into different portions. 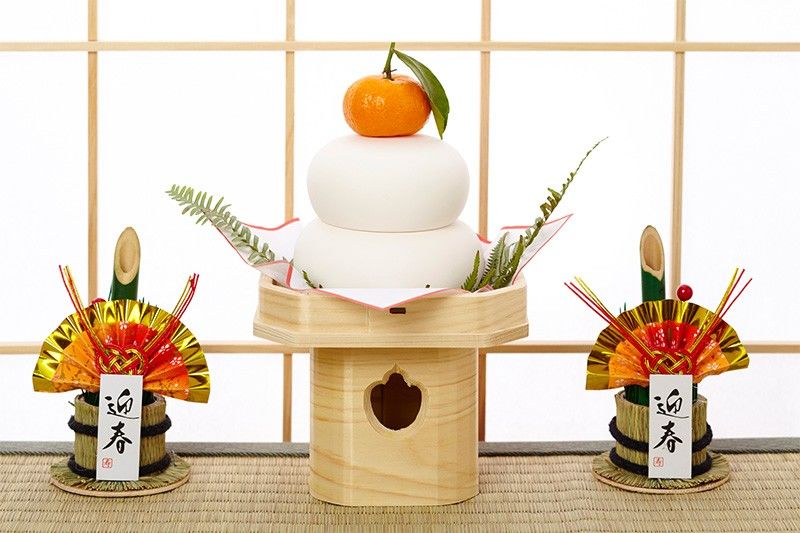 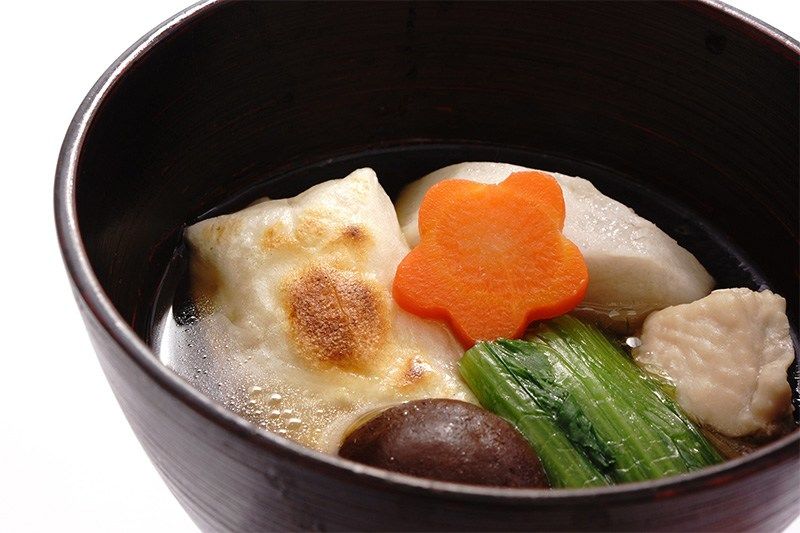 Mochi is a key ingredient in zōni, a soup often eaten on January 1.

Mochi is found in a wide variety of Japanese sweets, including many of the ornate confections used in the tea ceremony. Red, white, and green hishi mochi and pink-tinged sakura mochi are enjoyed during the hinamatsuri (doll festival) on March 3, and kashiwa mochi, rice cake filled with red bean paste and wrapped in an oak leaf, is a popular treat for tango no sekku—also known as Boys’ Day—on May 5.

Rice cake also lends a celebratory feel to many important life events. Red and white kōhaku mochi is given out on occasions like school entrance ceremonies and weddings and also when dedicating the newly built frame of a house. 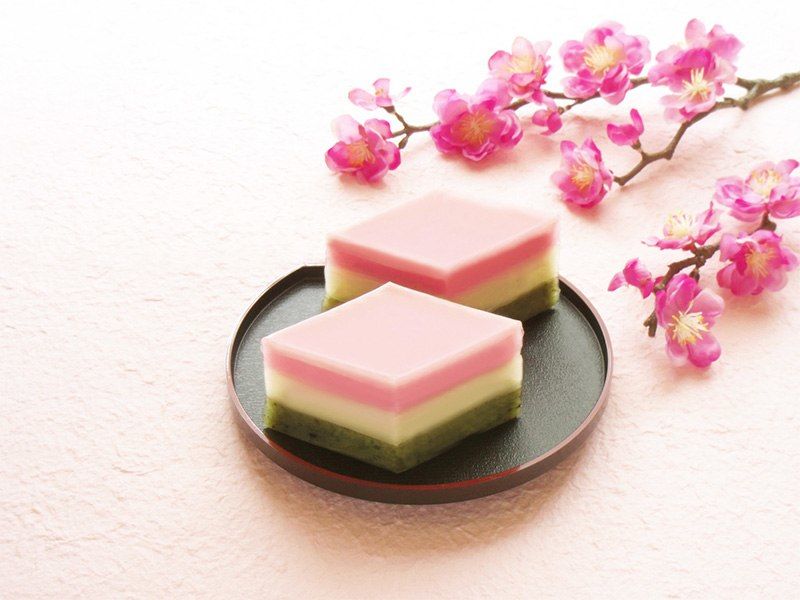 Sticking to Your Ribs

While mochi was once a festival food, made only when a community or a large family came together for a holiday, it is now a standard ingredient available in supermarkets. Rectangular, individually packaged rice cake called kiri mochi is typically used for cooking. This versatile food is included in hot pot dishes like nabe and oden and also enjoyed grilled and slathered in soy sauce or sweet bean paste. Mochi with a coating of sweetened soybean flour (Abekawa mochi) or wrapped in nori (isobe maki) are popular snacks, and some people add a Western touch by grilling it in butter or with cheese. 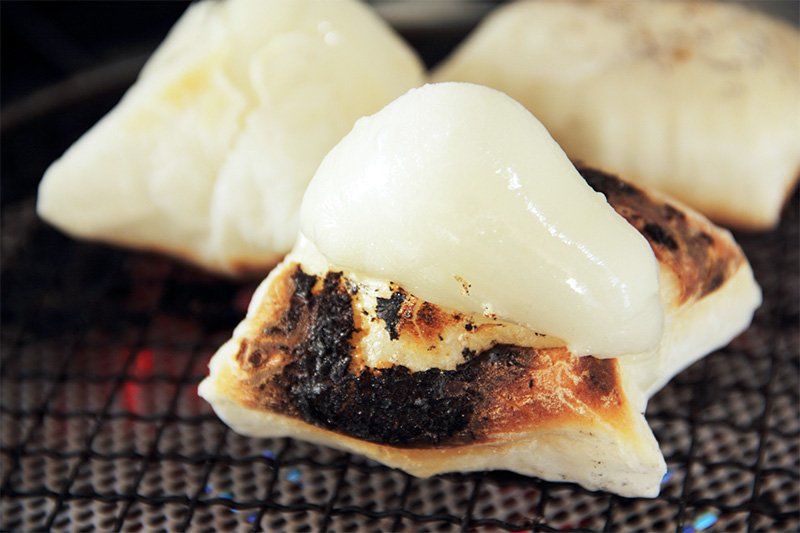 Mochi balloons over a charcoal grill.

Many cooks use sliced mochi to add chewiness to dishes like okonomiyaki, a type of savory pancake, as well as distinctly non-Japanese fare like pizza, gratin dishes, and gyōza pot stickers. 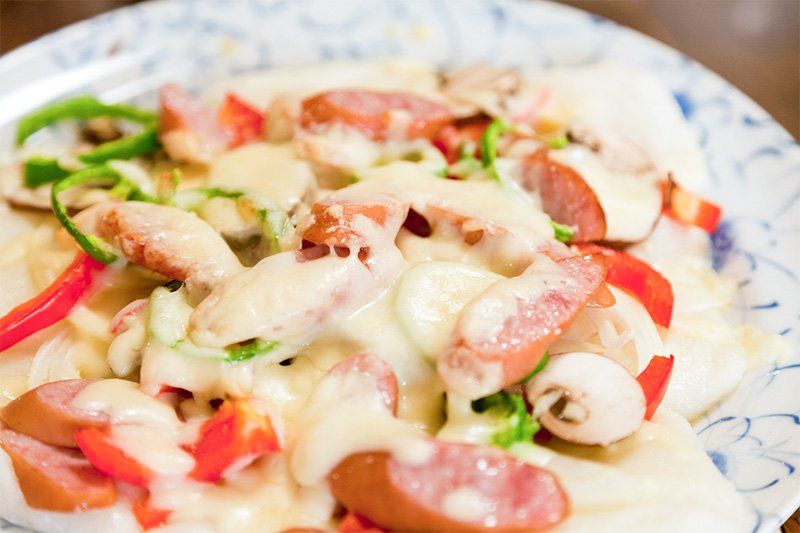 Mochi-based goodies like daifuku are popular snacks and come with a range of fillings, including both smooth and coarse bean paste or even a whole strawberry. Rice-cake confections like nama-yatsuhashi from Kyoto and varieties featuring local specialties such as matcha or yuzu are also popular souvenirs. 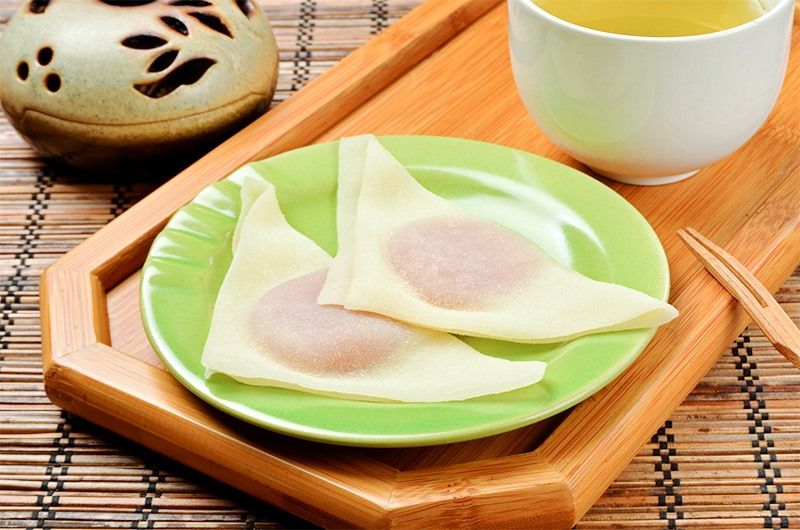 Nama-yatsuhashi are a favorite Kyoto souvenir. 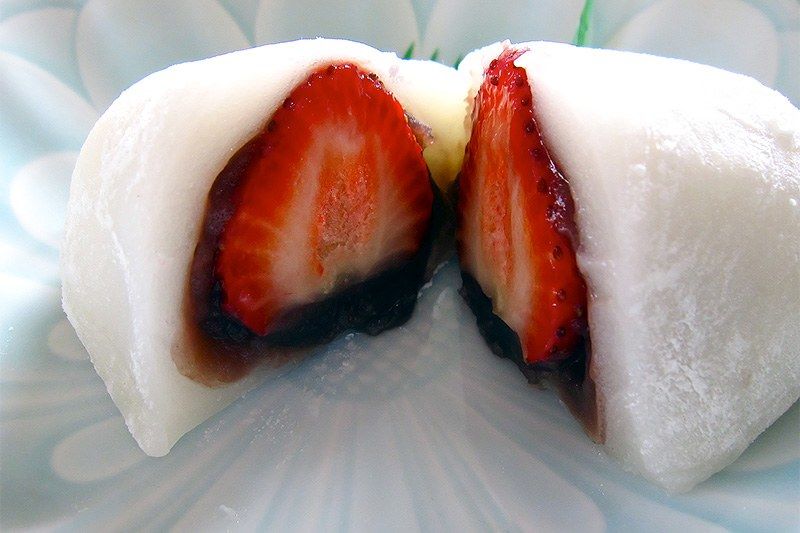 Not everything about mochi is festive, though. The sticky nature of the food makes it easy for young and old diners to choke on, and each year the New Year season is marked by news of the number of ambulances sent out to rescue people who bit off more than they could chew. Cutting mochi into small, manageable pieces is advisable if you’re enjoying it in a home with toddlers or elderly members.

(Banner photo: Steamed mochigome rice is pounded into mochi with a wooden hammer and mortar. Photos by Pixta.)